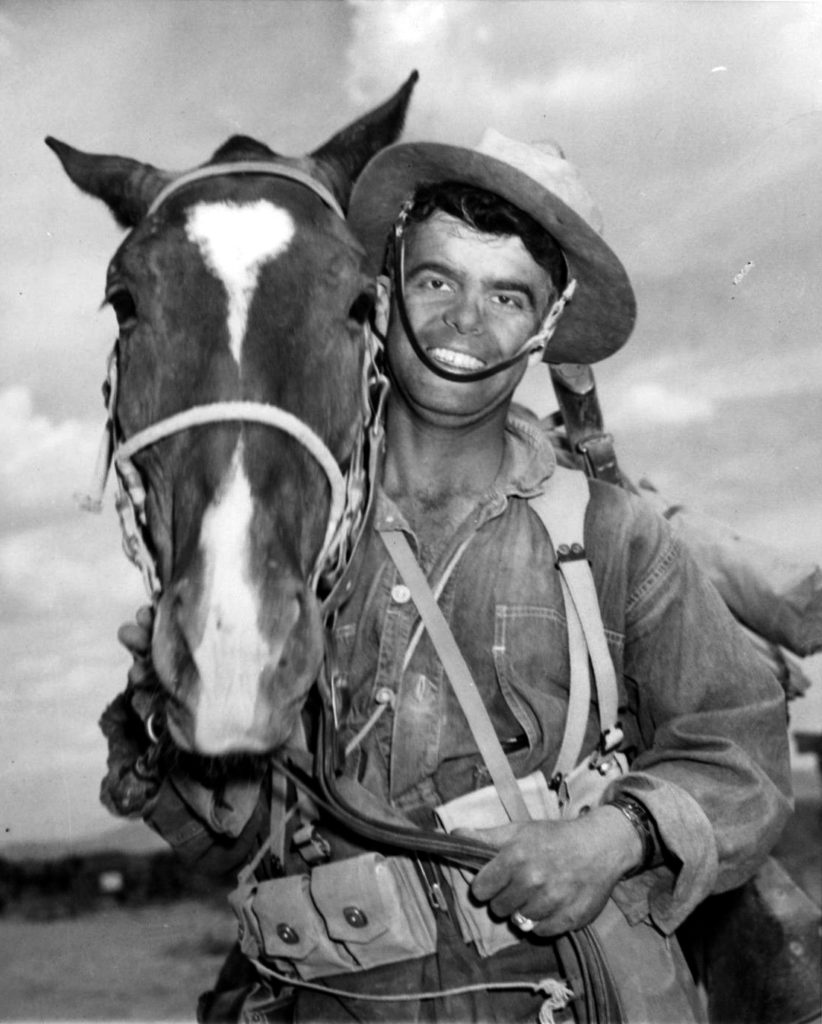 The activation of the 9th Armored Division created several logistical problems at Fort Riley and Camp Funston. The installations that had accommodated a single division were now home to a division and an additional Cavalry Brigade. Consequently, the 4th Cavalry Brigade HQs and the 10th Cavalry relocated to Camp Lockett, California. The 9th Cavalry, although still assigned to the brigade, moved to Fort Clarke, Texas. As the number of black personnel entering the Army rose, the need for Negro units for these soldiers to join also increased. In November 1942 the War Department directed that the 2nd Cavalry Division would be reactivated and that two new black regiments would be assigned. It was also announced that the 2nd Cavalry Division, now the Army’s third black division, would remain divided between Texas and California.

Construction was started at both posts since neither had the facilities to support an entire division. The work completed, the 2nd Cavalry Division (Colored) (Horse) activated on Feb 25, 1943, with the HQs at Fort Clarke. The 9-Cav and the 27-Cac, active at the Texas post, were the assigned troops of the 5th Cavalry Brigade. The 10-Cav and the 28-Cav, located at Camp Lockett, made up the 4th Cavalry Brigade. Filled using recruits straight from the induction centers, the 2nd Cavalry Division spent most of the spring and summer of 1943 training its soldiers. The division provided these men with their basic training as well as instruction in Cavalry operations. The divisional training as a whole, however, would not be tested. Stating that there was no intrinsic need for a second cavalry division, the War Department had devised a plan to use the 2-CD personnel to form needed service units.

Black community leaders, reacting against the criticism of the performance of Negroes in combat units, protested the possible conversion of the division. The debate over the capabilities of black units continued but the decision concerning the status of the 2-CD was already made. The War Department ordered the division to be shipped overseas where the conversion would take place.
So, during the month of Jan 1944, the 2-CD was dismounted and shipped back east for deployment abroad. Arriving in North Africa during March, the division began losing its elements that same month. Divisional units were inactivated and their personnel funneled into support and service units. The 2-CD was inactivated on May 10, 1944, off the North African coast and has not been active since that time.

KIA none – WIA none – DOW none

If you can add more infos to this archive (potos, texts, diaries), use the form below.