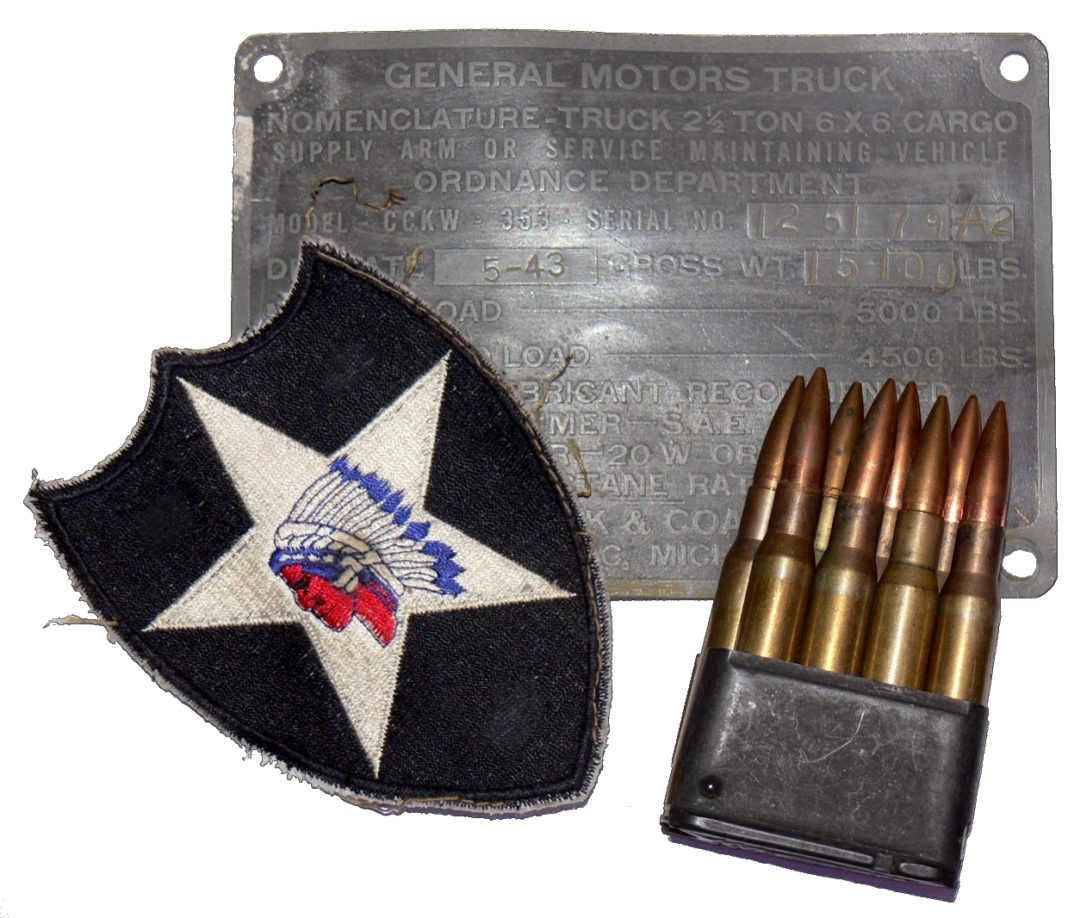 (Document Source) Operations of the 1st Battalion, 9th Infantry Regiment, 2nd Infantry Division, Indian Head, in an Hasty Defense against a German Panzer Force Attack in the north of Krinkelt-Rocherath, December 17, to December 18, 1944, during the Battle of the Bulge, Belgium. Personal Experience of a Battalion Executive Officer.
Maj William F. Hancock

Introduction. This archive covers the operations of the 1st Battalion of the 9th Infantry Regiment (2nd Infantry Division) in the defense against the German counteroffensive in December 1944. In order to orient the reader, it will be necessary to discuss briefly some of the major military operations which led up to this action.

On June 6, 1944, the Allied Armies successfully invaded the continent of Europe and by early December, had pushed inland across France and Belgium. The US 7-A and the French 1-A invaded the southern coast of France on

Aug 15, 1944, moved rapidly north, and joined the US 3-A on the German Border. Here, the Allied Armies faced the Bunkers and the Dragoon’s Teeth of the German Siegfried Line also known as the West Wall. The Siegfried Line consisted of mutually supporting defenses in depth. These defenses were built around reinforced-concrete pillboxes. The US 1-A prepared plans for the continuation of the attack through the Siegfried Line. 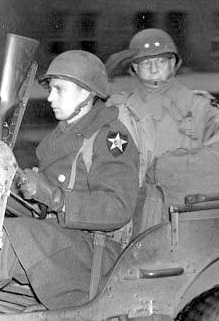 Gen Walter M. Robertson’s 2-ID landed in France on D+1 and fought through the hedgerows country of Normandy as part of the US V Corps. On Aug 16, the Indian Head Division was withdrawn from the Normandy fighting and moved to the vicinity of Brest, France, to participate in the capture of the city.

On Sept 18, the city of Brest fell and the 2-ID was again on the move across France and into Belgium. The division closed into

an assembly area in the vicinity of St Vith, Belgium, and prepared to move into a defensive position in the Schnee Eifel region. The division moved into positions into the Schnee Eifel and remained there until Dec 11. At this time the division was relieved by the 106-ID and moved to the north to rejoin the US V Corps in the vicinity of Elsenborn, Belgium, in preparation for the planned US 1-A attack through the Siegfried Line.

General Situation. Since the middle of the month of Sept 1944, the attention of the US 1-A had been directed at the Roer River dams. It was realized that no large scale crossing of the Roer River below the dams could be undertaken until the dams were in friendly hands. Orders for the V Corps, as part of the 1-A, to attack and secure the Roer River dams were issued on December 7. 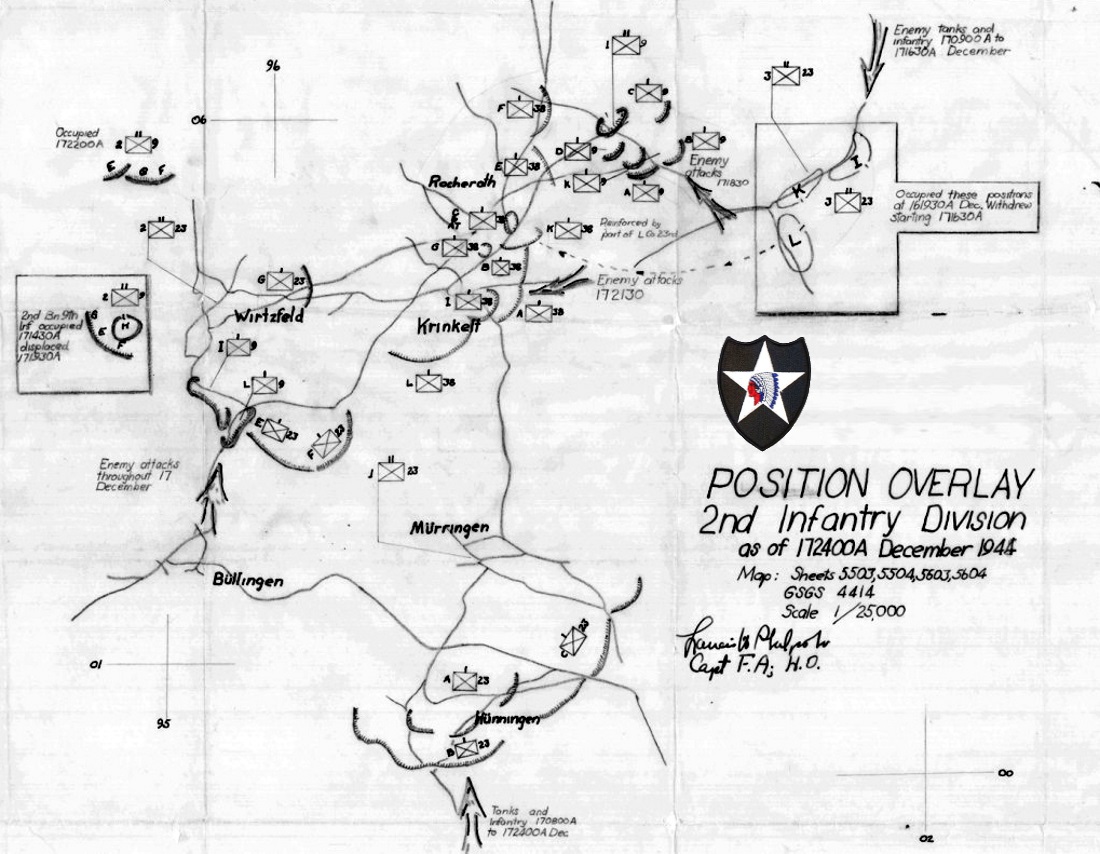 According to the V Corps plan, the 2-ID was to seize successively the following objectives, the vicinity and road junction northwest of Arenberg, the ridge southwest of the road junction west of Schöneseiffen, the Harperscheid Schöneseiffen area and the Dreiborn area, the Herhahn Moresbach, a large area including the nose north of Dreiborn, the vicinity of Wollseifen, and the important Urft Talsperre (Urft Dam).

Objectives of the 99-ID were to attack in conjunction with the 2-ID and to capture the high wooded ground west of Hellenthal and south Haperscheid.
The operations of the 78-ID were to be in three phases. During the first phase, the initial effort was to push east from the Lammersdorf area to seize the high ground at Kesternich and then the high ground west of Rurberg overlooking the Paulushoff Dam area from the west. During the second phase, it was to support this action on the right of its initial effort by seizing Konzen, Imgenbroich, and Eicherscheid. During the third phase, it was to drive through Rollesbroich, and seize Steckenborn, advance up the ridge and seize Schmidt. Turning southeast, it was to secure a final objective on the Roer west of Hasenfeld, including the Hasenfeld Dam. 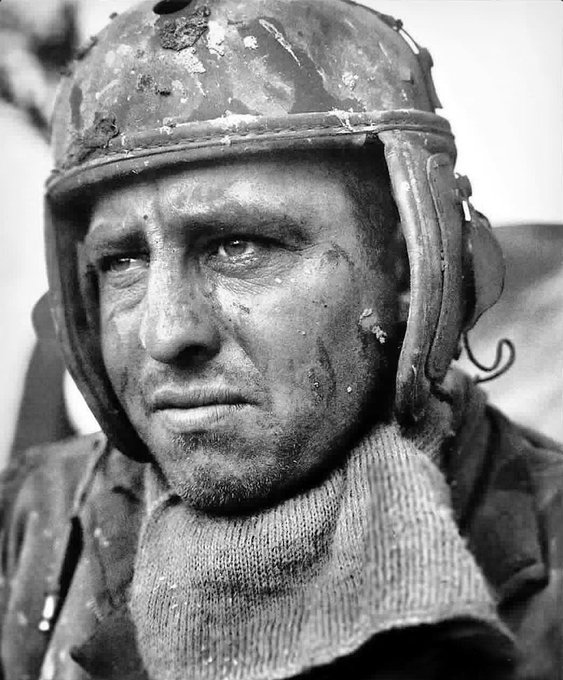 The 8-ID’s efforts were limited to maintaining pressure along the Kall River, and in being prepared to attack on the Corps order into the Kommerscheid Schmidt area to secure objectives in the Gemünd Forest between Hasenfeld and the south of the Kall River. The 102-CG; CCB 9-AD and CCR 5-AD were held in Corps reserve. The attack moved off on Dec 13. 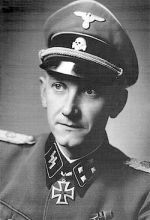 On the morning of December 16 1944, the German counteroffensive began in pré-dawn attacks all along with the 99-ID’s sector of the V Corps.

During the afternoon, the orders from higher Hqs stated that the V Corps was to continue the attack on December 17. The 6.Panzer-Army threatening the 2-ID was spearheaded by the 1.SS-Panzer-Division and the 12.SS-Panzer-Division. These two Divisions were the German Elite troops, meticulously trained, who doubtless would be used in a sector where success was vital to the overall German strategy.

The 12.SS-Panzer-Division (Hitlerjugend) was described as fanatical and their one aim was to kill as brutally as possible. Prior to the attack, the division commander had addressed the troops as follows, I ask you and expect of you not to take any prisoners with the possible exception of a few officers to be kept alive for questioning.

Opposite to the 12.SS-Panzer-Division were the battle-tested troops of the 2-ID. Their morale was high. The terrain in the area was generally rolling an in some sectors covered by heavy forest. Wirtzfeld, Rocherath, and Krinkelt commanded an important road net that led to Elsenborn.

The weather was cold and generally cloudy. The ground was covered with about one and a half feet of snow and ice. During the night of Dec 16, a heavy fog settled over the countryside, and observation became extremely poor. Supplies were well forward and constituted no immediate problem. 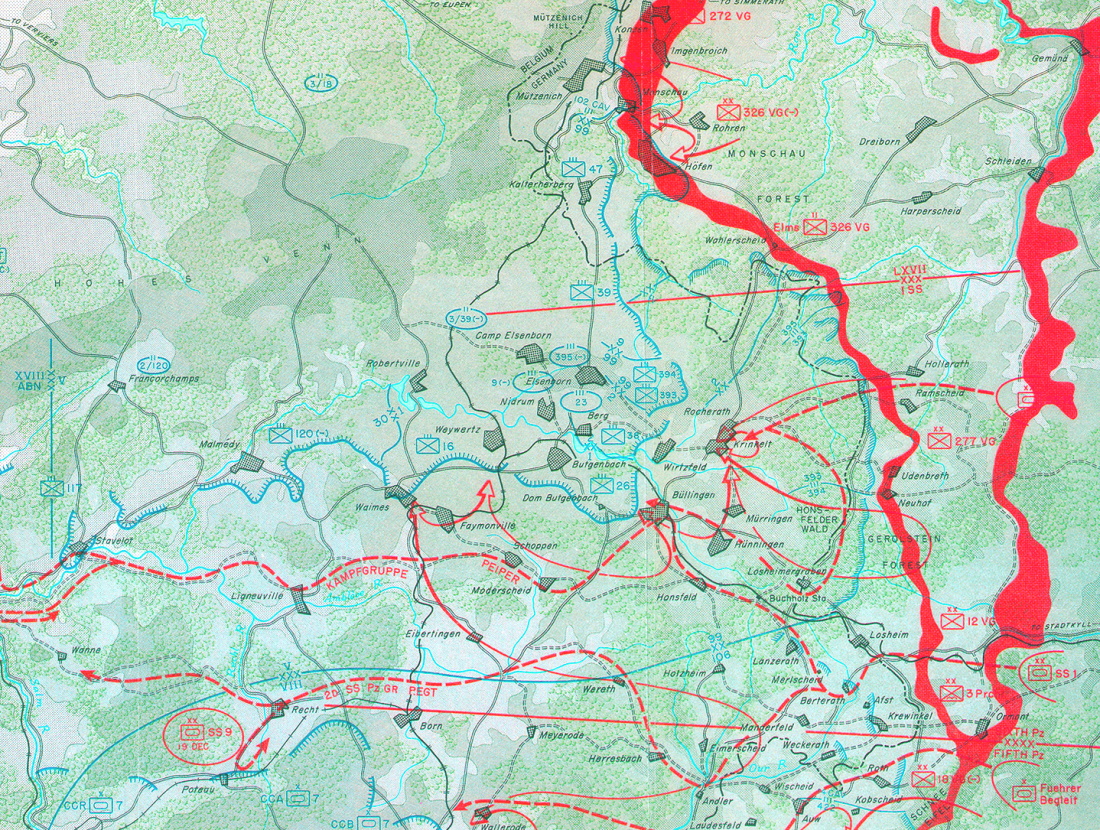 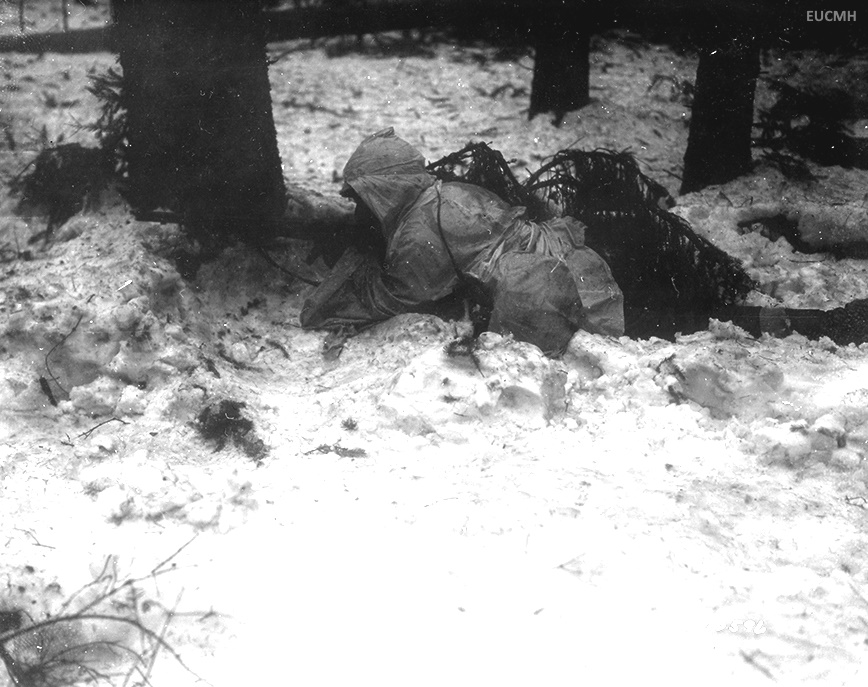 Gen Walter M. Robertson, CG of the 2-ID Indian Head, took immediate steps to cope with the situation. Higher Hqs had not sensed the extent of the threat and ordered a continuation of the attack towards the Corps’ objectives on December 17. Robertson, on the spot, sized up the situation and acted decisively. When reports came in that the elements of the 2-ID and the 99-ID had been overrun, the 2/23-IR was ordered to move from its assembly area north of Rocherath to a position south of Krinkelt and Wirtzfeld.

After hearing of the rapid deterioration of the defenses east of Rocherath in the sector of the 393-IR (99-ID), Robertson intercepted the 9-IR column 4000 meters northeast of Rocherath. The regiment was moving in a column in order of 2/9-IR, 3/9-IR, and 1/9-IR. 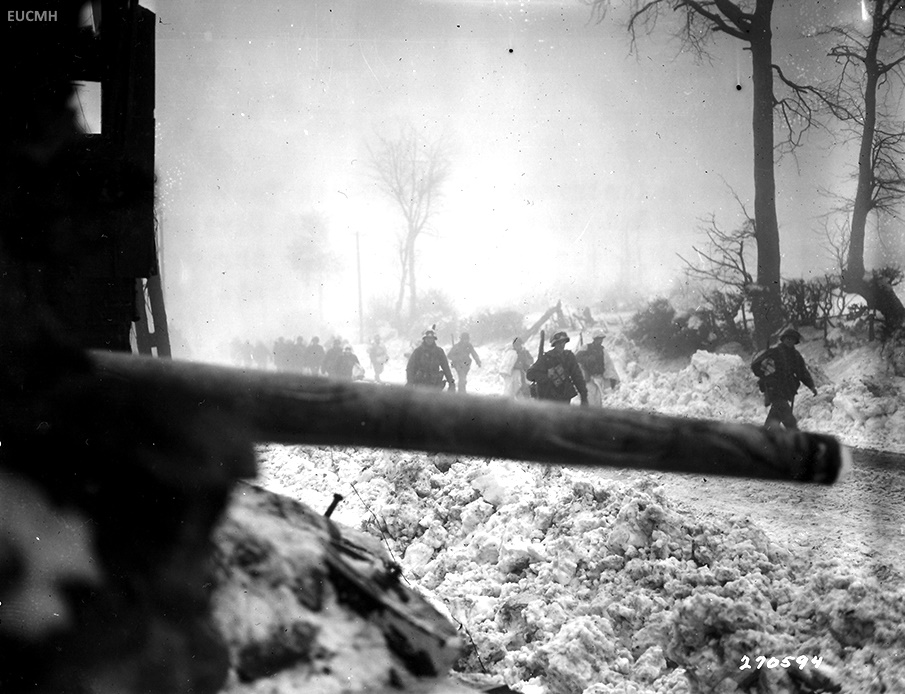 Robertson decided to cut the column. He directed King Co and some elements of Hqs Co 3/9-IR, to go into position on the crossroads 2000 meters northeast of Rocherath. He then proceeded down the road and met the 1/9. Here, he ordered the 1/9 to move into a defensive position 2000 meters northeast of Rocherath and hold the position at all costs until ordered to withdraw. Gen Robertson stated that he had already directed some elements of the 3/9 into the same position and that one platoon of the 644-TDB (T) was in position covering the road crossing.

Robertson instructed then Col McKinley, the CO of the 1/9-IR, that he would take command of any troop that attempted to withdraw through the road crossing from the northeast. The division commander further stated that two battalions of the 38-IR were to withdraw down the road from Wahlerscheid to Rocherath and that the crossroads had to be hold until the 2-ID was able to form a defensive line to the west.

Battalion Situation. At 1700, the 1/9-IR moved to the road crossing and began organizing its defenses. King Co and thirty men from Hqs Co (3/9-IR) with a Platoon from the 644-TDB were already in position at the road crossing. With these reinforcements, the battalion was brought up to approximately sixty-five percent strength. The terrain in the area was generally flat with a gradual rise in the direction of the expected attack. A small ridgeline lay 200 meters west of the crossroads. The battalion ammunition vehicles included a 1.5-ton truck and four jeeps with trailers.

These vehicles were located 600 meters in the rear of the defensive positions. The ammunition vehicles carried a basic load of ammunition and in addition, seventy-five rounds of bazooka ammunition along with fifteen extra bazookas. During a short rest period in early Dec, the battalion commander had directed the training of extra bazooka teams within each company. 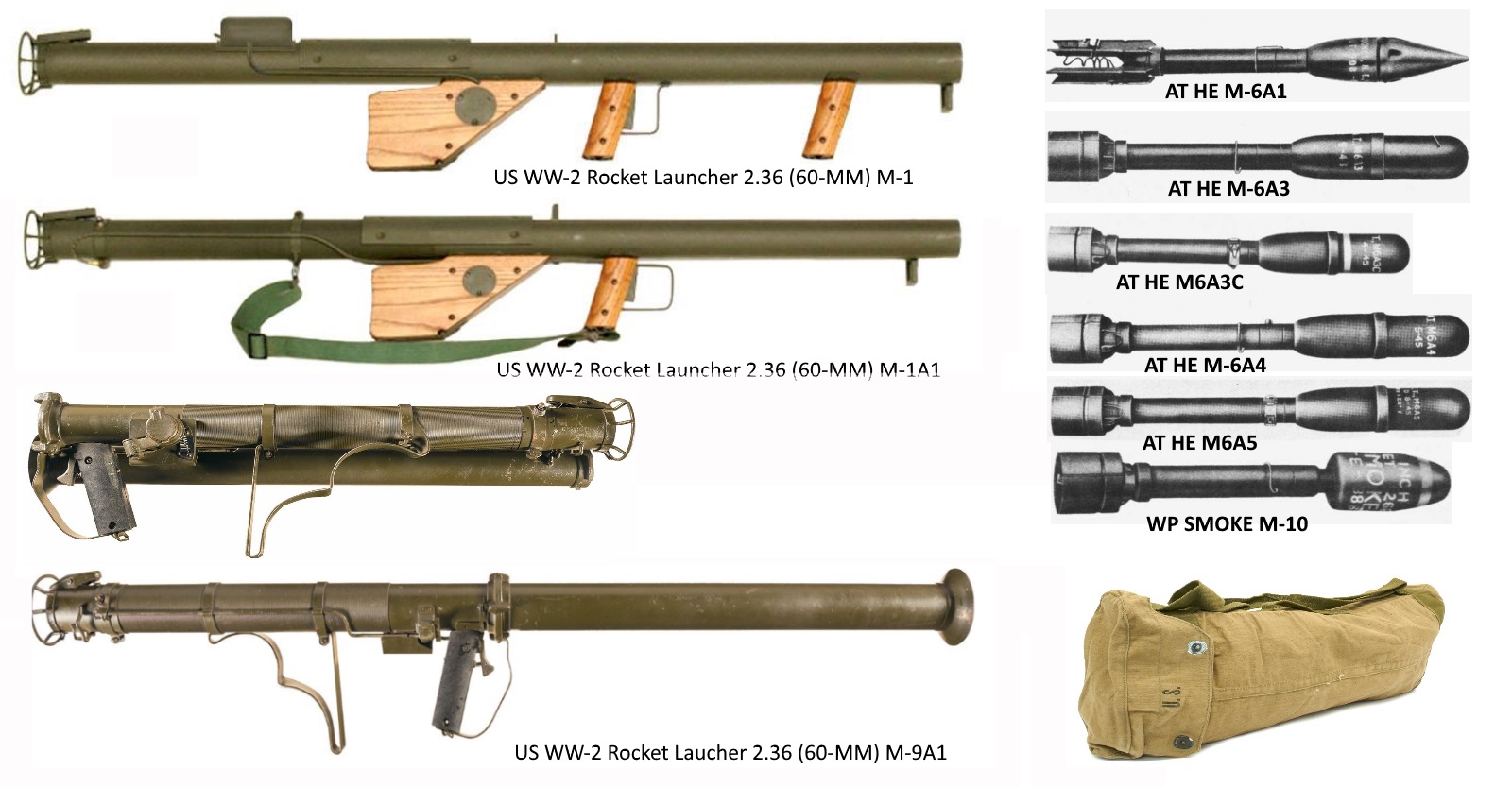