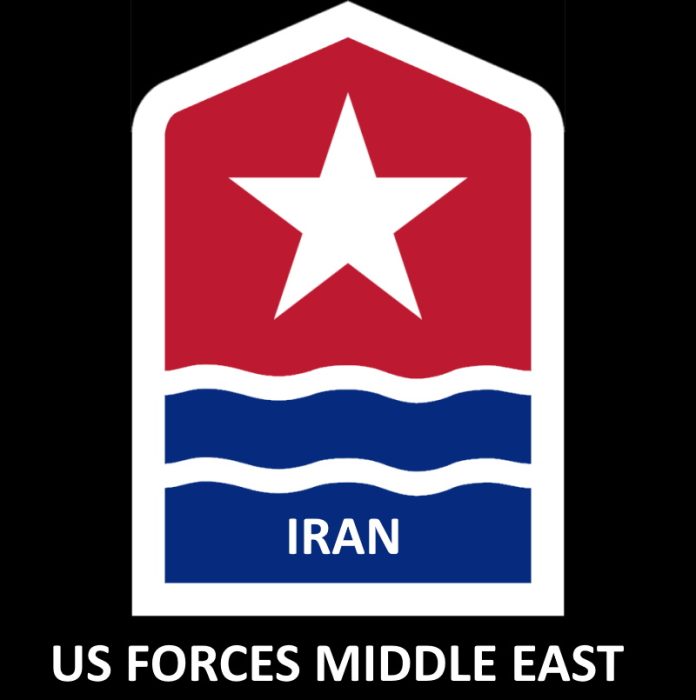 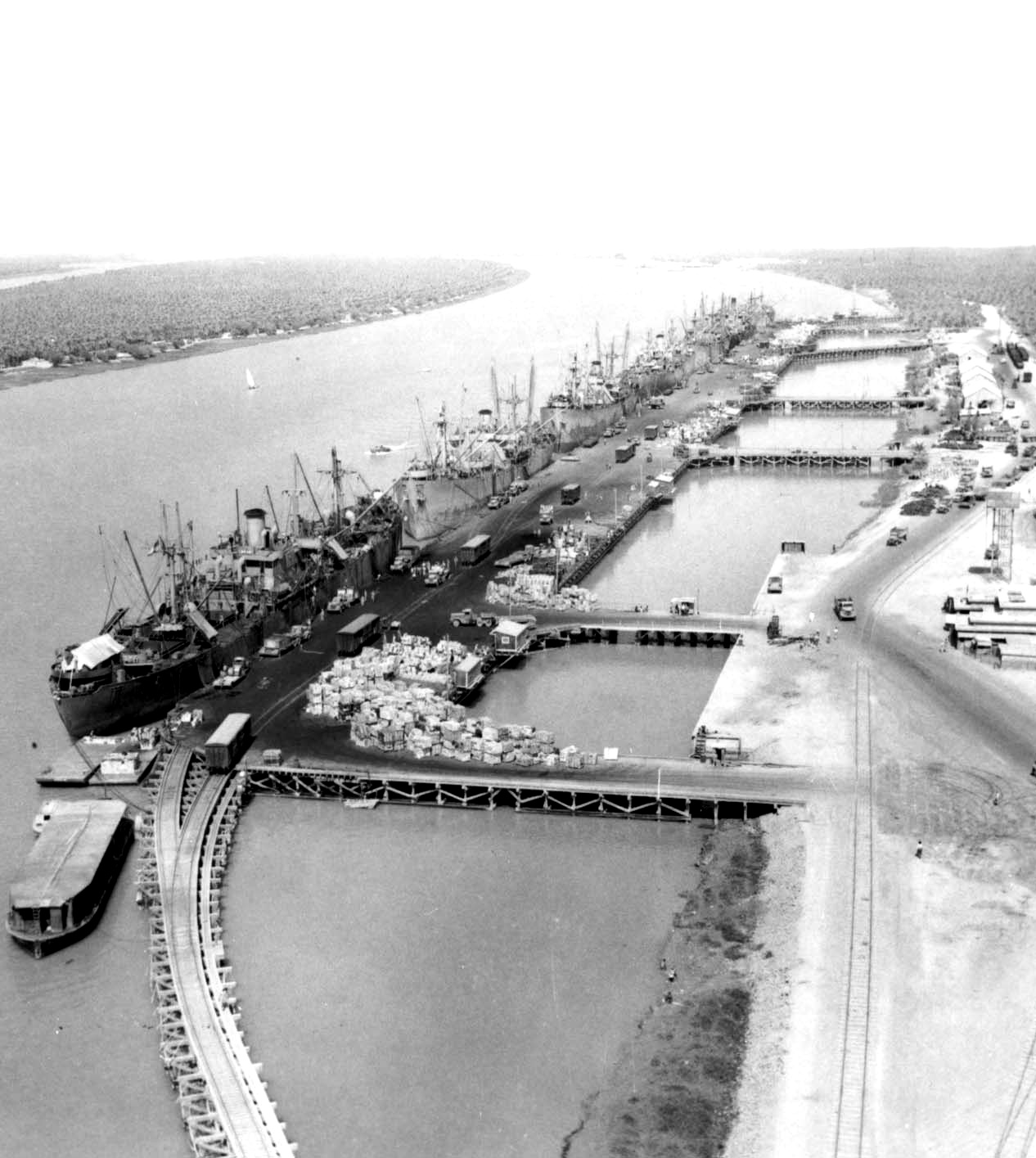 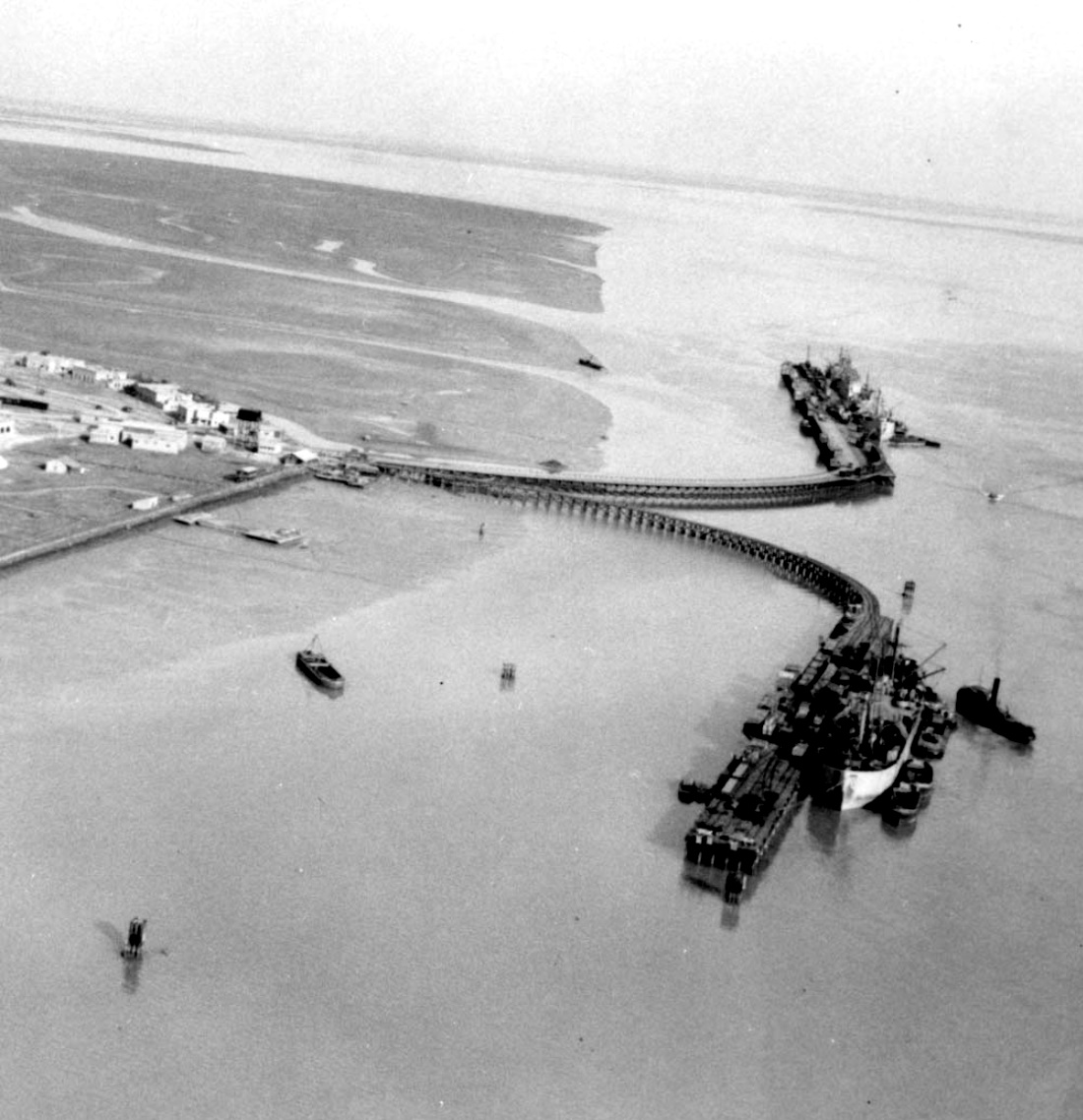 The Port of Bandar Shahpur on the Persian Gulf. The voyage from New York around South Africa to the Persian Gulf ports averaged 70 days. When the Mediterranean route became available in 1943, the time was shortened to 42 days. This port, built on swampy land where the river Jarrahi empties into the gulf, has a semitropical climate. Both here and at Khorramshahr much of the work was done at night, and even then the temperature was around a hundred degrees Fahrenheit from March until October. The area is subject to torrential rains in winter. Docking space at both ports was often insufficient to accommodate all ships waiting to be unloaded, which necessitated the use of lighters. 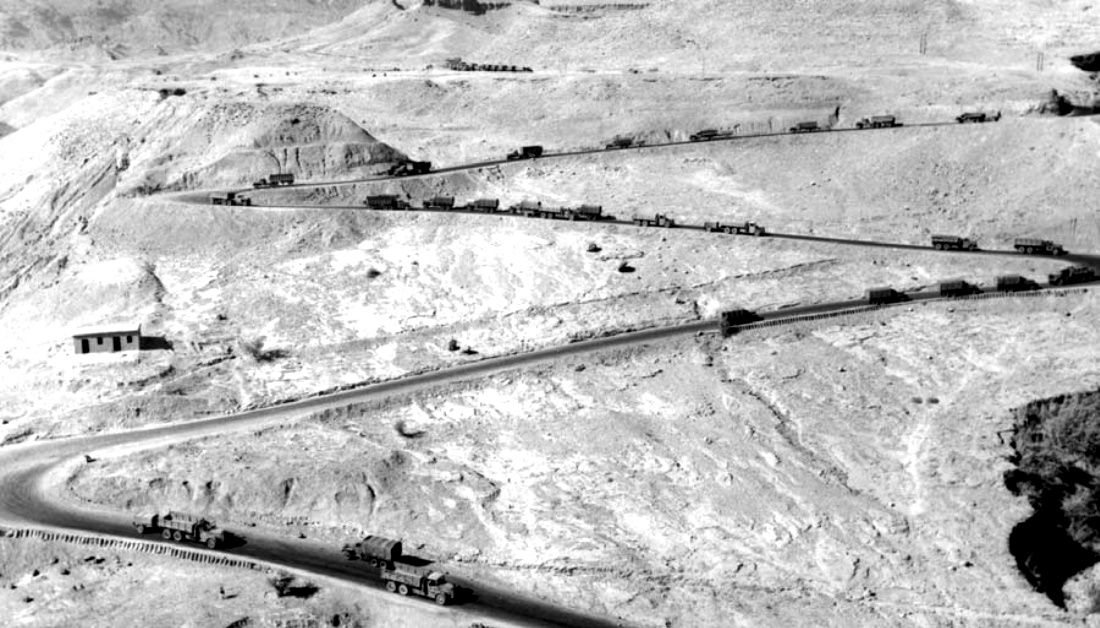 Truck Convoys with Supplies for Russia. From the ports on the Persian Gulf, shipments went to Kazvin and Tehran by road and rail. From these points movements were regulated by the Russians. During the entire period of active operations, from August 1942 to May 1945, more than 5.000.000 long tons of lend-lease cargo were moved through the Persian Corridor to Russia. The greatest monthly movement of freight through the corridor took place in July 1944, when approximately 282.000 long tons were delivered. The bulk of this total was moved by rail, the rest by truck and air. 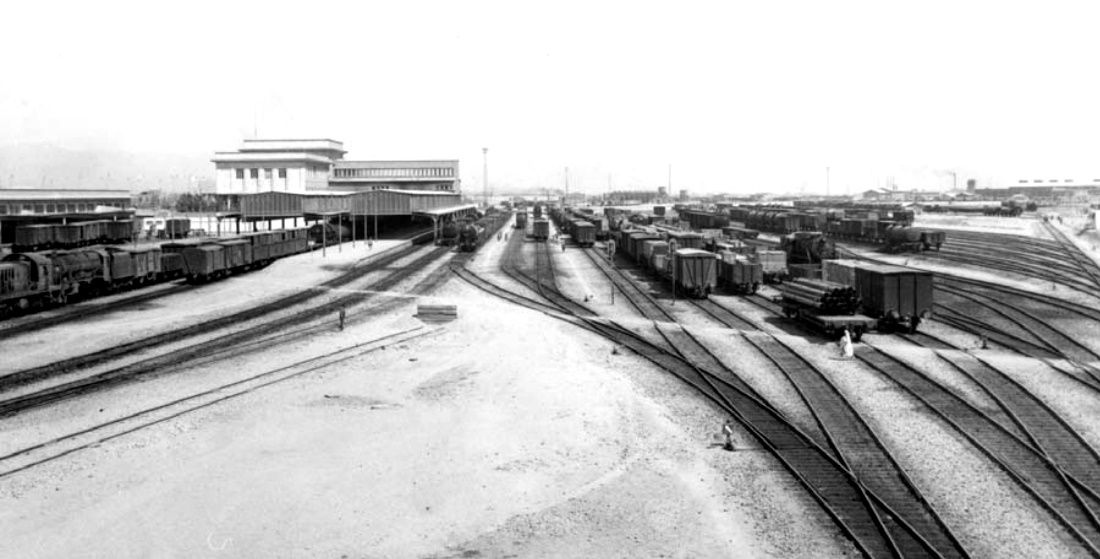 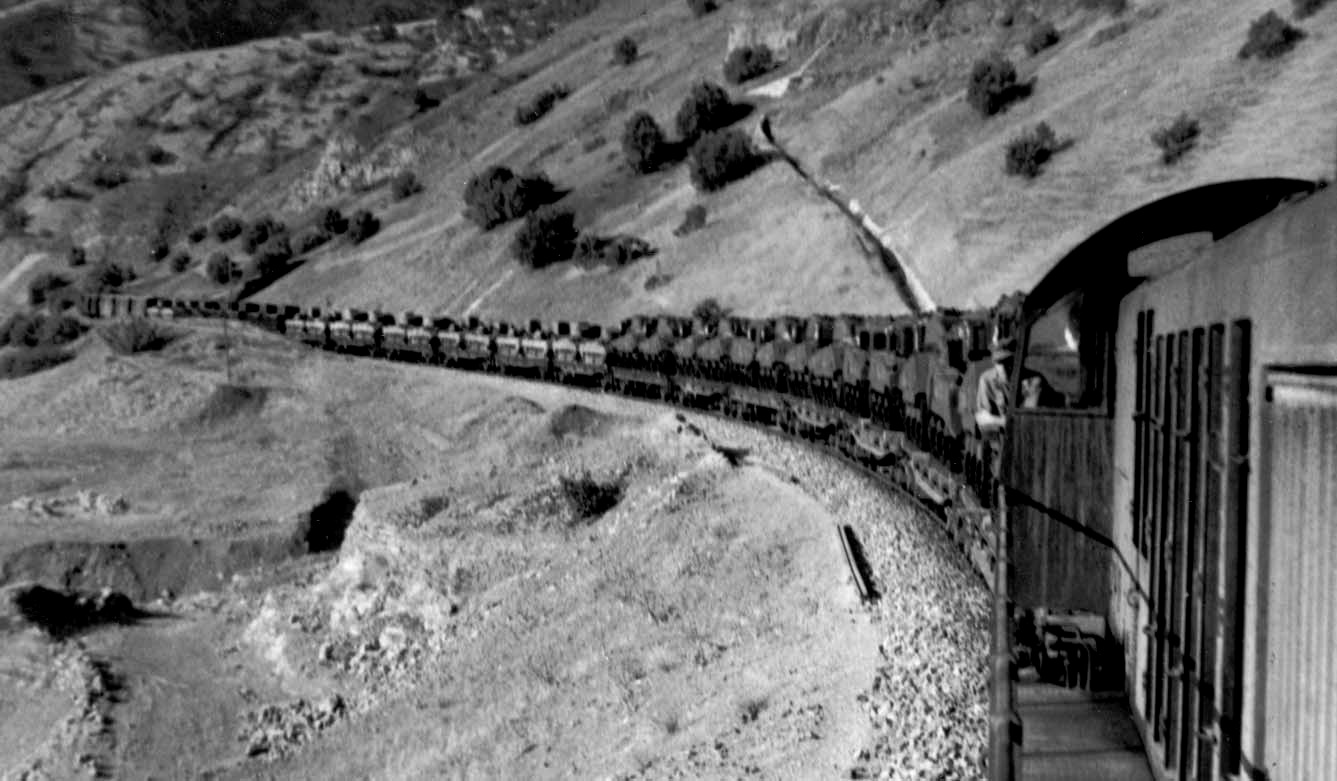 The Main Railroad Station at Tehran (above) and freight train loaded with tanks bound for Tehran (below). US troops from early 1943 operated the southern sector of the Iranian State Railway and the two Iranian ports. They constructed additional roads, docks, and other installations, and continued operation of aircraft and motor vehicle assembly plants. Diesel locomotives and rolling stock were brought in from the United States in large numbers. 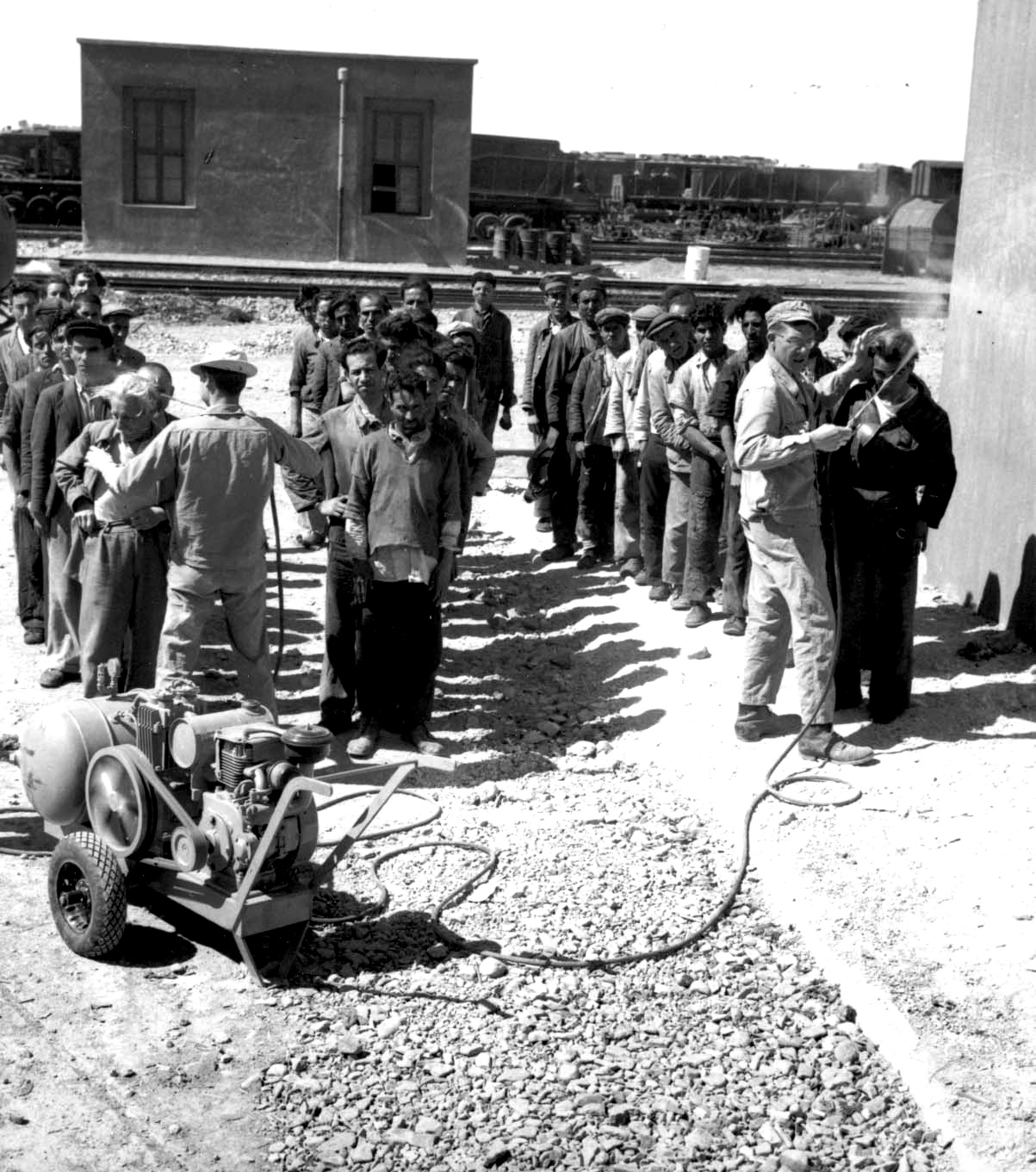 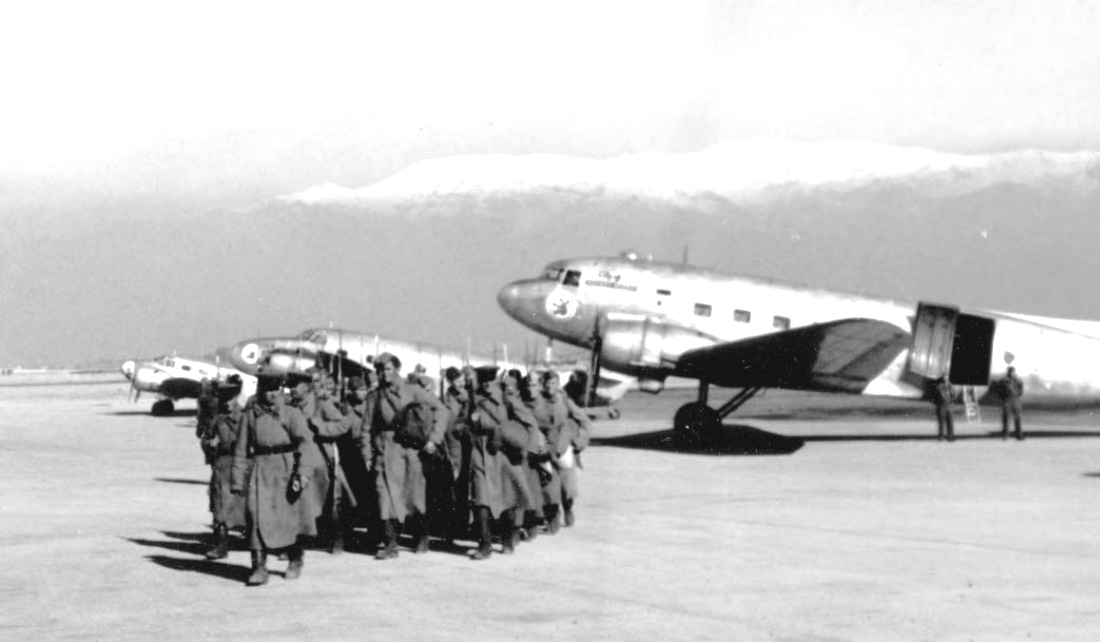 Qualeh Morgeh Airport Tehran. This was jointly occupied by US and Russian air forces (above). Top picture shows a Douglas C–47 transport and a B–24 bomber. (Below) picture shows a detachment of Russian soldiers marching past US transport planes. 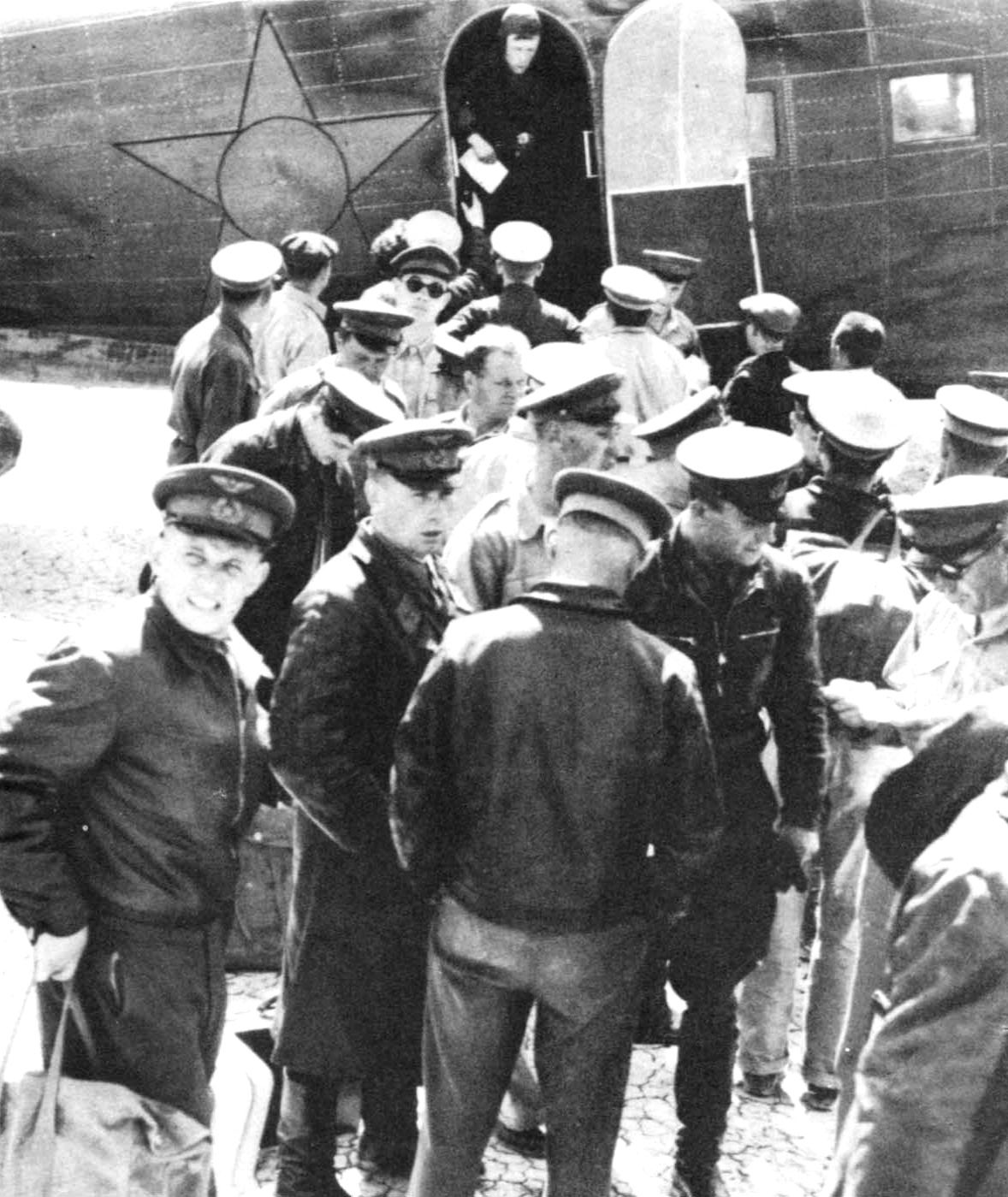 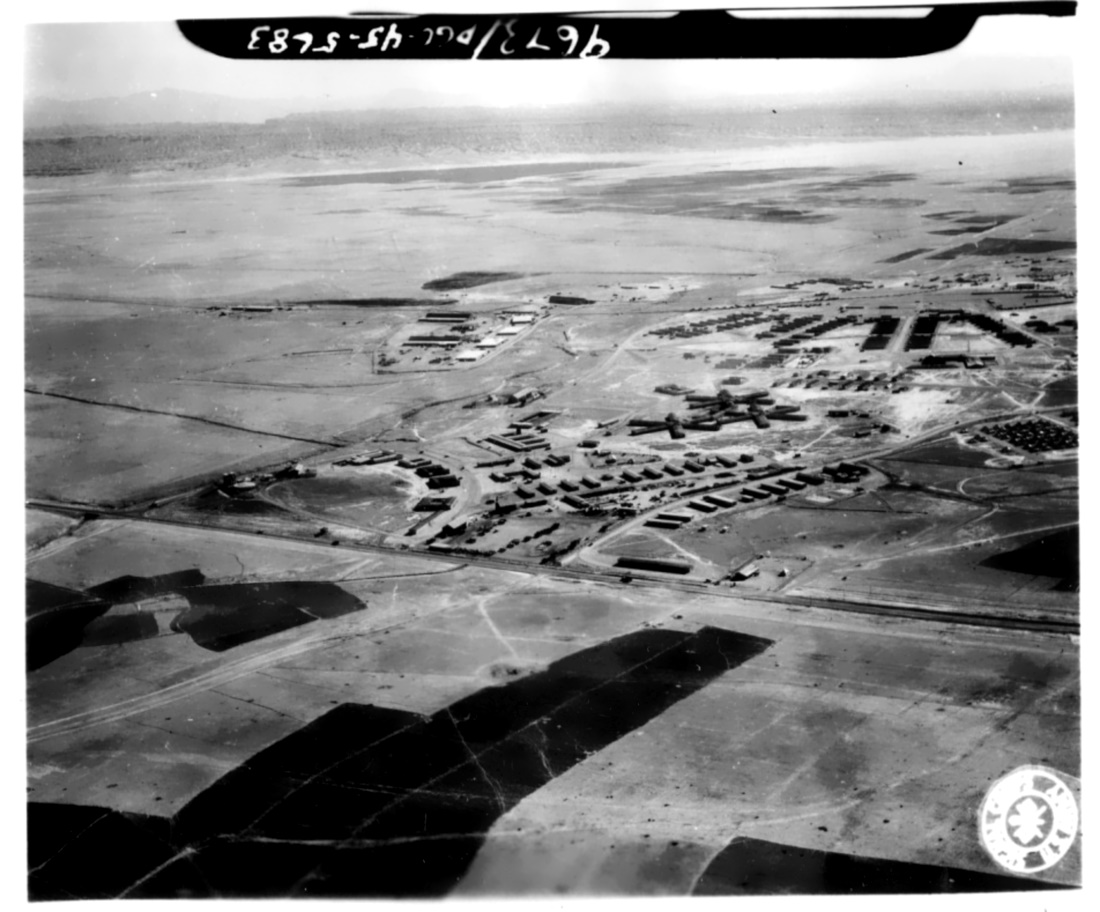 The Persian Gulf Command was organized into four district and port areas that stretched northward from the Persian Gulf along a busy route for lend-lease supplies to the Soviet armies. The headquarters remained at Basra until January 1943, when it moved to Camp Amirabad, two miles from Tehran, Iran. When construction was completed, the camp included a modern headquarters, a hospital, brick barracks, shops, offices, warehouses, and recreational facilities. The area of the Gulf District, previously known as the Southwestern Area and as the Basra District, included all of Iraq and the south shore of the Gulf; its headquarters (9th Port) was moved from Basra to Khorramshahr, Iran, in May 1943. The Desert District, first called the Central Area, then the Ahwaz Service District, moved its headquarters from Ahwaz to Andimeshk, Iran, in November 1943. The Mountain District, whose headquarters was located at Tehran, was organized first as the Northern Area, and then re-designated the Tehran District. Even though Iraq was in the original title of command, the majority of PGC activities took place in Iran, with limited port and rail facilities built in Iraq. 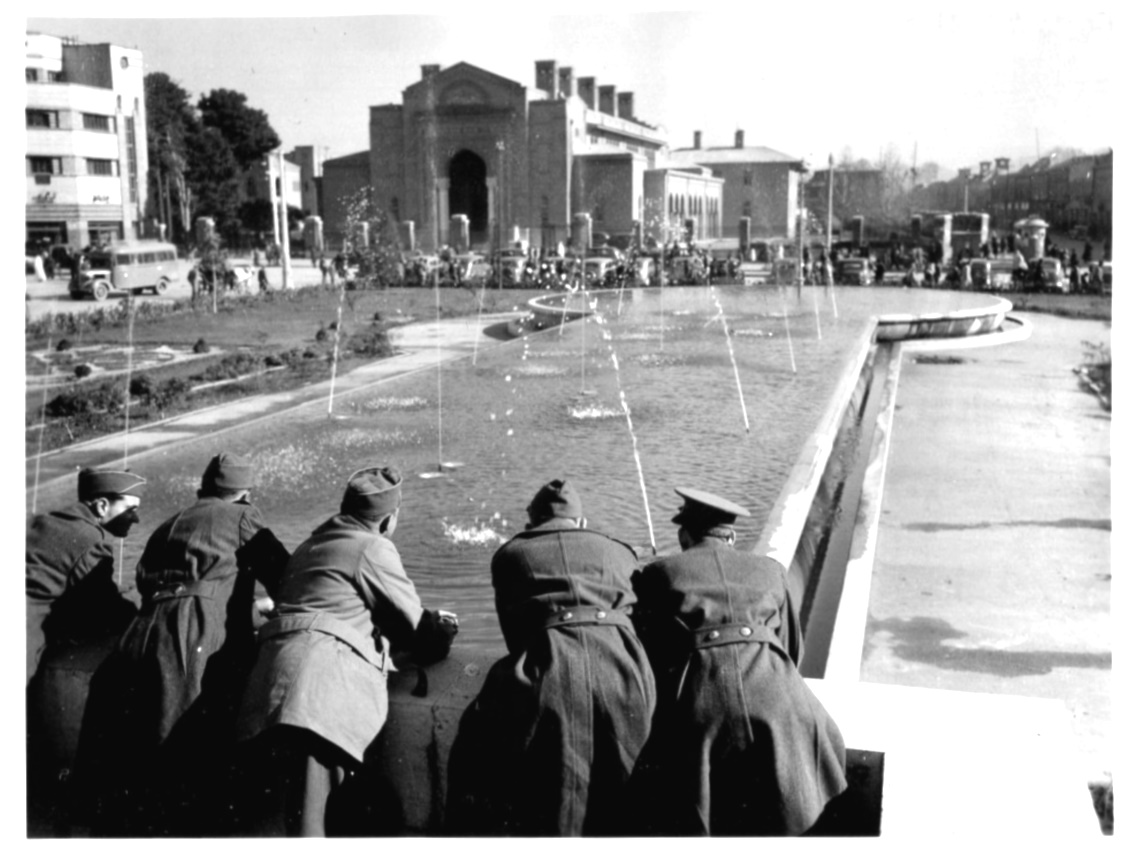 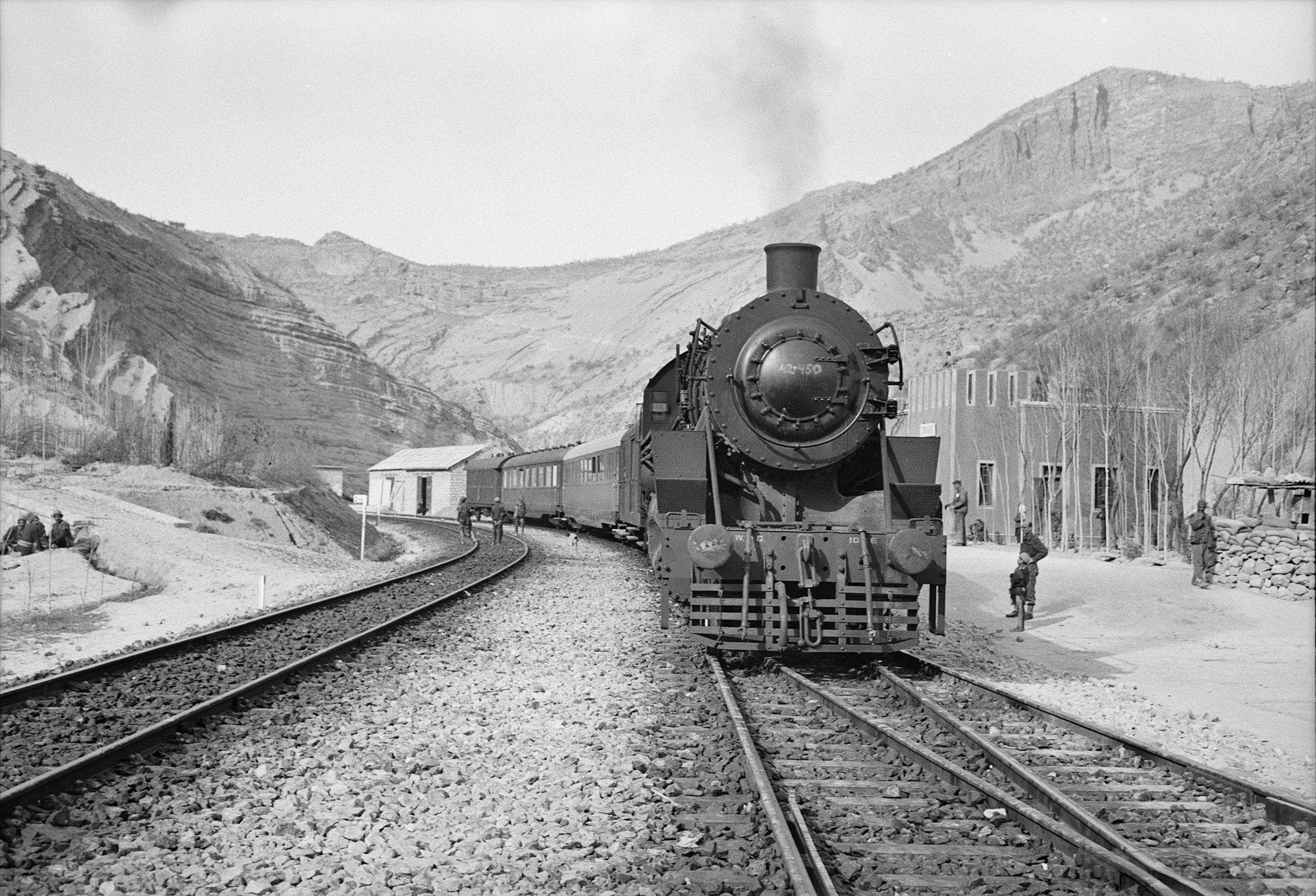 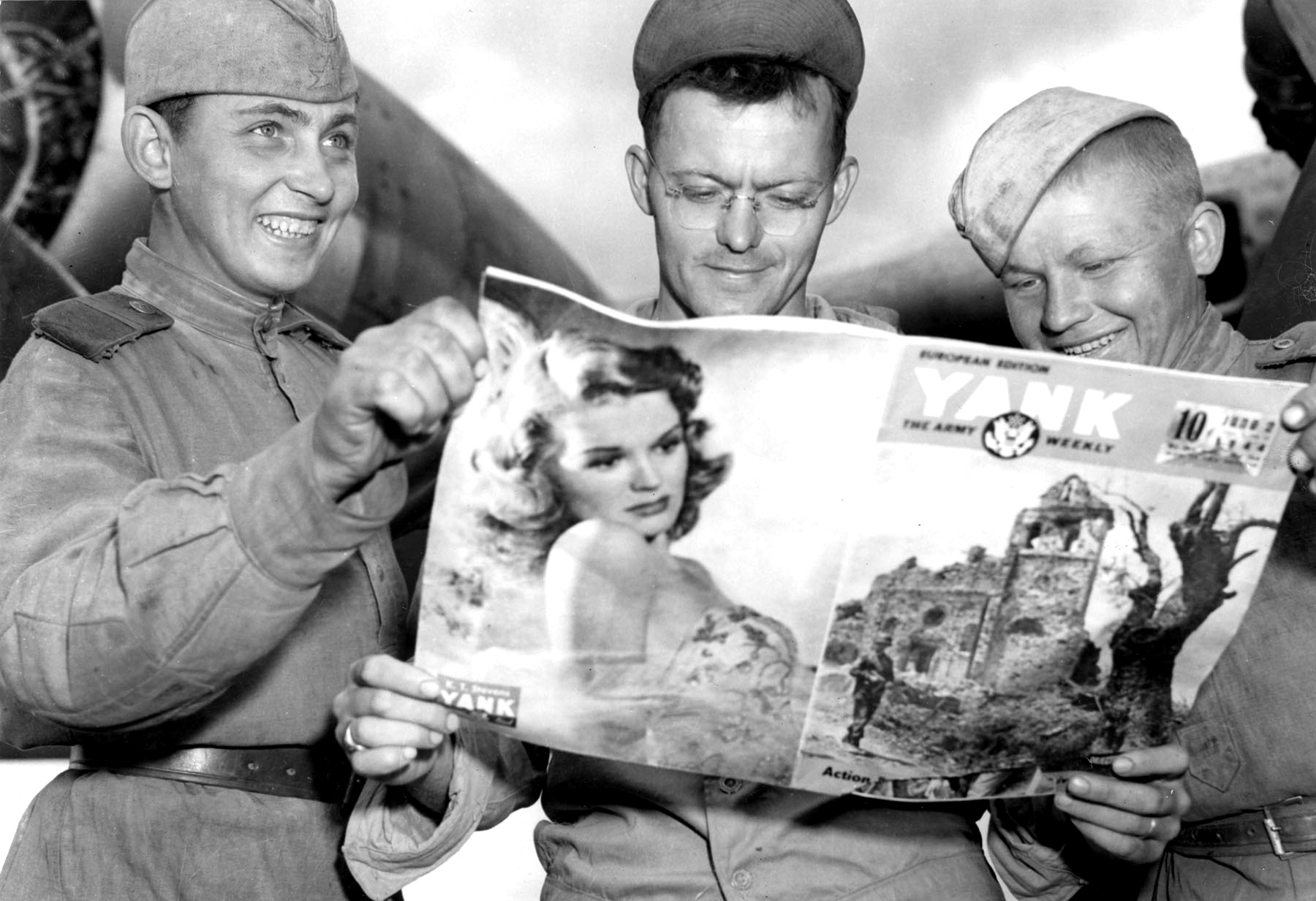 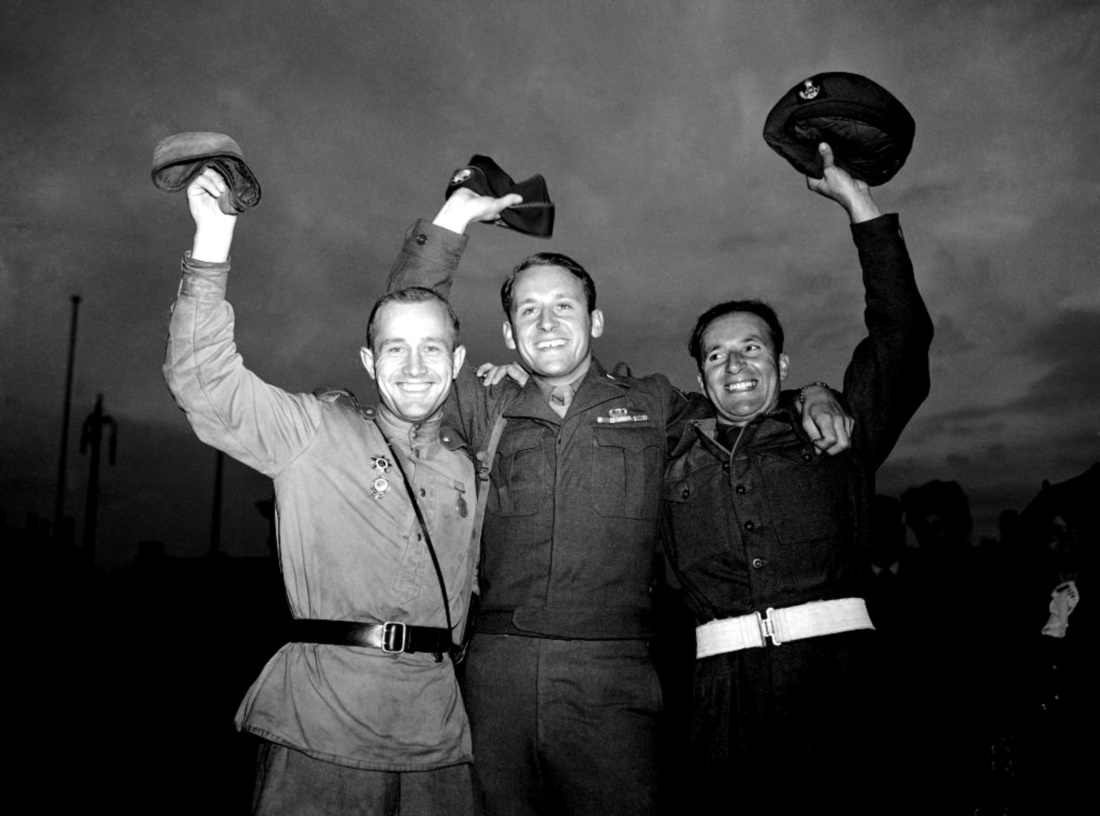