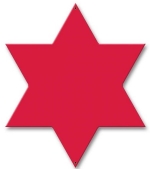 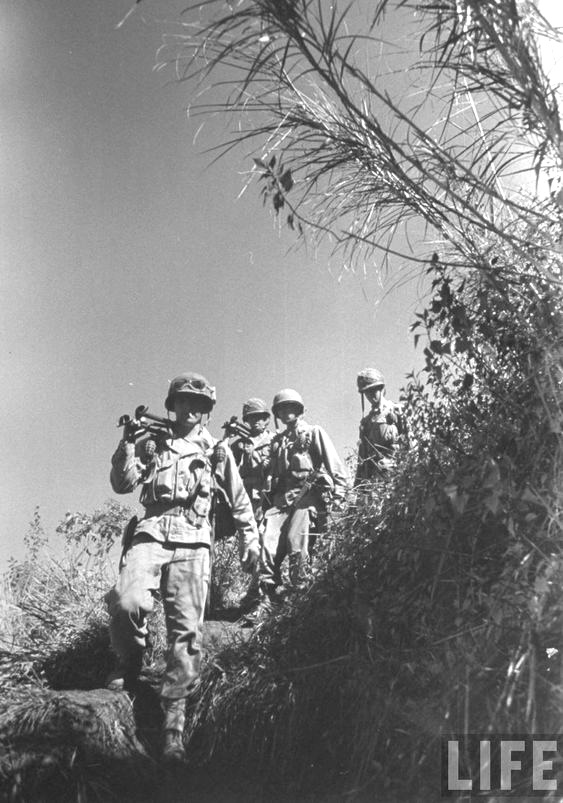 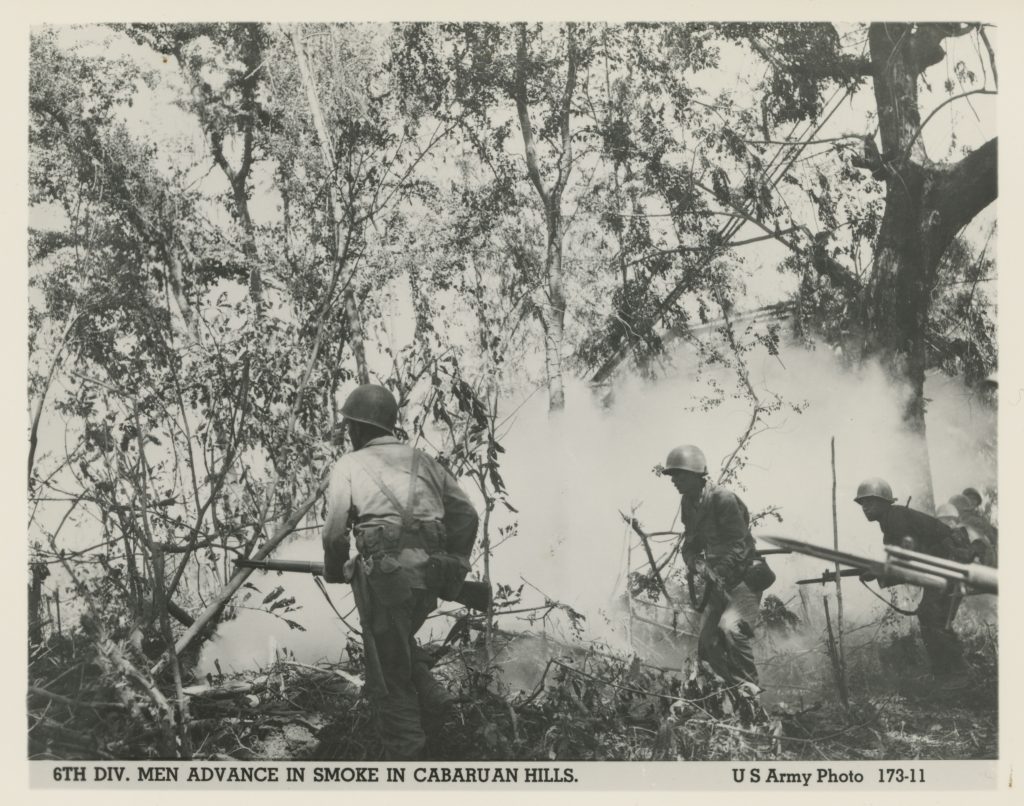 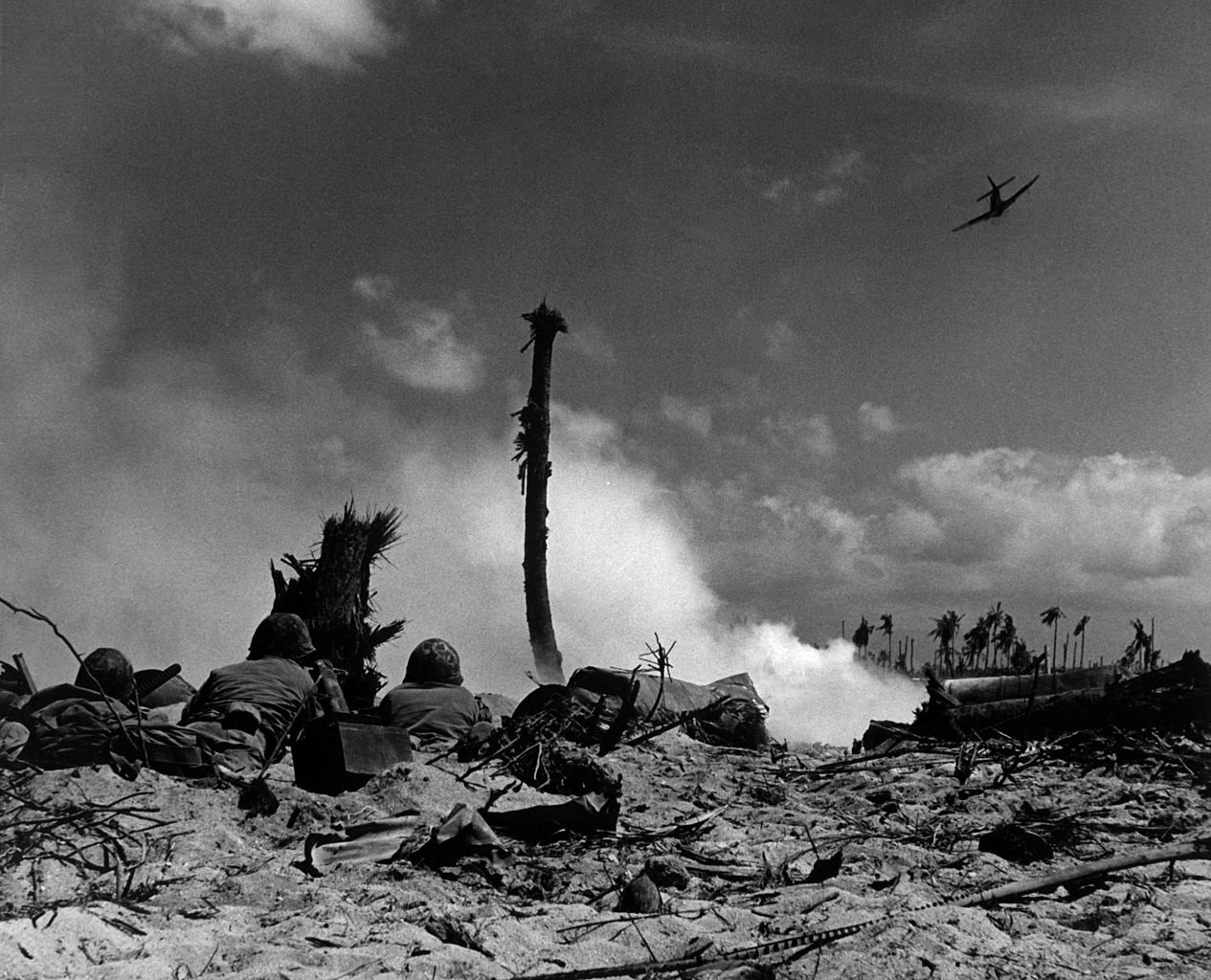 The 6th Infantry Division arrived at Milne Bay, New Guinea, on Jan 31, 1944. On Jun 5, initial elements arrived at Toem in the Hollandia, Aitape area, followed by the 20-IR on Jun 11 and the 63-IR with the rest of the 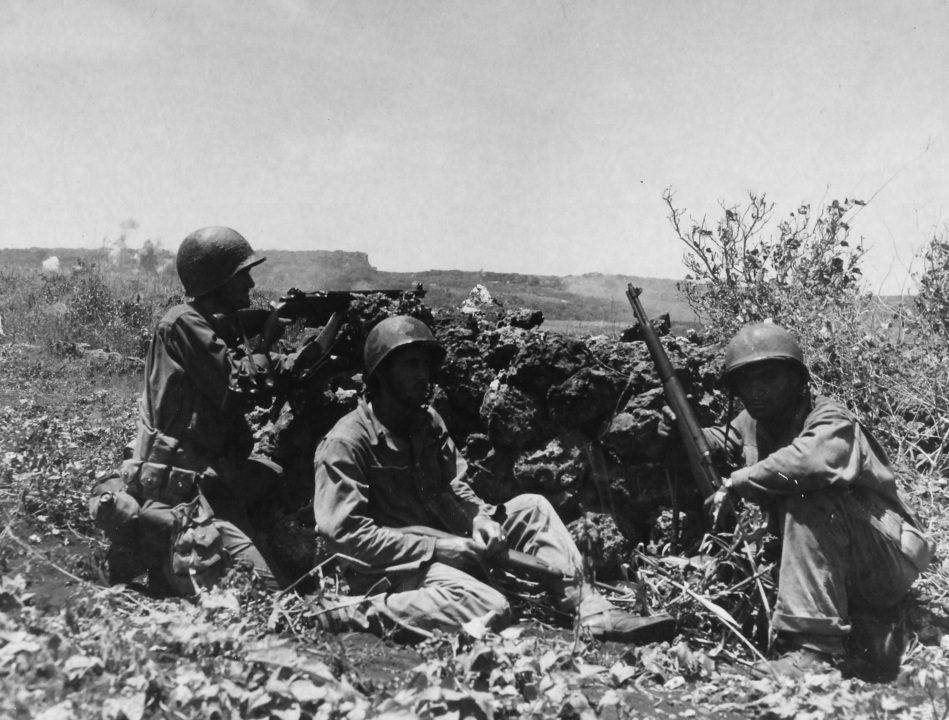 division on Jun 14. On Jun 20, the 20-IR began its attack toward the Lone Tree Hill from the Tirfoam River, but was slowed by heavy fire from a defile between it and Mount Saksin and was unable to gain the crest until Jan 22, after which it was subjected to fierce Japanese counter-attacks. The 1-IR landed via sea just west of the hill to outflank the Japanese and forced a small beachhead which was initially unable to expand. By Jan 27, the 63-IR was able to mop up the Japanese forces in the Lone Tree Hill vicinity, and the division secured the Maffin Bay area on Jul 12. After a brief rest, the 1-IR assaulted Sansapor on July 30 and in the Vogelkop Peninsula against no resistance, the preparatory bombardment being omitted to attain surprise. The 63-IR landed on undefended Middleburg and Amsterdam Islands. A battalion of the 1-IR took the undefended plantation village at Cape Sansapor on Jul 31. The division secured the coast from Cape Waimak to the Mega River and garrisoned it until Dec 1944. On Jan 9, 1945, the Division landed at Lingayen Gulf onto Luzon in the Philippines and pursued the Japanese into the Cabaruan Hills, and began holding actions on the Malisqui Catablan Torres line. Attacking in the 43-ID sector, the 63-IR gained Hill 363 on Jan 14. The division attacked on Jan 17 as the 20-IR pushed on the Cabaruan Hills and the 1-IR drove toward Urdaneta. The 63-ID took Blue Ridge near Amlang after heavy fighting on Jan 21.

The 1-IR, assisted by air support, seized San Jose on Feb 4 which was the Highway 5 gate to the Cagayan Valley. The 20-IR took Munoz after a battle lasting several days, wiping out escaping Japanese columns there on Feb 7. The division then occupied positions along Luzon’s eastern coast, bisecting Japanese forces on the island, and drove to Dinglan and Baler Bays to isolate the Japanese on southern Luzon by Feb 13. 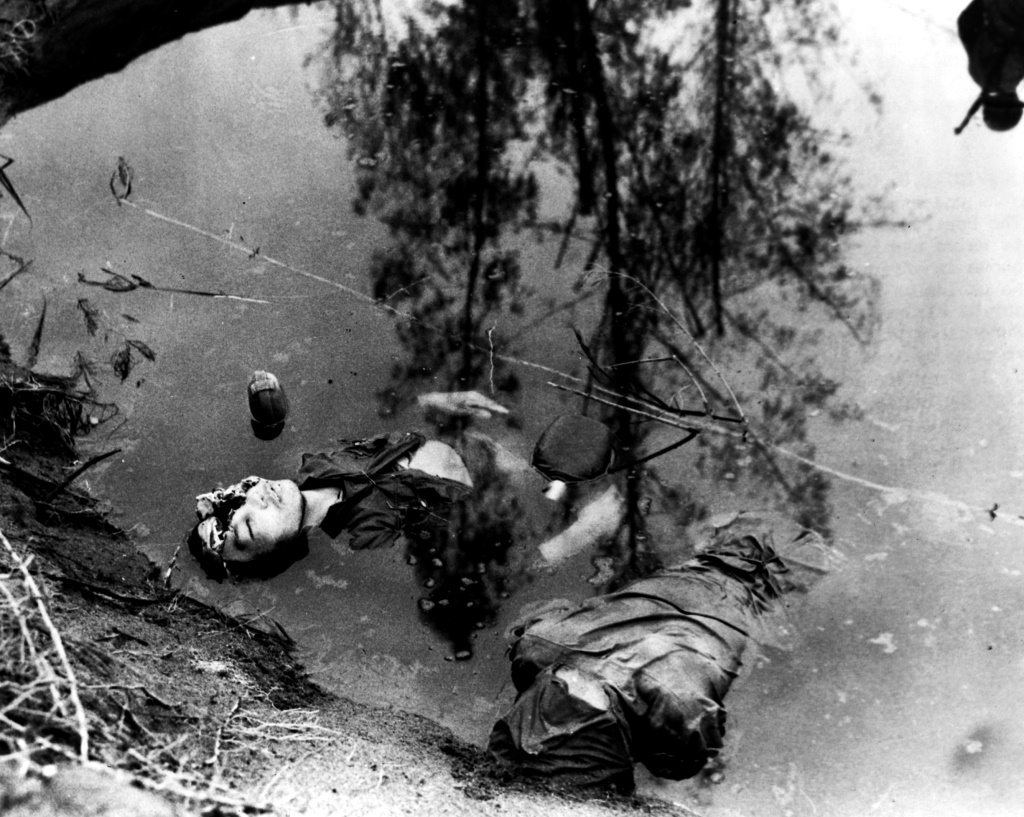 The 1-IR operated on Bataan from Feb 14 to Feb 21 and cut the peninsula from Abucay to Bagac. The division shifted to confront the Shimbu Line northeast of Manila on Feb 24. On that day the 63-IR seized Montalban and the 20-IR reached the heights near Mataba. As Japanese resistance increased the 1-IR was committed in the center toward Wawa Dam.

On Apr 16, the 1-IR initiated its attack up Woodpecker Ridge near the junction of the Bosoboso and Mariquina Rivers. On Apr 19, the division switched sectors with the 38-ID and on Apr 25, the 152-IR relieved the 1-IR at the ridge. By Apr 27, the attached 145-IR finally gained the crest of Mount Pacawagen. The division then moved to the Kembu sector on May 3 and took responsibility for Highway 5 south of Bayombong from the 37-ID on Jun 12, 1945. On Jun 21, the 63-IR pushed to Kiangan and the 20-IR took Bolog on the 29. Though the Luzon campaign was officially declared over on Jun 30 1945, the division conducted mopping up operations in the Cagayan Valley and Cordilleras Mountains until the end of the war.