Gen Lucian K. Truscott, US Army, in liaison with the British General Staff, submitted proposals to Gen George C. Marshall that we undertake immediately an American unit along the lines of the British Commandos in 1942. A subsequent cable from the US War Department authorized the activation of the 1-RB (1st Ranger Battalion). After much deliberation, Able Co, 1-RB Battalion was constituted on May 27, 1942. Capt William O. Darby, a 31-year-old graduate of West Point with amphibious training, was chosen to command the battalion. Within weeks he was promoted to major for his efforts in organizing the unit. Of the 1500 men to volunteer for the original Ranger Battalion, only 600 were chosen. Eighty percent of these original Rangers came from the 34th Infantry Division. On June 19, Able Co, 1-RB, was officially activated in Carrickfergus, Northern Ireland.

A selected team of four officers toured the existing commando training camps and selected the center at Achnacarry, Scotland for the Rangers. Here they underwent intensive training. Coached by the battle-seasoned commando instructors (commanded by Col Charles Vaughan), the Rangers learned the basics of commando warfare. Five hundred of the 600 volunteers that Darby brought with him to Achnacarry completed the commando training. Many could not endure the exercises; one Ranger was killed, while several others were wounded in training so realistic that it was executed under live fire. 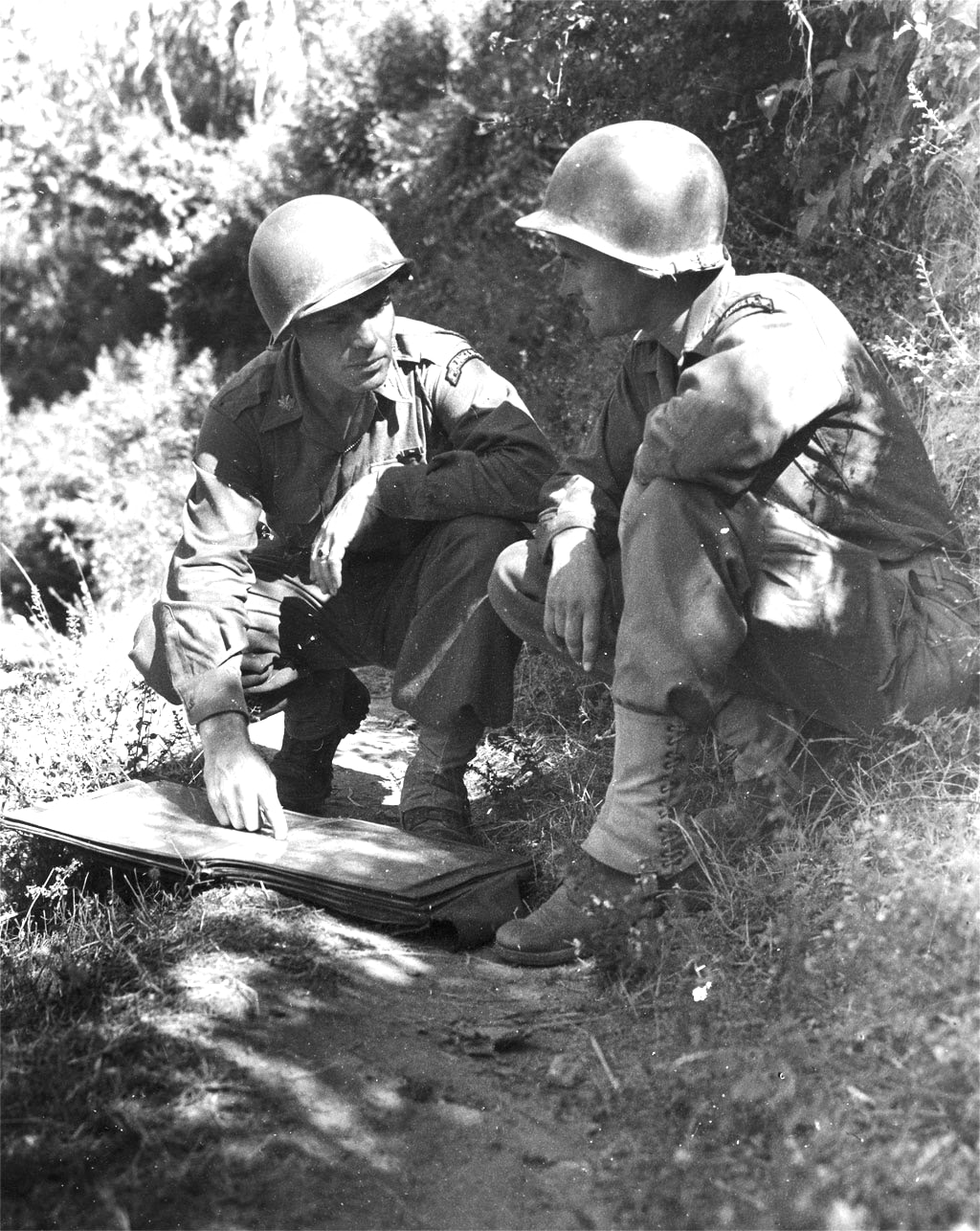 The first American soldiers to see active combat in the European Theater of World War II were forty-four enlisted men and five officers from the 1-RB. Dispersed among the Canadians and the British commandos, these men were the first American ground soldiers to see action against the Germans in the disastrous Dieppe Raid, officially known as Operation Jubilee. Three Rangers were killed and several captured.

The first American soldier killed in Europe in World War II was part of the Dieppe Raid, Lt E.V. Loustalot. During the mission, the British Captain leading the assault was killed. Loustalot took command and with his men attacked a clifftop machine-gun nest. Scaling the steep cliff, Loustalot was wounded three times and then was killed by enemy crossfire.

The first efforts to stop the German infiltration of Europe were by the 1-RB. Attempting to prevent German occupation of seaports in North Africa, the 1-RB spearheaded an invasion at the Port of Arzew in Algeria. This was accomplished by executing a surprise night landing, silencing two gun batteries, and opening the way for the capture of Oran. 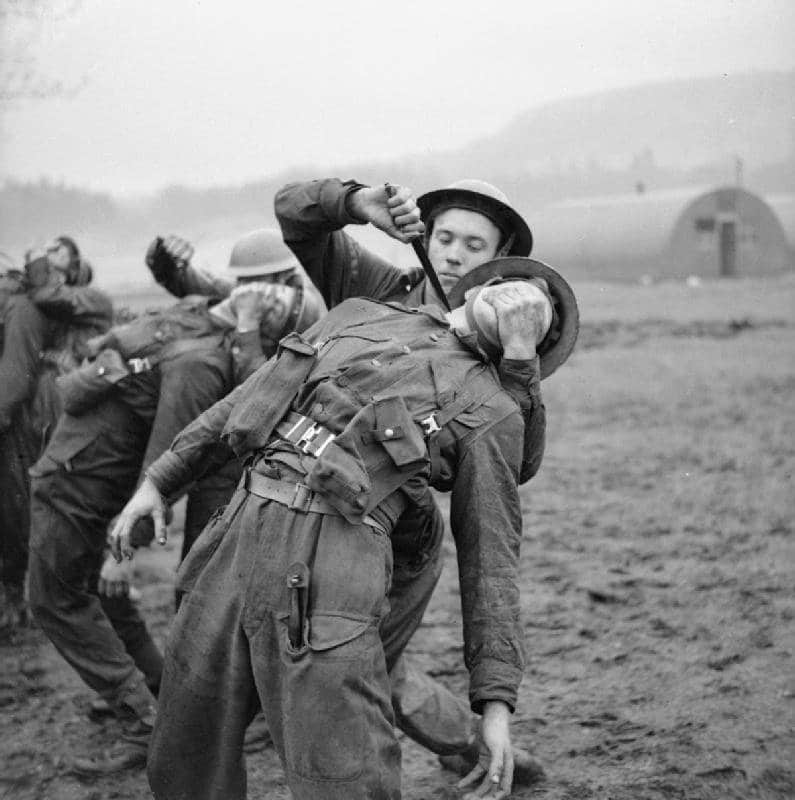 Later, in Tunisia, in 1943, the 1-RB executed the first Ranger behind-the-lines night raid for the purpose of gaining information and terrorizing the enemy. On February 11, the Rangers took a 32-mile (51 Km) journey, 12 on foot, for their first raid on an Italian camp at Sened Station. Using the cloak of night, the Rangers slipped in 50 yards (46 M) of the Italian outpost and began their attack. It took the battalion only 20 minutes to achieve area control. Fifty enemies were killed and an additional 10 were captured. Darby, along with fellow commanders, was awarded the Silver Star for this victory and the battalion itself gained the nickname the ‘Black Death’ by the Italians.

Later, in March, American units were decimated time and again while trying to break through the critical mountain pass at Djebel Ank. Given this mission, the 1-RB undertook a twelve-mile (19 Km) night march through rugged terrain to reach the heights of Djebel Ank where, at dawn, the Rangers surprised the enemy from the rear, capturing two hundred prisoners and giving Gen George S. Patton an opening through which he began the final and victorious battle in North Africa. Rangers played also a crucial role in the battle of El Guettar which immediately followed, for which the 1-RB won its first Presidential Unit Citation. 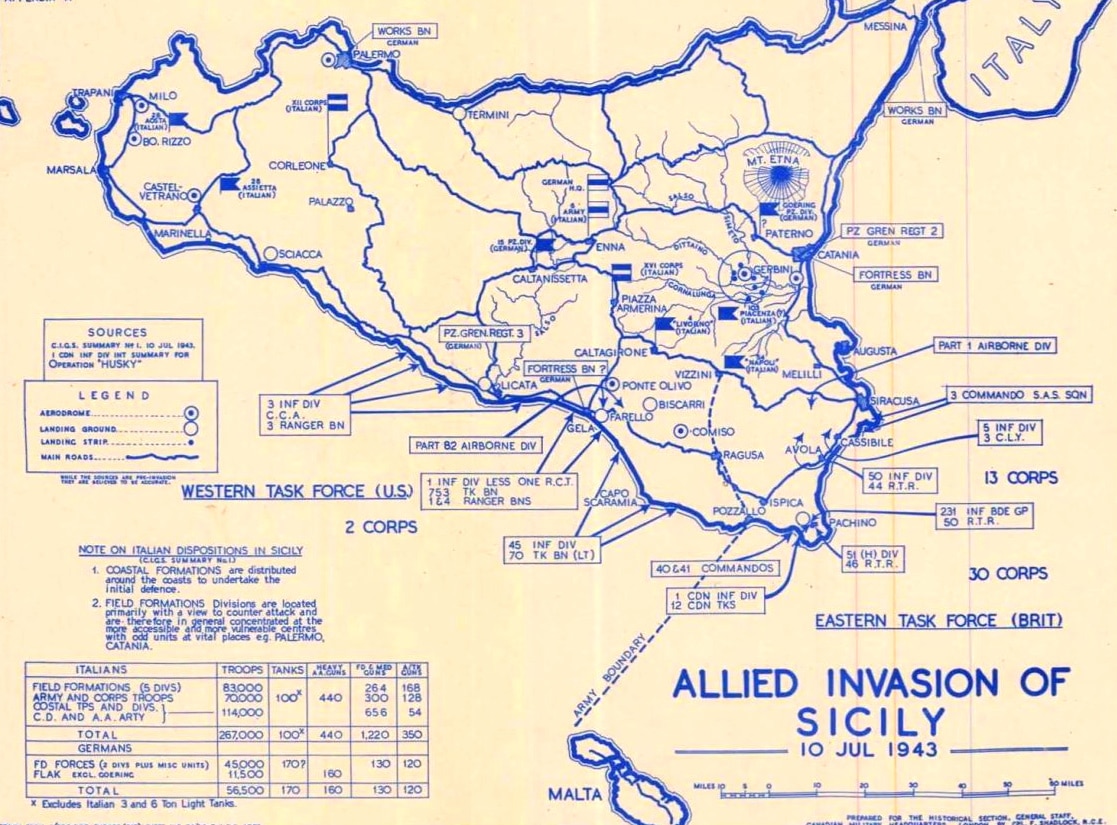 The plan for the invasion of Sicily called for landings on the southeastern corner of the island by two armies. Montgomery’s Eighth Army would land along the east coast from the vicinity of Syracuse south to Cap Passero, while Patton’s Seventh Army would land along a seventy-mile stretch of coast extending from Licata eastward to the right bank of the Irminio River. American forces were intended to play a secondary role to the British, and Patton’s 7-A’s initial mission was to protect Montgomery’s 8-A’s left while the latter drove northward to Messina, the main objective in Sicily.

The Rangers were among the units tasked to spearhead the American landings of the 7-A which was divided into two task forces, which, excluding reserves, were organized around Gen Omar N. Bradley’s II Corps and Gen Lucian K. Truscott‘s 3rd Infantry Division (Reinforced).

Darby’s 1 and 4-RBs (Reinforced), which were designated Force X and attached to the II Corps for the invasion, made an opposed landing at Gela on July 10, 1943. Lt Walter Wojcik, who had contributed greatly to the victory at Djebel el Ank Pass, was killed at Gela while crossing the beach. Force X captured the town, defended it successfully against an Axis counter-attack, and took part in the subsequent drive inland under the II Corps and Gen Hugh Gaffey’s 2nd Armored Division. The 3rd Ranger Battalion, which was under Dammer’s command and attached to the 3rd Infantry Division reinforced, made an opposed landing about fifteen miles to the west at Licata and took part in Truscott’s drive inland. 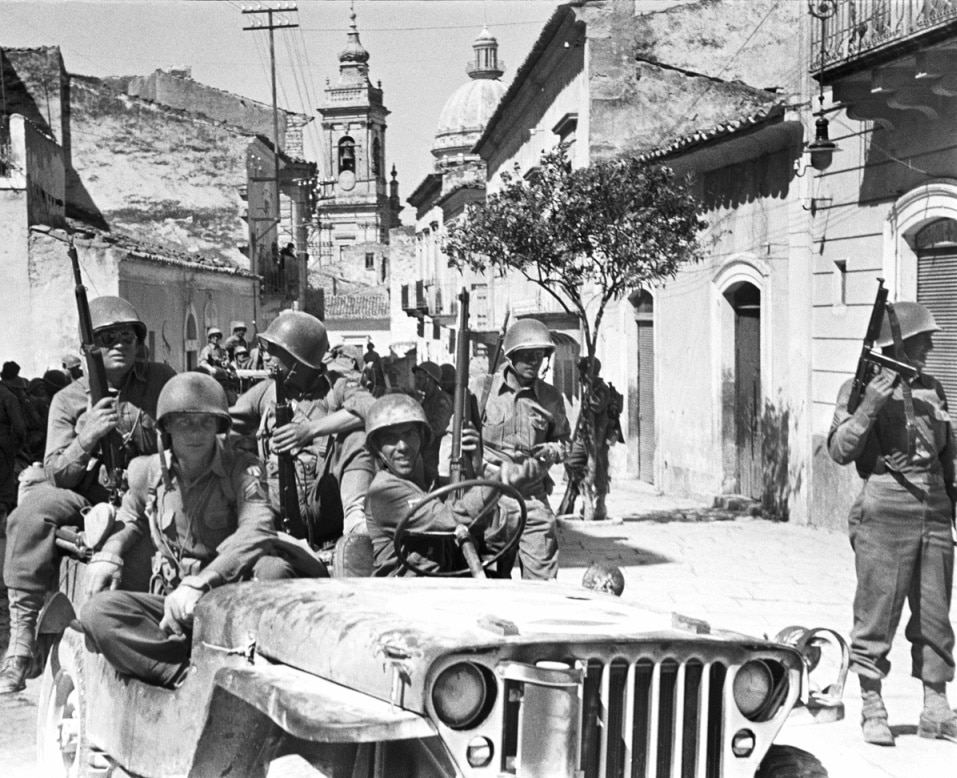 As the beachheads expanded, Patton decided to capture the 14000 inhabitants of the city around Port Empedocle in order to gain a port nearer to the advancing front than Licata. He could not, however, openly launch an all-out offensive in the direction of Port Empedocle because of the subordinate role that had been assigned to the Americans. He thus decided to seize the city through the subterfuge of calling his advance a recon in force and limiting participation in it to Truscott’s command.

The Drive on Porto Empedocle

The most direct route from Licata to Port Empedocle lay along the coastal road, Highway 115. Truscott decided against concentrating his attack along the highway because considerable enemy artillery had been reported in the vicinity of Agrigento. Agrigento, a city of 34000, was located on the high ground overlooking Highway 115 and was the most important road center on Sicily’s south coast. Port Empedocle was three miles to its southwest.

According to the 3-ID plans, two battalions of the 7-IR would take Favara while the rest of the regiment advanced along the north side of Highway 115 to high ground east of the Naro River. The 3-RB would then pass through Favara to carry Patton’s recon in force behind Agrigento to Port Empedocfe. The Rangers’ part in the advance would not call for a stealthy penetration of a thickly defended enemy front but would require them to go forward of friendly lines and accomplish their mission in an area where the enemy operated freely. This type of operation would not be unique to the 3-RB, but it would be one of the few the Rangers would conduct in Sicily that would be appropriate to their original purpose and training. 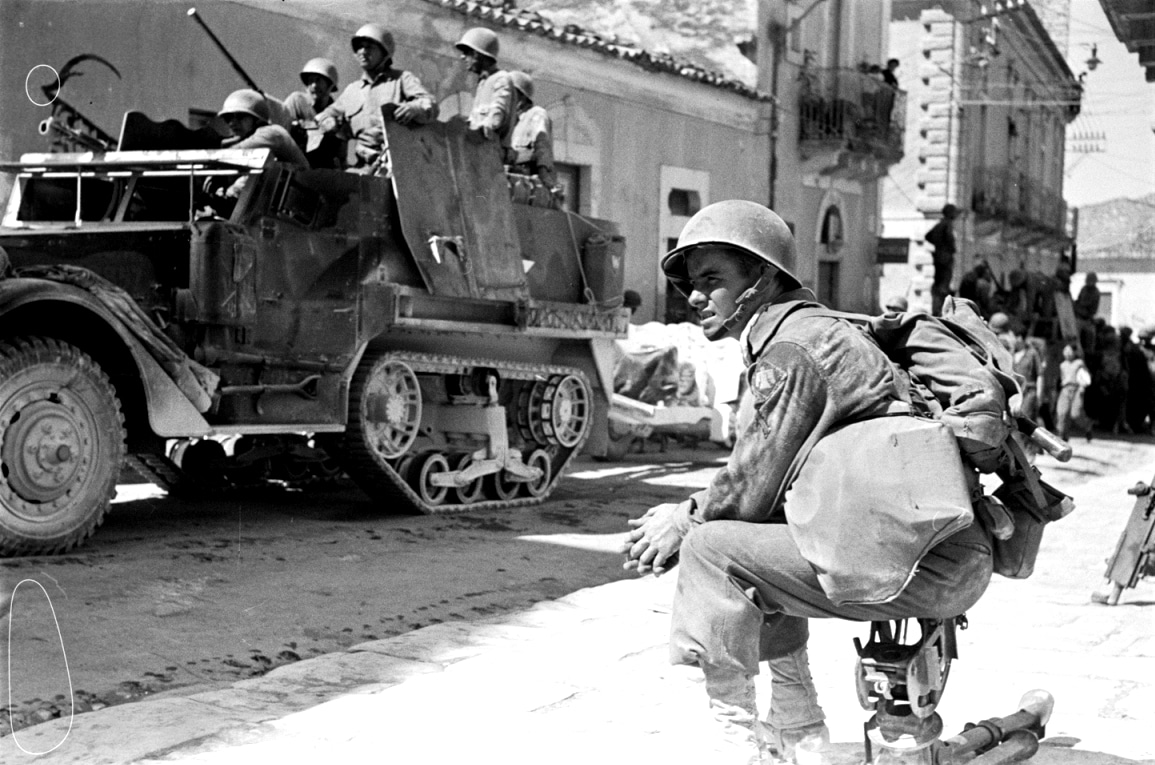