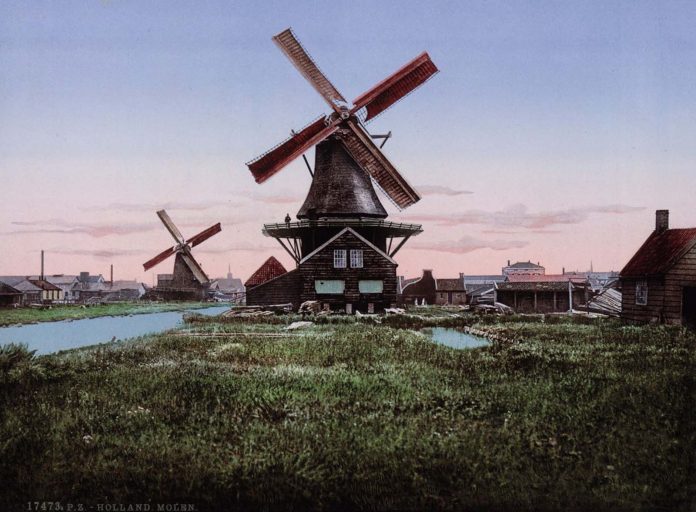 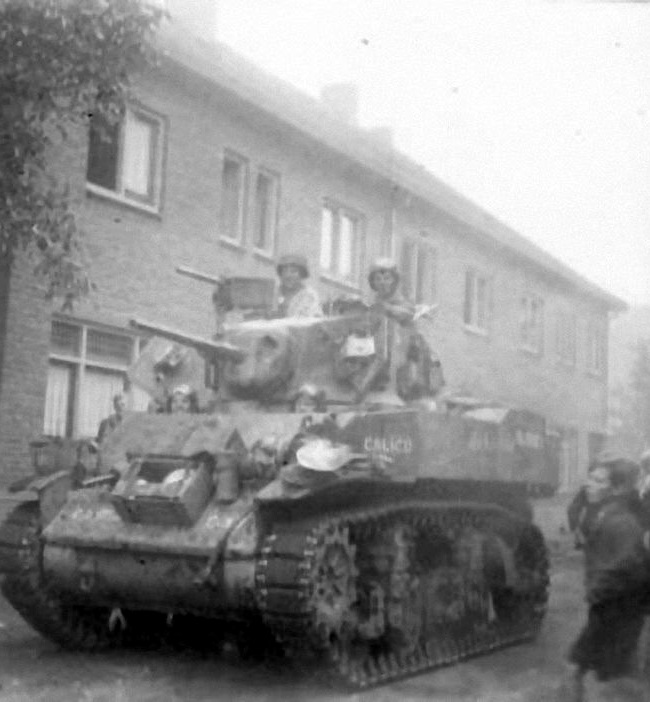 During this time the 246-ECB having floated sections of a heavy pontoon bridge down the Canal as far as possible during the night Sept 16-17, went to work as soon as the bridgehead east of Reckheim was secured. They moved the section into place and completed the bridge by 1330, approximately three hours after the securing of the bridgehead. The rest of the 3/66-AIR then proceeded across the bridge. While Boorsheim and Cothem were being cleaned out, Charlie Co 99-IB (S) and How Co (less 1 Plat.) 66-AIR secured a line south of the dike that goes across the corridor at Vucht. Able Co 99-IB (S) was brought up to tie in on the right of Charlie Co 99-IB (S) the night. How Co 66-AIR (-), bivouacked in the vicinity, as did George Co 66-AIR, which had crossed the tread way bridge at Reckheim about 1600 along with the rest of the 3/66-AIR. Baker Co 99-IB (S) and the light tanks out posted critical areas at the ‘neck’ and south thereof that night and the next day. The narrowness of the corridor made this a necessary precaution against a hostile attempt to interfere with the line of communications and/or the new bridge at Reckheim.

Baker Co 99-IB (S) was given the assignment because, according to Maj Hansen, it had taken quite a few casualties in the hard fighting from Uykhoven trough Cothem, while Able Co 99-IB (S) was fresh. Able 99, however, was short one rifle platoon, and Lt Swenson of Baker Co speaks of only 16 casualties in his company during the operation. Capt Donald E. Svarstad, CO of Able Co 99-IB (S), says that the reason Charlie suffered heavier casualties than Able on Sept 18, approximately 40 against 12, was that Maj O’ Farrell’s tanks were in such a hurry to get on that they left the infantry behind in places. The mopping up by Maj Zeien’s force was slower, but more thorough and caused less casualties.

On the third day of the operation, Sept 18, Able, and Charlie (20 M-4s) took up positions northeast of the towns. Five M-4s approached the towns from the south and shot up everything in sight. The infantry, Charlie Co, and the platoon from Able Co, then cleaned out most of the area. The infantry was unable to clean out the town completely in the time allotted to do this job. Col Stokes was pressing his subordinate commanders to get to Lanklaer, and the infantry was called away before they could finish the job. Belgian resistance groups gathered close to 100 additional POWs from the vicinity of Eysden after TF Stokes had gone on to Lanklaer. Some of the hostile defenders were paratroopers. They retreated to the north, only to encounter fire from the 20 tanks waiting for them. On the northern outskirts of Eysden, they put up a stubborn fight. They could not escape. They would not surrender. Most of them were killed in their foxholes. The rifle platoon of Able Co 99-IB (S) now rejoined Maj Zeien’s force, though not the eight tanks of George Co 66-AIR. This gave Zeien five M-4’s and about 65 infantrymen (both George and Able were under T/O strength).

Maj Zeien put all the riflemen on the tanks, it came to about eight on each tank and set out to reduce about seven square Kms on the east side of the corridor. Fortunately, resistance turned out to be extremely light until the force approached Stockheim. There, the infantry dismounted and Maj Zeien’s group collaborated with Maj O’Farrell’s force in reducing the strongest resistance encountered during the entire three-day operation. Maj O’Farrell’s force had advanced north from Eysden astride the Eysden-Lanklaer road. One platoon of tanks and a platoon of infantry worked on the west side of the road, the balance was in two columns east of the road. No resistance was met until the force drew near Lanklaer. There, approximately 300 M south of the Lankaer-Stockheim road, the enemy had recently dug a line of trenches. They were the first hostile positions encountered that faced the south. Though expertly camouflaged, they were not finished.

The positions were supported by two SP 88s close to the road. These were the first AT weapons encountered by Task Force Stokes. While the bulk of Maj O’ Farrell’s group was getting into position to attack the enemy line, the left column tried to outflank the enemy on the west. No satisfactory route of attack could be found, so the column retraced its steps and started to cross the road separating it from the rest of the group. As it did so, it came into the field of fire of a 40-MM AT gun at the main intersection in Lanklaer. At a range of about 800 meters, the AT gun was knocked out by a 75-MM fire, and the column proceeded safely across the road. 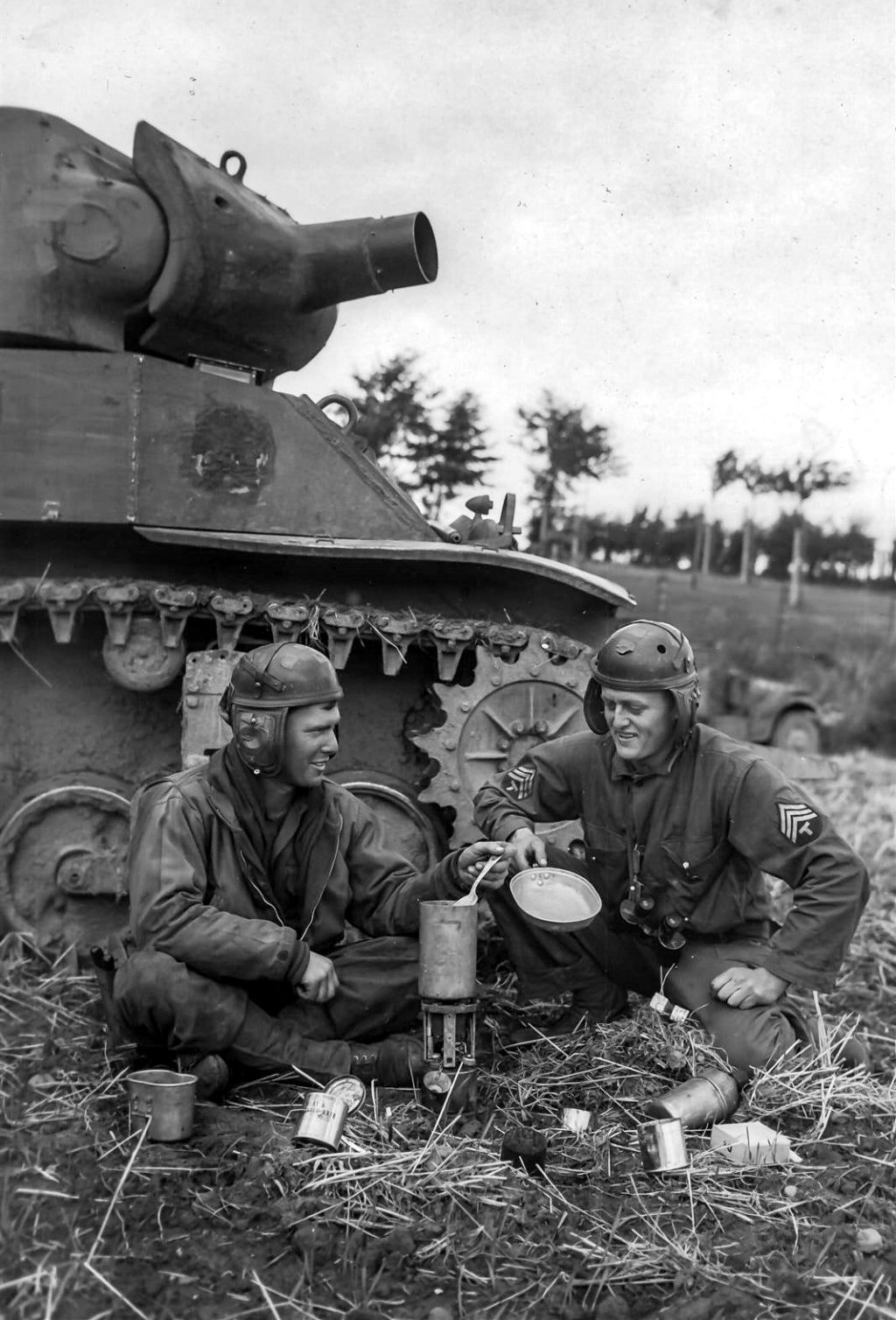 At about the same time other tanks from How Co 66-AIR, spotted the two SP 88s and went after them. One of the two had not yet gotten into position and was an easy mark. The other one, for some reason, did not get off around before it was put out of action. This left the Germans manning the trenches without any AT protection except for three direct fire guns, of approximately 75-MM caliber which were ‘dug in’ about 1000 M northeast of Lanklaer. These were well hidden by a grove of trees, and either for this reason or because it was raining, or both, neither the artillery Field Observer nor the Artillery Observation Post could spot the guns. Fortunately, however, most of the rounds from these guns detonated on striking tree branches, and the shots that did come through were wild. How Co 66-AIR, did not have one casualty from this fire, and one of the three guns was eventually knocked out somehow.

Maj Zeien’s force arrived about 1615, approximately 45 minutes after Maj O’Farrell had reached the vicinity. The two forces attacked the enemy dug-in positions in their respective sectors, the tanks spearheading the attack. The German troops were from the Luftwaffe 22.Flieger-Regiment. Most of them were young and fought to the bitter end. In many cases, they remained in their trenches even after the tanks came right up to them, and it was sometimes necessary to get them out by M-15 WP hand grenades and by pistol fire from tank turrets. During this action on Sept 18, Lt George Heald, a platoon leader of Able Co 99-IB (S), accounted for four Panzerfaust – Panzerschreck men, thus saving the tank with which his platoon was working. Four of the platoon members, however, were wounded by a fifth German. Lt Heald was in a position to get this man also, but his carbine jammed.

After the trenches were captured, the tanks crossed the Lankaer-Stockheim road and Maj O’Farrell’s men fanned west to cut off any enemy retreating from Lankaer, while his infantry and a few tanks went into town from the south and east. Maj Zeien’s force went clockwise around Stockheim, setting up roadblocks at every road leading out of town. Then a small force went into town and found it virtually deserted. Lanklaer did not fall so easily. Additional paratroopers were there, and both in and on the western outskirts of the town they fought stubbornly until they were killed.

By 1730, all resistance had ceased and the line Lanklaer-Stockheim secured. Col Stokes, Maj O’ Farrell, Maj Hansen, and all of the tank and infantry company commanders involved in the operation of Task Force Stokes agreed that the use of armor was the key factor in the speed with which the mission was accomplished and the disproportionate number of casualties suffered by the enemy. Col Stokes said, the enemy was very much surprised at our use of tanks because when the attack began in the late afternoon of Sept 16, he had no AT weapons in the corridor. Not until the end of the third day, around Lanklaer, did we hit anything bigger than a bazooka..

Maj O’ Farrell said, the infantry took a good many casualties. But by themselves, the doughboys would have a terrible time. The krauts had a hell of a lot of automatic fire and the defense was extremely stubborn Maj Hansen emphasized the fast advance that the presence of the tanks made possible. The Germans, he felt, had no time to prepare their defenses. They had plenty of ammunition, they were burning piles of it as we came up to Uykhoven, but they had no heavy weapons in the corridor. Those at Lanklaer had been brought down from Maseick to stop us. Then, too, our tankers were good. For example, when someone pointed out the AT guns at Lanklaer, they went right out after them and knocked them out. We picked up 75 or 80 prisoners afterward in the rear areas.

They said, We can’t fight tanks. I am sure that is what scared them. It was a tougher fight than Elbeuf for us, but without the tanks, it would have taken a long time to clean that corridor. The tanks are only afraid of places like buildings and hedges where bazooka men can hide without being seen. If the tanks are working with infantry who are not afraid to stay up with the tanks, the combination can’t be beaten. Of course, the infantry think tanks should always go ahead and often have to be booted.

Tank-infantry teamwork. The tank commanders and infantry commanders interviewed tended to emphasize the work of their respective arms. There was no basic conflict, however, as to what generally happened: each group of infantry followed wherever its assigned tank went; except that the tanks got stuck at a stream or dike, Maj Hansen would order the infantry to advance without the tanks to a designated objective. In other words, the infantry advanced and cleaned out objectives in the immediate wake of the tanks. 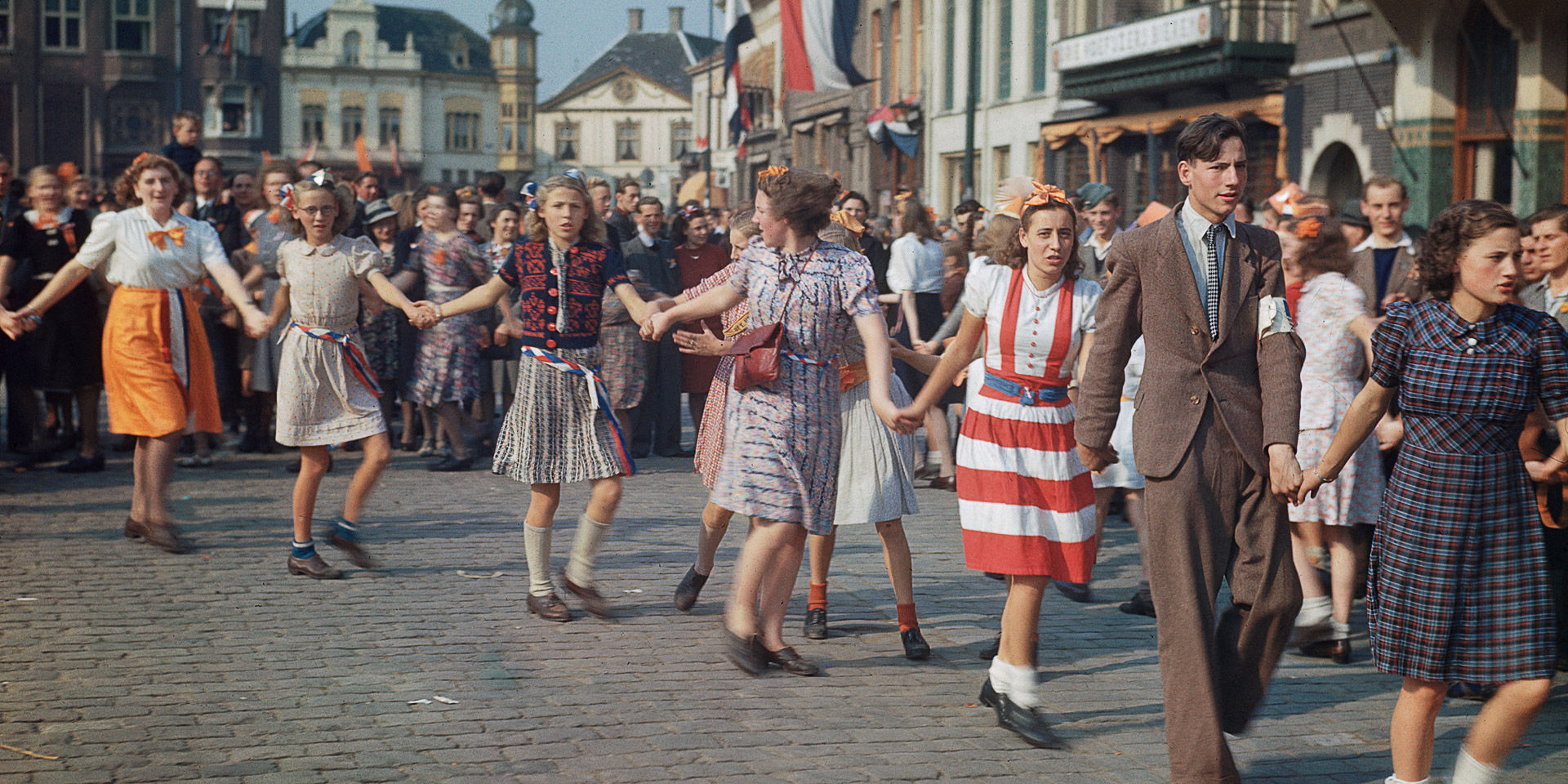 Art fit for a legend. ⚡ Tag #BlackAdam and show us your art for a chance to become a Selected Creator! #FanArtFriday

Five pieces of work will be chosen by Warner Bros. Pictures as Selected Creators.