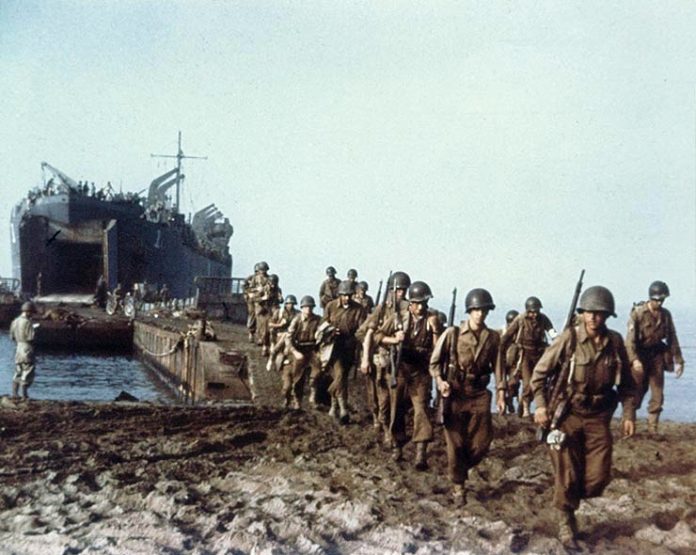 The first part of this series explained how the Germans developed their intelligence front-line collection units. This article covers how the western allies copied the German example under the Codename S Force during their North African campaign. While some problems were identified, the system proved successful enough for the allies to continue with similar collection units in Italy and to develop this form of intelligence collection even further in preparation for the military campaign in NW Europe. 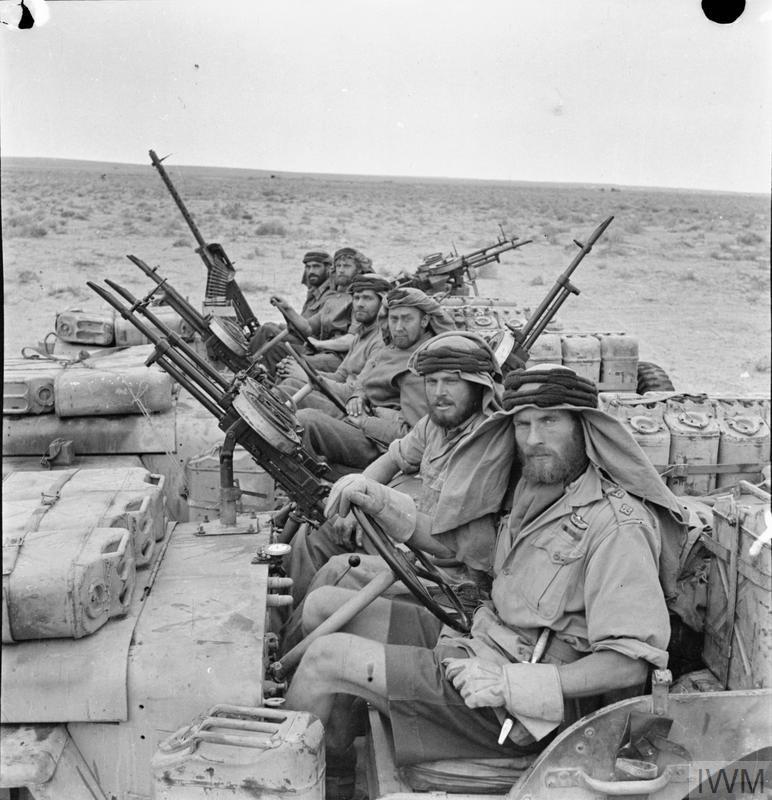 During the Second World War, the use of intelligence was a vital factor in the victory of the Allies over Nazi Germany. The intelligence itself was collected from a variety of sources. One of these was, of course, ULTRA – the intercepted and decrypted messages from the German ENIGMA machines. Unfortunately, when the Allies advanced through Europe they gradually lost much of the advantage gained through ULTRA, as the German forces resorted more often to the use of landlines for their communications. The Allies had, therefore, to rely more upon intelligence gathered by their advancing forces.

To obtain this intelligence they created intelligence collection units which they called S Force in Italy and T Force in France and Germany. As the war progressed, the role of these units altered to reflect changing priorities, with more emphasis being placed by the Allies on the acquisition not only of technical intelligence useful for gauging the Axis powers’ war potential but also to discover industrial secrets which the Allies regarded as part of their legitimate war reparations. What were the origins of these units? How did they operate? What was the composition of these units and how successful were they in their task?

Intelligence collection was practiced by Field Security Sections (FSS) and Counter Intelligence Corps (CIC) personnel of the Allied forces in the Tunisian Campaign in 1943, as well as by a number of more specialized teams. For the exploitation of large city targets, the British military decided to create a unit similar to the German Abwehr Kommando (discussed in a previous article), after seeing reports of their activities in decrypted German signals (ULTRA).

As with the Abwehr Kommando, the British employed elements from a number of units working together on an ad hoc basis. They operated under the title S Forces for the occupation of target cities. Except for these large targets, the Allies would continue to rely upon the FSS and CIC, who already had such activity within their intelligence and security role, and on specialist units such as the British 30 Assault Unit (30 AU). For example, during Gen Wavell’s Desert Campaign in 1940-1941, at least two FSS were employed in front-line intelligence collection, occupying and searching captured enemy HQs for documents. During Operation Torch, the Allied invasion of North Africa, elements of 85 FSS accompanied the US Rangers at Cape Malifou near Algiers, on Nov 8, 1942. They seized documents and radio transmitters at the Office of the German Armistice Commission and three days afterward captured 2 German agents. The American CIC also claimed the capture of a mass of documents in a hotel that was used as headquarters by members of the German Armistice Commission on November 8, plus the capture of a dangerous group of Italian nationals at Fedala. In the next few days, the CIC also captured valuable documents and a number of Nazi agents in Algiers and Casablanca. Among the documents retrieved in Casablanca were German lists of French Axis Sympathizers as well as a complete Italian Secret Service list of French Intelligence Service members, enabling the safe replacement of these compromised agents.

As with the British FSS, the CIC had the task of searching, in the forward areas, enemy headquarters and local administration as well as police offices. In order to be in place to protect such targets from destruction and dissipation the CIC sections were often sent well forward, sometimes being the first troops to enter towns and villages.(1)

Commander Ian L. Fleming RNVR, an assistant to Adm John H. Godfrey, the Director of Naval Intelligence, had also suggested the formation of an offensive naval intelligence group after being inspired by the German Abwehr special assault unit in Crete, which had penetrated the British GHQ to make a swift appraisal of the British ciphers and technical equipment.(2) He would have been aware of this operation, and that of other Abwehr Kommandos, because he had access to the signals from these units through ULTRA. According to Capt Ewen S. Montagu, an RN Intelligence Officer involved with ULTRA: We learned also that the Germans prepared Intelligence Commandos (Abwehr Truppen) who would go with any troops that spearheaded an invasion. These would go direct to any headquarters, ministry, or other important place or office in any invaded town in order to preserve and collect any codes, ciphers, plans, records, or other documents before they became scattered or destroyed. This knowledge not only gave DNI the idea of forming similar naval intelligence commandos when we, in our turn, went on to the offensive but, more importantly, the contents of the German signals about their formation and training gave us the first indication of a possible German operation.

Admiral Godfrey expanded this idea to include elements from the Royal Marines and the British Army. Fleming was the Naval Intelligence Department’s Liaison Officer to the unit, which first went operational as the Intelligence Assault Unit (IAU) on the Dieppe Raid (Operation Jubilee) in August 1942 before being re-titled as 30 Commando, then 30 Assault Unit (30 AU).(3) The unit operated in the Middle East under Lt Cdr Quintin Riley in 1943 and Lt Dunstan Curtis, a coastal forces officer who had participated in the St Nazaire Raid in 1942 as an MTB commander, before becoming OC of 33 Troop (30 AU) and 36 Troop (30 Commando). Robert Harling, NID member and part of 30 AU, claimed that the unit began a fierce and urgent quest for advanced German weapons and know-how, particularly U-boats construction, torpedo performance, and electronic devices as part of its D-Day operational role, but in fact elements of 30 AU were used in this role long before D-Day.(4)

The 30 AU participated in the follow-up to Operation Torch (the invasion of Algeria and Tunisia in November 1942). The task of the British First Army had been to secure Tunis and Bizerte (a coastal town and port North of Tunis) for the Allies before the Axis powers could counter-attack. Because of the French Vichy Resistance to the Allied invasion, the Germans were able to land their forces in Tunisia and the battle for control continued for seven more months. The 33 (RM) Troop of 30 AU joined the 51st Highland Division on 6-7 April 1943 for the Battle of Wadi Akarit, after which the unit was assigned to the 8th Army under the command of the intelligence collection group known as S Force.

The 15 Army Group had been given the task of setting up S Force by 5 Corps. This S Force was charged with the coordination of all intelligence-gathering activities in the proposed capture of Tunis and Bizerte. Elements of six FSS (31, 37, 51, 55, 62, and 68 FSS) were assigned to S Force for the operation, and four other FSS came under command later in the operation. The major task of this S Force was actually concerned more with counter-intelligence and operational intelligence rather than seeking political or scientific intelligence, but they also were looking to quickly re-establish the civil authorities in the newly occupied region.

The 68 FSS had first been nominated in December 1942 to form the nucleus for the counter-intelligence assault on Tunis. The section’s NCOs prepared for this task by studying local topography, local organizations, and Black Lists (lists of people in automatic arrest categories, such as German intelligence and security personnel, known agents, and collaborators). The 68 FSS was based at the Ain Tounga concentration area from April 27, 1943, to the start of the operation on May 7. The section acted as liaison between the officer placed in charge of the S Force operation, Lt Col David Strangeways (at that time also OC of ‘A’ Force Tactical HQ – a Middle East-based British deception unit) and the other S Force sub-units. The unit was broken into four detachments, one of which acted as S Force HQ and reserve. Representatives of the local French (Giraudist) security apparatus, the BSM and the BST, were to supply detailed information on the targets and arrange for local police to be attached to each detachment. The HQ and Intelligence Office were to be set up in the Hotel Tunisia Palace (though the orders given to another participating FS Section apparently stated the HQ was to be at the National, in the Ave de France!).(5) 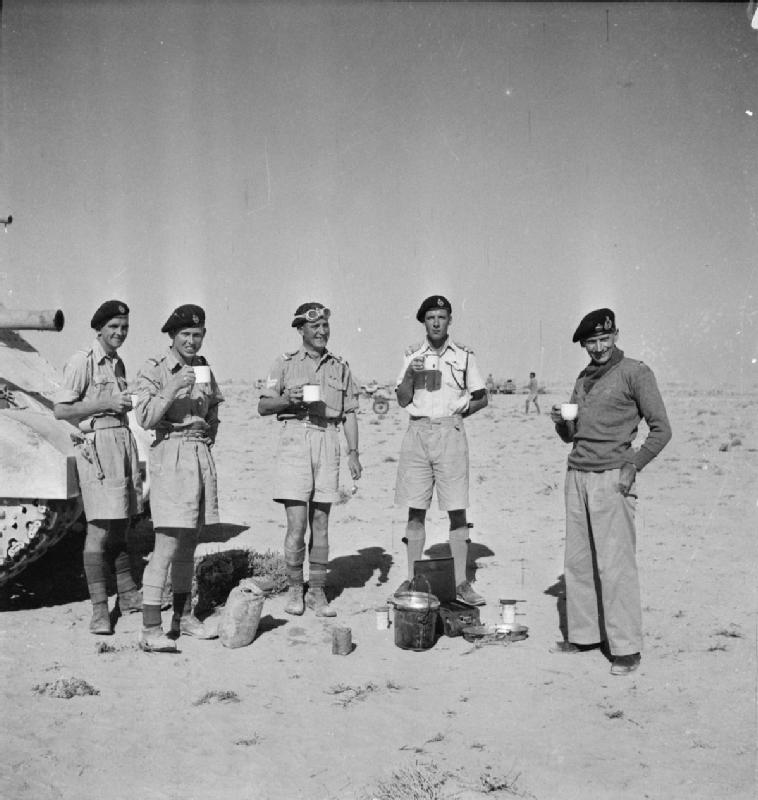 US Armor in the Hürtgen Forest