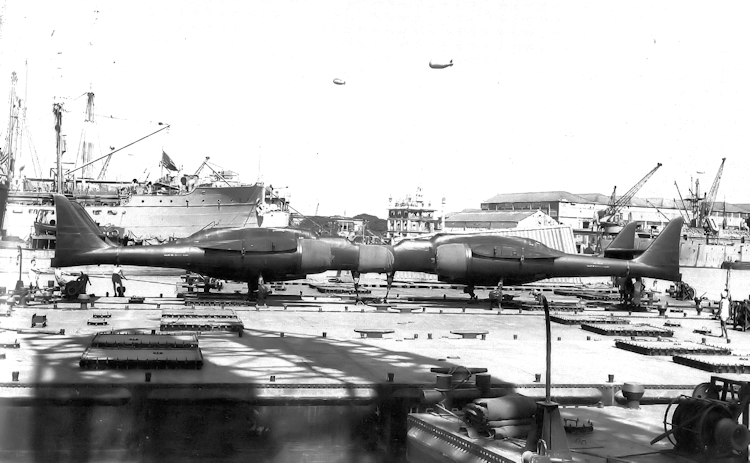 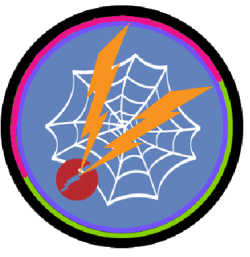 Arriving in India, the squadron cooperated closely with the 426th Night Fighter Squadron. The 426th, with only four operational P-61 Black Widows, needed additional aircraft for their Chengtu, China Operations. A deal was struck between the COs of the two squadrons in which the 427-NFS would give the 426-NFS eight of its twelve aircraft in exchange for the 426-NFS’s aircraft at the depot at Karachi, where two were assembled and six were being assembled. At this time the 427-NFS was assigned to Pandaveswar Airfield in West Bengal. On November 28, 1944, another contingent of the 427-NFS arrived at Myitkyina Airfield, Burma. More of the squadron arrived during December, basically by truck over the Ledo Road from their headquarters in India to prepare Myitkyina as the squadron’s new headquarters where they would remain until May 1945. During December, the 427-NFS’ small detachment of three P-61s at Myitkyina saw all there was of aerial action. They participated in seventeen combat missions. Three were patrols ordered by higher headquarters, two were due to enemy aircraft in the area. On December 25, 1944, a detachment of the 427-NFS arrived at Kunming airport, China, relieving the 426-NFS’ detachment, although the bulk of the squadron remained in Burma. During January 1945, they flew patrols over Myitkyina and Bhamo and twelve local tactical interceptions. No enemy aircraft were encountered. Unfortunately for the 427-NFS, one of those misfortunes of the war occurred. On January 22, 1945, one of its aircraft in the China detachment operating out of Suichwan Airfield in southeast China shot down a US C-87 (a transport version of the Liberator bomber) with a crew of nine. The C-87 was in a prohibited area and made no radio calls, which led to the conclusion that it was hostile.

From this point on, Japanese night flying nearly ceased. The 427-NFS flew more and more night intruder missions. It modified its aircraft to carry a three-tube bazooka-type rocket launcher under each wing. With its rocket-carrying P-61s, it operated against Japanese forces from its bases at Myitkyina in Burma as well as Kunming in China. The 427-NFS intruder missions started on February 22, with a sweep of the road network south of Lashio, Burma. The squadron flew seven-night intruder sorties that month. In mid-March, day and night offensive reconnaissance missions covered the Pangkeyhtu, Loi-Lem, Ho-pong and Namsang road network. Thirty-three-day and night patrols were accomplished that month. Missions planned to originate from Kunming and Chihkiang Airfield were curtailed in April because of a shortage of fuel. The Squadron headquarters moved from Burma to Kisselbarri, near Dinjan, India, in late May. The detachment at Kunming China remained there, operating elements from Dinjan Airfield, India; Chengkung and Nanning Airport in China until the war’s end. Activity increased in July, with the squadron claiming 155 sampans destroyed and fifty-two damaged in addition to numerous warehouses, barges, trains, and trucks destroyed. Besides flying day and night intruder sorties, two special medical supply airdrop sorties were flown in a BT-13 Valiant aircraft. On August 13, 1945, the 427 was ordered to move to Liuchow Airfield, China. The air echelon flew there immediately while the ground echelon began the movement by road. With the war over, the air echelon was ordered to fly to Yangkai Airfield, China, to turn in their aircraft for ‘pickling’ (preparation for storage) and start processing home. All aircraft were turned in at Yangkai on August 29. The 427th Night Fighter Squadron was inactivated on October 13, 1945. 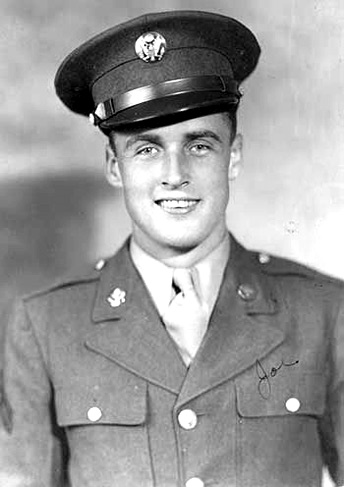 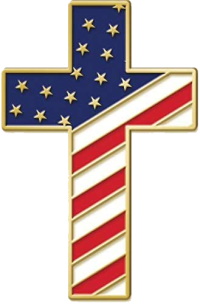 This poem was written in memory of S/Sgt Joseph W. Dunaway of the US Army Air Corps, son of Mr. and Mrs. Richard Dunaway of South Shore, KY by his loving mother Pearl, circa 1945. To the day she died, she never forgot or gave up hope of finding her ‘little boy’.

Where is my Son? By Pearl Dunaway

Where is my son? I’d give the world to know.
Has he his mission filled and left the earth below?
Is he up there in that fair land, drinking at the fountains,
or is he still a wanderer in India’s jungles and mountains?
Oh Lord! If he’s up there in some heavenly place,
if I could just take a peek, I’d know his smiling face.
His faded star of blue, that hung in the window bold,
is now a silvery hue, or has it turned to gold?
I remember the day he went away, soon to cross the ocean’s tide.
How he tried to wear a smile. That beset the tears I tried to hide.
He wrote us often. Each letter proved a blessing.
Then came that awful telegram, which read: ‘Your son is missing’.
It was 2:30 PM on July 4th. They were very much alive.
As a crew of 15, they started to fly the Hump, in a bomber, a Mitchell B-25.
The army searched on land and sea and by air, but searching has been in vain.
My heart is still bleeding, for my son was on that plane.
Now every time I see a plane and hear its motors roar,
I think of my boy so far from home, 12,000 miles or more.
He left his home and friends, his country to help save.
Does he now in some faraway country lie, with no marker at his grave?
In my mind, I would travel over mountains, land, and sea, my darling boy to find.
When I suddenly realize, my hands are tied behind.
When we have done all we can do, we ask God to take a hand.
Why he allows these things to happen, may we someday understand.
I remember the words Joe said to me just before he had to leave:
‘If it’s His will I don’t come back, please mother, you won’t grieve’.
I remember some of the songs he sang, as I recall some sacred line.
I little dreamed what it would mean to him, as he sang the ‘Ninety and Nine’.
Now that our boys are coming home, among them his brother.
Somewhere on the sea of seas, there is still another.
When we think of those that may not come back, it makes our tongues be still.
For in our hearts, there’s a vacancy that no one else can fill.
It’s such tragedies as this, that tears our lives apart.
No tears to ease the aching eyes, for tears are for the heart.
I pray God who doeth all things well, and leaves not anything undone,
will this tragic thing reveal and help us find our son. 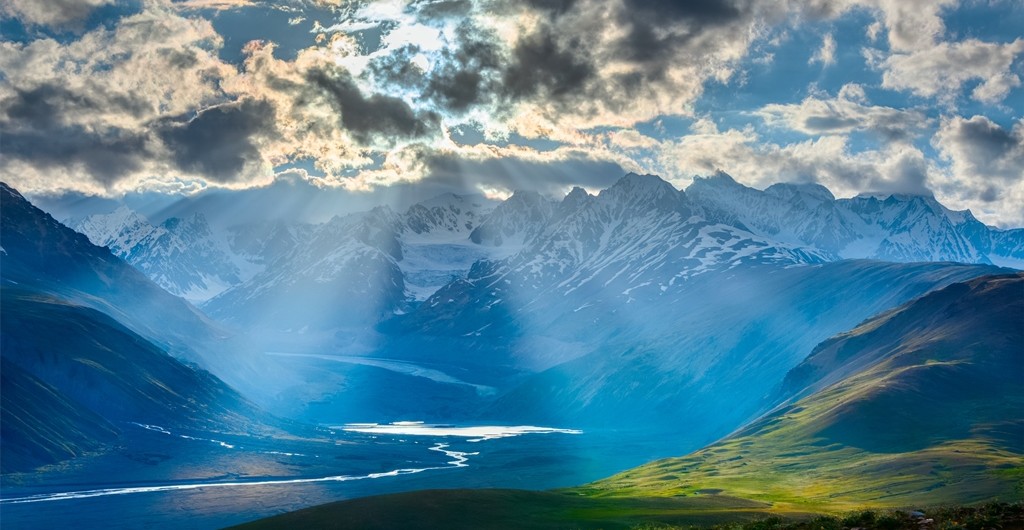 Nicholas Winton helped 669 Jewish children escape the Nazis. His efforts went unrecognized for 50 years. Then in 1988, while sitting as a member of a TV audience, he suddenly found himself surrounded by the kids he’d rescued, now adults.

How to Use Personal Brand Photos to Stand Out on Social Media (and Be Remembered) https://ift.tt/Fr7Ky2H

"There is on television & in most places online, a near total media blackout of this story. How powerful is Big Pharma? That powerful."

Tucker Carlson on the Pfizer expose by Project Veritas.

We're sure many parents can relate! 💤💤

Astronomer Have Discovered A Mysterious Object, Which Is 570 Billion Times Brighter Than The Sun

Consistently investigate what gives other people energy. Be the fan that fuels it. - Darren Rowse #quote

Just because you can do something doesn’t mean you should.

Due process has been followed- the march is legal. You can exercise your right not to March and that is perfectly fine.

@OohLaLovely Hence we have a constitutional democracy ... when ppl exercise their rights 2 march must & should as well respect others ppl's rights ... who prefers not to do so furthermore when ppl march must do so as per due processes & procedures ... We can't afford as a country riots ‼️‼️‼️

Today, on Holocaust Memorial Day, I'm thinking about this little boy, the same age as my kids, proudly showing a flower to another child, outside a gas chamber at Auschwitz, where they were all murdered moments later. It is so important for us all to remember what happened.