The Battle of San Pietro (Film) 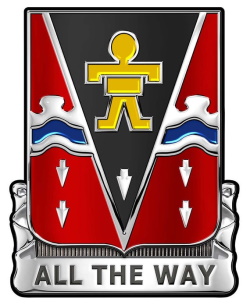 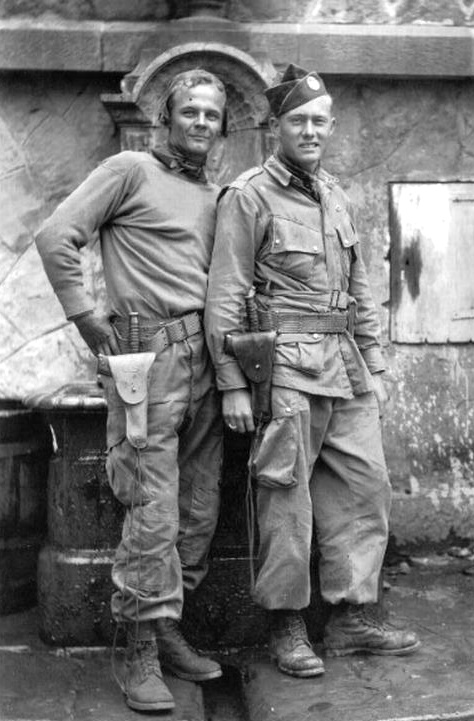 Departed from Naples at 1430 by truck convoy. Proceeded via Casserta, Calazzo, Avignans, Dragoni, to Macchia, attached to 504th Parachute Infantry Regiment and the unit arrived at Macchia on November 10 at 0100. Sent into positions around Macchia.

After a recon by the CO of the 504-PIR and the CO of the 509-PIB, our operational areas were pointed out and boundaries set. Orders were changed. Attached to 1/45-ID in the vicinity of Venafro. Entrucked at 1700, proceeded to Venafro. Arrived at 1930. Bivouacked in olive grove near Venafro. Set up CP in building near the 45-ID’s water point.

After a recon with the CO of the 1st Ranger Battalion and the CO of the 509th PIB issued verbal orders for the attack on Hill 1025, Monte Croce, Dog 509 will attack on the right using the peak of Hill 1025 as a right boundary. Easy 509 will attack on the left using the peak of Hill 970 as a left boundary. The Rangers were hold strong points on each of our flanks. One mortar battalion and artillery units in the vicinity of Venafro will furnish the supporting fire. Fox 509 will remain in support at the Line of Departure. HQs 509 will hold support around the battalion CP.

At 1112, the 509 launched the attack under ideal artillery support. The attack progressed very favorably. The rugged terrain slowed down the assaulting companies, but they adjusted quickly to the situation. The Machine Gun Platoon of Hqs Co was committed at 1300. They closed the gap which was developing in the center due to terrain features. An intense enemy artillery barrage developed as the companies neared their objectives while casualties occurred. At 1700, both companies reported that they had reached their objectives and were 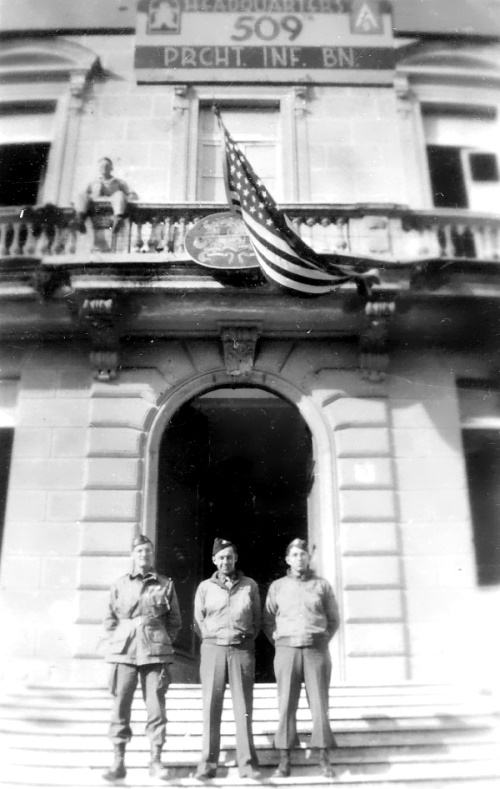 preparing the positions for defense. The Battalion CP and the support were advanced to a position from which an enemy attack could be met quickly. Enemy artillery became very active and subjected the entire battalion sector to an intense barrage. The enemy forces were so completely disorganized by the vigor of our assault that they failed to counter-attack. Enemy equipment was scattered along the ridge as the enemy attempted to escape.

Three German prisoners were taken but they attempted to escape and were shot. Sixtheen enemy dead were found. Our casualties for the day amounted to 9 killed and 49 wounded.

Tne Companies consolidated their positions. The CO’s sent out patrols to Rangers on each flank. Intermittent enemy mortar and artillery fire.

Fox Co relieved Easy Co on the left flank. Enemy artillery was active, and several patrols were fired upon by Dog Co.

Dog Co was relieved by Easy Co. The LMG Platoon of HQ Co was attached to Easy Co. Dog Co returned to the bivouac area near Venafro.

Dog Co took up positions in the valley between Pozzilli and Concacasale. One section of LMG’s was attached to Dog Co. The disposition of the troops at this time was as follow, Easy Co, plus 1 Platoon of Fox Co and 1 Section LMG occupied positions on our left flank; Dog Co occupied positions in the valley connecting our defense with the 157/45-ID whose CP was located in Venafro and HQs Co defending the battalion CP.

The Battalion CP moved to Pozzilli. Enemy artillery was active. Our artillery was very active. Venafro was shelled heavily by the enemy. No change in unit disposition. 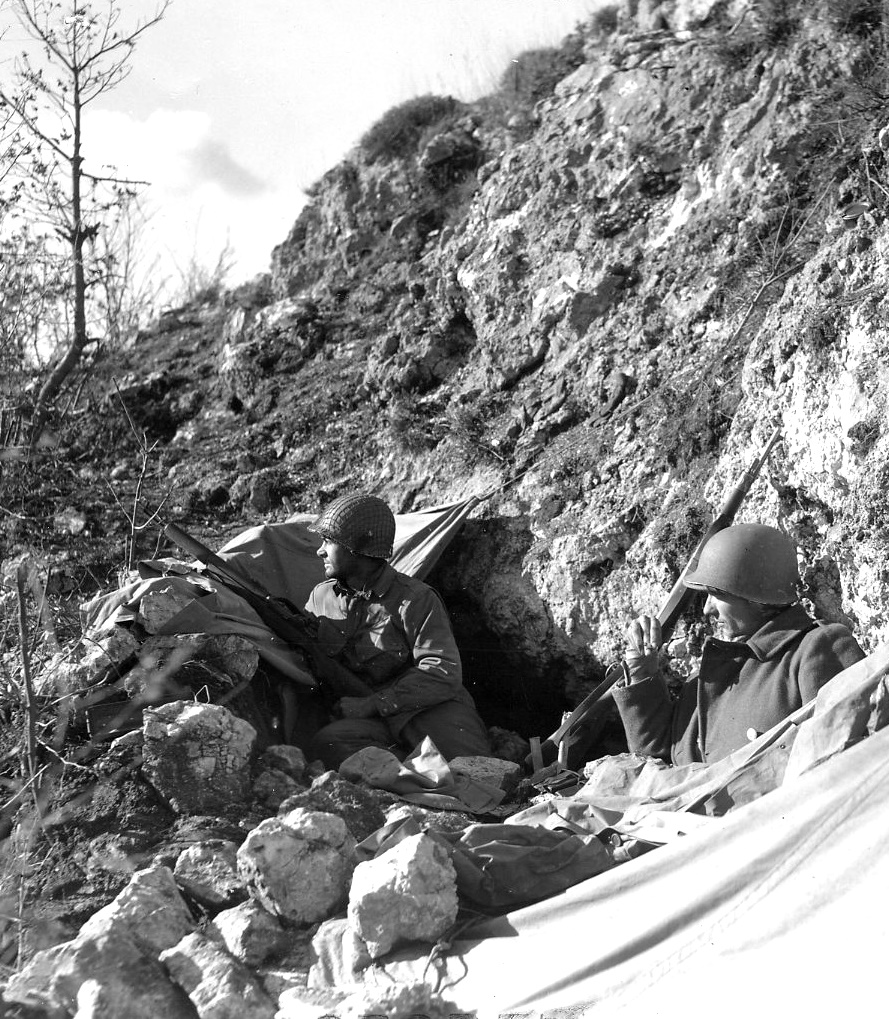 The 1 Platoon of Dog Co came to Pozzilli to dry out. A new pack train trail was started. Now using 25 mules from supply trains. Enemy and friendly air activity was renewed.

Enemy patrols were active in the areas in the front of Fox Co. Other enemy activity was static. Intermittent enemy mortar and artillery fire.

Our patrols were active on the east side of Concacasale. The Mortar Platoon of HQs Co was set up for firing missions in the areas near Dog Co. The enemy artillery shelled Venafro and Pozzilli.

Heavy fire came down on Dog Co position. Fox Co less 1 Platoon was moved from hill to dry out.

Fox relieved Dog. The Battalion CP HQs Co Supply section moved back to Venafro and set up in the vicinity of the intersection of the roads. The Mortar Platoon moved to a position in the rear of Easy Co and set up for firing. An Observation Post was established and one concentration registered. Fox Co withdrew under cover of the darkness and returned to Venafro. To date, the communication section has lade 25 miles of wire. 4 bundles containing LMGs and ammunition were dropped by Artillery Liaison Cub to the troop on Monte Croce. 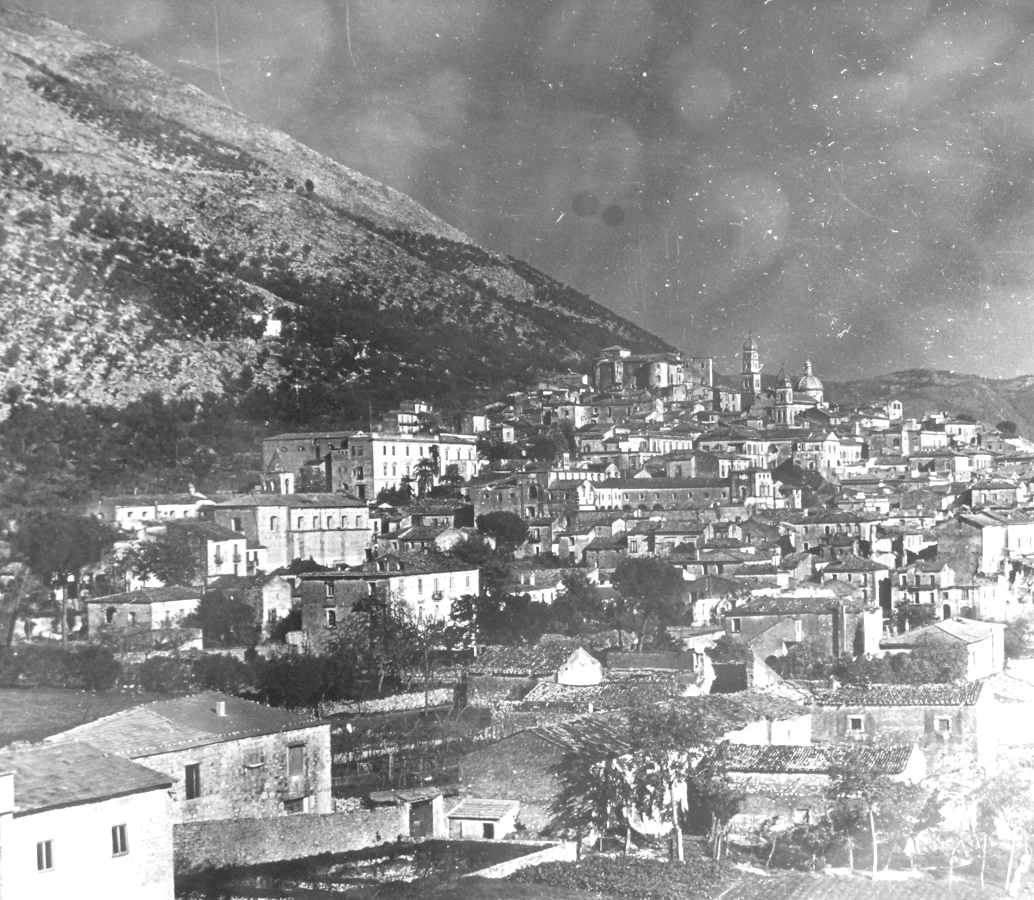 One Squad of Dog Co reinforced Easy Co’s right flank. Dog Co and Fox Co refitted and dried out equipment. Defensive positions were inspected by the CO and his Exec Officer, Dog Co, and Easy Co were alerted to support a Ranger attack. Enemy forces reported moving in Ranger position and our left flank, Hill 1053. They were reported moving in a skirmish line of approximately 40 men followed by a column. One plan was made for Fox Co to support the elements of the 1st Ranger Battalion in event of an enemy attack at dawn.

Fox Co moved out at 0400 to support position in the rear of Easy Co defensive line. Support positions were reached at 0615. Heavy rain and fog prevailed at this time. At 0912, the enemy attacked the positions of the 1st Ranger Battalion on Hill 1053. They were beaten off by the Rangers aided by our mortars. The counter-attack followed after a short regrouping pause by the Germans, then they attempted to flank out our right but Fox Co was committed to meet the attack. Fox Co rolled the enemy’s flank back and broke up the attack.

An enemy minefield was encountered and caused several casualties. They slopped up a portion of the forward slope with bayonets and grenades, then withdrew to the Rangers positions. A patrol spotted carts in Concacasale. One Platoon of Fox Co was withdrawn and one Platoon of Dog Co was used as reinforcement on the Ranger’s left flank at Hill 1053. Artillery and mortar fire pounded Concacasale during the night. A few casualties resulted from this attack. 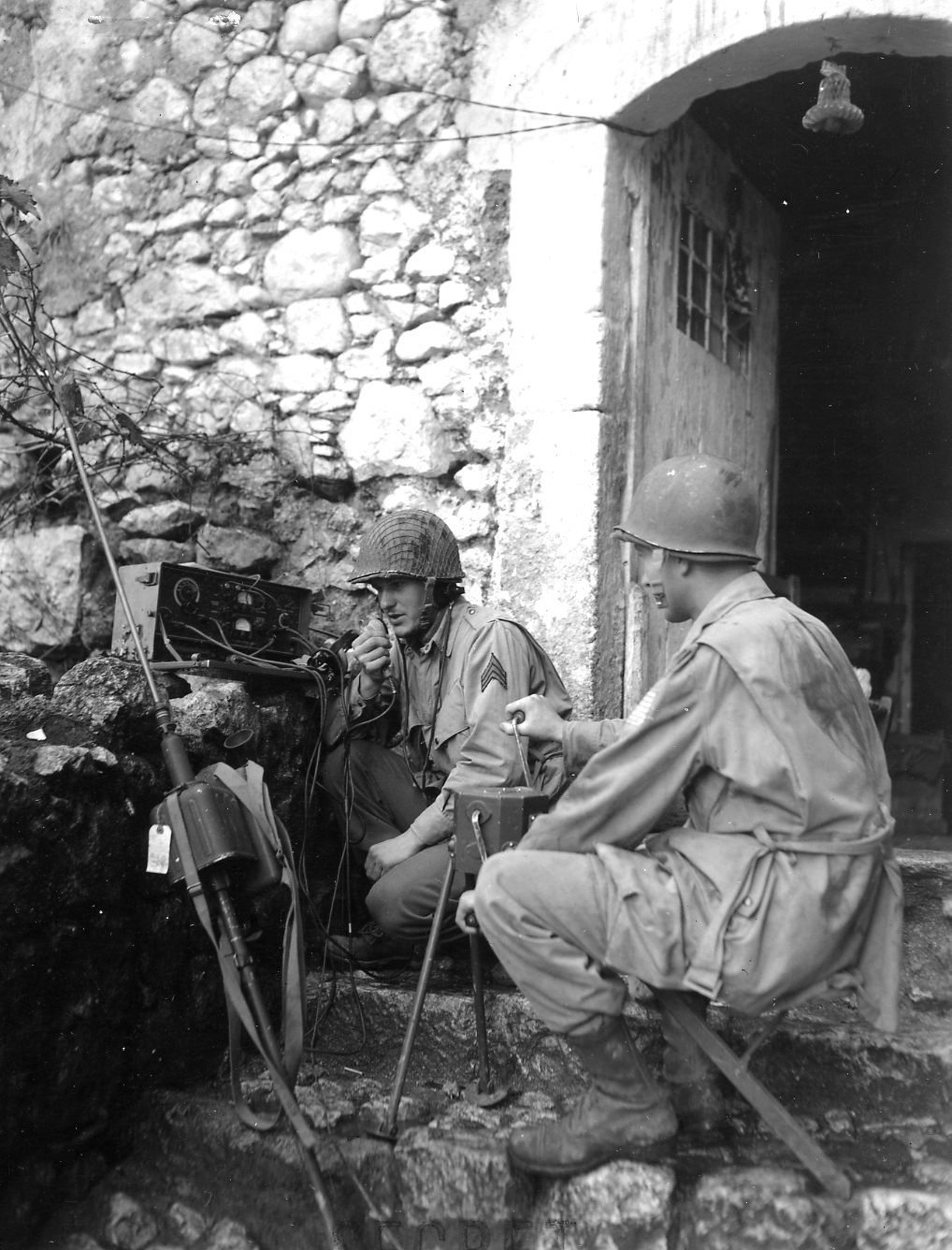 Tokay 6 & 5 were recalled to Lightning for a conference. Venafro was shelled by the enemy. Two rounds bracketed the CP at about 1200. The enemy made another counter-attack but was repulsed. Dog Co used the same flanking play as Fox Co had used previously. The enemy had 9 killed and several wounded. We had one man wounded. Our lines shifted to the left and left an open flank to on right. One Squad of Fox Co filled the gap. The Demolition Section moved to lay mines in the area in front of Easy Co’s position. The mortar fired intermittently during the night.

The enemy attacked the Rangers and the positions of Dog Co at dawn using clouds as a screen. Support artillery was not used. They were thrown back. One hour later the enemy artillery opened up and another counter-attack followed. This attack was beaten off again. Several prisoners were taken. Gen Mark W. Clark (CG 5-A) visited the battalion CP and looked the situation over. He congratulated the battalion on the excellent job he had done and was doing now. He asked about our turkey dinner and etc. Our mortars, (81-MM), fired 10 rounds into the enemy positions. Tokay 5 & 6 returned from Naples. One minefield was laid in the front of How Co’s positions by the Demolitions Section. Turkey dinner was sent to the men in the front lines. Our artillery fired intermittently during the night.

Usual duties. Lt Katz took over S-3. S-3 returned to Naples to rig Cub for aerial delivery. Lt Katz went on patrol with Fisco, Brenner, Laudicina, Moffo, and Trahan. Heard enemy digging and heard one screaming when one of our shells hit. Saw enemy activity in Concacasale. Received verbal commendations from Col Willam Darby, CO of the 1st Ranger Battalion, on giving report. Capt Howland notified of appointment as S-3 on return to Venafro. T/4 O. H. Rundell showed up from the hospital in Africa. Enemy shelled our positions intermittently.

Cpl Leone returned to Piscinola. Silver Star awards arrived yesterday for Lt Mc Carthy, Gunderson, Wilson, and Sgt Fontanesi. Patrol went up to Monte Croce and reported suspicious characters claiming to be from Concacasale. A possible enemy observer seems to be somewhere on this 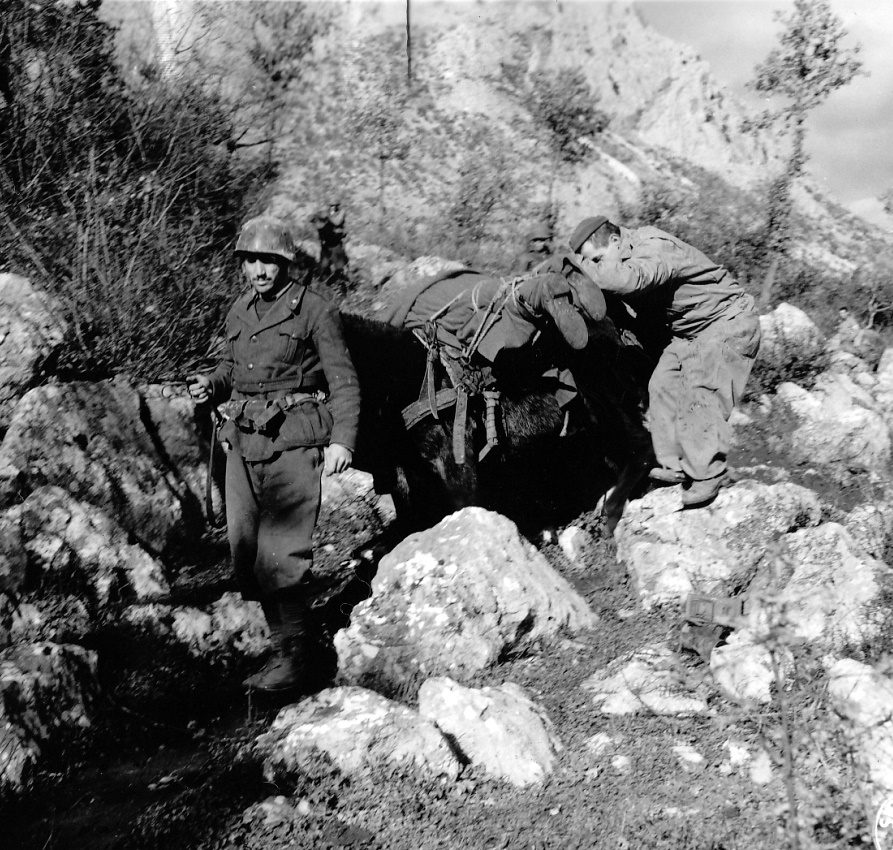 hill. The patrol was shelled accurately while on this hill. Found caves extending well into the hill. Fox’s positions were attacked by the enemy. 2 KIAs and 5 WIAs including Capt Boettner and Sgt Vitterito. Pvt Dial (reported MIA) was found in the 118 Hospital and was doing well. Green flares fired by the enemy over Lt Shermans’ position. Pvt Simons wounded in action died in hospital.

Brought in a prisoner by Fox Co. A 30-year-old Austrian named Alois Koninger. He talked readily and said he was from Co 4, 71.Panzergrenadier-Regiment, 29.Panzergrenadier-Division. Said many of his men are tired of war and would desert if not for the officers. The prisoner was interrogated through Pfc Bickle and turned over to 157/45-ID IPW Team. One late afternoon air-raid (Bed Check Charlie). One Patrol was sent up in the mountains to remove the Italian civilians. Found 1 man and 2 women who came from Concacasale. One of these women came from Providence, Rhode Island. She said she was very very sorry that she had left back to Italy. She had left the USA 14 years ago. Intermittent shell fire from the Germans today. 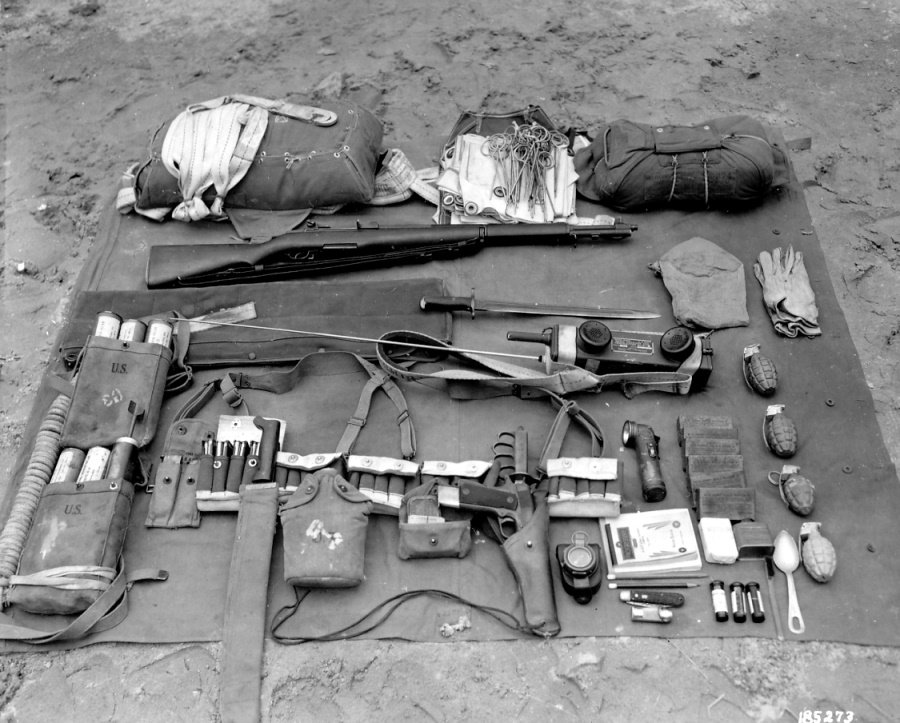 Jerry shelled our positions on the hill while a few rounds went into Venafro. Dog Co took up Easy Co’s positions. 2 drops made from Cub. The AP Photographer took pictures of Dog Co position in the mountain.

Enemy still inactive except for patrols during late afternoon, our patrols were active. Our minefield was completed. Aircraft were active again today. 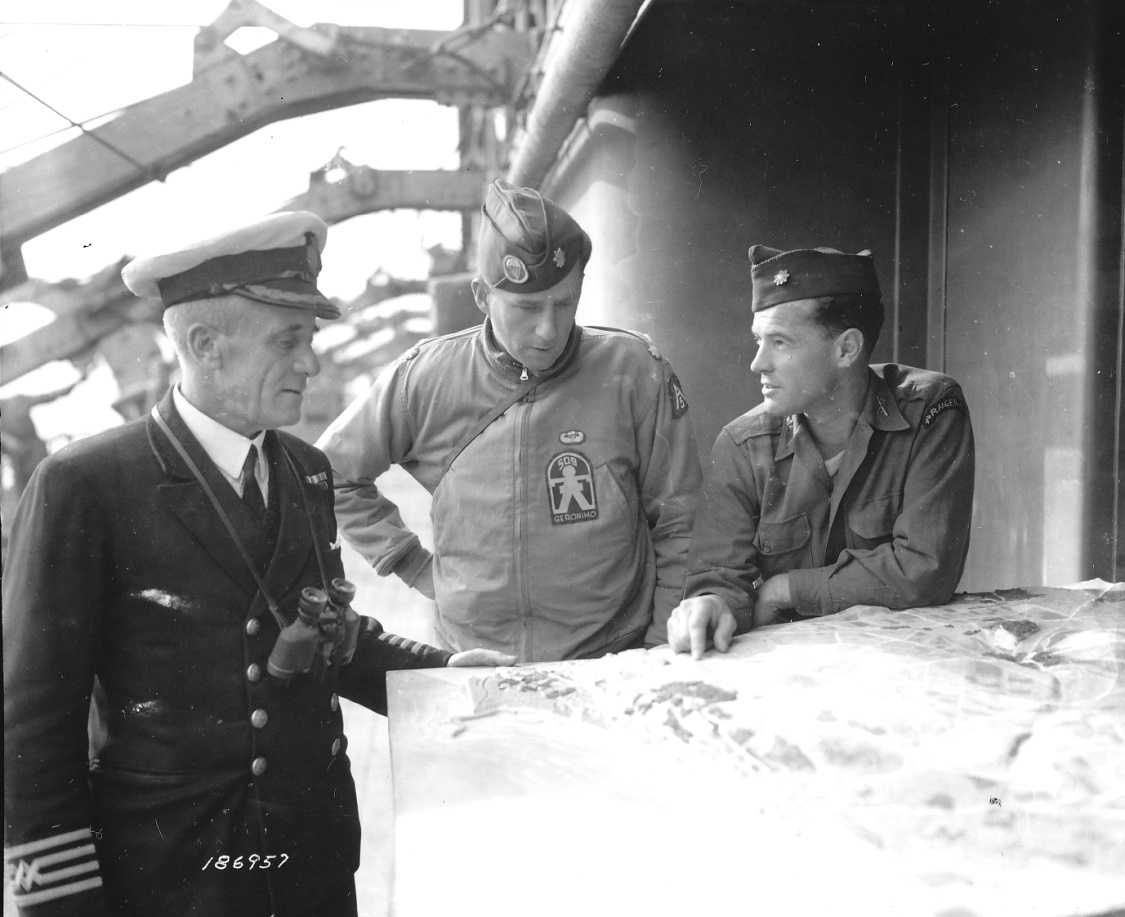 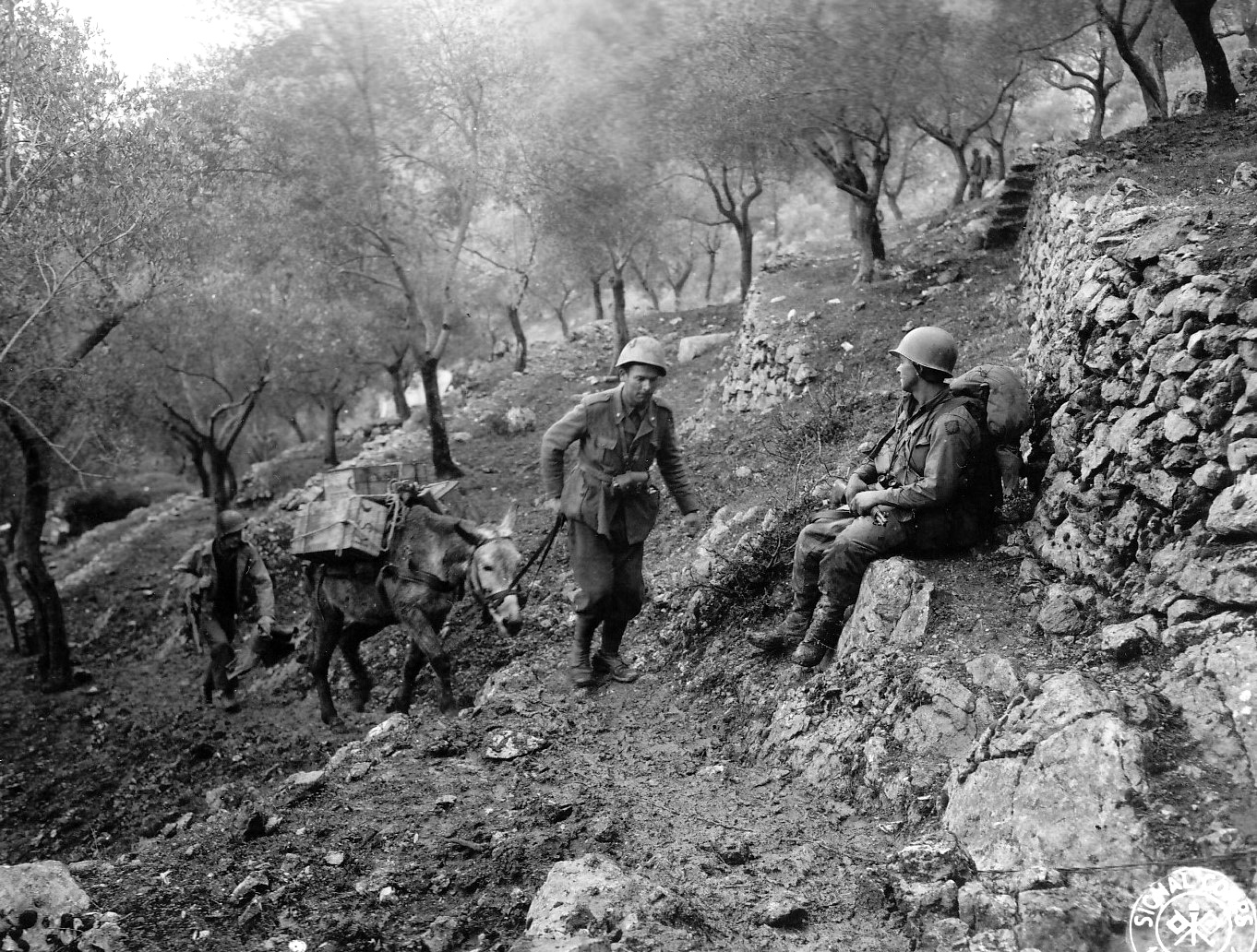 Patrols active. Unit on right were pushed off Hill 769, but regained it in the late afternoon. Approx 8 rounds enemy mortar shells landed near Easy Co. Activity on our left.

Activity on our left flank, 143-IR. 504-PIR in vicinity San Pietro and Hill 1205 which was taken by 180th Inf. 3rd Ranger took Hill 950 after 2 unsuccessful attacks. Our line quiet. Our mortars fired on concentrations. Total rounds fired to date 5800.

December 10 1943
Continuing improving our positions. Enemy inactive except for some occasional artillery fire.

143-IR bogged down on the road to San Pietro. 1205 and 950 occupied by 504-PIR. Enemy planes bombed Ceppagna, some casualties. Maj Morrow, Fisco, Nunn, Thahan and Capt Howland went on patrol and captured 2 prisoners. They were sleeping in a MG nest.

Usual duties on the morning. Made preparations to be relieved.

Battalion relieved and went to bottom of hill. Total amount of mortar ammunition fired to date, 8860. Departed for Naples, moved out 0830 in truck convoy, arrived 1030, strength 122 men and 9 officers.

(This archive and photos courtesy of Jim T. Broumley)

If you can add more infos to this archive (photos, texts, diaries), use the form below.