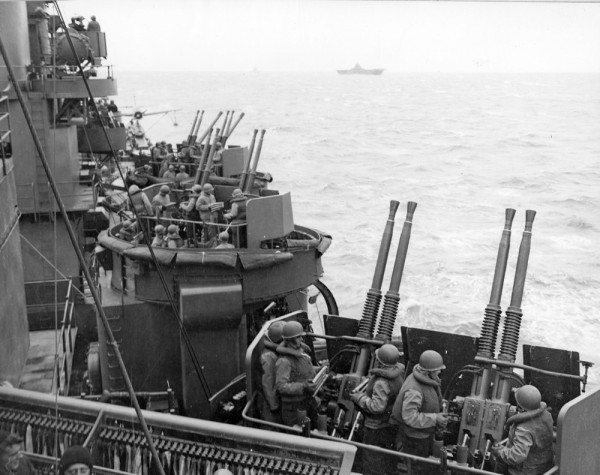 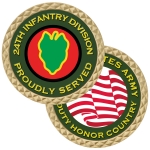 This personal experience monograph covers the operations of the 24-ID (Victory Division) in the Invasion of the Island of Mindanao, Philippine Islands, during the period of Apr 17 to Aug 11, 1945, with particular emphasis being placed on the G-1 activities of the Division General Staff. The division operation, commencing with an amphibious assault developed initially into a highly mobile situation with later phases being involved with a hard slow-moving battle. A study of this operation is believed to be of special interest to military students as it affords an opportunity to study an independent infantry division action which was an infrequent situation in WW-2.

To present the personnel staff functioning of this operation the author has organized his monograph to give first, the general situation, then the high-level planning and consideration of the target area. This is followed by the division situation immediately prior to the operation and the G-1 situation at that time. A description of the division and G-1 planning phases for the operation is then included. This is believed essential to convey to the reader the lengthy and detailed prior planning necessary for an amphibious operation as well as establishing the G-1 situation at that time as it affected the operation. 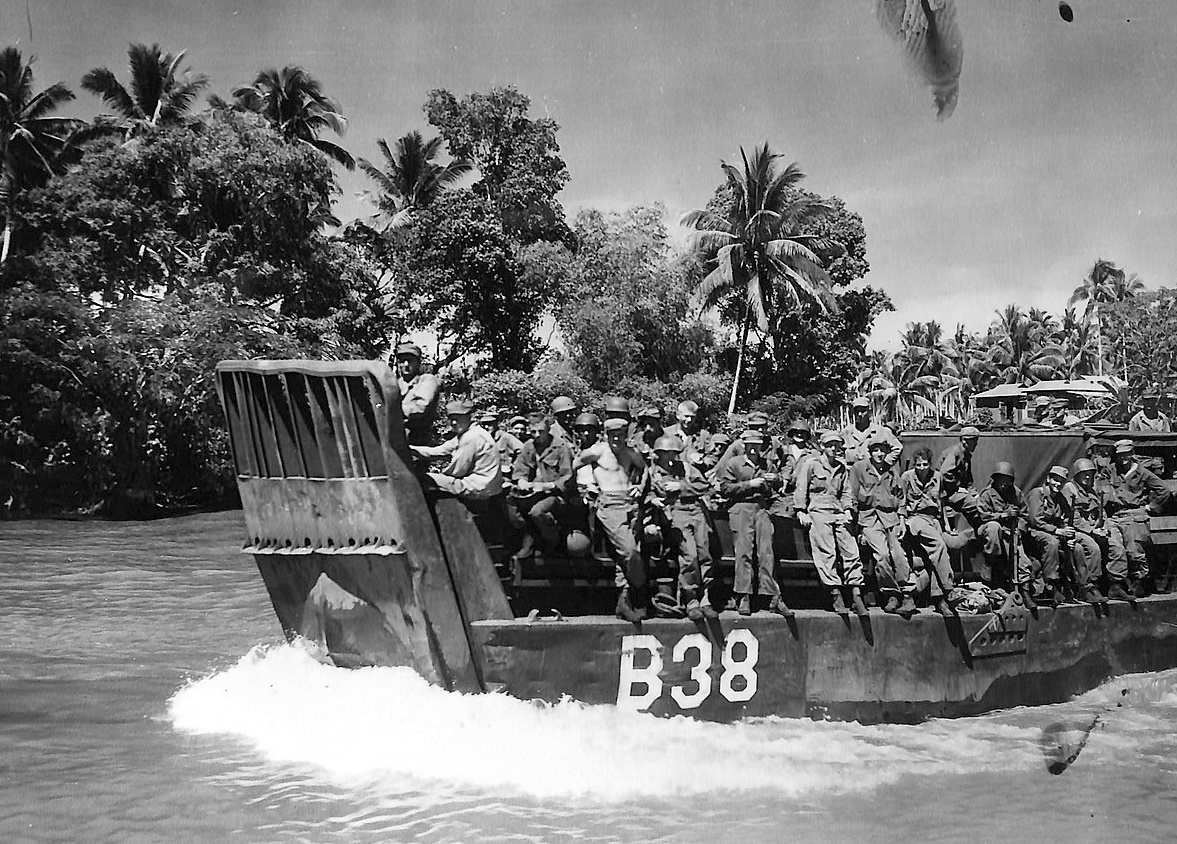 Only a brief narrative of the tactical operation is included followed by a detailed narrative of the G-1 activities for the same period of time. The latter activities are consolidated into two major phases, first, the fast overland marches across Mindanao from Parang to Davao, and second, the stabilized situation in the Davao Gulf area where normal staff operations were conducted. For a complete consideration of the normal G-1 staff functioning a paragraph is included in this section for each of the eleven major subjects included in the G-1 S-1 instruction course for resident students of the Advanced Infantry Course for 1948-1949, Fort Benning, Georgia. Although there are many outstanding tactical lessons to be found in this operation, for brevity and clarity the analysis and criticisms, and lessons learned are confined only to the G-1 activities of the operation. 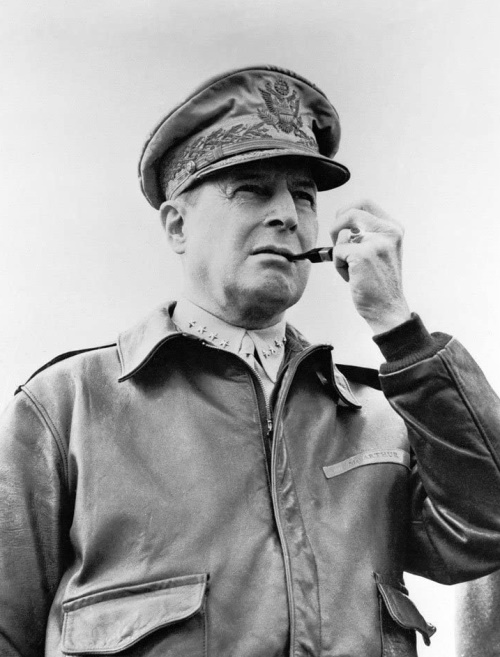 Gen Douglas MacArthur’s strategic plans for the liberation of the Central and Southern Philippines were based on the assumption of conducting a series of amphibious operations in that area concurrently with the long Luzon campaign. This would affect the complete liberation of the entire Philippines and release the bulk of the combat troops for joint operations against Japan by the time difficult Luzon was secured. The Central and Southern Philippine plan envisioned first, American bases on Palawan Island and on the Zamboanga Peninsula – the Sulu Archipelago to control the sea routes to the West and South of the Philippines as well as isolating the Jap garrisons in Mindanao proper and the Celebes. Then, ports were to be secured on Panay, Cebu, and Negros Islands. From the latter points, allied forces could reach out over the entire Visayan area enhancing the success of the subsequent plan for Mindanao’s liberation. All of these varied operations became the mission of the CG Eighth Army while Sixth Army continued to reduce the Japanese bastion of Luzon. 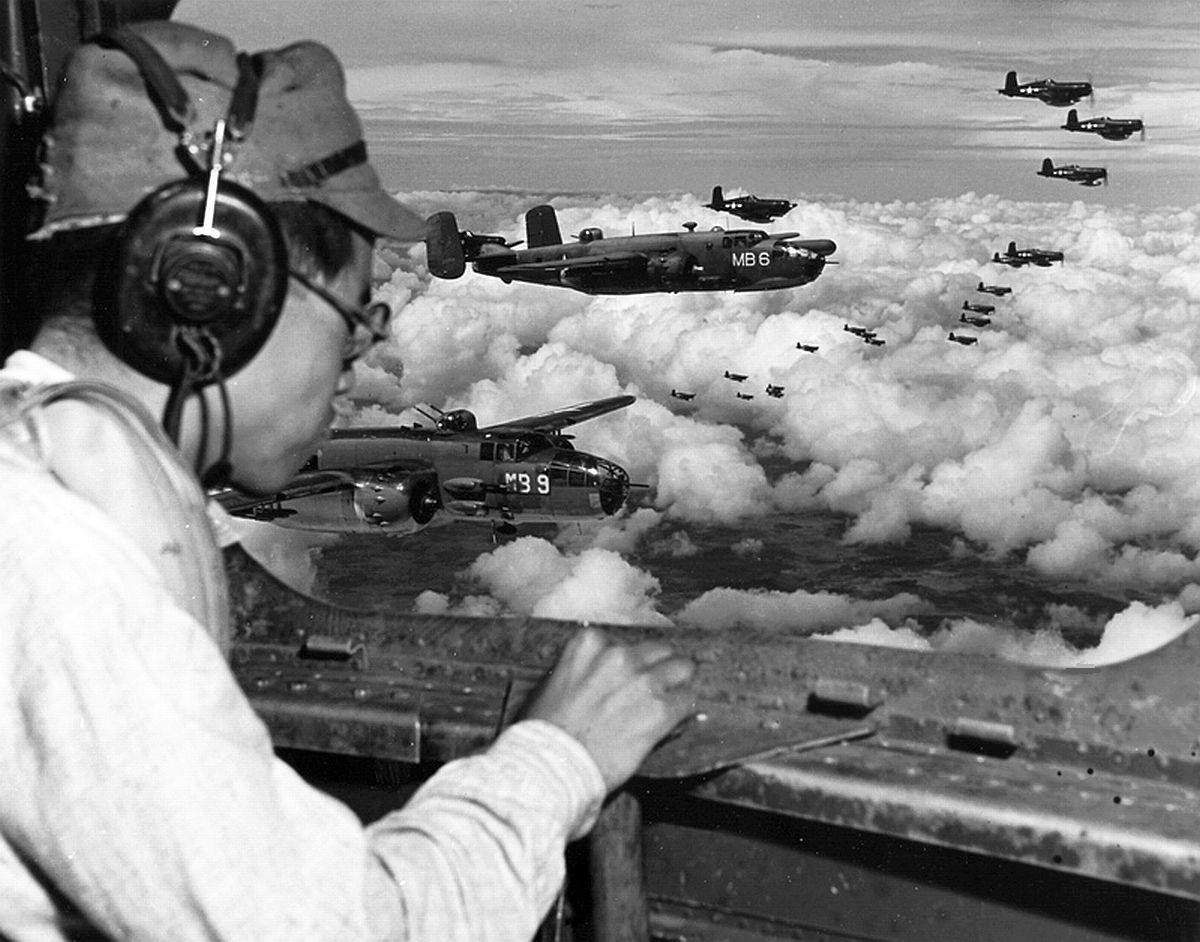 Victor V was considered the most important of all five of the Victor operations under the 8-A control in the Southern Philippines Campaign. A map study will indicate that Mindanao proper had been isolated from the rest of the Philippines by the previous four Victor actions. Victor IV; the acquisition of the Zamboanga Peninsula – Sulu Archipelago, was considered a vital prerequisite to the success of the operations on Mindanao as the area afforded critically needed air, water, and ground bases for support of the amphibious assault of the island in addition to the importance of clearing and denying further use of the North-South and East-West sea lanes in that area by the Jap.

Although the action was still in progress on the Zamboanga Peninsula in early April as well as the other areas of Victor I, II, and III, it was indicated by the high command that Victor V would proceed concurrently as scheduled. In the 44 days immediately preceding Victor V, the 8-A had made 14 major amphibious landings and 24 minor ones, averaging almost one per day. This schedule strained severely the USN’s ability to provide landing craft in desired quantities in addition to posing a logistical support problem of no small scale.

A brief terrain study of Mindanao reveals a rugged tropical island approximately 200 miles East-West and 500 miles North-South, exclusive of the Zamboanga Peninsula. The projection of the Peninsula which is joined to the main island by a 7-mile wide isthmus to the West only adds an additional 100 miles to the overall width while not affecting the North-South distance, Mindanao is the second-largest island of the Philippines, second only to Luzon to the North. In general, the Island contains all types of terrain but the main consists of several North-South mountain chains of volcanic origin. 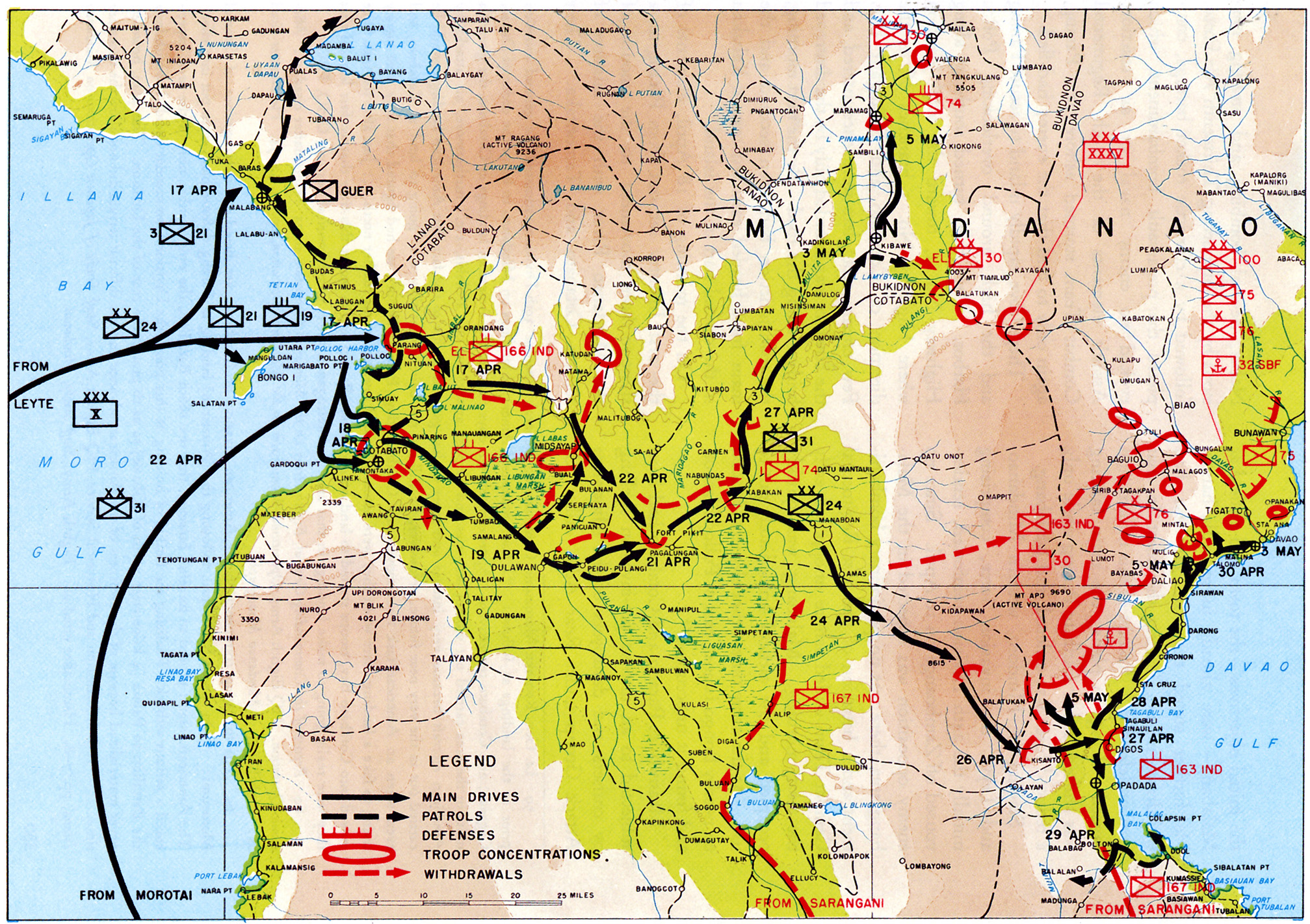 These ranges contain some of the highest peaks in the Philippines. Mount Apo, of the Apo Range in the southeastern portion of the island, rises to a height of 9682 ft (2951 M). The ruggedness of the terrain is attested to by the fact that even today, much of the inland portions of the island remain unexplored and un-mapped. The high mountainous ground drops off rapidly to the low marsh and swampy deltas in the valleys where drainage is sluggish and poor. The lowlands, therefore, due to the swampy condition, lend themselves to thick jungle vegetation which is almost impenetrable at any point off of a road. While there are many streams, few are navigable. An exception to this rule is the Mindanao River which flows into the Moro Gulf at Cotabato. The river is navigable for shallow-draft boats for an inland distance of approximately 60 miles practically East-West from the west coast.

The island possesses no railroads and only an extremely poor road net for tactical purposes. Only one North-South road and one East-West road provide a meager source of movement across the entire island. These roads lacked maintenance of any kind since the beginning of the Jap invasion in 1942. At best they were narrow one-way unimproved roads with a narrow cobblestone center for carabao and carts. In some instances, the roads were covered entirely by jungle growth including tall cogon grass and young trees well over the height of a man. Hundreds of wooden bridges over narrow defiles and deep mountain gullies had been burned or destroyed either by guerrilla action to hinder Jap movement during their occupation or by the Jap to impede the American liberation which had been expected momentarily from time to time since mid-1944. 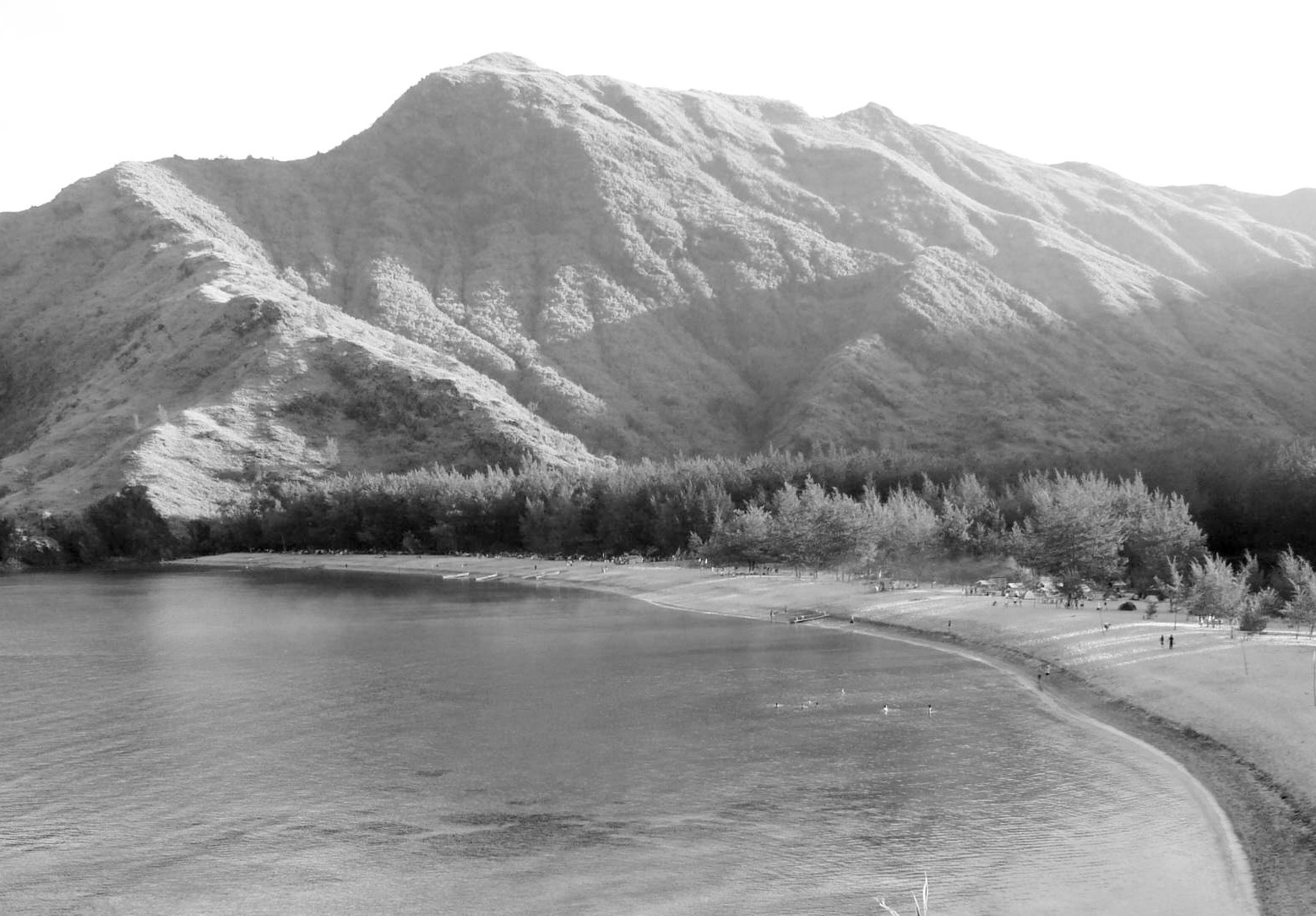 Due to the road net and rough terrain, maneuver was extremely difficult and the country was entirely unsatisfactory for employment of mechanized forces or tracked vehicles of any type. Mindanao’s irregular coastline offered innumerable beaches suitable for an amphibious assault. However, most of the adequate beaches, unfortunately, were backed up by extremely unfavorable rugged terrain lacking entirely any avenues of advance or road nets. The assault beaches with the necessary prerequisites of routes were limited to one each on the North, South, East, and West.

As Mindanao is in close proximity to the equator, a hot humid malarial climate is experienced year-round with average temperatures in the mid-eighty degrees with little variation. The monsoons prevail (Nov-Apr & Jun-Sep) and rains can be anticipated at any time true to tropical tradition. Due to a generous rainfall, outside of lumbering, and limited mining operations, an agricultural economy prevailed with the main pre-war exports being generally copra, hemp, and some rice. This area furnished 60% of the sturdy well-known Manila hemp produced in the Philippines. Data gathered over a long period of time from guerrilla sources as well as more recent intelligence information gleaned from the previous Victor operations indicated that Jap troops in Mindanao could be estimated at approximately 30.000. This estimate was later proven to be erroneous and conservative. A detailed accounting on V-J Day at the conclusion of the operations reasonably substantiated the enemy to be at least in the strength of 50.000 at the time of the American invasion on Apr 17, 1945. 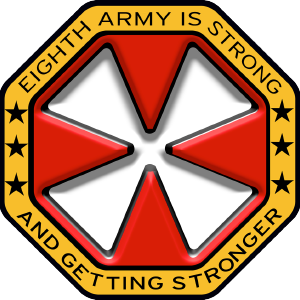 The Jap garrison consisted primarily of elements of the XXXV Army (Corps), the 100th and 30th Divisions plus elements of airfield construction battalions and curiously enough, large numbers of the Imperial Japanese Navy employed as ground troops under the command of a Japanese Admiral. The main concentration of the Japanese military and the civilian population was in and around the town of Davao on the Davao Gulf. This is explained by a large migration of Japanese to that, area as colonists during a period of approximately 30 years. They had become firmly entrenched in the economic and agricultural life of the area and were the controlling faction in the Gulf years prior to the formal declaration of war. 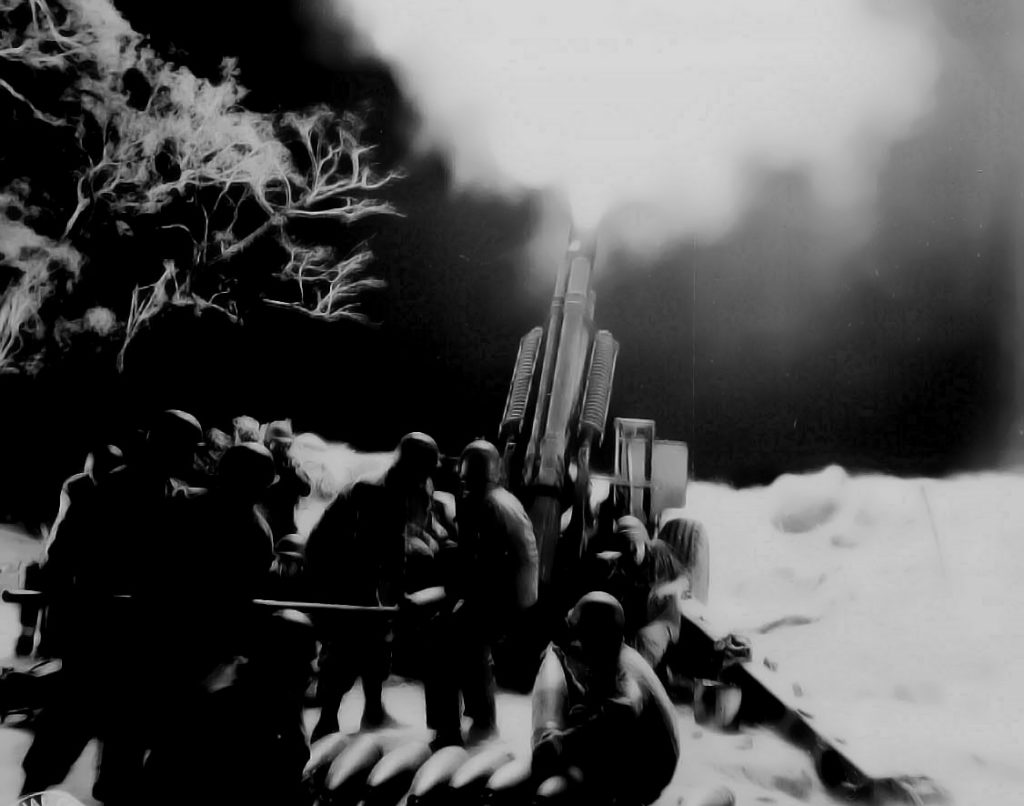