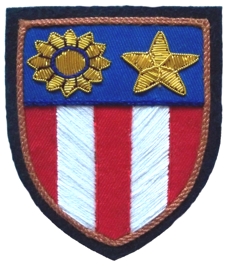 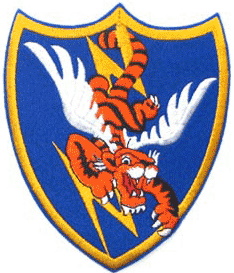 You fly a P-40 with two hundred gallons of aviation fuel that last two and a half hours for five hundred miles. When you fill-up with another two hundred gallons you use fifty-four-gallon tins that came, across the 681 miles of the Burma Road, or four fifty-five gallon drums from over the Hump. You burned up gas faster than all the Chinese can get it here to you. Look! You won’t see railroad, tank cars or gas trucks, or any transportation. There will be coolies rolling fifty-five-gallon drums from Kunming to Chanyi, almost a hundred miles. It takes coolies forty days for those drums to move from Kunming to Kweilin to provide less than one full service for your ship. Sometimes you’ll see two coolies carrying one drum slung on a gin pole between them – three hundred and fifty pounds of gasoline and fifty pounds of can. That method can take seventy to seventy-five days. We have to wait a long time for a hundred thousand gallons to build up. Then we have barely enough for a full three-day mission for twenty-five fighter planes or a one day mission for a dozen medium bombers. 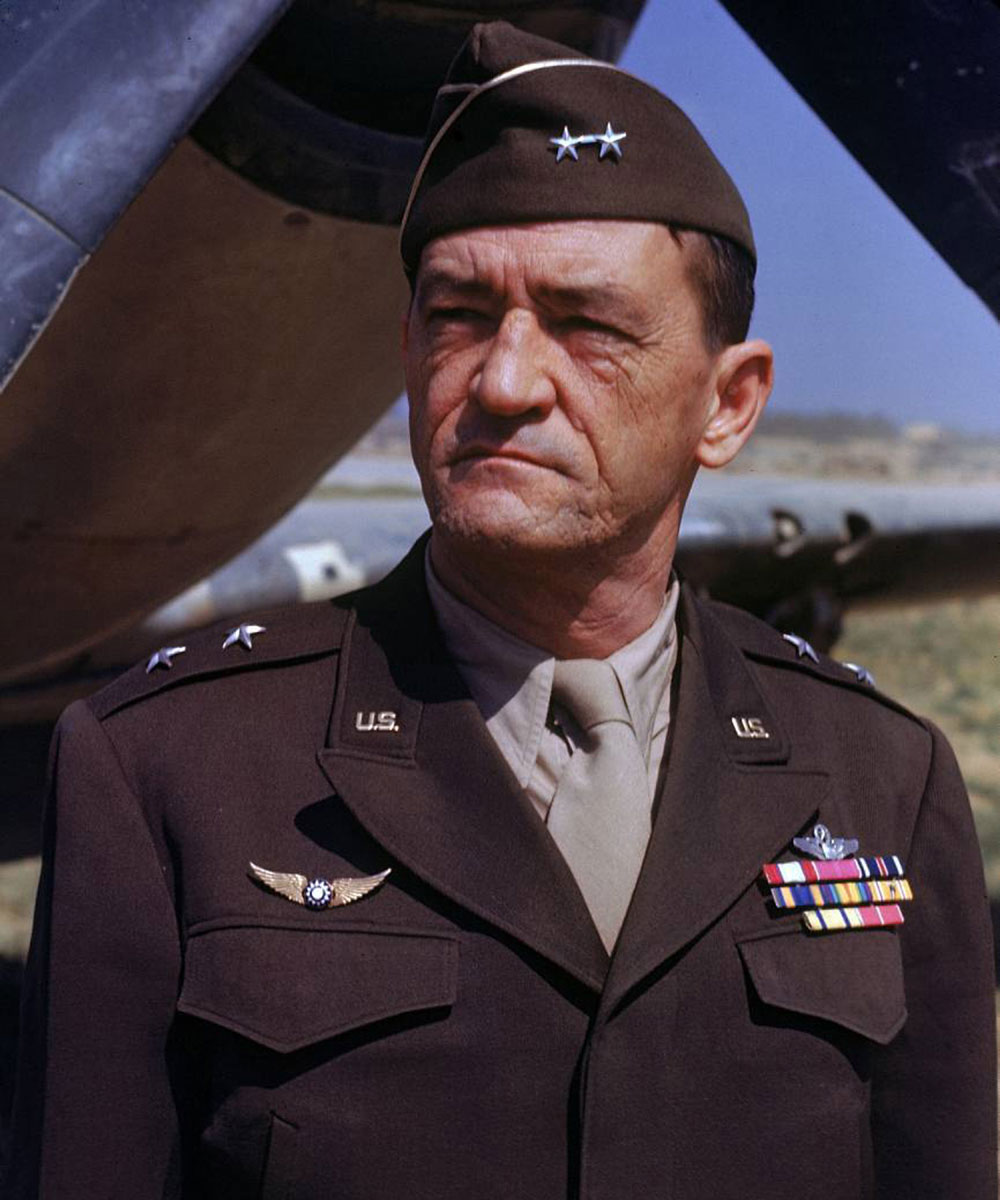 With the end state defined, Chennault analyzed his means. The rapid Japanese advances during his first month in China surprised him for he thought he would have far more time to train and prepare the China Air Force. His study had two parts and was continuous over his eight-year fight. First, he determined the resources available, dividing them into humans and equipment, and he determined the characteristics of each. Second, he tailored his well-defined operational concepts and doctrine to the people, equipment, and the theater. He used his theories to maximize the effectiveness of the resources. The theater possessed the means for Chennault to establish protection and detection but the Chinese desperately needed outside resources to mount any serious interception and destruction.

The numbers of Chinese volunteers were the backbone of the Chinese war effort. One of China’s harsh realities was that human life was the country’s most abundant resource, to be sacrificed as necessary so that the life of the nation might go on. Chennault credits Donald’s unstinting help and understanding with his success in mastering the Chinese character. Without the help, Chennault said: no doubt I would have sailed home in disgust with a superficial Occidental contempt for the East.

The schoolmaster found two challenges: teaching pilots and air defenders who had never shot a duck to lead a moving target in the air, and building runways without engineers or machinery. Even with help from foreign missions and individuals, the progress was still slow. China lacked what plagued Chennault most – no mechanical or engineering background that gave western pilots and mechanics a grounding in fundamental skills. Chennault accepted China’s backwardness and did not fault it, instead, he adapted to their culture. He embraced some traits while others appalled him. But he did not judge.

During the early stages of the Second Sino-Japanese War, the Chinese had some success. The German-trained and equipped units fought well but when flanked in late 1938 it became evident that the Japanese advance could only be slowed, not stopped. In July of 1937, the Japanese sent unescorted bombers over Nanking three times in five days and suffered the destruction of 54 planes and crews. Three days later they repeated the attack at night but Chennault coordinated the searchlights and air defense protection to bag seven of the thirteen raiders’ destruction.

By October the Japanese were sending a hundred planes a day over Nanking and were escorting their bombers. In one mission they shot down 11 of 16 Chinese fighters. Chennault noted, with inferior planes and training and without replacements they were doomed to early extinction. Due to a lack of reserves, replacements, and ammunition, the Chinese exodus had begun.
By late 1938 continuous fighting decimated the good Chinese pilots. When the city of Hankow was captured in Oct 1938, China’s air force was a shell of fewer than 25 planes. Chennault had a high opinion of the ability of Chinese pilots when properly trained, equipped, and led. Beginning in 1938, he could do little but plan for the future. He began a flight school at Kunming that fall to aid the rebuilding of an air force. He promoted airfield construction at key points throughout the country – protection through mobility. He expanded the early warning net – detection. This net was invaluable in warning threatened bases and cities – protection. When the Flying Tigers were ready to fight late in 1941 it helped them to face an enemy who had overwhelming superiority in numbers. Given these resources, Chennault trained his American and Chinese early warning net volunteers and airmen.

The early warning net, jin-bao, was the most important part of Chennault’s operation. It was a chewing-gum and bailing-wire operation, a masterpiece of jerry-rigged engineering. Telephones and radios were the mechanical parts of the net, the Chinese people were the eyes, ears, and the living heart of the net. The detection net eventually fanned out 270 degrees from Kunming extending over most of China and the occupied provinces, an area greater than half of the United States. Occasionally, the observation posts even over watched Japanese airfields. Some posts used sundials to determine time and direction. Reports were often based upon sound alone and it was not unusual when the reports contained face-saving modulation. The early warning net began in July of 1937 using the concentric circles Chennault envisioned in Defensive Pursuit. The observers were initially stationed at 100, 200, and 300-kilometer intervals. The reports were sent to a central command post and warning went out to the targeted cities and airfields. Chennault founded schools, teaching concepts such as: determining direction, approximating altitude, airplane identification, and time. The schools sent the observers to their posts after they mastered the topics – anytime from two to 12 months after beginning their studies. 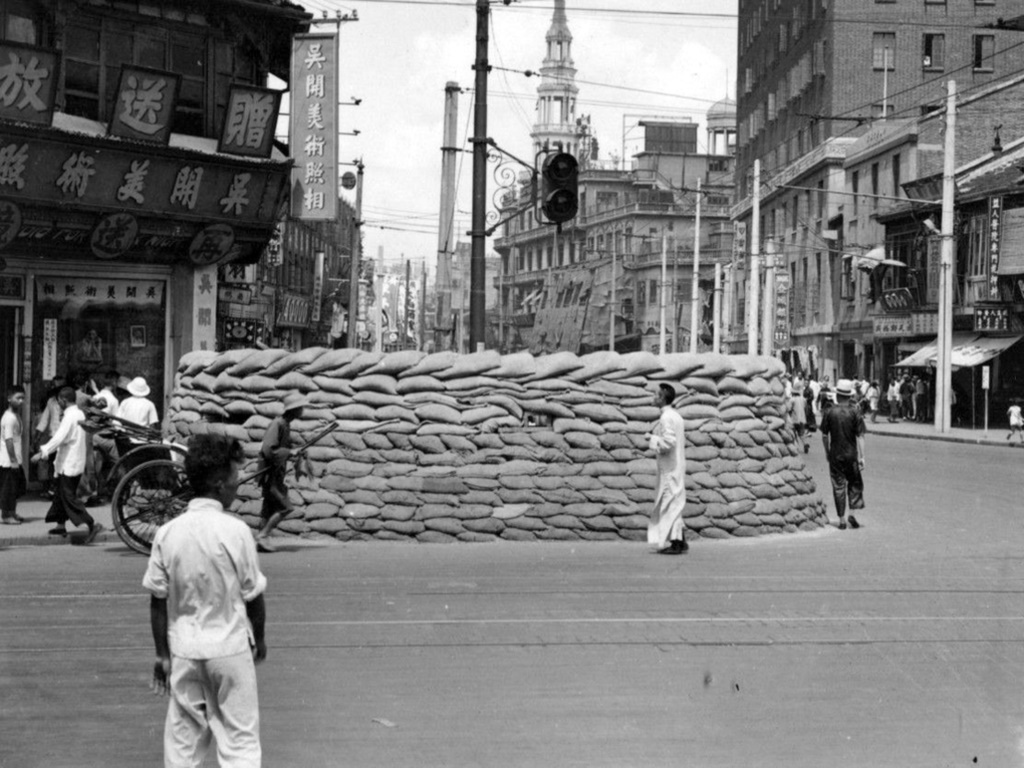 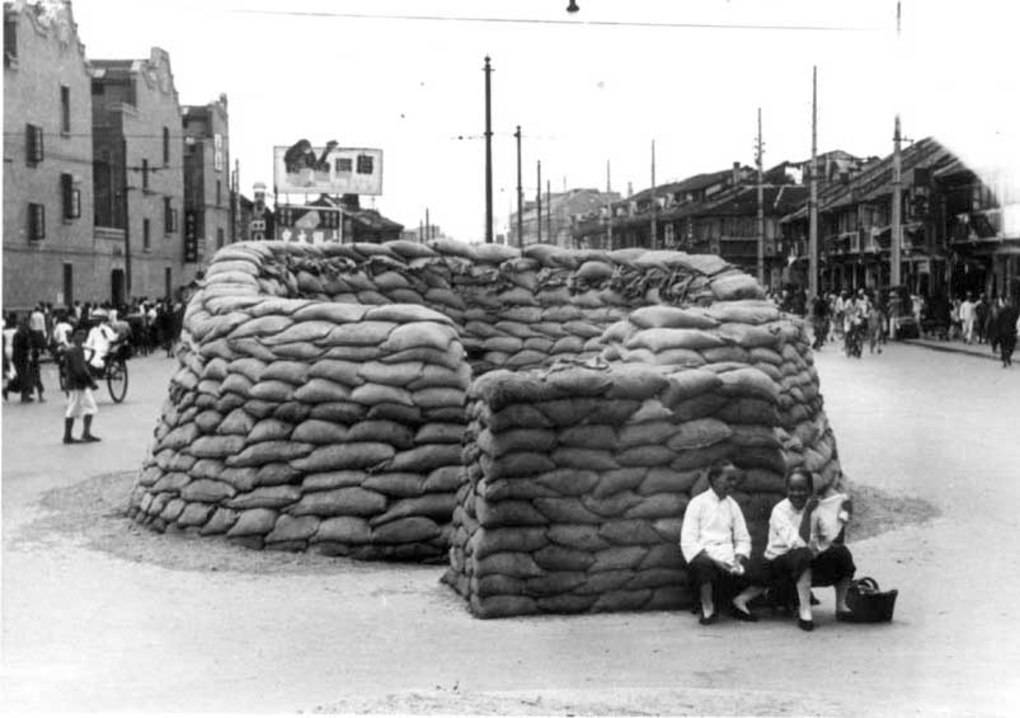 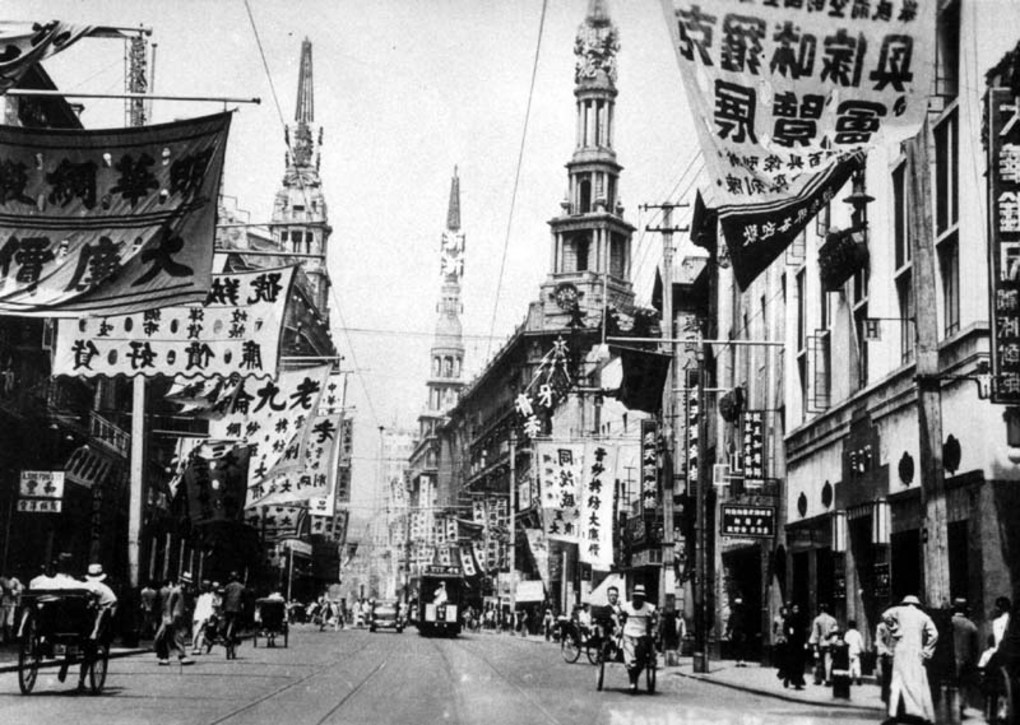 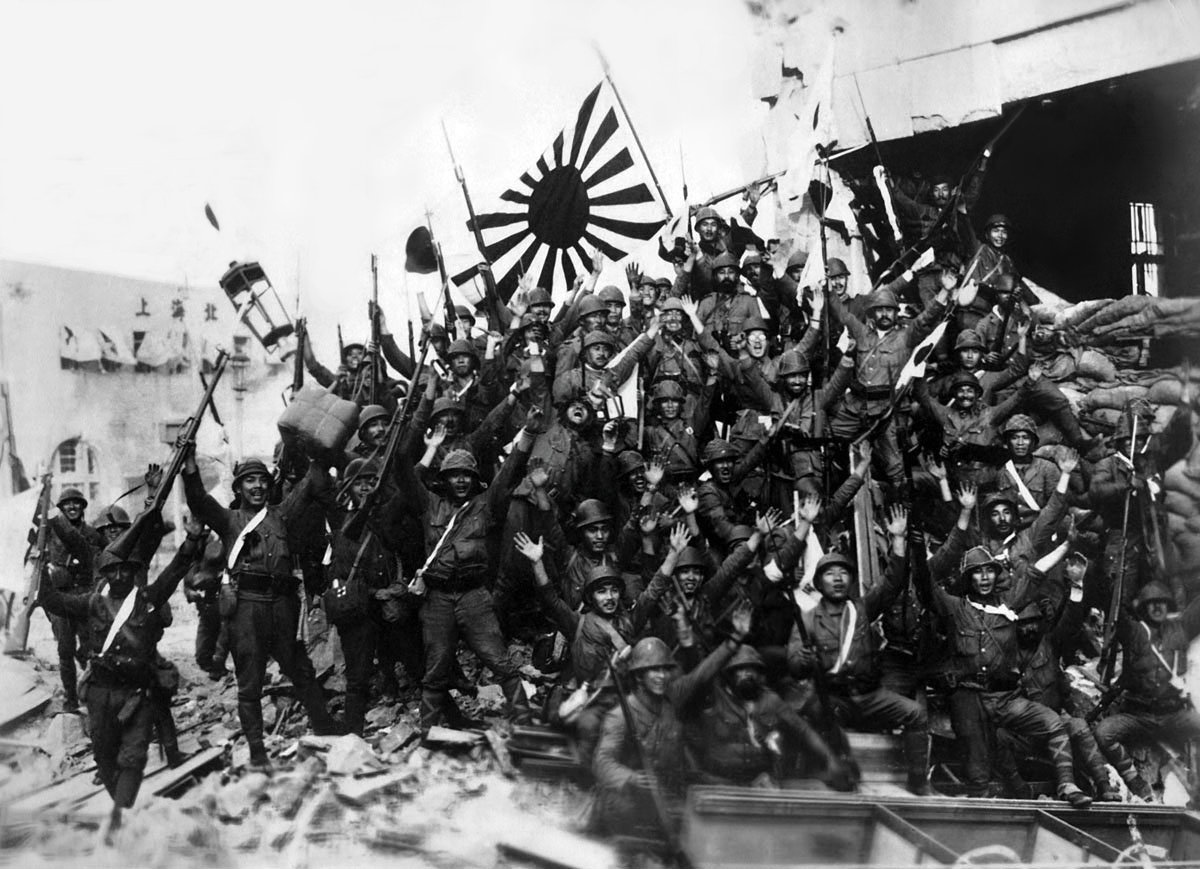 Thousands of volunteers began an extensive airfield construction plan during 1938-1939 which eventually culminated in 100 airfields. The fields were to offer Chennault’s forces protection through mobility. By hand and wicker basket they built and maintained the airdromes to nest airplanes not yet built in the Los Angeles and the Buffalo factories.

At Hankow, 120.000 peasants built a 4.800-foot airfield for heavy bombers in only sixty days. Sometimes the airfields were bombed even when they did not hold planes. As Japanese planes cleared the skies after a raid, the peasants grabbed their shovels, crushed rock, and pushed compacting stones weighing thousands of pounds across the runway to repair it. All of the airdromes were built by hand. Four bomber fields were built by 350.000 peasants in ninety days. Chennault may not have anticipated this level of manual labor as he theorized of the National Resistance and the war absorbing all the resources of the country, but China’s resource was her people.
China had manpower but needed the implements of modern war for the offensive destruction of Japan. Chiang turned to the US for planes and other armaments. By 1940 Chiang, Chennault, and Roosevelt concluded that an American sponsored Chinese Air Force may be the best economy of force mode to strike at the Japanese. Chiang insisted that Chennault goes to Washington in the fall/winter of 1940 to argue his case alongside the China lobby and Roosevelt’s kitchen cabinet. To the chagrin of the War Department, President Roosevelt and Britain released 500 planes to China and authorized US airmen released from active duty to outfit three American Volunteer Groups for fighting in China. 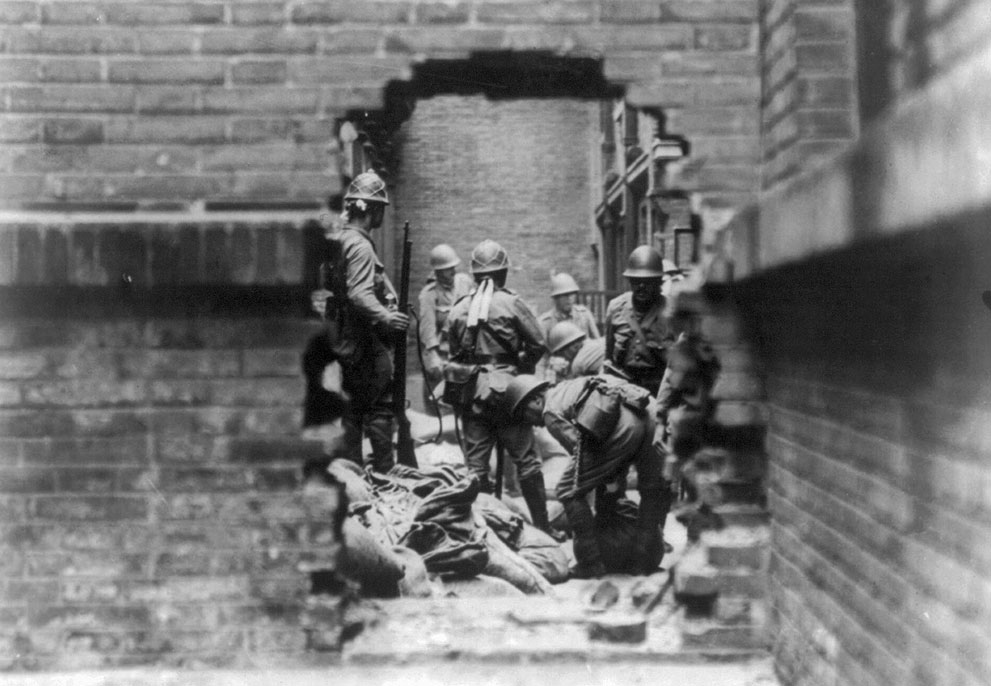 Only one AVG arrived in the Southeast Asian theater before December 7 1941, when the second two AVGs and a bomber squadron were promptly recalled.

Later, on Jul 4, 1942, the China Air Task Force (CATF) superseded the AVG. Its strength was 34 battered P-40s, most of them inherited from the AVG, and seven B-25 medium bombers. By 1943, the CATF grew to four fighter squadrons and one medium bombardment squadron – 98 airplanes operating along a 5.000 mile front from Chungking and Chentgtu to the Indo-China Red River in the south, the Tibetan Plateau and the Salween River in the west, and the China Sea in the east.

The unit’s main base was at Kweilm, 500 miles east of the Kunming headquarters, and they worked from Hengyang, Nanning, Yunnan and other Chinese fields, and from Dinjan in Assam, India. On Mar 10, 1943, the 14-AAF superseded the CATF. The 14-AAF had an assigned strength of 142 airplanes and 2.234 men. By June of 1945, the 14-AAF had 735 aircraft and 20.000 men, of which 15% were aircrew.
China received additional planes for the Chinese/American Composite Group which began operations in 1944.
Now with her implements of war for Japan’s destruction, China had to resupply and replace them.