(OSS File) Memo copy is from RID/ATI file folder on Adolf Hitler filed under Wah X-2 Personalities #13; the folder contains 1 copy of a 28 page report on Heinrich Himmler in addition to the 68 page paper on Hitler of which the attached copy is an extra one extracted for inclusion, with memo, in the Hitler 201 file (if not already duplicated therein) : 201-93533 – EUCMH 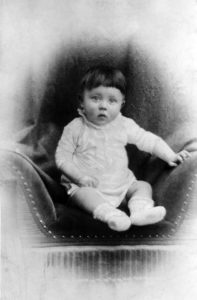 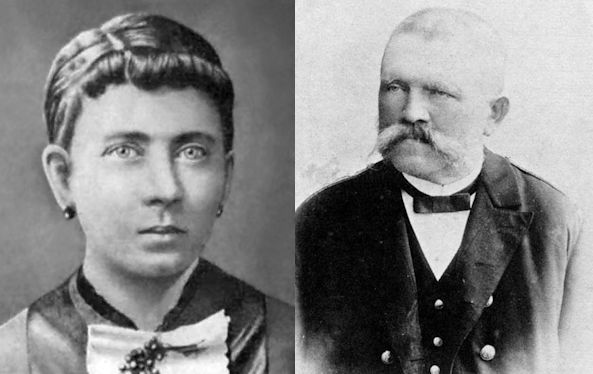 Adolf Hitler was born on April 20, 1889, in Braunau am Inn, a town in Austria-Hungary (Austria today), close to the border with the German Empire. He was the fourth of six children to Aloïs Hitler and Klara Pölzl. Hitler’s older siblings—Gustav, Ida, and Otto, died in infancy. Hitler’s father, Aloïs Hitler, was the illegitimate child of Maria Anna Schicklgruber. Because the baptismal register did not show the name of his father, Aloïs initially bore his mother’s surname, Schicklgruber.
In 1842, Johann Georg Hiedler married Aloïs’s mother, Maria Anna. After she died in 1847 and Johann Georg Hiedler in 1856, Aloïs was brought up in the family of Hiedler’s brother, Johann Nepomuk Hiedler. In 1876, Alois was legitimated and the baptismal register changed by a priest to register Johann Georg Hiedler as Aloïs’s father (recorded as Georg Hitler). Aloïs then assumed the surname Hitler, also spelled as Hiedler, Hüttler, or Huettler. The Hitler surname is probably based on one who lives in a hut or on a shepherd; alternatively, it might be derived from the Slavic words Hidlar or Hidlarcek, small cottager or smallholder. 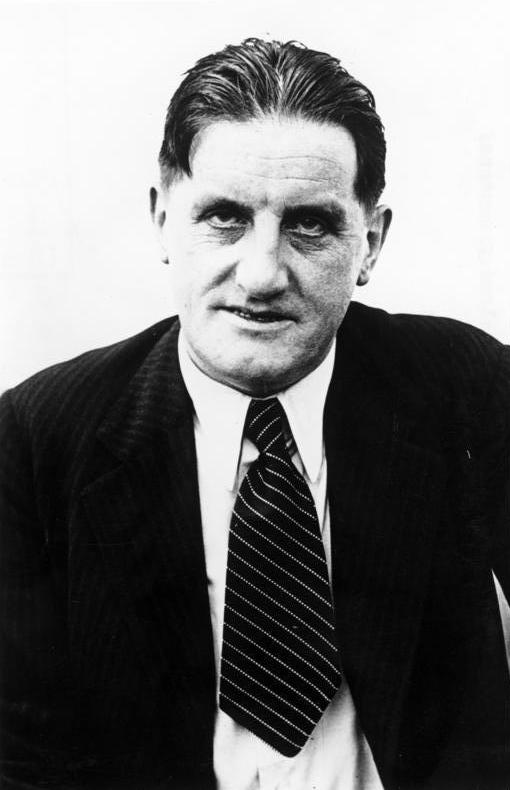 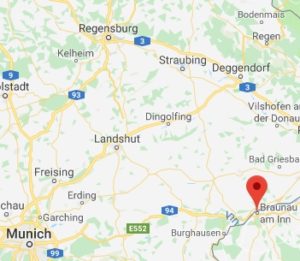 Nazi official Hans Frank, a German politician, and lawyer who served as head of the General Government in Poland during the Second World War, suggested that Aloïs’s mother had been employed as a housekeeper for a Jewish family in Graz and that the family’s 19-year-old son, Leopold Frankenberger, had fathered Aloïs. Because no Frankenberger was registered in Graz during that period, and no record of Leopold Frankenberger’s existence has been produced, historians dismiss the claim that Aloïs’s father was Jewish.

When Hitler was three, the family moved to Passau in Germany. There he acquired the distinctive lower Bavarian dialect, rather than Austrian German, which marked his speech throughout his life. In 1894 the family relocated to Leonding (Linz), and in June 1895, Aloïs retired to a small landholding at Hafeld, near Lambach, where he farmed and kept bees. Hitler attended the Volksschule (a state-owned school) in nearby Fischlham. The move to Hafeld coincided with the onset of intense father-son conflicts caused by Hitler’s refusal to conform to the strict discipline of his school. Aloïs Hitler’s farming efforts at Hafeld ended in failure, and in 1897 the family moved to Lambach. The eight-year-old Hitler took singing lessons, sang in the church choir, and even considered becoming a priest.

In 1898 the family returned permanently to Leonding. The death of his younger brother Edmund, who died from measles in 1900, deeply affected Hitler. He changed from a confident, outgoing, conscientious student to a morose, detached, sullen boy who constantly fought with his father and teachers. Aloïs had made a successful career in the customs bureau and wanted his son to follow in his footsteps. Hitler later dramatized an episode from this period when his father took him to visit a customs office, depicting it as an event that gave rise to an unforgiving antagonism between father and son, who were both strong-willed. Ignoring his son’s desire to attend a classical high school and become an artist, Aloïs sent Hitler to the Realschule in Linz in September 1900. 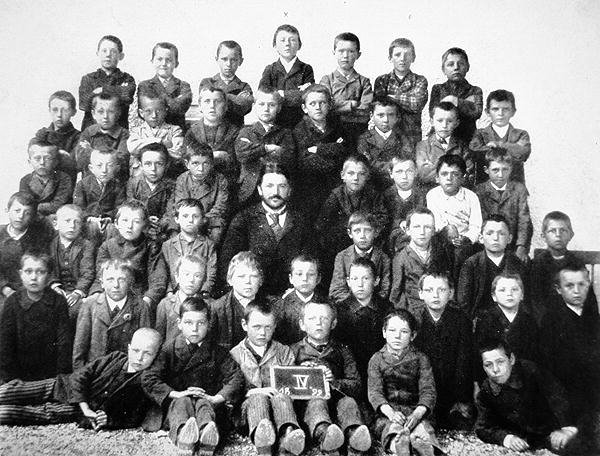 Hitler rebelled against this decision, and in Mein Kampf revealed that he intentionally did poorly in school, hoping that once his father saw what little progress I was making at the technical school he would let me devote myself to my dream. Like many Austrian Germans, Hitler began to develop German nationalist ideas from a young age. He expressed loyalty only to Germany, despising the declining Habsburg Monarchy and its rule over an ethnically variegated empire. Hitler and his friends used the greeting Heil and sang the Deutschlandlied instead of the Austrian Imperial anthem. After Aloïs’s sudden death on January 3, 1903, Hitler’s performance at school deteriorated and his mother allowed him to leave. He enrolled at the Realschule in Steyr in September 1904, where his behavior and performance showed some improvement. In 1905, after passing a repeat of the final exam, Hitler left the school without any ambitions for further education or clear plans for a career.

From 1905, Hitler lived a bohemian life in Vienna, financed by orphan’s benefits and support from his mother. He worked as a casual laborer and eventually as a painter, selling watercolors of Vienna’s sights. The Vienna’s Academy of Fine Arts rejected him in 1907 and again in 1908, citing unfitness for painting. The director, sympathetic to his situation, recommended that Hitler study architecture, which was also an interest, but he lacked academic credentials as he had not finished secondary school. 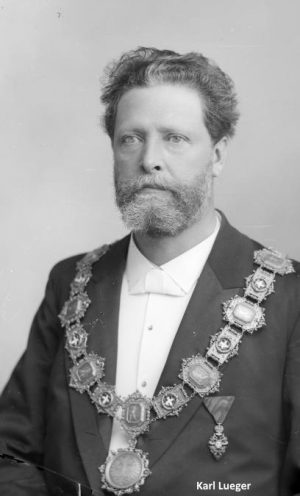 On Dec 21, 1907, his mother died of breast cancer. She was 47. After the academy’s second rejection, Hitler ran out of money and was forced to live in homeless shelters. 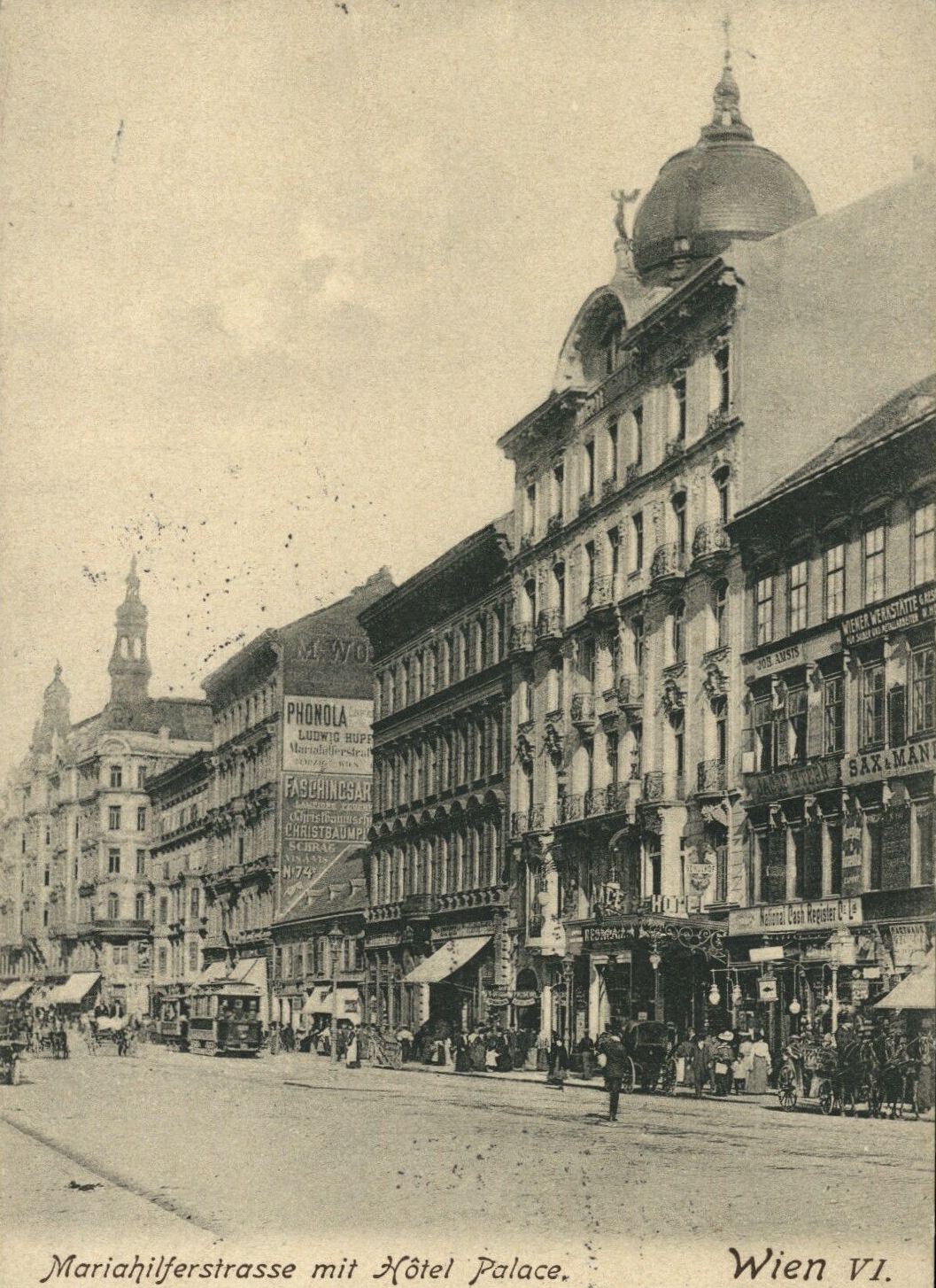 At the time Hitler lived there, Vienna was a hotbed of religious prejudice and racism. Fears of being overrun by immigrants from the east were widespread, and the populist mayor, Karl Lueger, exploited the rhetoric of virulent antisemitism for political effect. German nationalism had a widespread following in the Mariahilf district, where Hitler lived.
German nationalist Georg Ritter von Schönerer, who advocated Pan-Germanism, anti-Semitism, anti-Slavism, and anti-Catholicism, was one influence on Hitler. 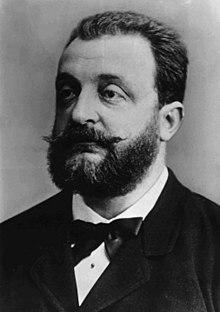 Hitler read local newspapers, such as the Deutsches Volksblatt, that fanned prejudice and played on Christian fears of being swamped by an influx of eastern Jews. Hostile to what he saw as Catholic Germanophobia, he developed an admiration for Martin Luther. The origin and first expression of Hitler’s antisemitism remain a matter of debate. Hitler states in Mein Kampf that he first became an anti-semite in Vienna.

His close friend, August Kubizek, claimed that Hitler was a confirmed anti-Semite before he left Linz. Several sources provide strong evidence that Hitler had Jewish friends in his hostel and in other places in Vienna. 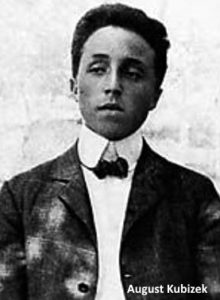 Hitler received the final part of his father’s estate in May 1913 and moved to Munich. Historians believe he left Vienna to evade conscription into the Austrian army. Hitler later claimed that he did not wish to serve the Austro-Hungarian Empire because of the mixture of races in its army. After he was deemed unfit for service – he failed his physical exam in Salzburg on February 5, 1914 – he returned to Munich.

At the outbreak of World War One, Hitler was living in Munich and volunteered to serve in the Bavarian Army as an Austrian citizen.
Posted to the 1.Company, 16.Bavarian-Reserve-Infantry-Regiment, he served as a dispatch runner on the Western Front in France and Belgium, spending nearly half his time well behind the front lines. 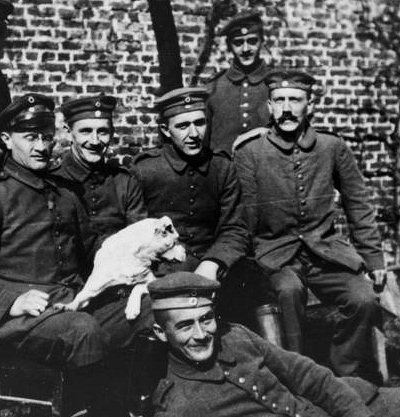 He was present at the 1st Battle of Ypres (October 19, 1914 – November 22, 1914), the Battle of the Somme (July 1, 1916 – November 18, 1916), the Battle of Arras (April 9, 1917 – May 16, 1917), and the Battle of Passchendaele (July 31, 1917 – November 10, 1917), and was wounded at the Somme. He was decorated for bravery, receiving the Iron Cross 2nd Class in 1914. He received the Black Wound Badge on May 18, 1918. On a recommendation by Lt Hugo Gutmann, Hitler’s Jewish superior, he received the Iron Cross, 1st Class on August 4, 1918, a decoration rarely awarded to one of Hitler’s Gefreiter rank. During his service at Headquarters, Hitler pursued his artwork, drawing cartoons and instructions for an army newspaper. During the Battle of the Somme in October 1916, he was wounded in the left thigh when a shell exploded in the dispatch runners’ dugout. Hitler spent almost two months in hospital at Beelitz, returning to his regiment on March 5 1917. 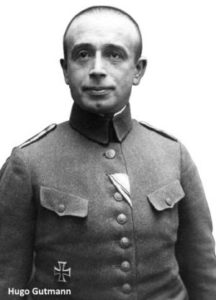 During his service at Headquarters, Hitler pursued his artwork, drawing cartoons and instructions for an army newspaper. During the Battle of the Somme in October 1916, he was wounded in the left thigh when a shell exploded in the dispatch runners’ dugout. Hitler spent almost two months in hospital at Beelitz, returning to his regiment on March 5, 1917. On Oct 15, 1918, Hitler was temporarily blinded in a mustard gas attack and was hospitalized in Pasewalk. He was still in the hospital when the war ended.
Hitler described the war as the greatest of all experiences and was praised by his commanding officers for his bravery. His wartime experience reinforced his German patriotism and he was shocked by Germany’s capitulation in November 1918. 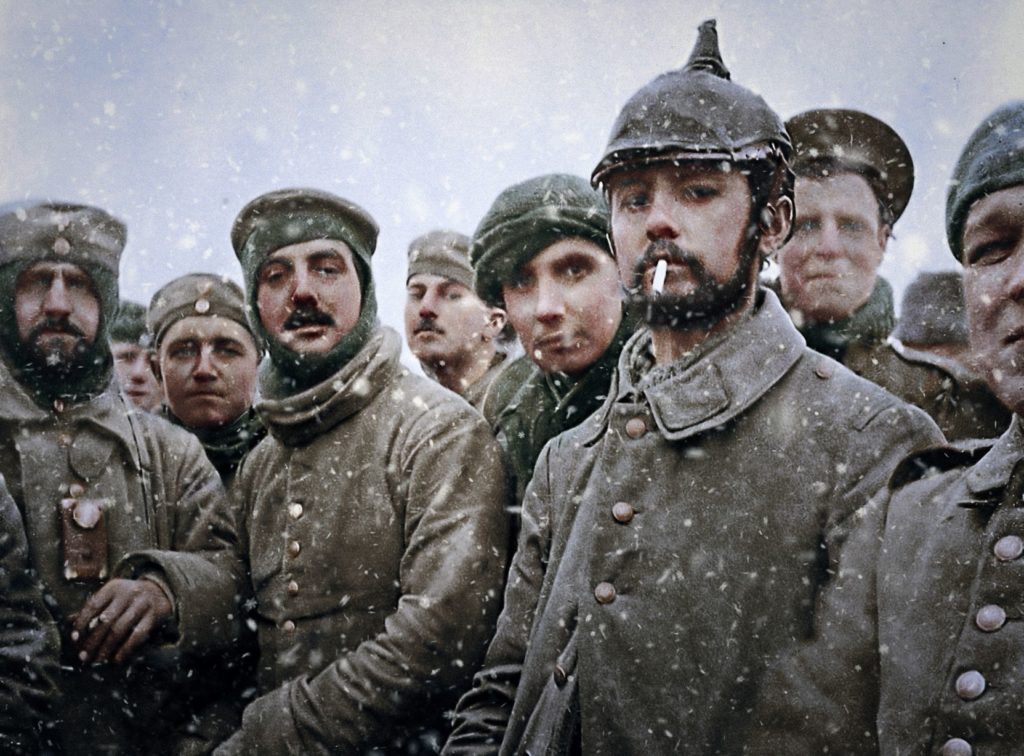 His bitterness over the collapse of the war effort began to shape his ideology. Like other German nationalists, he believed the Dolchstoßlegende (stab-in-the-back myth), which claimed that the German army, undefeated in the field, had been stabbed in the back on the home front by civilian leaders and Marxists, later dubbed the November criminals. 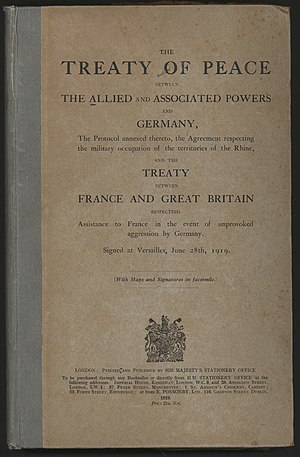 Finally, after four years of unnameable butchery and about 40 million of military and civilian casualties (estimates range from 15 to 19 million deaths and about 23 million wounded military personnel), the remains of the German Imperial army decided to quit. On November 11, 1918, the armistice was signed at Le Francport near Compiègne and this ended fighting on the land, sea, and air in World War I between the Allies and their opponent, Germany.
The Treaty of Versailles signed on June 28, 1919, stipulated that Germany must relinquish several of its territories and demilitarize the Rhineland. The treaty imposed economic sanctions and levied heavy reparations on the country. Many Germans perceived the treaty—especially Article 231, which declared Germany responsible for the war as a humiliation. The Versailles Treaty and the economic, social, and political conditions in Germany after the war were later exploited by Hitler for political gain.