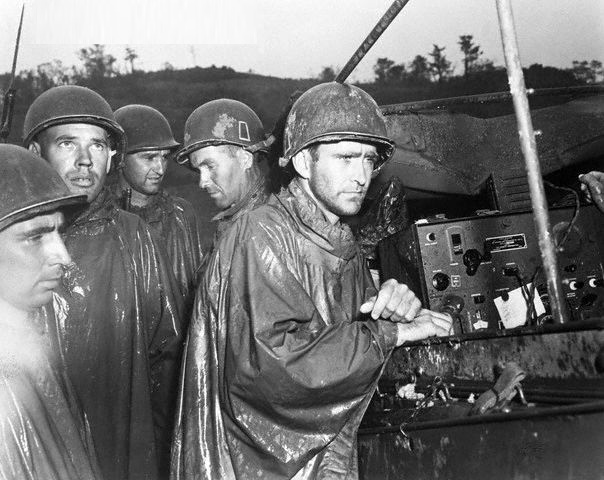 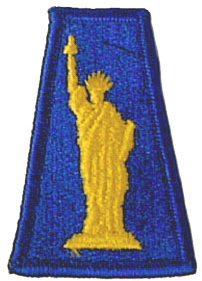 This archive covers the operations of the 2nd Battalion, 306th Infantry Regiment (77th Infantry Division) in the Attack on Camp Downs, Leyte, Philippine Island on Dec 8, 1944. Prior to a discussion of this action, the reader will be oriented on the major events leading up to the attack by the Battalion.

Gen Walter Krueger’s 6-A made the initial landings in the Philippines on Oct 20, 1944. The Island of Leyte was chosen as a target for the opening stages of Gen Douglas McArthur’s return to the Philippines.

The 6-A Army with the X and XXIV Corps landing abreast, the X Corps on the north, made successful landings and moved in rapidly to their initial objectives. The 77-ID, 6-A’s Reserve for the Leyte Operation, had just completed their operations in the Battle of Guam. The initial Operation on Leyte being very successful, the 77-ID was ordered to move from Guam to a rest area on the Island of New Caledonia. Meanwhile, the Japanese were reinforcing the Island of Leyte with several more Divisions. They were determined to make an all-out effort to eject the 6-A from Leyte. This required the 6-A to commit all US divisions present on Leyte. Gen Krueger then ordered the 77-ID to proceed to Leyte without delay. This message was received by the 77-ID aboard a ship just off the coast of New Caledonia. The Division arrived at Leyte on Nov 23. Various elements of the 77-ID were immediately committed ‘piecemeal’. On Dec 1, the Division received a warning order requiring it to assemble and prepare for a shore-to-shore landing on the west coast of Leyte in the vicinity of Ormoc. 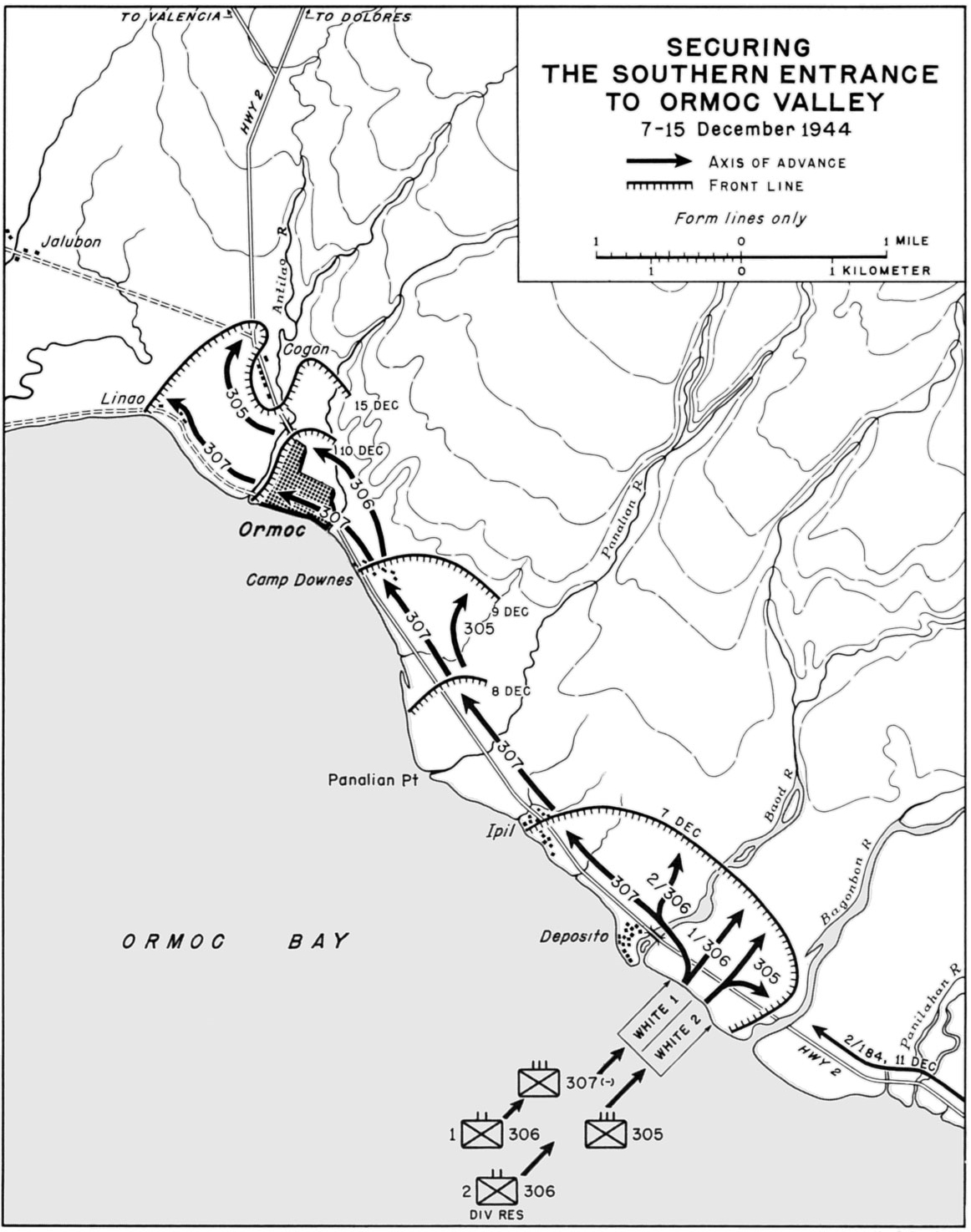 The Japanese too had managed to keep a flow of reinforcements moving into Leyte. After seven enemy freighters were sighted off the western coast of Leyte on the morning of Nov 28, aircraft of the 5-AAF succeeded in sinking four of these vessels off Palompon, but the remaining three freighters of the convoy apparently unloaded their troops. On the night of Nov 28/29, another hostile convoy of 15 ships arrived in the Ormoc Bay approximately one-half of the troops aboard these vessels debarked before an airstrike by the 5-AAF either sunk or damaged all of the enemy ships. Destroyers of the Seventh Fleet sunk one enemy destroyer in a hostile convoy of unknown composition that arrived in the Ormoc Bay during the night of Dec 23. Despite the heavy losses caused by the motor torpedo boats of the Seventh Fleet, the Japanese continued to infiltrate into Leyte by barge and small craft from Mindanao and the Islands of the Visayan Group.

As a measure to halt the flow of enemy reinforcements into Leyte, a unit of four destroyers remained in alert status in the Surigao Strait area in readiness to move into the Camotes Sea during the hours of darkness. These destroyers, operating only at night because they lacked sufficient air cover for daylight operations, nevertheless incurred damages from hostile air attacks; in fact, constant enemy aerial attacks on the night of Dec 23, resulted in the sinking; of the USS Reid (DD-369) in the Camotes Sea.

The concentration of the 7-ID on the west coast of Leyte served to disrupt the enemy’s overall plan. Instead of concentrating on a drive eastward across the central mountain range, the Japanese 26th Division was compelled to move a portion of its forces south from Ormoc to meet and counter the threat from the 7-ID. In addition, available enemy reserves were drawn away from the area, and a condition highly favorable to the subsequent landing of the 77-ID was created. 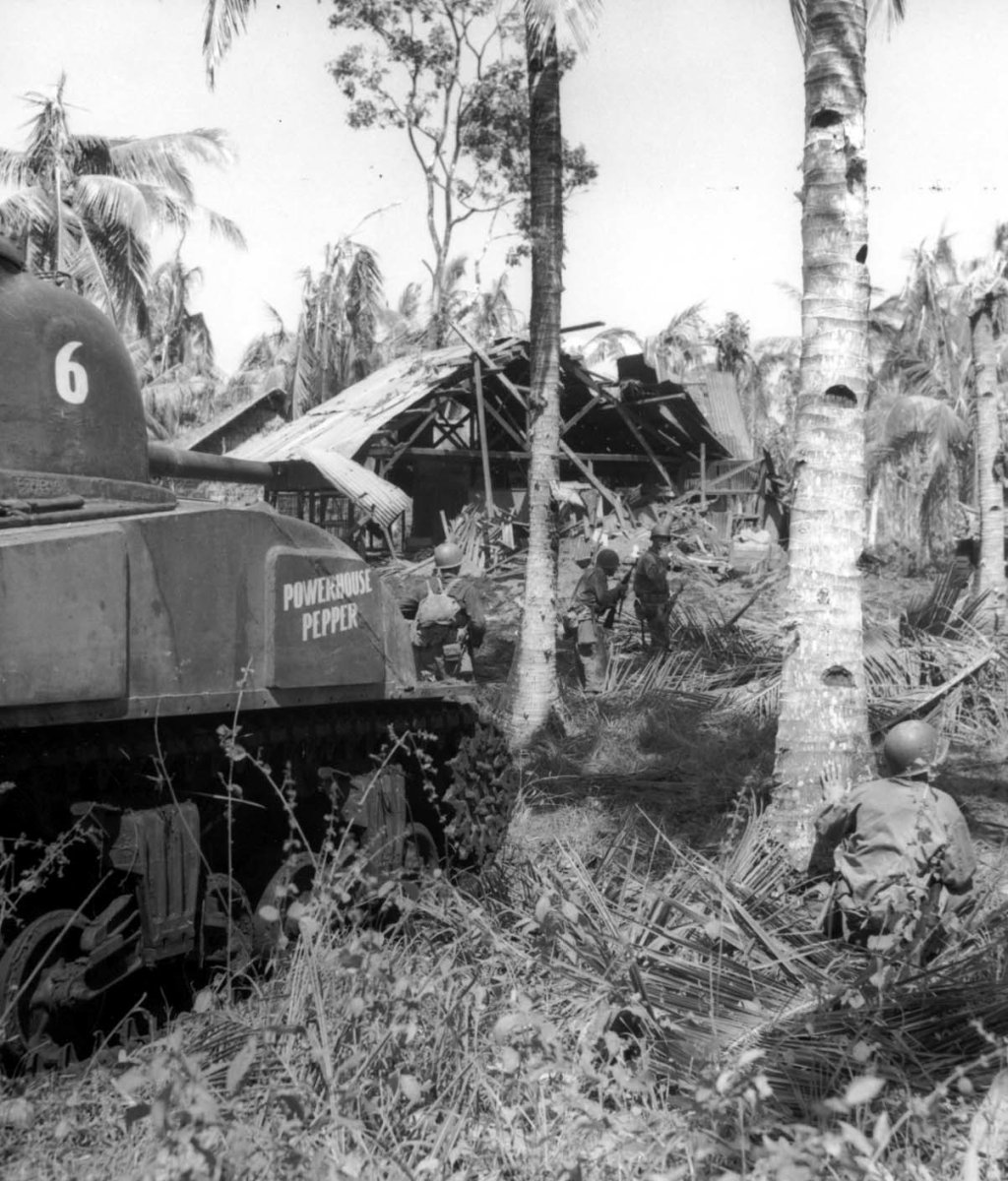 The propitious moment for directing a landing at Ormoc arrived. The shortage of amphibious shipping which once had prevented this landing existed no longer, for, as has been previously stated, additional shipping became available as a result of the postponement of the Mindoro Operation. Moreover, the prospects improved for more effective direct air support from land-based aircraft when five Marine fighter squadrons began operations from the Leyte airfields on Dec 4. On this date, the CG 6-A directed that the XXIV Corps, beginning on Dec 5, make its main effort with its left to defeat the enemy in the Ormoc area, reinforcing its left for the purpose of landing one division with naval and air support in the Ipil – Binoljo area approximately three miles south of Ormoc on Dec 7. In order to support the effort of the XXIV Corps, the X Corps would make its main effort on its right, beginning on Dec 5, by advancing vigorously south astride Highway 2.

In the zone of action of the X Corps, the 31-ID, with the 126-IR and the 127-IR abreast, attacked south on Dec 5, encountering strong hostile opposition on the high ground south of the Leyte River bridge. At this time the 12-CAV of the 1st Cavalry Division eliminated the remaining Japanese on Hill 2348 and effected a pincer movement in the Mount Cabungaan area. Other elements of the 1st Cavalry Division uncovered enemy defenses in the vicinity of Cananga, Bagatoon, and Dolores. On Samar, the 8-CAV launched its long-awaited attack toward

Wright on Dec 5. The attachment of the 34-ID to the 32-ID was terminated on Dec 2, and this unit, reverting to the control of the CG 24-ID initiated a movement to Calubian and thence overwater to the Pinamopoan – Capoocan area, where the regiment was to defend the beaches and protect the lines of communication. The remainder of the 24-ID (less the 19-RCT), operating in a zone on the left flank of the 1st Cavalry Division, made only scattered enemy contacts west of Jaro.

On Dec 5, the 7-ID, launching its attack north from Damulaan against moderate hostile resistance, succeeded in crossing the Palanas River. As the other arm of a pincer movement against the Japanese 26th Division, the 11-A/B attacked west through the central mountain range.

The 96-ID, although vigorously patrolling and conducting extensive reconnaissance, made only limited enemy contacts. As this remained the pattern of activities of the 96-ID throughout the remainder of the operation, further reference to this Division will not be made. On Dec 6, the 38-ID, under the direct control of GHQ, arrived on Leyte to stage a subsequent operation. 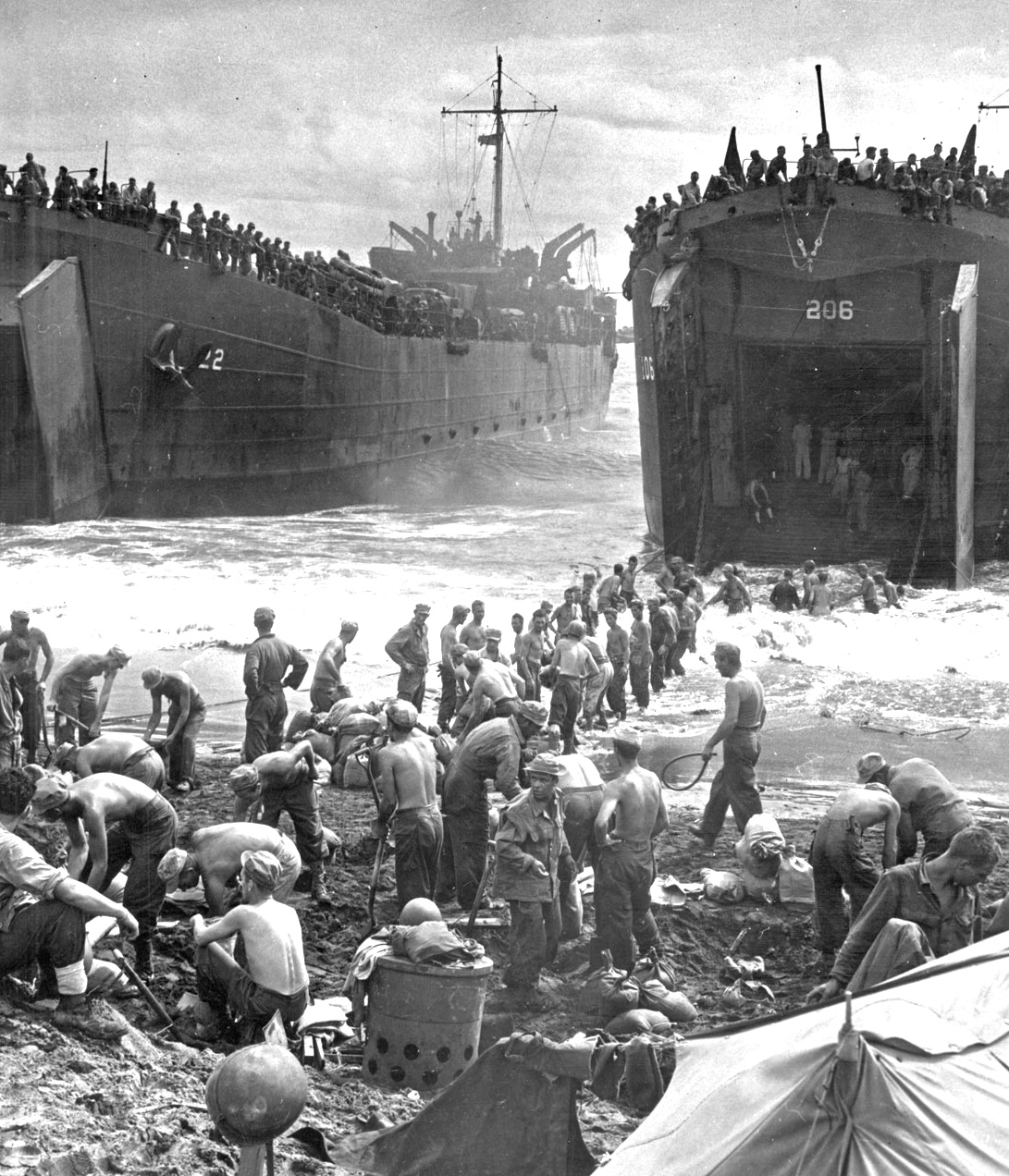 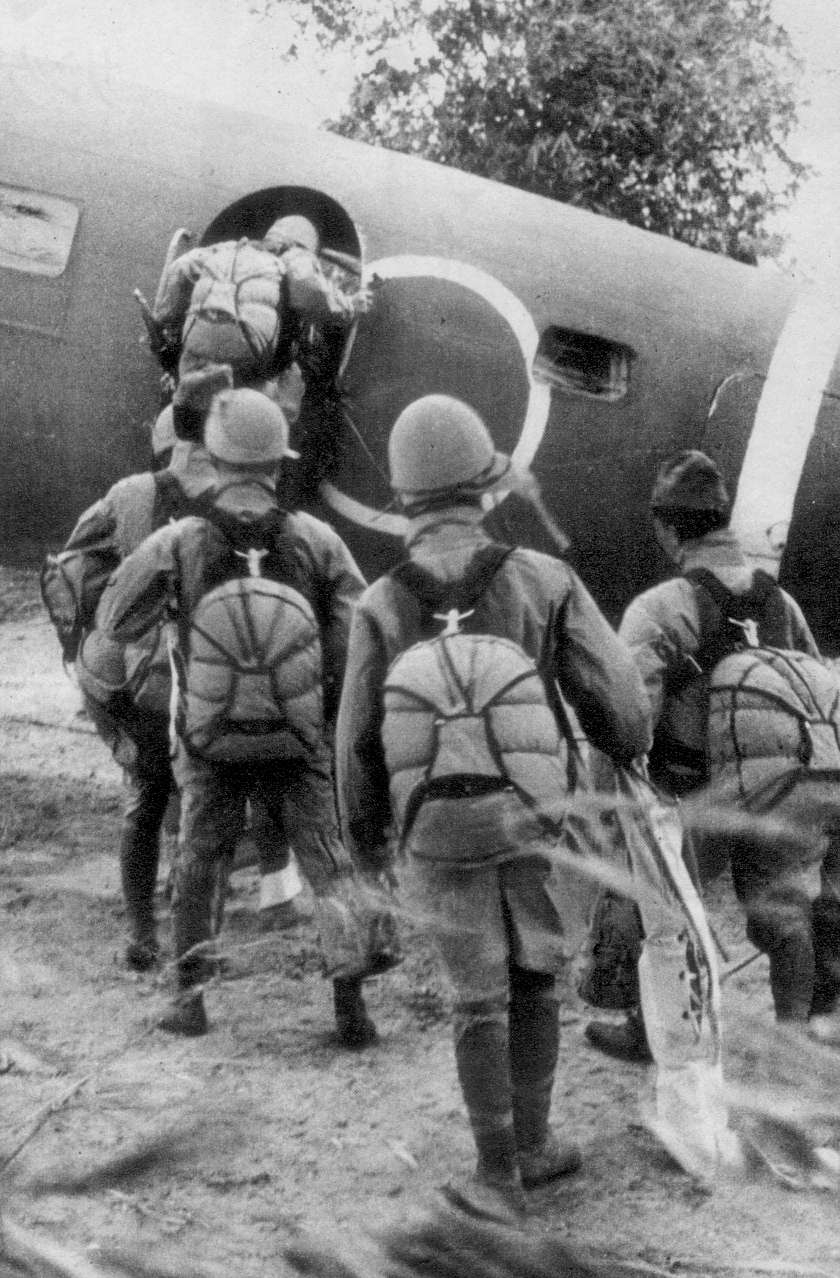 During the evening of Dec 6, large numbers of enemy aircraft were reported over Leyte by various agencies. In 1840, a formation of transports supported by bombers and fighters dropped an estimated 250 paratroopers at the northeastern end of the San Pablo strip in the Burauen area, and other hostile paratroopers dropped in scattered localities. During this attack, antiaircraft fire shot down 49 enemy aircraft over the island. Counter-measures were immediately taken, and the Commanding General of the 11-A/B was given the responsibility of clearing the Japanese from the Burauen area. 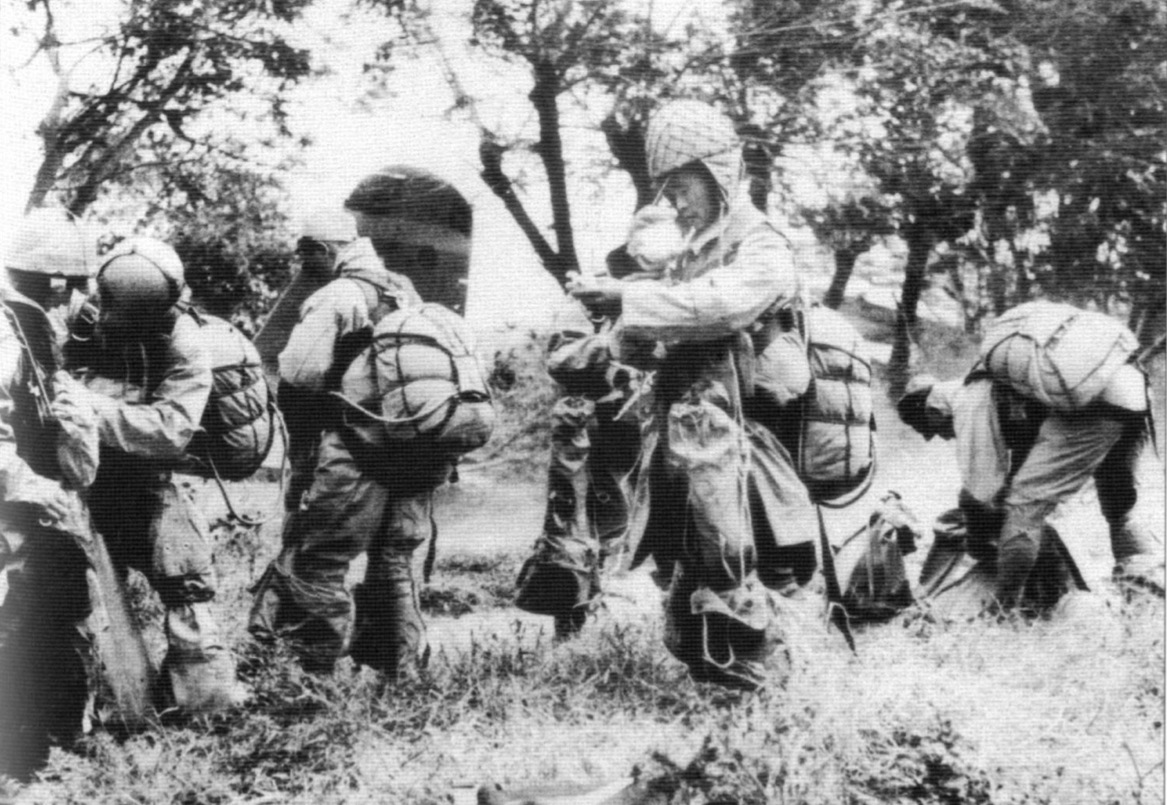 From captured orders and prisoners of war statements, it was learned that the XXXV Japanese Army (Corps), the highest enemy tactical command on Leyte, had planned to attack on a major scale in coordination with the airborne operations of the 1st Japanese Parachute Training Regiment, which made the landings. The enemy forces on the eastern side of the mountain range, however, were so decimated and so disorganized that their offensive efforts were negligible. 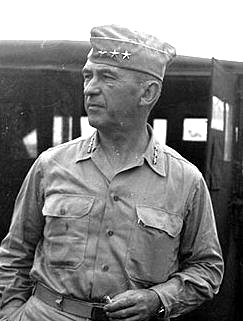 The Commanding General US 6-A, Gen Walter Krueger, requested that the GHQ release elements of the 38-ID for employment against enemy airborne troops. In accordance with this request, the GHQ released the 149-IR and the 1/152-IR to the 6-A control; two battalions of the 149-IR were in turn released on Dec 6 to the control of the Commanding General US XXIV Corps for employment against the hostile parachutists in the Burauen area. The remaining battalion of the 149-IR was alerted for movement in the Burauen area on 24-hour notice; the 1/152-IR prepared to relieve elements of the 77-ID on southeastern Samar.

On Dec 6, the 6-A had secured the eastern half of Leyte. All the US Army divisions except the 77-ID were heavily engaged with the Japanese forces. The Japanese soldier’s morale was high at this point because of the large number of reinforcements they were receiving through Ormoc. The Japanese had succeeded in making any progress of the US forces slow and costly. Gen Krueger ordered the 77-ID to attack the Japanese main base and nerve center Ormoc. The 6-A’s plan included an all-out attack by the 7-ID. On the third anniversary of the Japanese attack on Pearl Harbor, the 77-ID surprised the Japanese forces by landing on a lightly defended beach a few miles south of Ormoc. The initial wave landed at 0707 and moved inland against negligible opposition. The division, less two battalions, HQs 306-IR and part of the division artillery, landed and secured a beachhead in 2½ hrs. The balance of the division was due to arrive on D+2. The 2/306-IR was attached to the 307-IR, and the disposition of the troops along the beach headline was as follows: 307-IR on the left (north) portion of the beachhead perimeter; 2/306-IR in the center, and the 305-IR on the right (south) 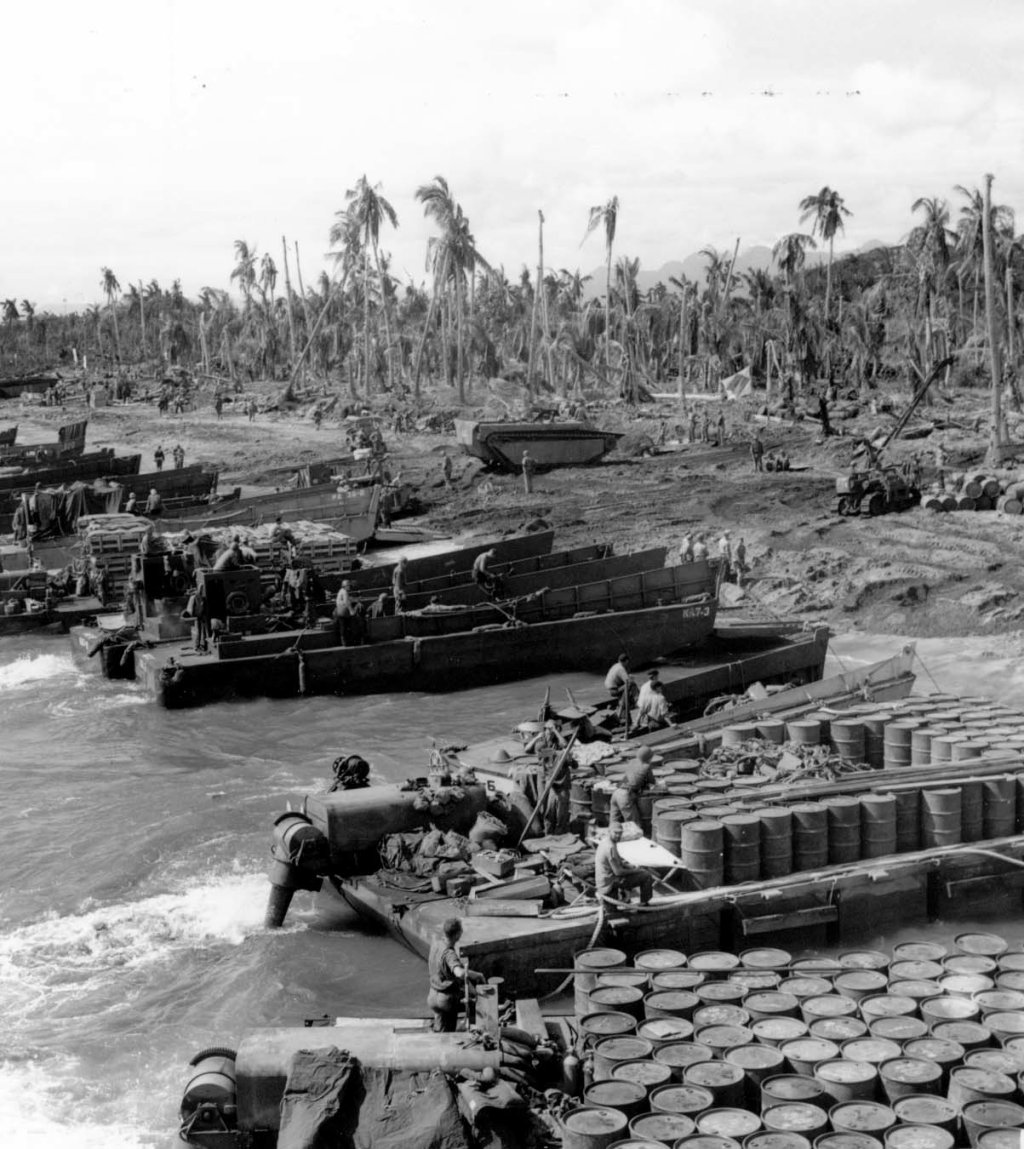