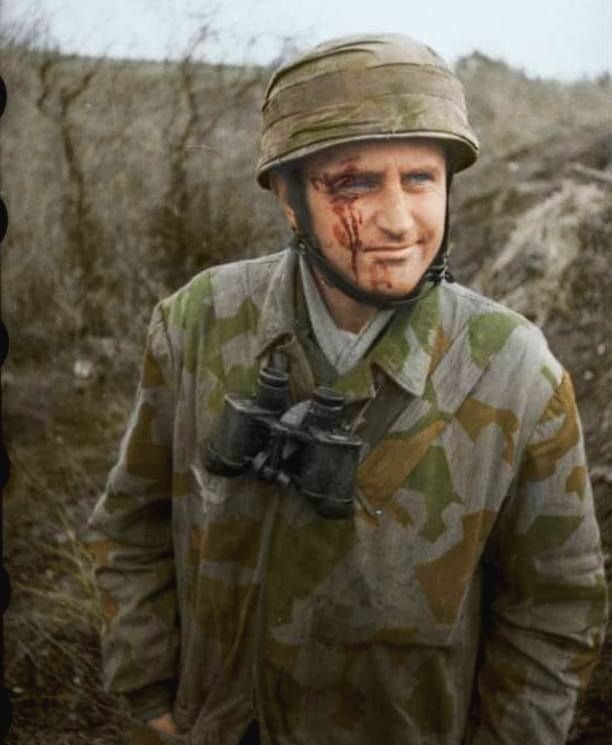 The withdrawal from the contact of the 6.Fallschirmjäger-Division on the 21st Amy Group front focuses attention on the enemy’s available Infantry reserves, particularly the four Fallschirmjäger Divisions (2, 6, 7, 8) that are now out of the line. If the enemy is to hold his present penetration against the mounting pressure of the Third US Army, there must commit more of his few remaining Infantry reserves, for all of his Infantry divisions on the Southern flank have been badly depleted by the devastating American ground and air assault.

The big question with the four remaining Fallschirmjäger divisions is whether they will be employed as were the 3.Fallschirmjäger-Division and the 5.Fallschirmjäger-Division, i.e., as Infantry to hold the ground gained by the panzers, or whether they would be employed in a new attack, while most of the POW captured from these divisions in contact did not have had any parachute training. The enemy is reported to have a concentration of Junker transport planes in Holland and is therefore capable of employing Fallschirmjäger reserve troops in an airborne operation similar to that carried out by Oberst von der Heydte now an unhappy and disheartened PW.

However, the Fallschirmjäger units may be used as they still remain part of the enemy’s diminishing Infantry reserves. Therefore, just as with the Panzers divisions, of which all but the 10.SS-Panzer-Division (Frundsberg) and the 21.Panzer-Division are now committed to the offensive, careful attention must be paid to Infantry identifications, both old and new. The enemy does not have limitless reserves. In fact, there are strong indications that he is beginning to reach the end of his strained manpower resources available for commitment in the west. Therefore in this struggle of reserves, the ability of the enemy to maintain the momentum of his offensive depends on the number of uncommitted divisions he can muster in the western battle area.

– a. The 2.Fallschirmjäger Panzergrenadier Division (Hermann Goering) has been identified in the central sector of the eastern front.
– b. The 18.Panzergrenadier Division, formerly considered disbanded has now been re-identified on the central sector of the eastern front.
– c. The personnel of the Sturm-Division Rhodos and the 21.SS-Mountain-Division (SS Skanderbeg – Albania), last located in the Balkans, have been dispersed and both divisions are believed disbanded. Also believed disbanded is the 173.Reserve-Division, last located in Croatia.
– d. The 22.Infantry-Division (Luftlande) with the 47.Grenadier-Regiment is now carried as a three regiment field division.

📽️Russian forces tried to advance from the direction of Mykilske settlement, but were hit by accurate Ukrainian fire.
#UkraineRussiaWar

LuLu enjoyed posing for the camera.

Video of a Ukrainian SSO Switchblade 300 loitering munition strike on a position in the Bakhmut area.
https://t.me/ukr_sof/424

Eastern Ukraine, while taking artillery fire, a Russian BMD runs into a minefield.

Dodgers: Justin Turner Breaks Down One of His Favorite Moments with LA http://dlvr.it/ShYfMg #LADodgers #Dodgers #AlwaysLA

Been hearing alot about this one. Looks like a solid project with amazing partnerships 🤝

The Ukrainian military says that Russia is using inflatable decoys in Zaporizhzhia.
https://www.facebook.com/GeneralStaff.ua/posts/pfbid07wK3EEfwLm43Q23wxNyRZRWukha91iKaTF2VqduxCs4mGMgB68msqpRxXhdpmXjel