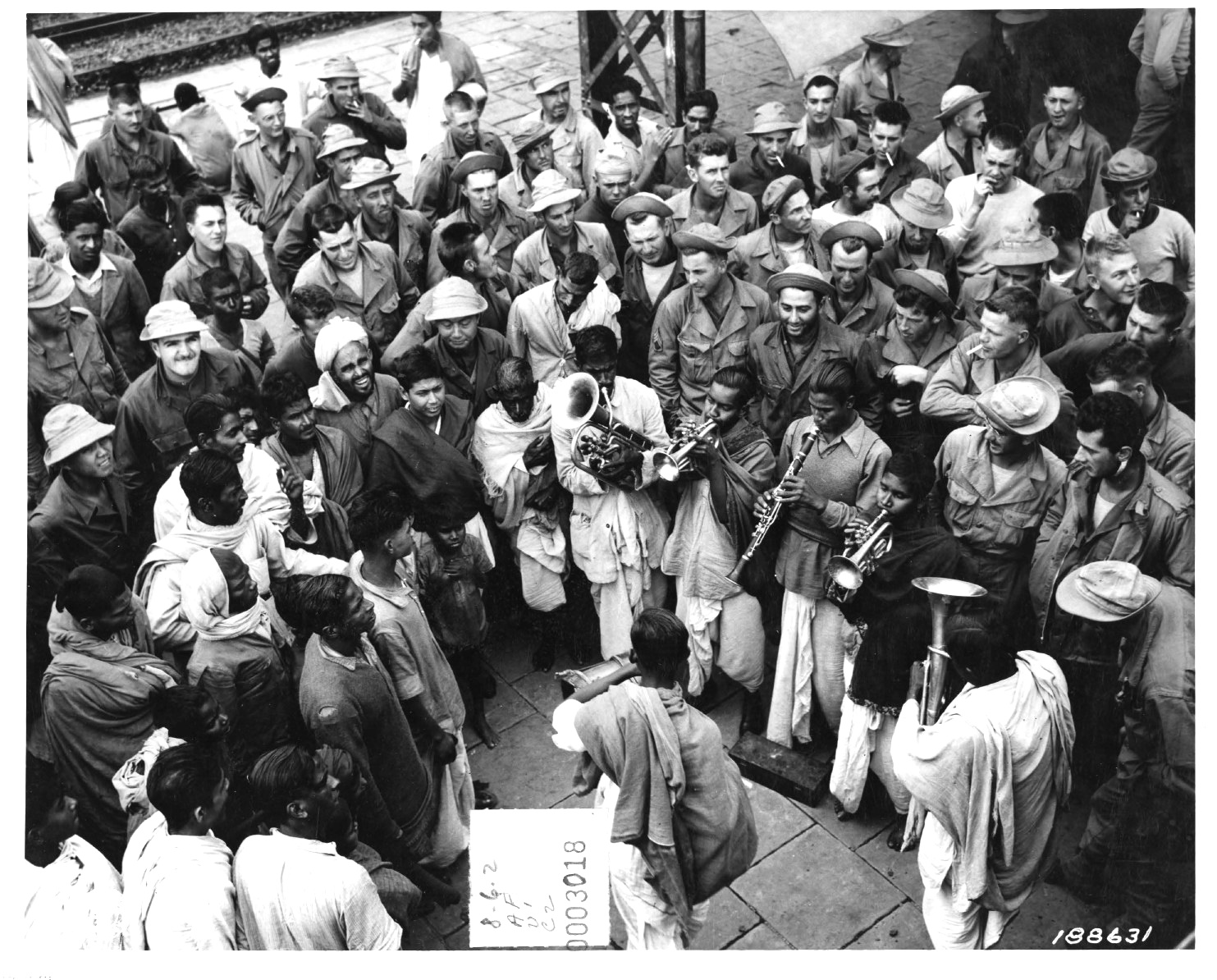 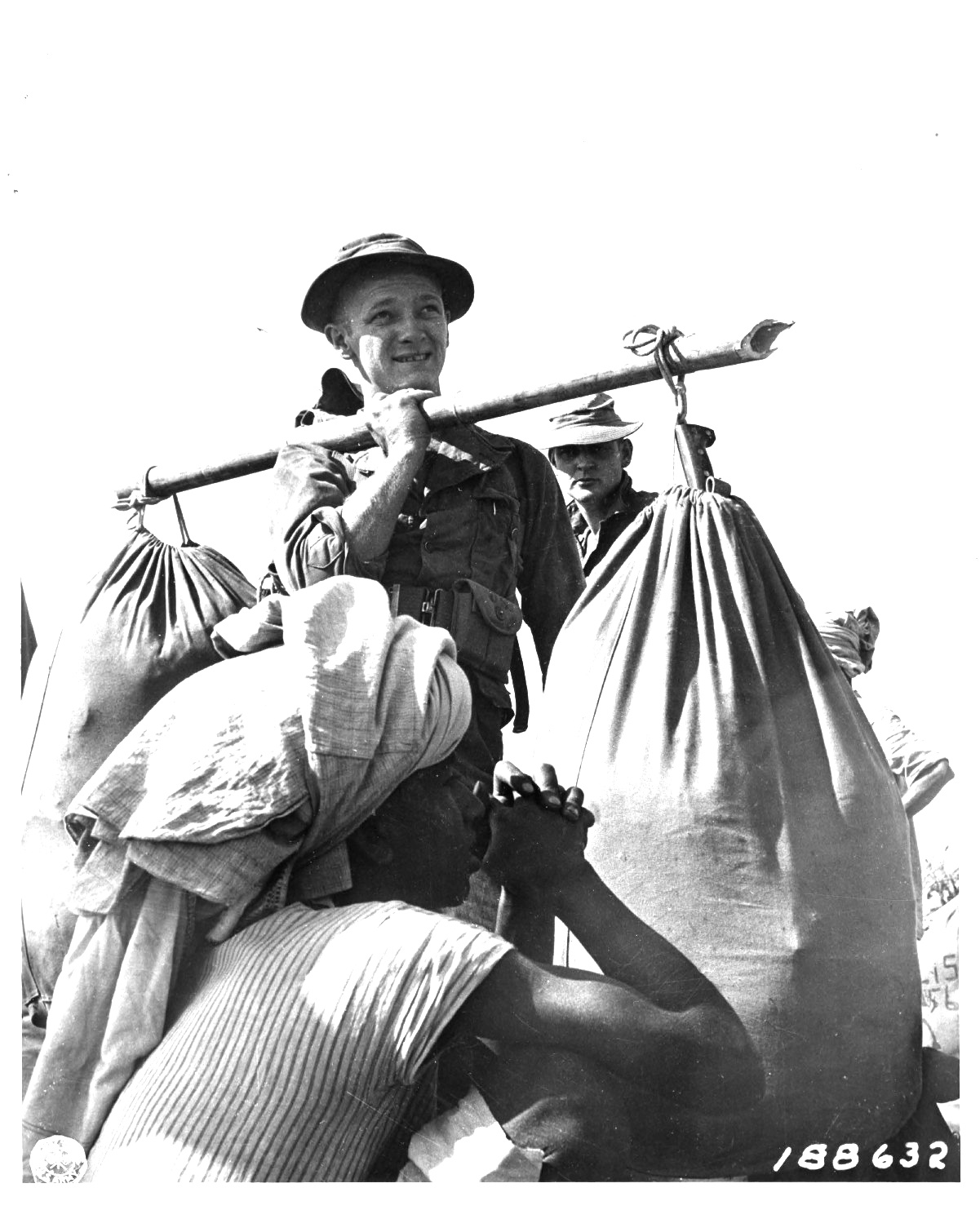 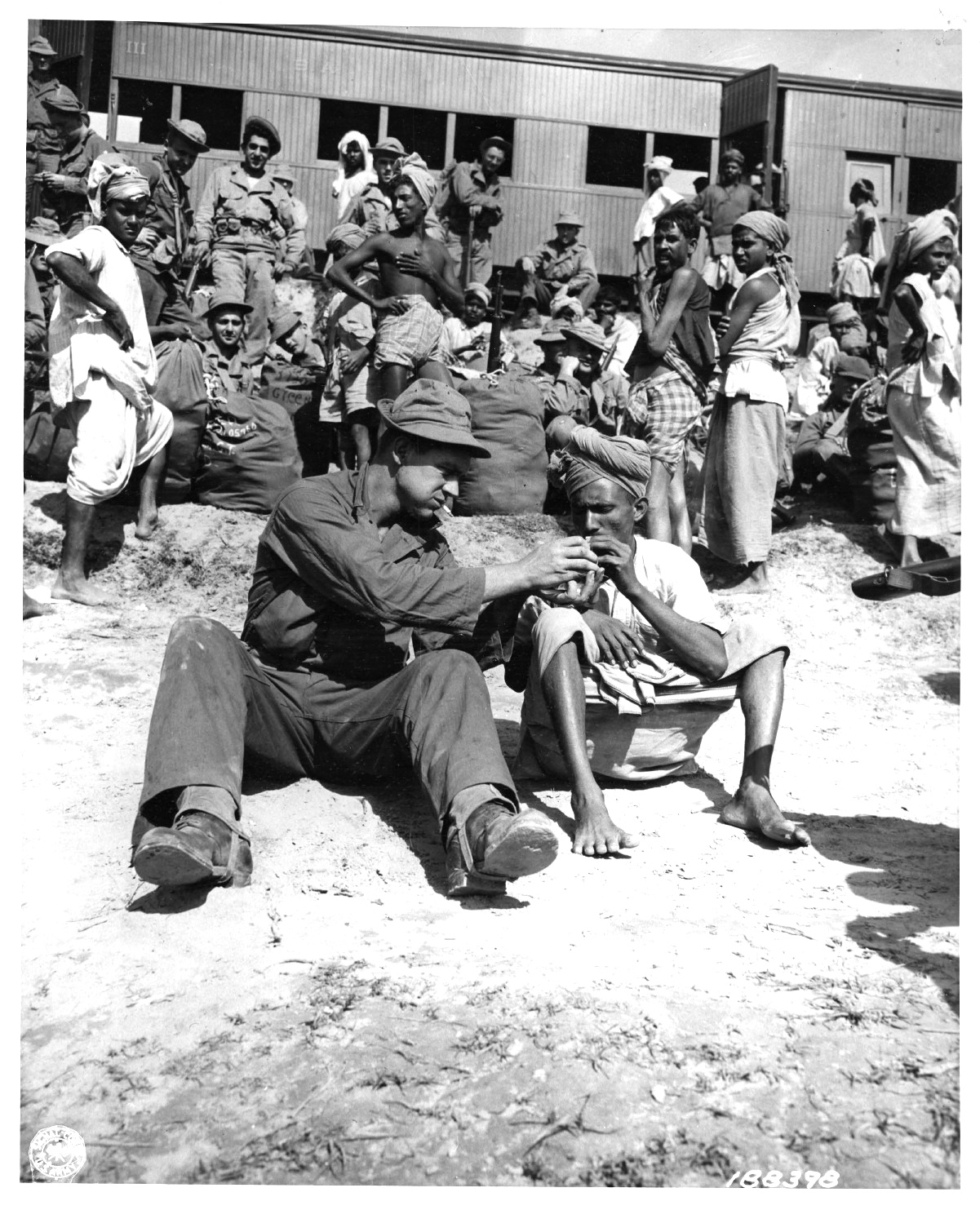 SC-188398 (Jan 2, 1944) Sgt Raymond E. Tuggle, Neosho, Missouri, lights a cigarette for an Indian somewhere in the Bengal Province while waiting for a move to one bivouac area in India. 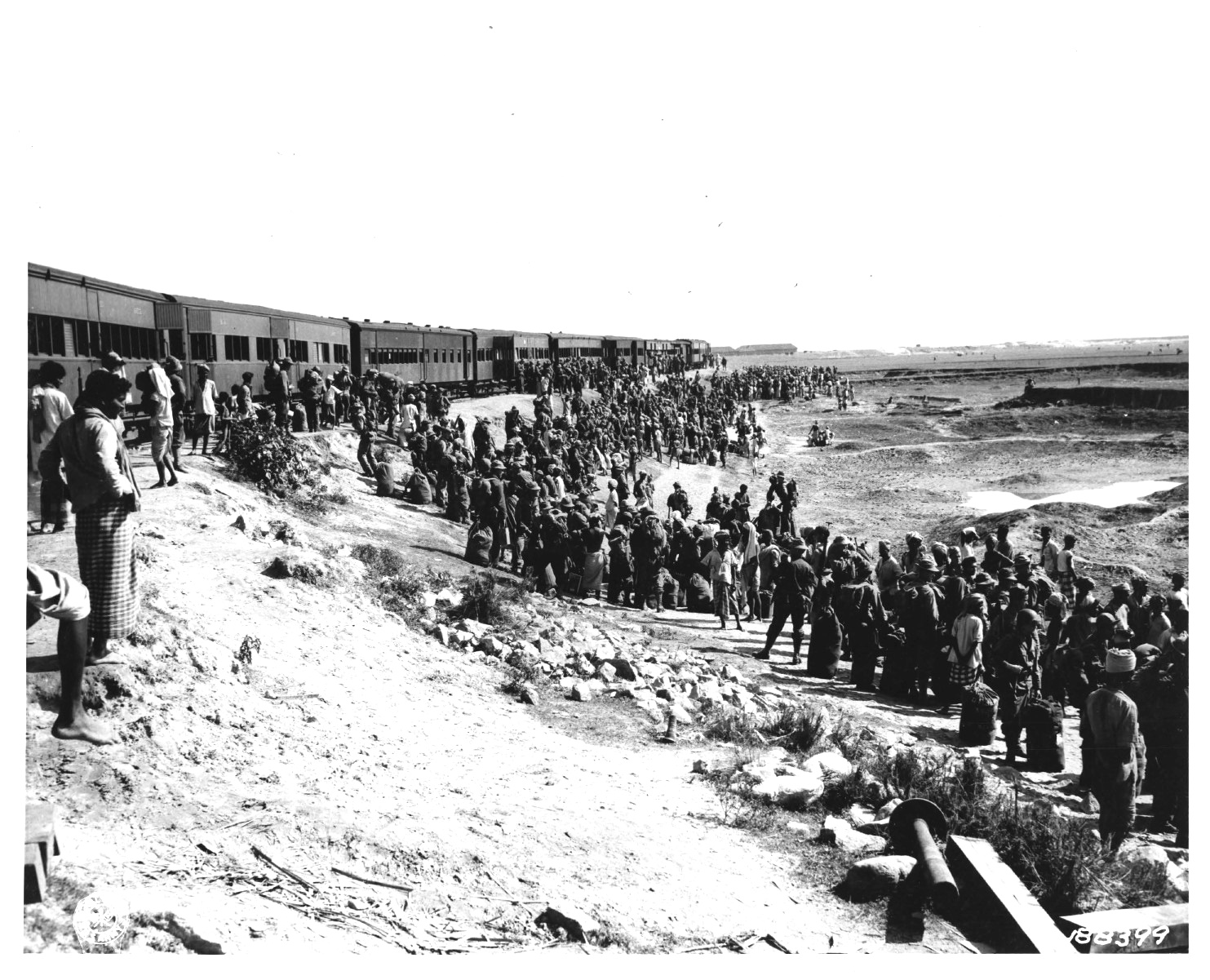 SC-188399 (Feb 2, 1944): Waiting to board boat on the Brahmaputra River. This river is called Yarlung Tsangpo in Tibet, Siang/Dihang River in Arunachal Pradesh and Luit, Dilao in Assam, and is a trans-boundary river which flows through Tibet, India and Bangladesh. 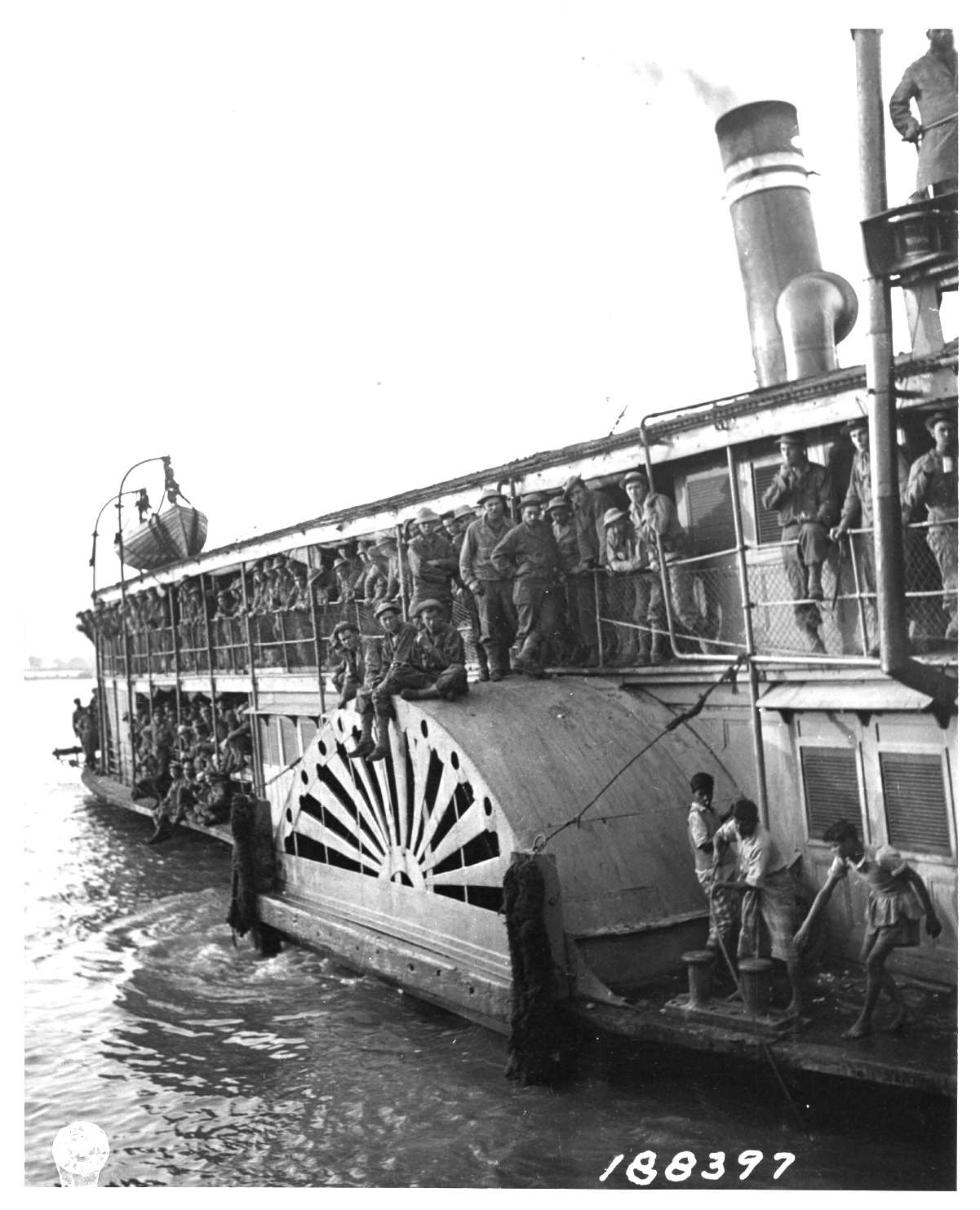 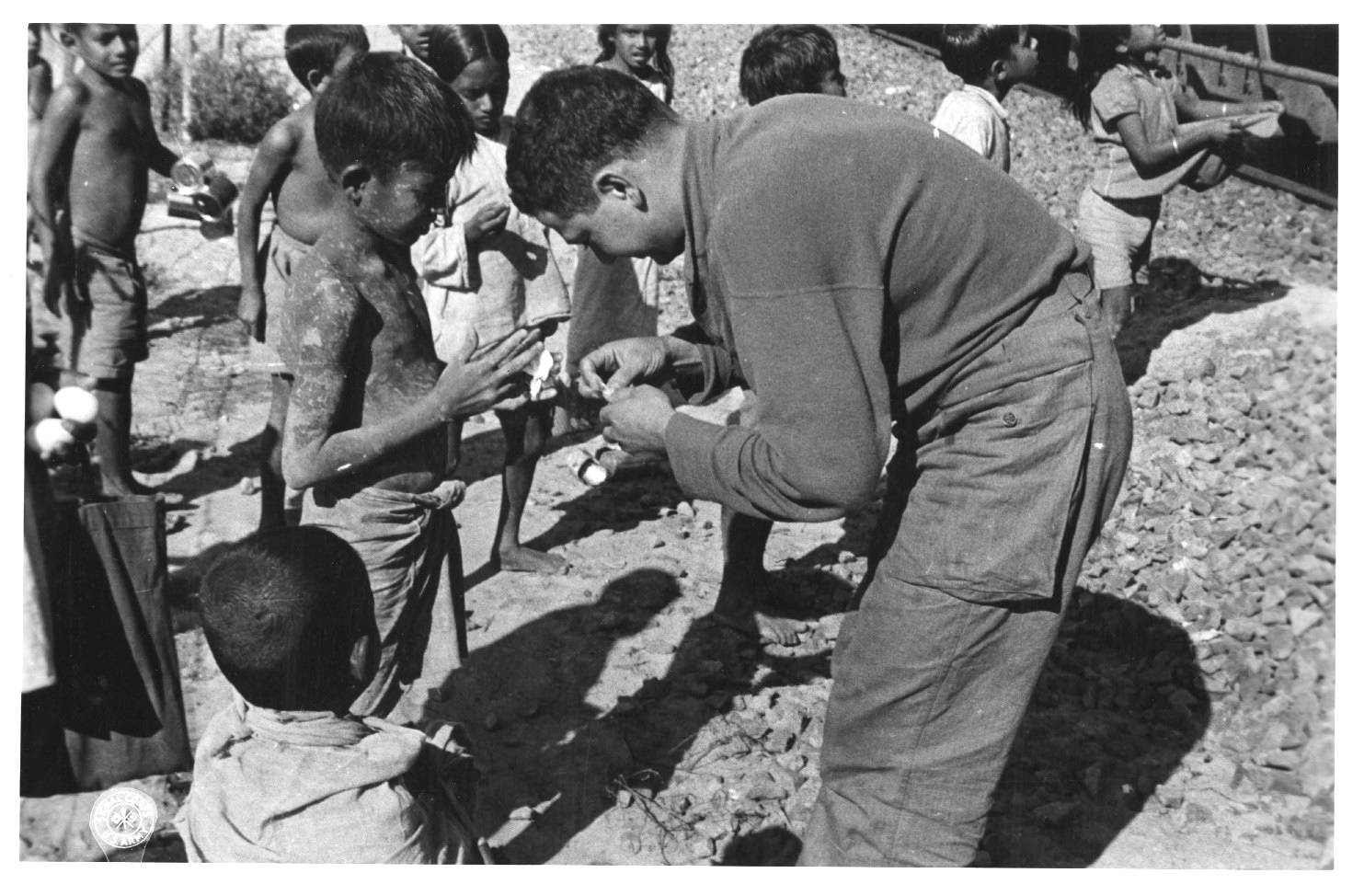 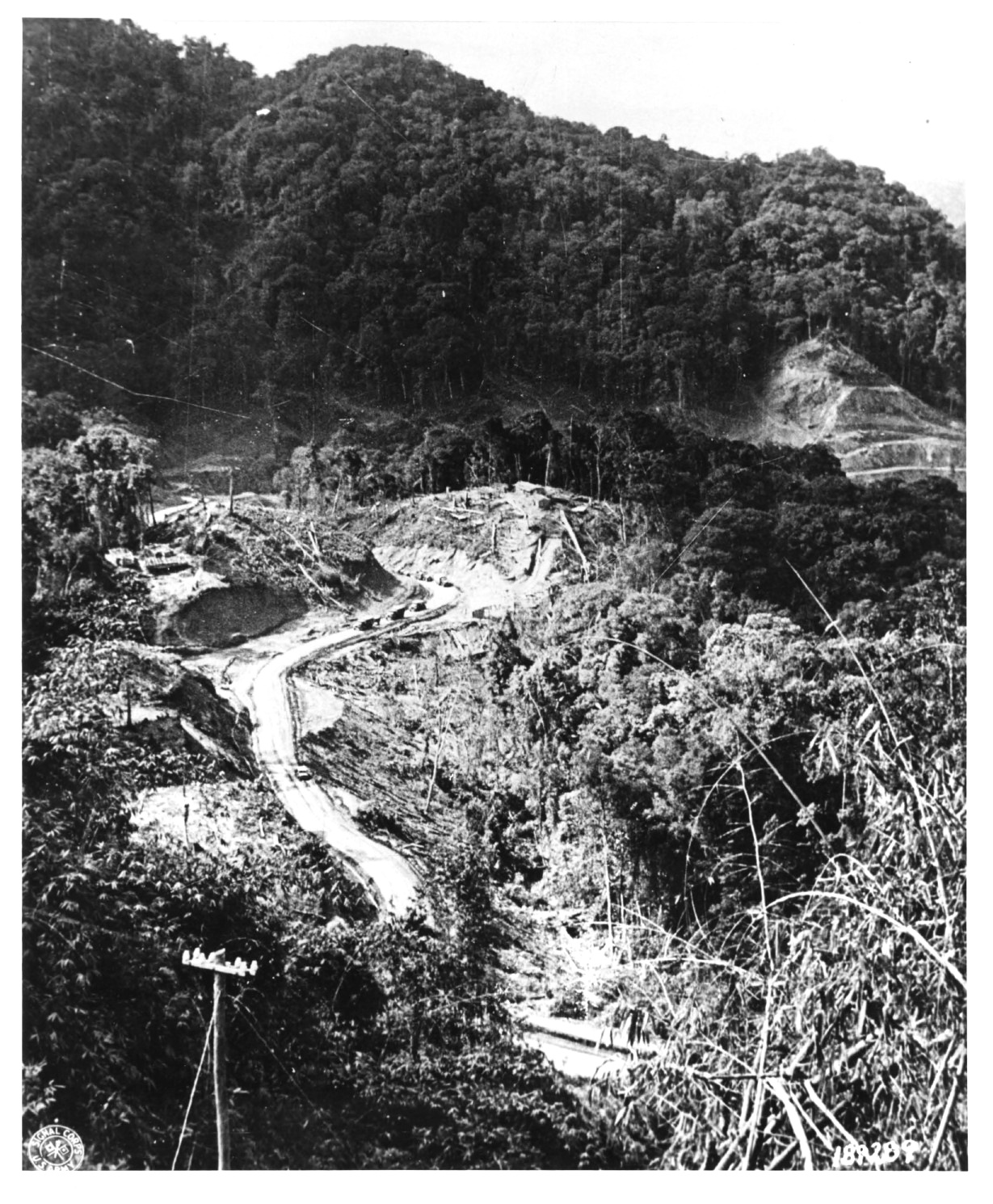 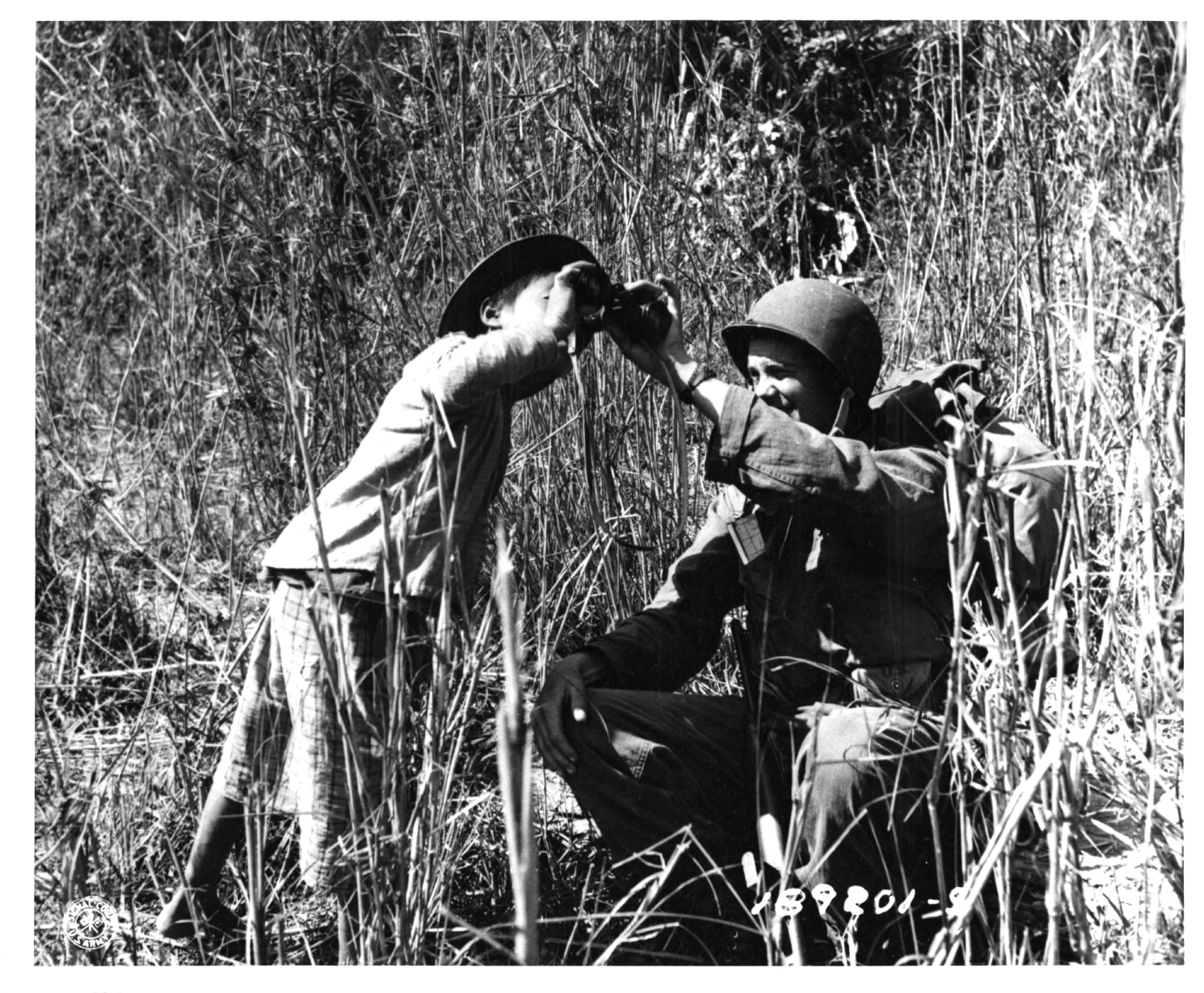 SC-189201 (February 1944): Pvt Elbert K. Higxxx, one of the 5307-Galahad Merrill Marauders, the first US Unit to fight in Burma, showing to a native boy the way it looks while using an M-3 Binoculars Field Glass. 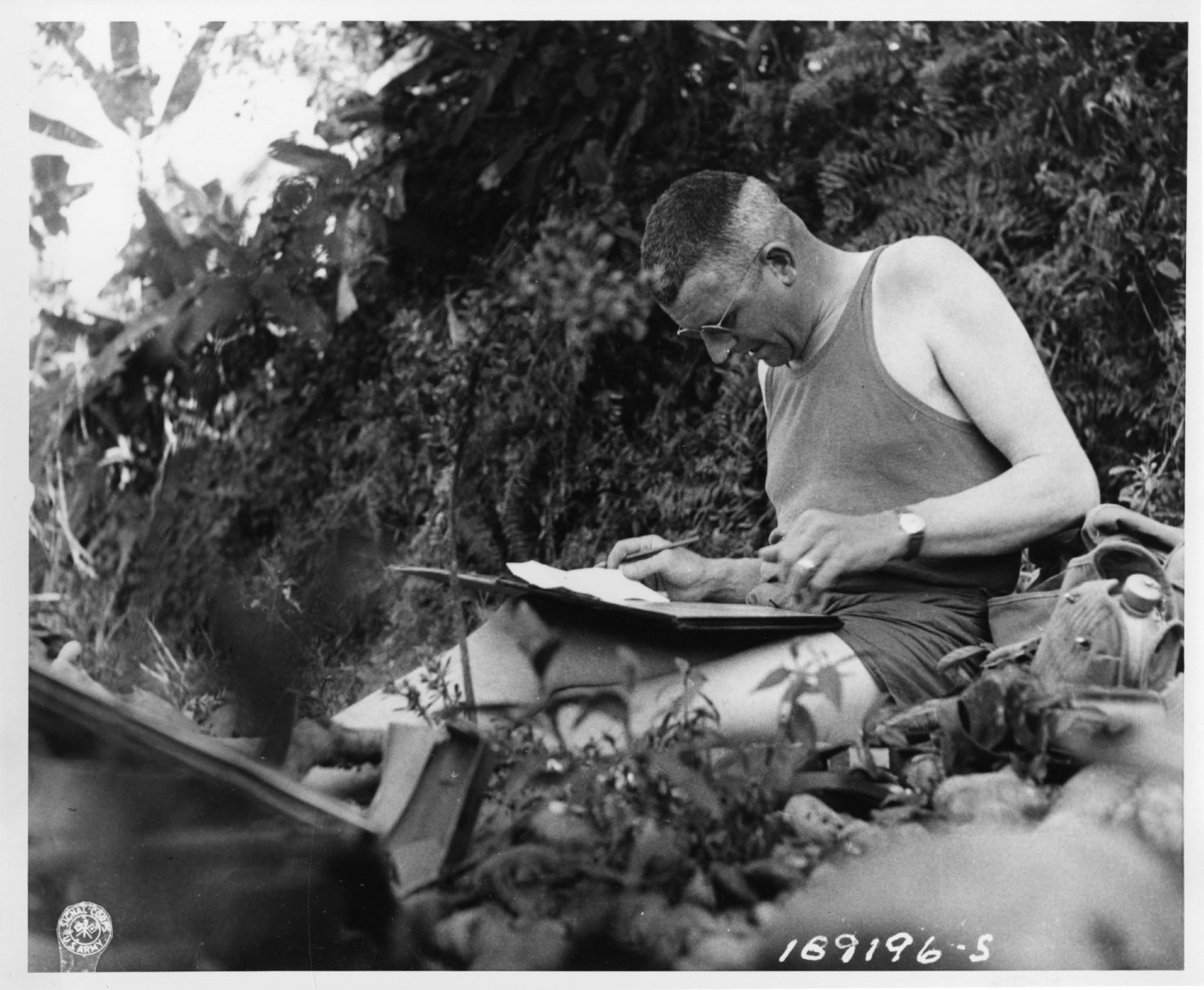 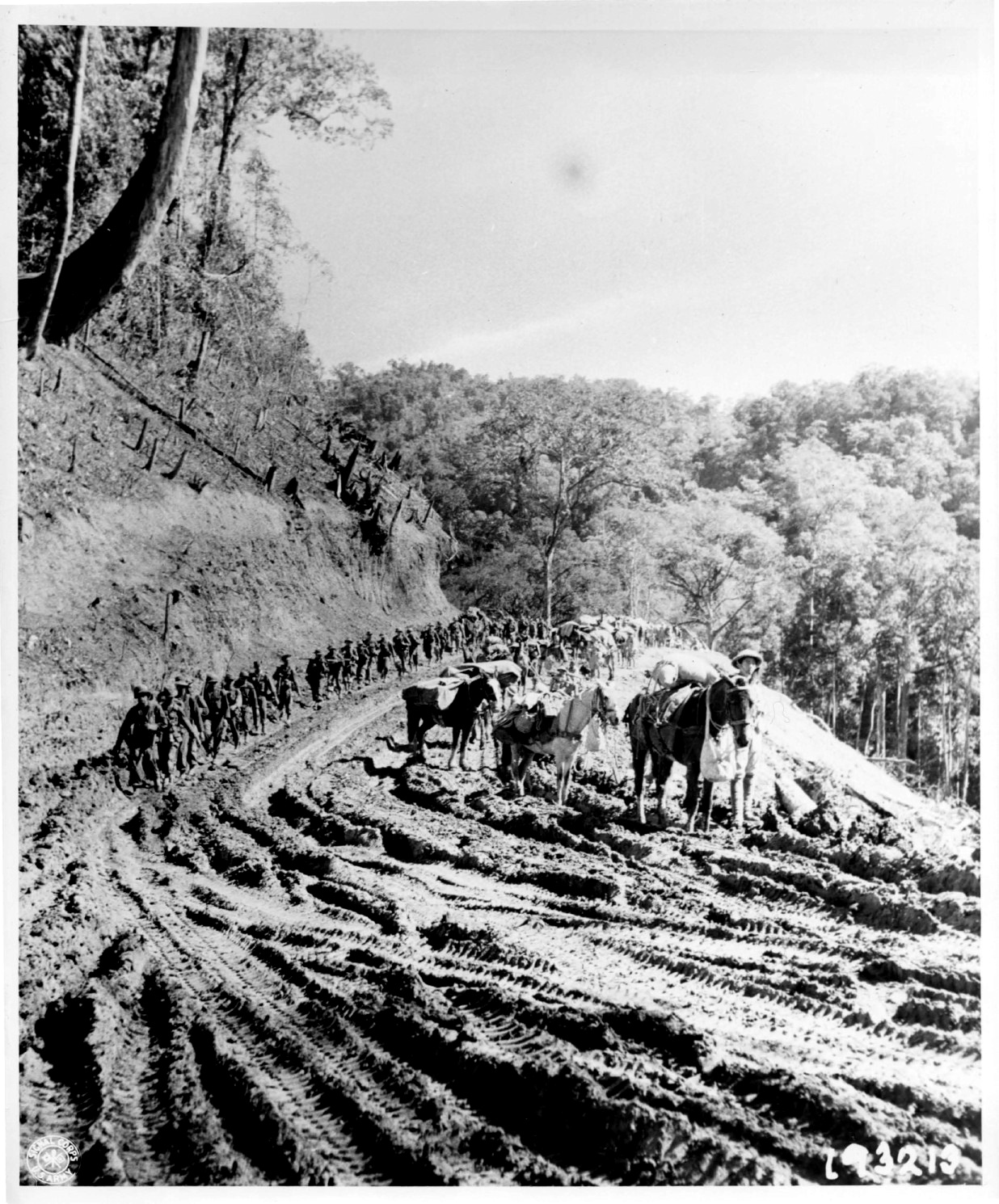 SC-193213 (Feb 13, 1944) American and Chinese troops march side by side along the Ledo Road on their way to meet the Japs in northern Burma. American troops are from the 5307, Merrill’s Marauders. 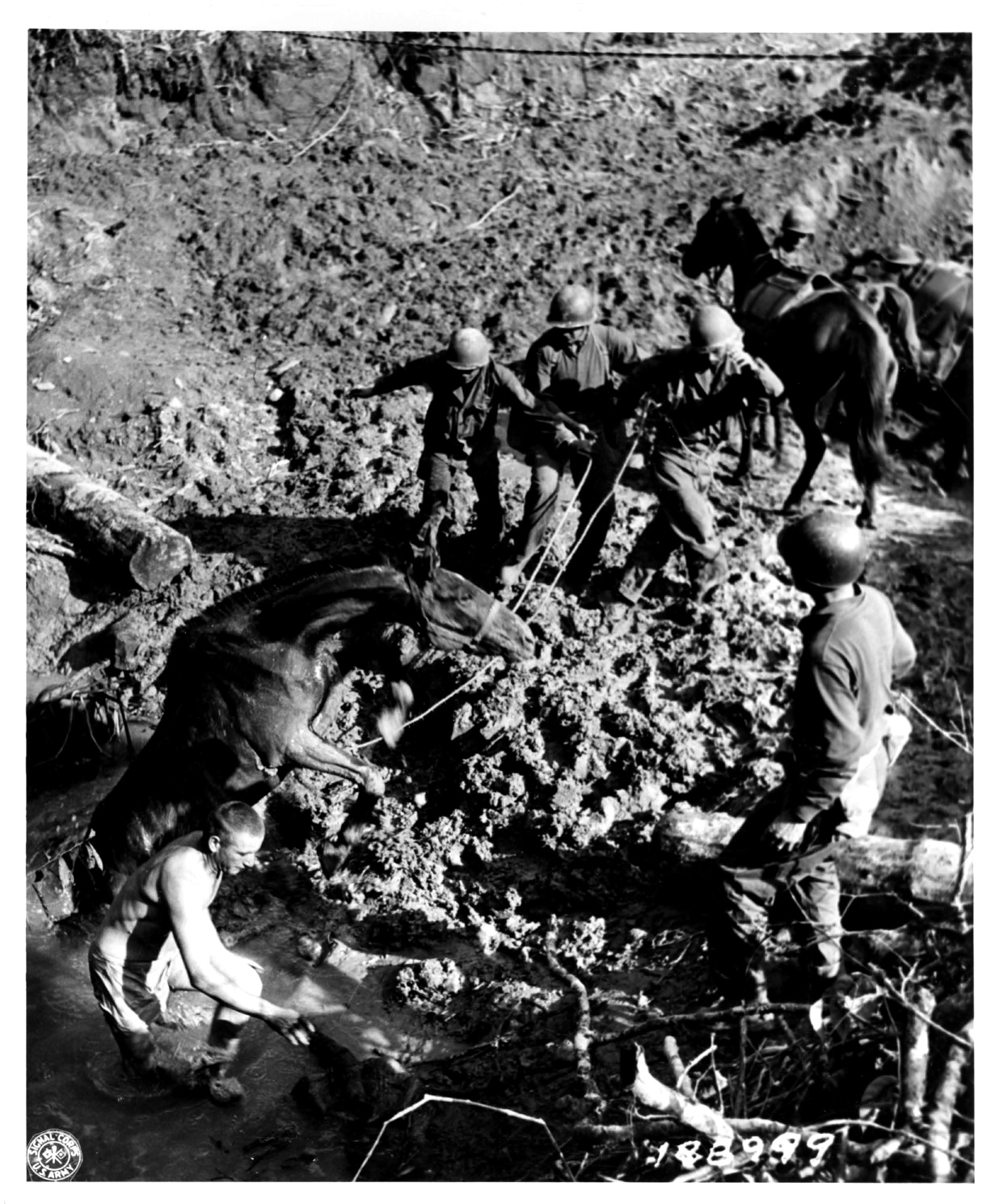 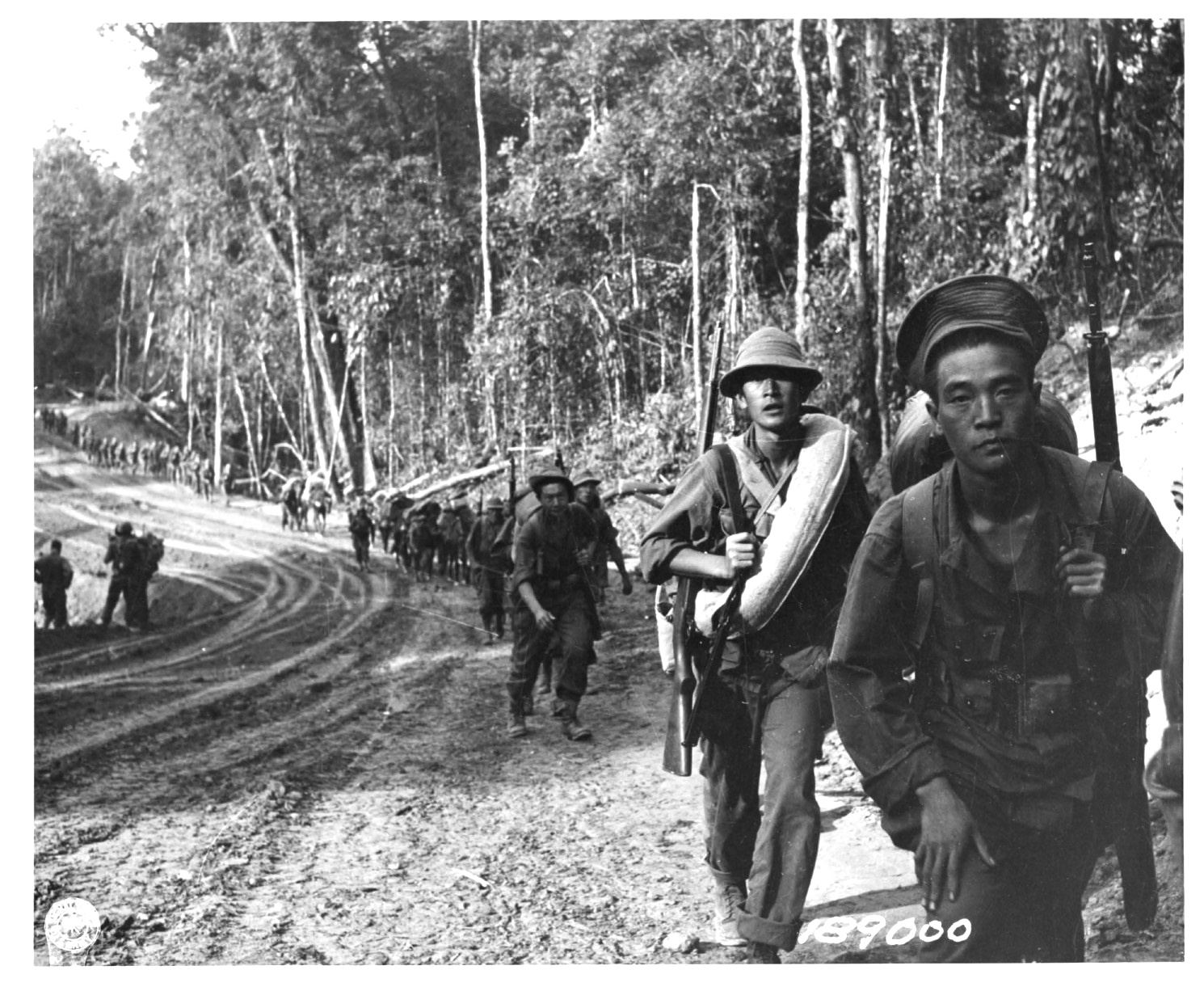 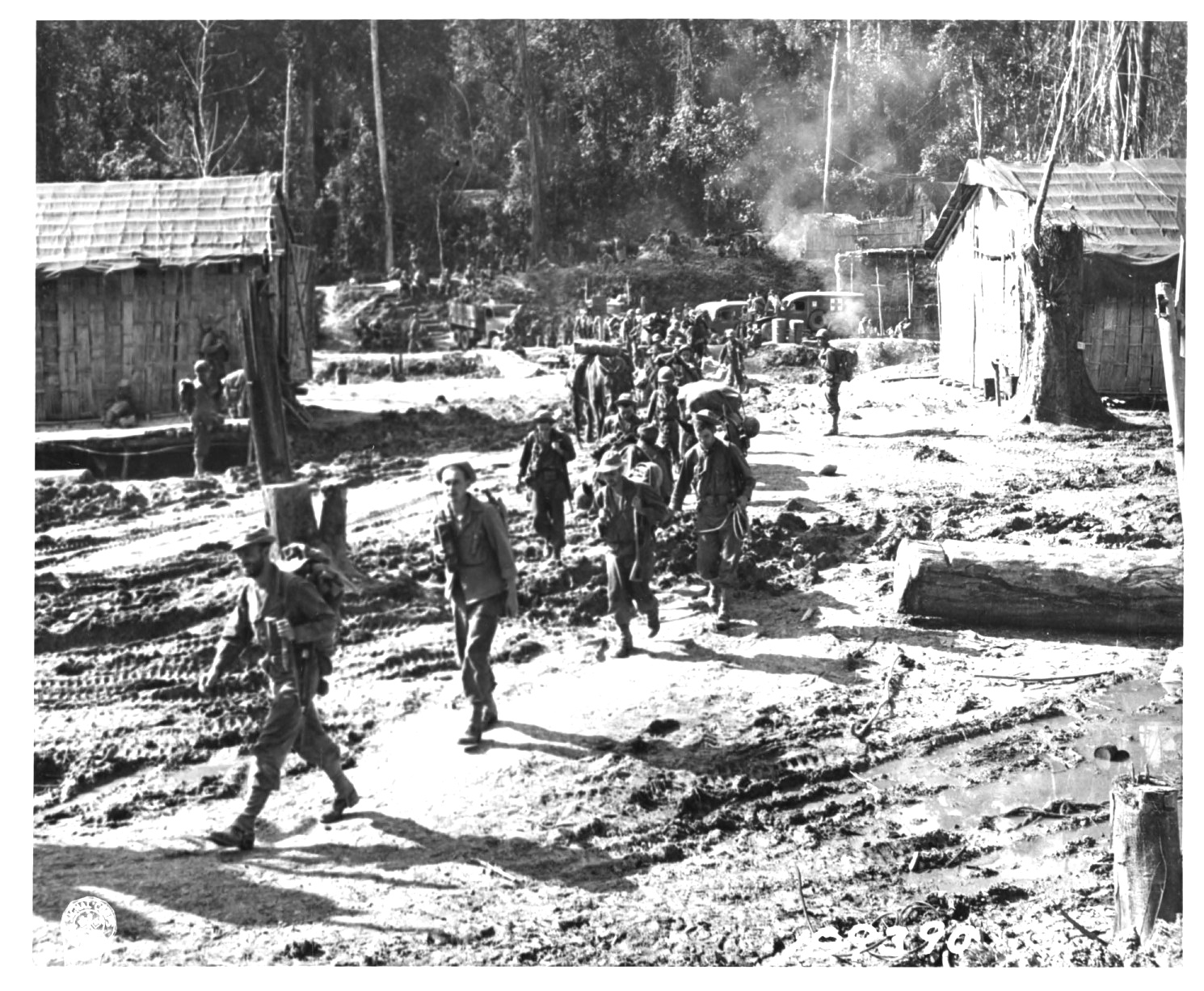 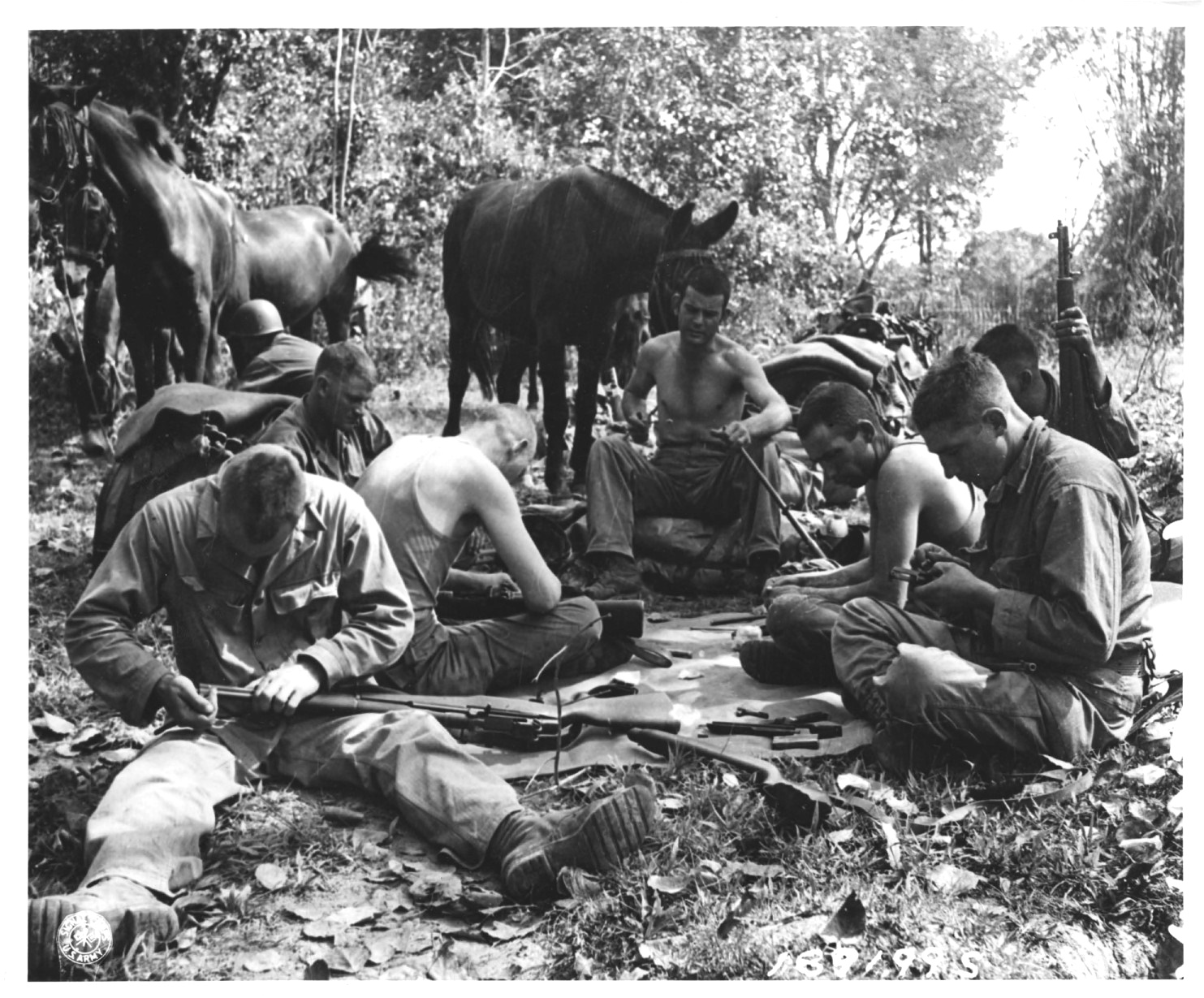 SC-189199 (Feb 23, 1944): These mules skinners of the Merrill’s Marauders are cleaning their rifles and letting their mounts grease while their outfit, on the march somewhere in Burma, pauses to receive an air drop supplies. 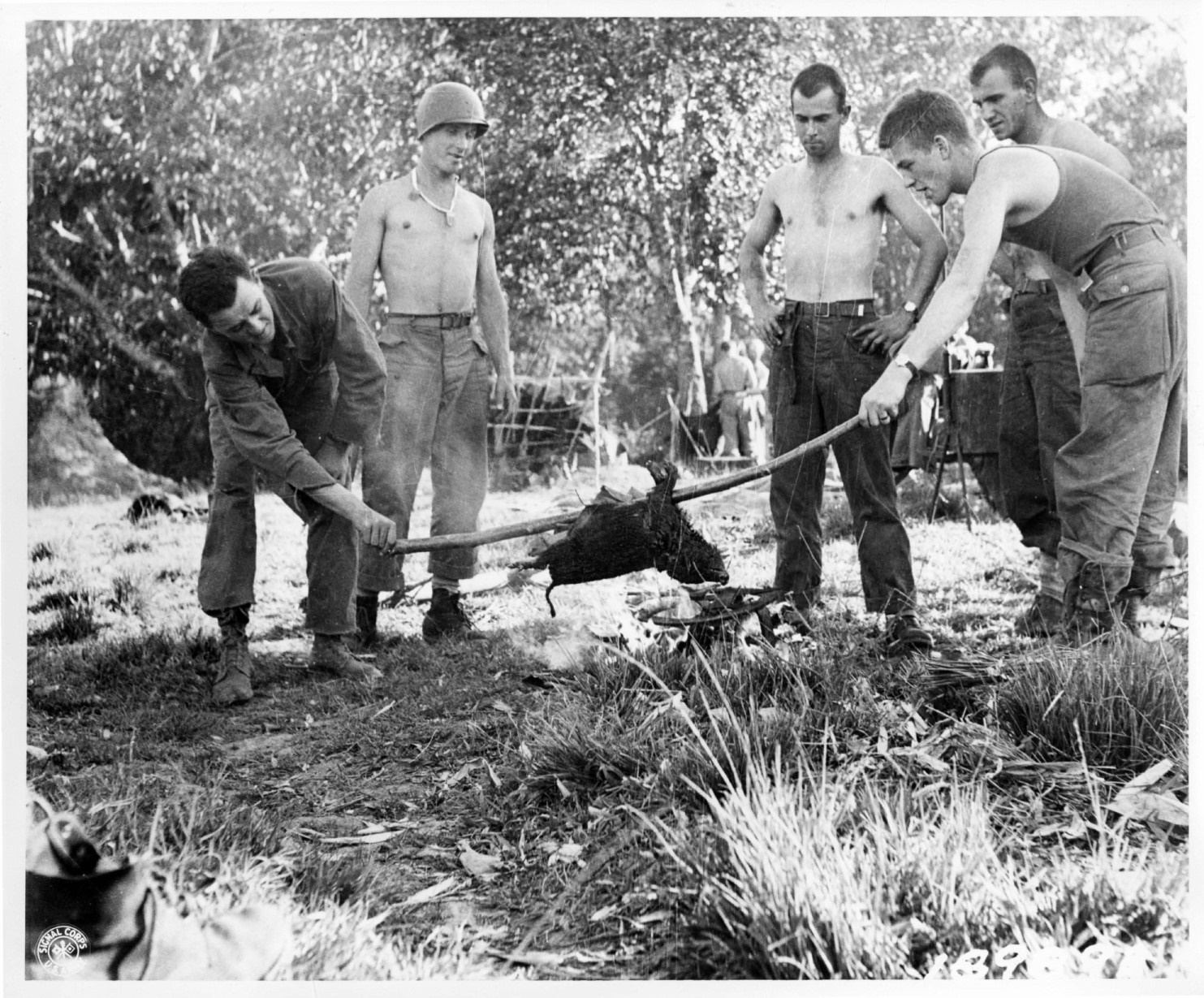 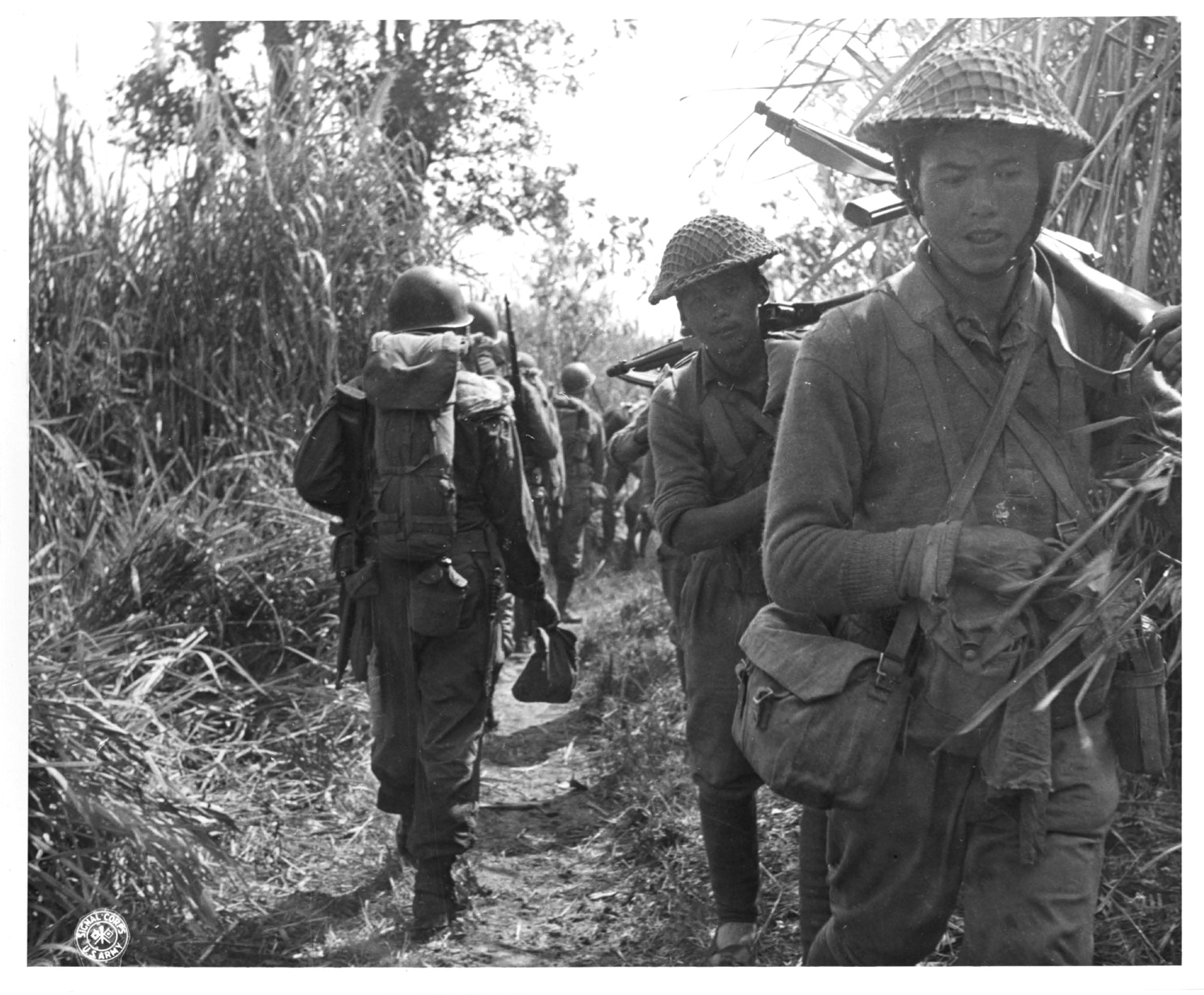 SC-15877 (March 1944): Chinese soldiers pass American troop on the trail near Wesu Ga in northern Burma. The Chinese troops moved into Wesu Ga the night before and are relieving the America boys who are going to bivouac. (Note) I don’t agree with this original caption. The Chinese forces were trained and equipped by the USA. Seeing these soldier with British equipment makes me think that those soldiers ar Chindits. What do you think? 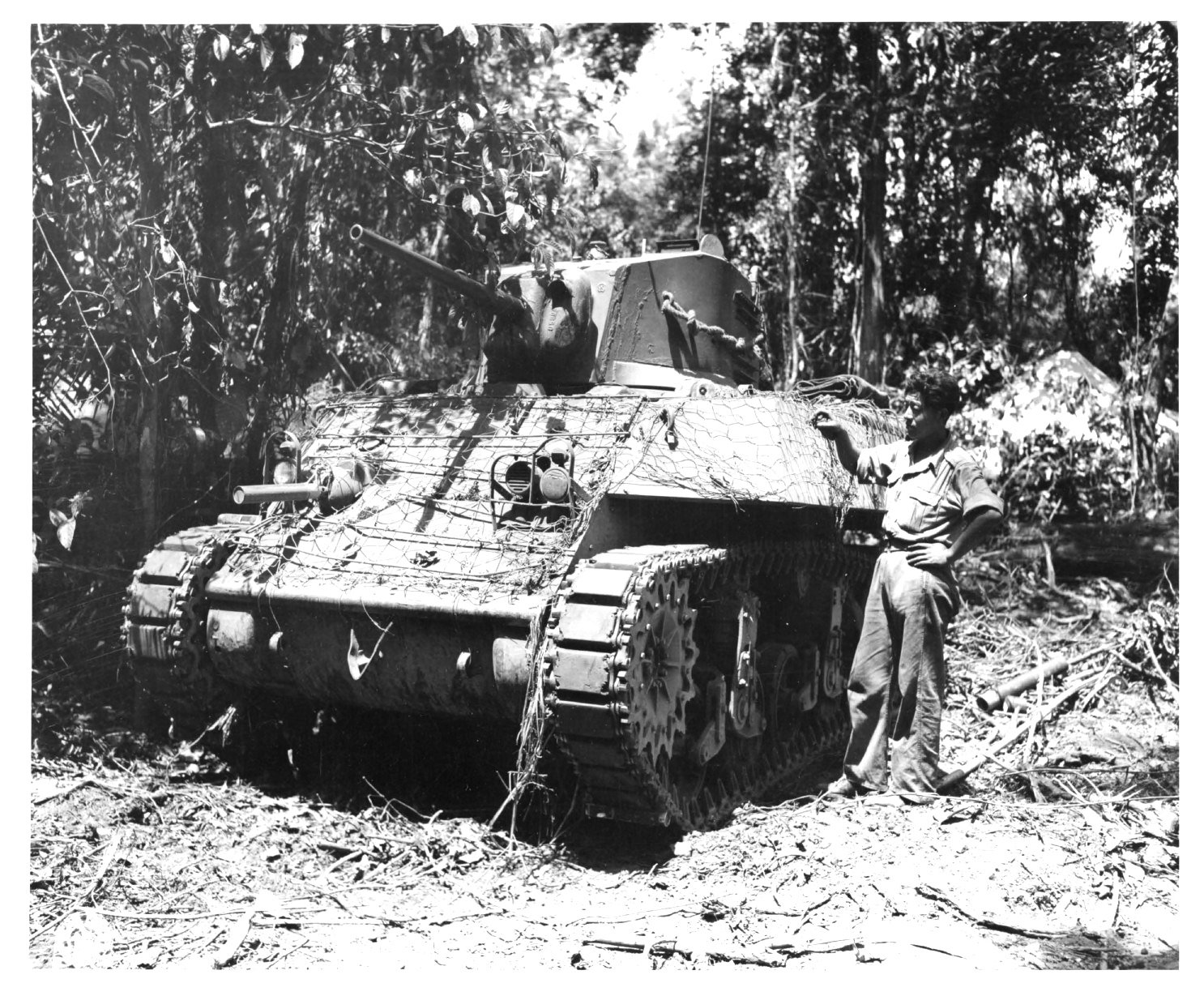 CBI-44-22223 (1944): Chinese tank driver, 1st Company, 1st Battalion, 1st Tank Group, points to wire netting that has been so successfully in reducing the effectiveness of the Japanese Magnetic mine used against this and other light tanks in combat. For the Magnetic mine to be effective, it must be in direct contact with the metallic surface of the tank. The wire netting prevented the mine from such contact. Wire netting device is the ‘Brain-Child’ of Col Rothwell Brown, Washington DC, of the 1st Provisional Tank Group. 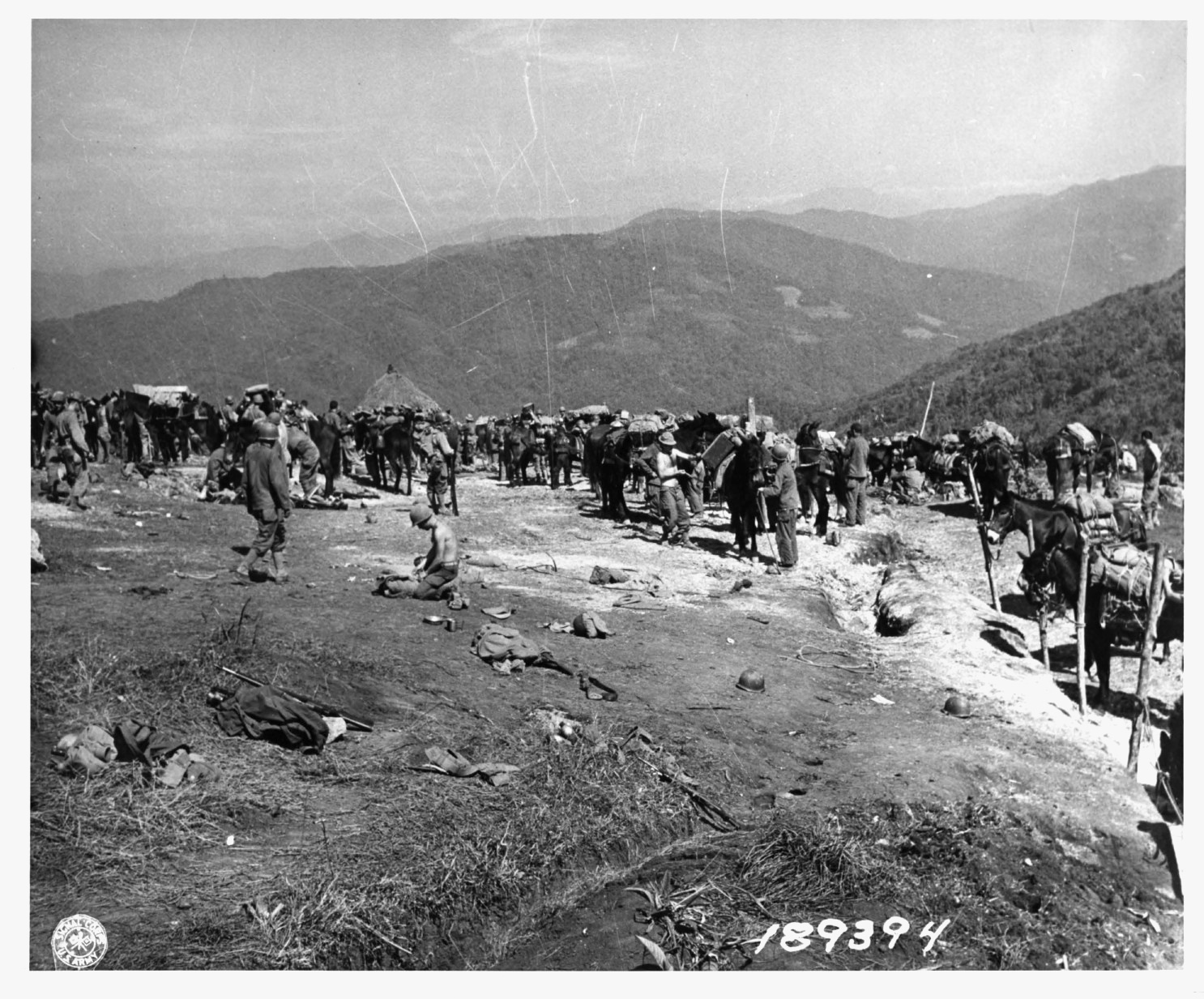 SC-189394 (March 1944): Troops of the Chinese 38th Infantry Division preparing to resume the march up the Ledo Road after a break. 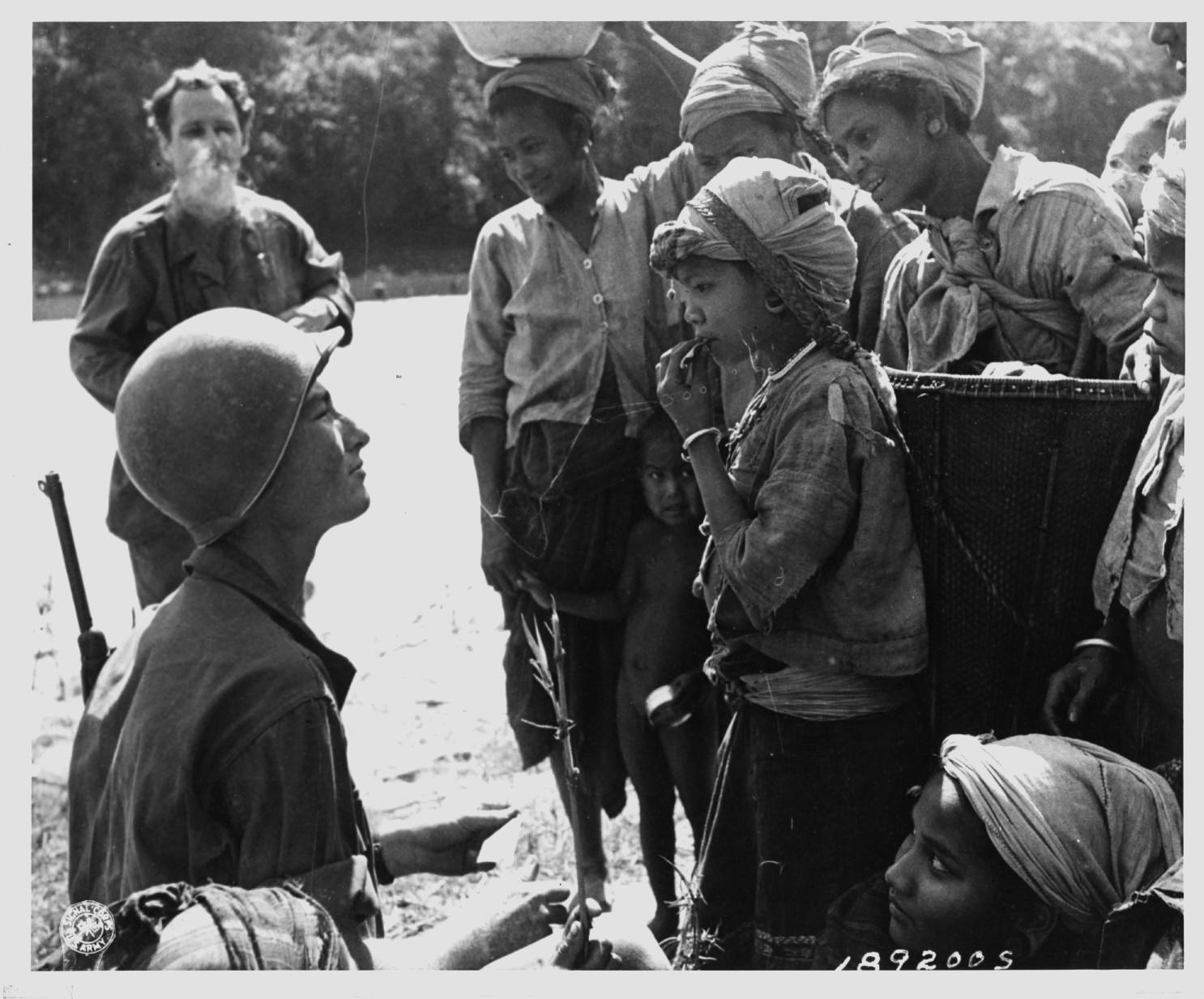 SC-189200 (March 1944): One of the Merrill’s Marauders, Pvt Wayne A. Martin, Los Angeles, during a rest of the outfit’s march in Burma, shows a native how to enjoy American chewing gum. 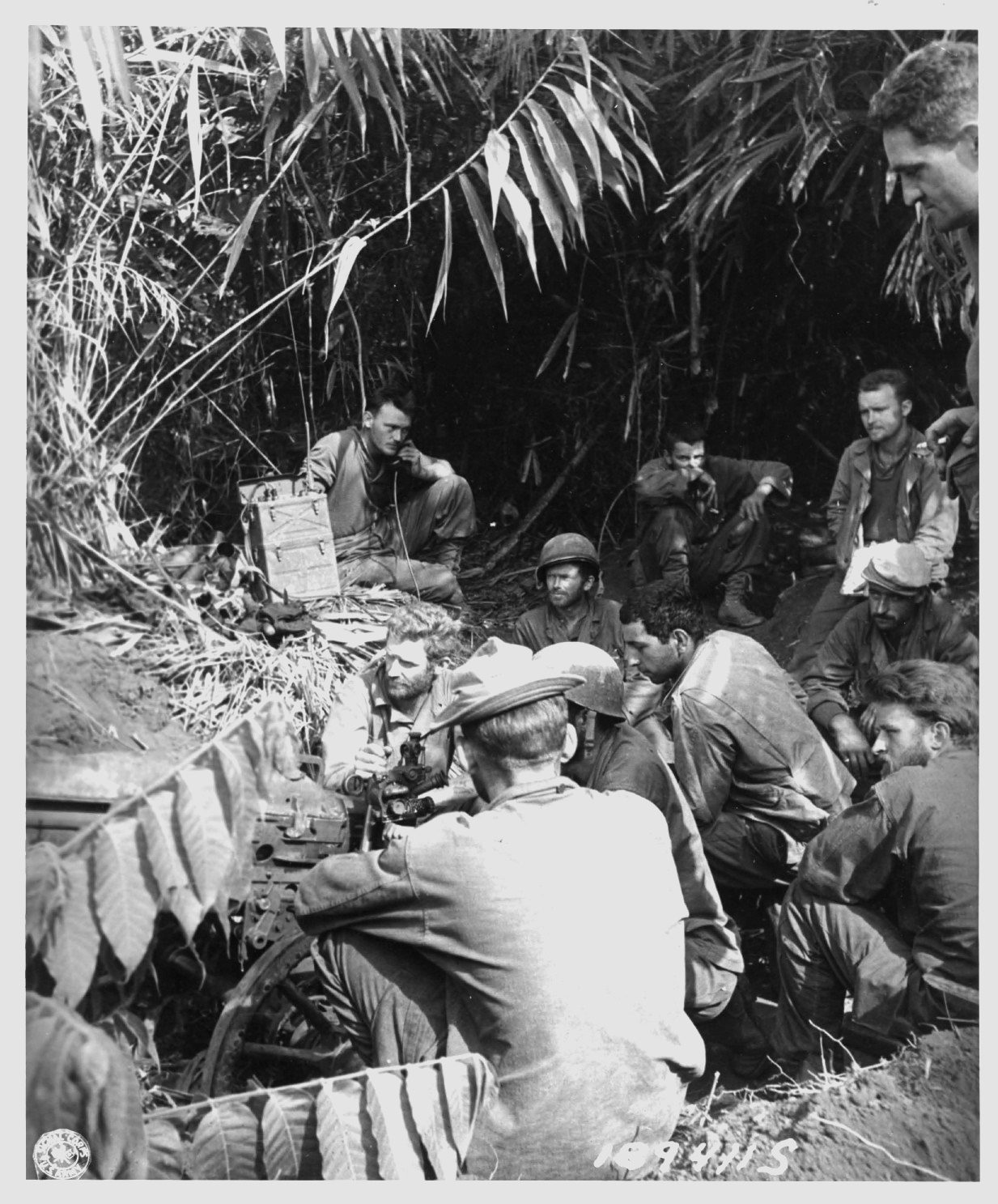 SC-189411 (March 1944): This dramatic moment shows US troops of the Merrill’s Marauders lying in the bushes somewhere in Burma, ready for an attack on a Japanese machine-gun nest which has been holding up operations for the past two days.