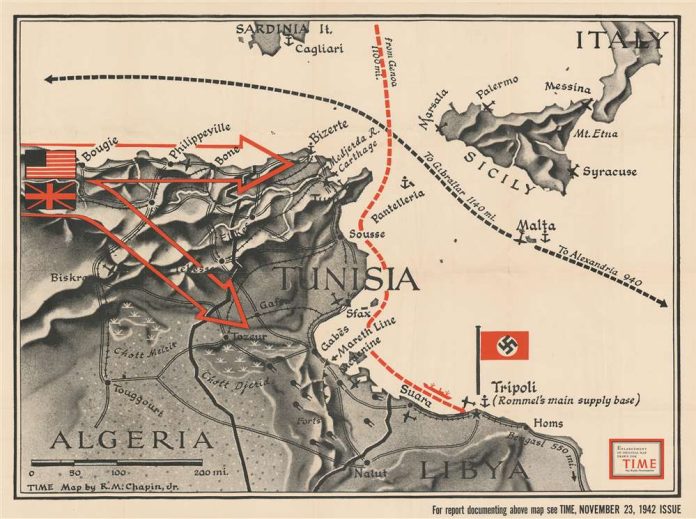 The Beach of Les Andalouses, west of Oran (above). The landings here were unopposed. Eastern part of Oran harbor (below). Early on Nov 8, two British ships (ex-US Coast Guard cutters), carrying about 400 US soldiers, entered the port between the moles shown in the distance. The ships came under point-blank fire from French naval vessels in the harbor and from shore batteries. They returned the fire but were sunk with great loss of life. When resistance in Oran ceased at noon on Nov 10, the port was cluttered with ships either sunk by British naval gunfire or sabotaged. Port installations had received only minor damage and were quickly put to use 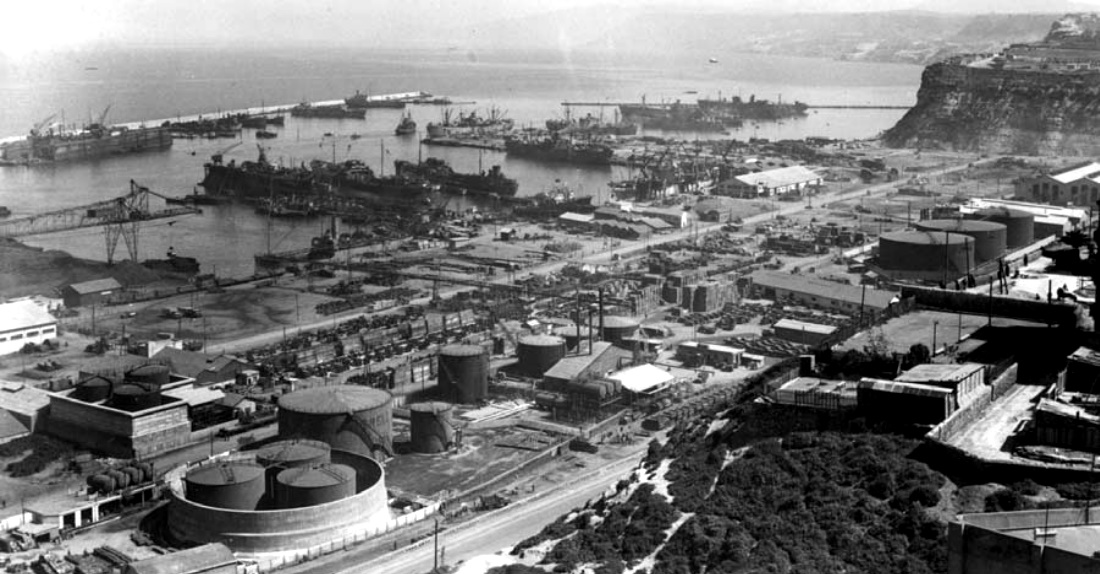 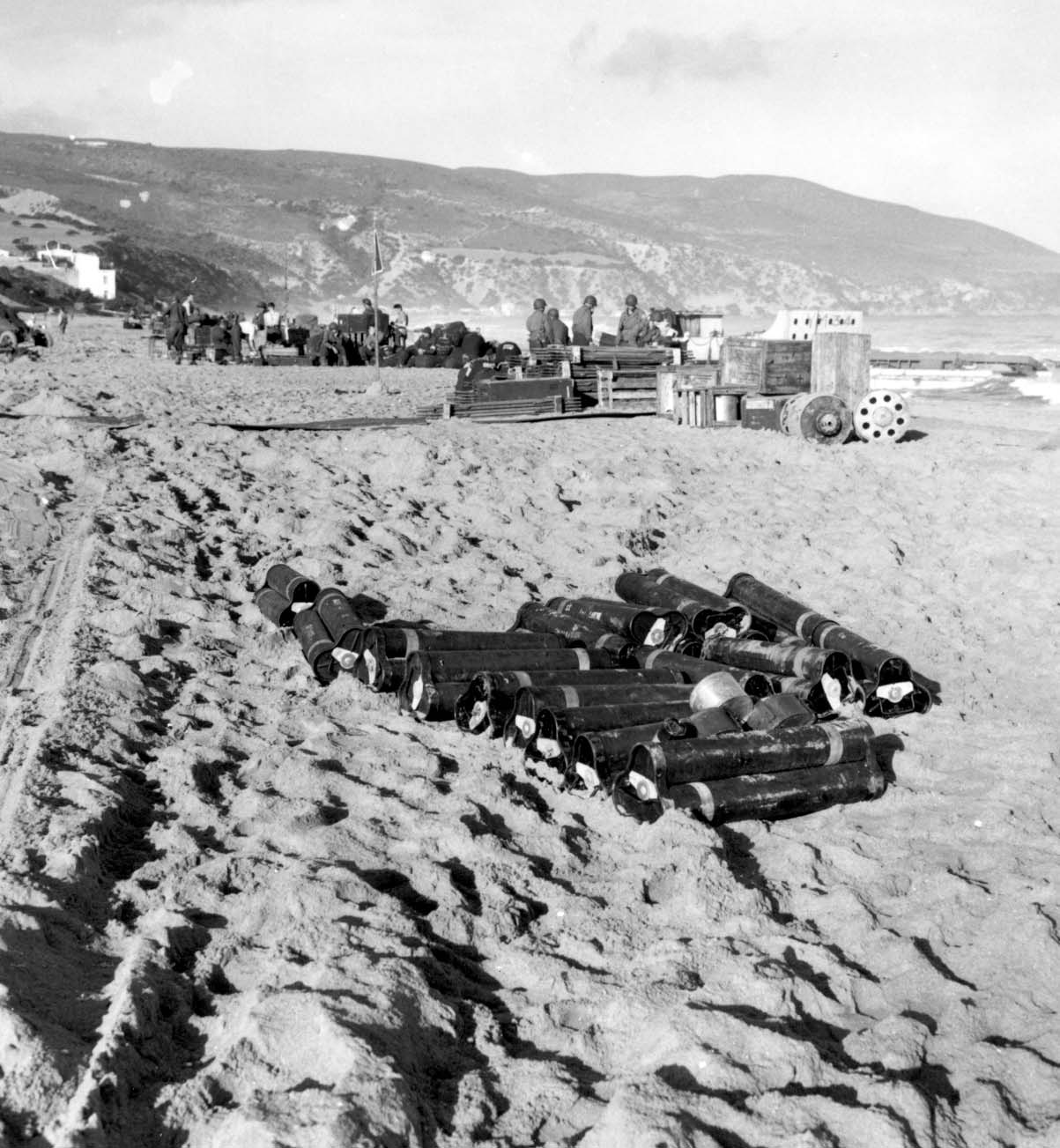 Supplies on the Beach of Les Andalouses on D Day. Most of the Allied supply problems, both on the Atlantic side and in the Mediterranean, were caused by destruction of landing craft. About 95 percent were used during initial landings leaving few reserves for the build-up. The large seaworthy LST’s (Landing Ship Tank), which were to play a decisive role in all subsequent landings, were introduced by the British in the Oran area to carry light American tanks for beach landings

Unloading Supplies and laying prefabricated track on the beach in the Golfe d’Arzeu east of Oran (above). Guarding French and French colonial prisoners captured in the same vicinity (below). The plan for the capture of Oran and near-by airfields consisted of the frontal attack on the port itself and landings on both sides of the city at Mersat bou Zedjar and Les Andalouses west of Oran, and in the Golfe d’Arzeu east of Oran. Of the beach landings, those at Arzeu were much the largest and were made with little resistance. By the afternoon of D Day all opposition in the neighborhood had ceased. (above: 3 LCM (3)’s on the beach; at center, offshore, is an LCM (1)) 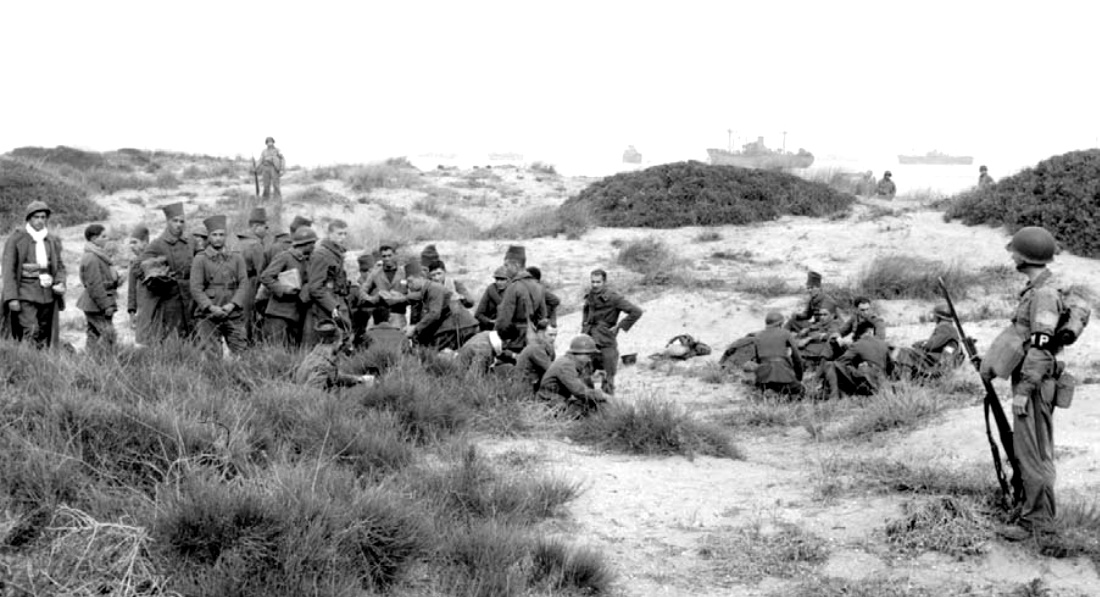 “In the fancy spectacle of life, aspire to find a joy that does not need an audience.” ― Joyce Rachelle
#JoyPublicity

Pete is leaving #TOWIE after 7 years