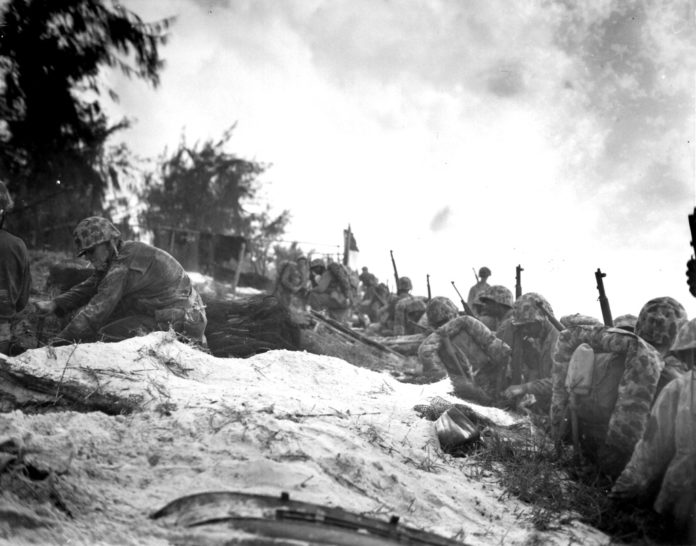 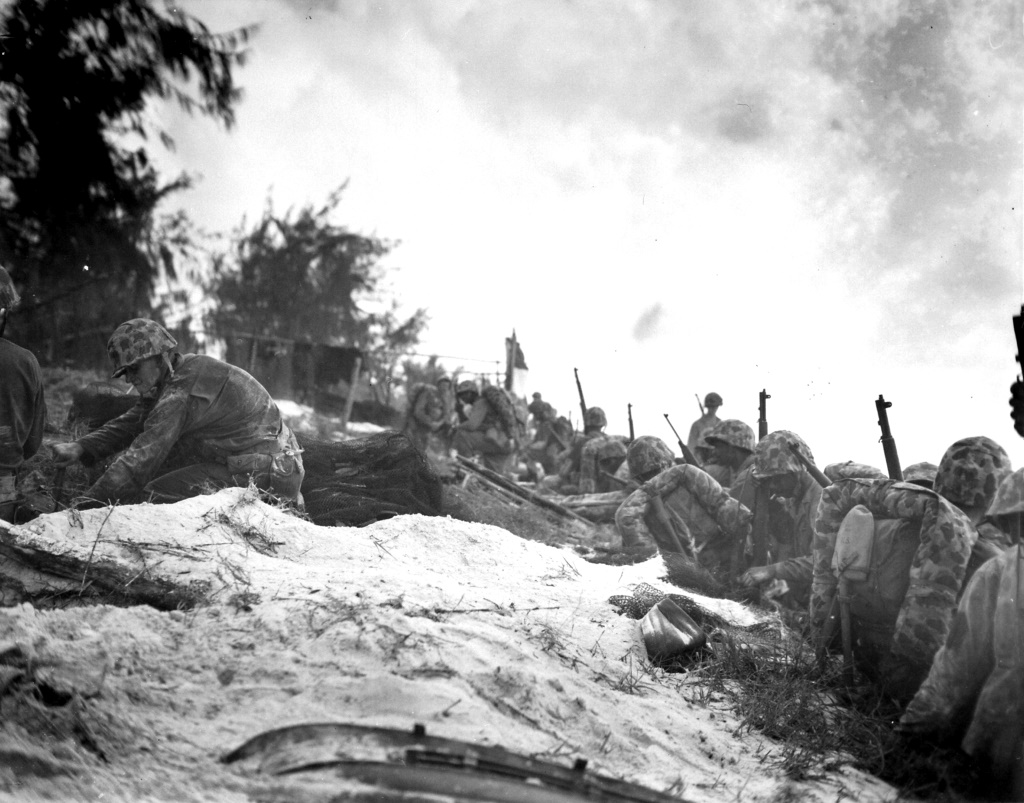 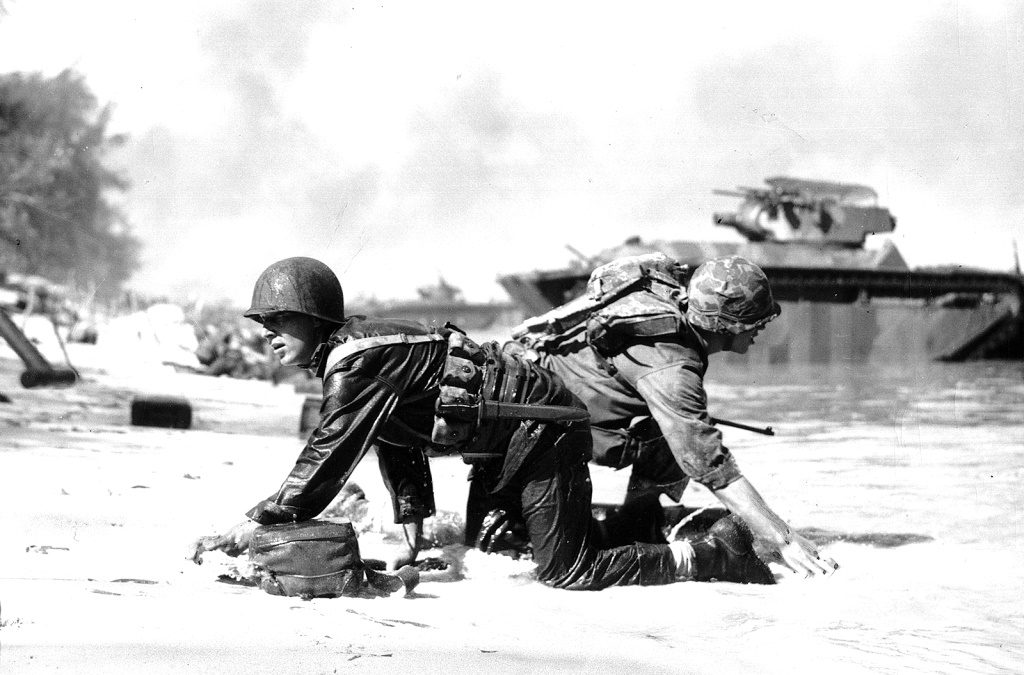 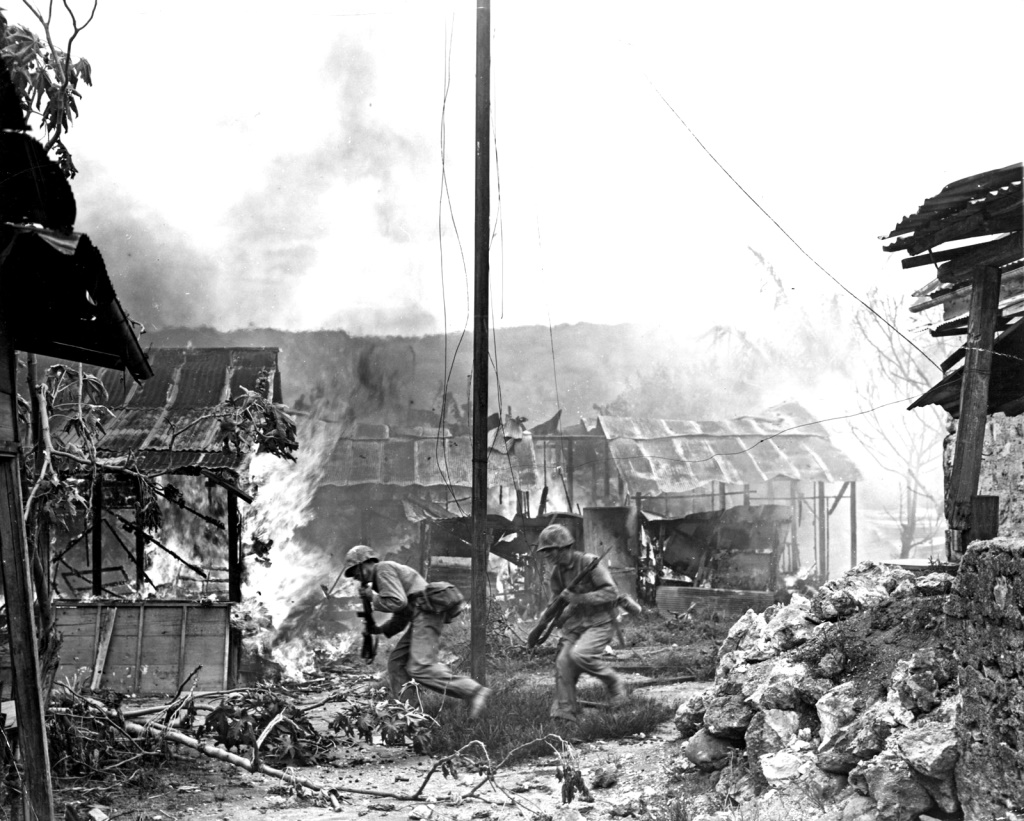 US Marines advancing against Japanese positions on Saipan, Mariana Islands, 1944.