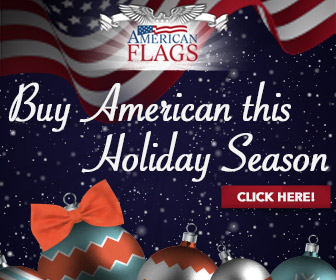 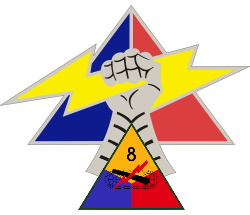 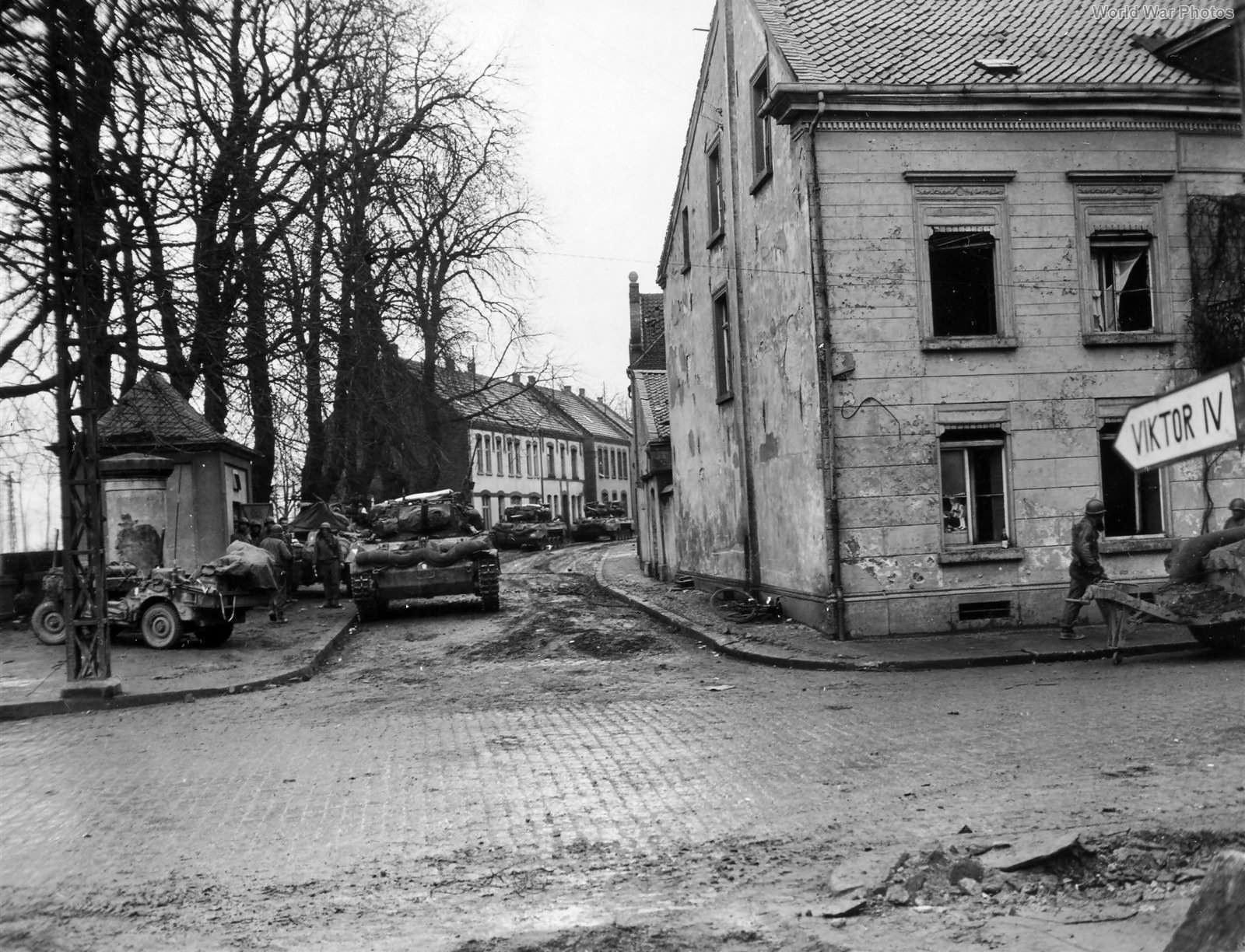 The 8th Armored Division was activated on Apr 1, 1942, at Fort Knox, Kentucky, with “surplus” units of the recently reorganized 4th Armored Division and newly-organized units. The division served as the first official military guardian of the gold vault at Fort Knox. From 1942 to 1944 it functioned as a training command stationed at Camp Polk, Louisiana. During this period the 8-AD supplied trained personnel to the 9-AD, the 10-AD, the 11-AD, the 12-AD, the 13-AD, and the 14-AD. In Septr 1943, the division completed reorganization from the old style triangular division to the new light armored division, as per War Department Letter AG-322, in preparation for activation as a combat unit. The light format armored division was made up of three combat commands referred to as Combat Command A (CCA), Combat Command B (CCB), and a smaller unit called Combat Command Reserve (CCR). Units could be assigned to one of the combat commands at need, creating a very flexible formation. During the month of Dec 1943, the division participated in the D Series of exercises in Texas. The D Series were small scale maneuver problems designed as a precursor to the full-scale Sixth Louisiana Maneuver Period. The 8-AD completed the D Series and participated in the Sixth Louisiana Maneuver Period from Feb 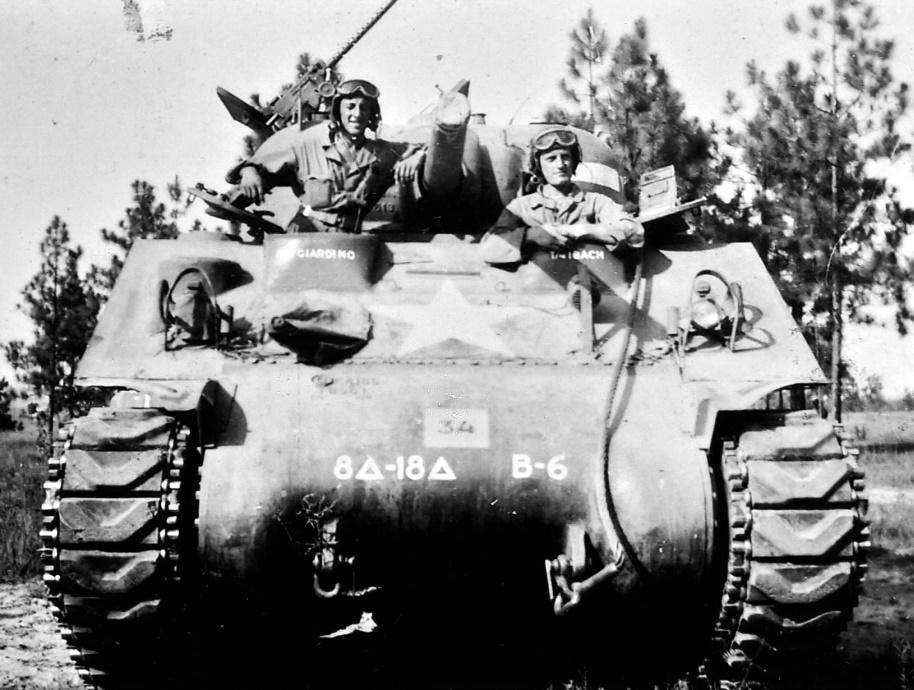 through Apr 1944 as part of the Red Force. From the period of Apr through Oct 1944, the division conducted post-maneuver training, losing a number of trained personnel to other units and absorbing and training their replacements. At the end of Oct, the 8-AD received movement orders to Camp Kilmer, New York in preparation for shipment overseas. On Nov 6, 1944, the division left Camp Kilmer and boarded ships in New Jersey for the United Kingdom. The ships arrived in Southampton on Nov 18, and the division moved to Tidworth Camp, joining the newly formed Fifteenth Army. After additional training and acquisition of new equipment, the 8-AD landed at Le Havre and Rouen in France on Jan 5, 1945. 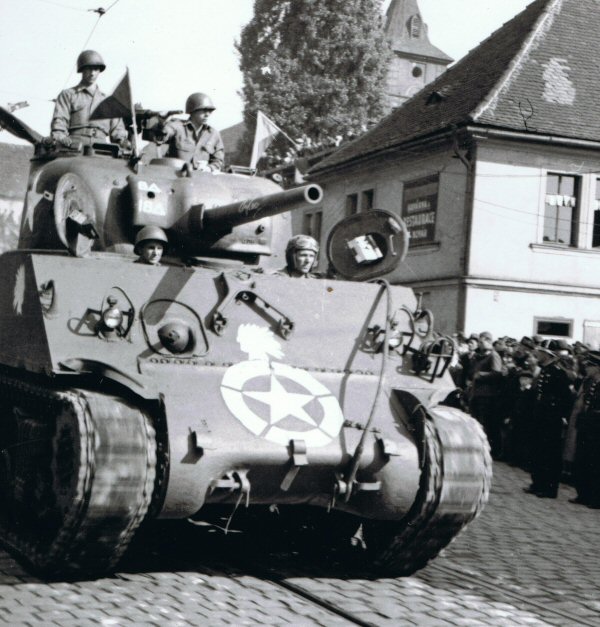 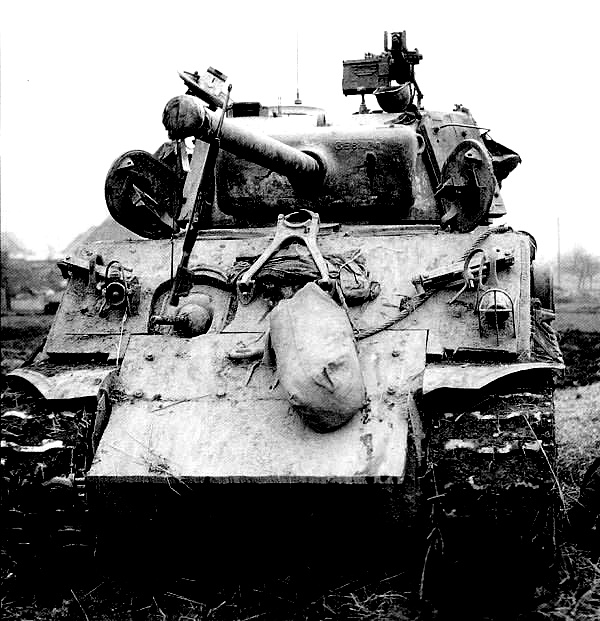 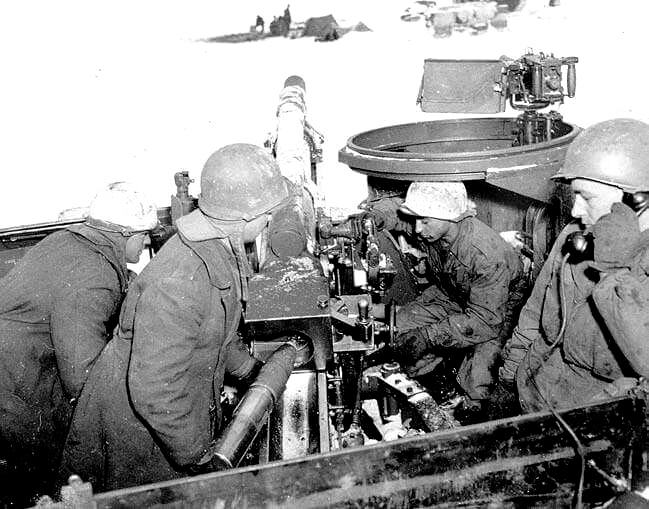 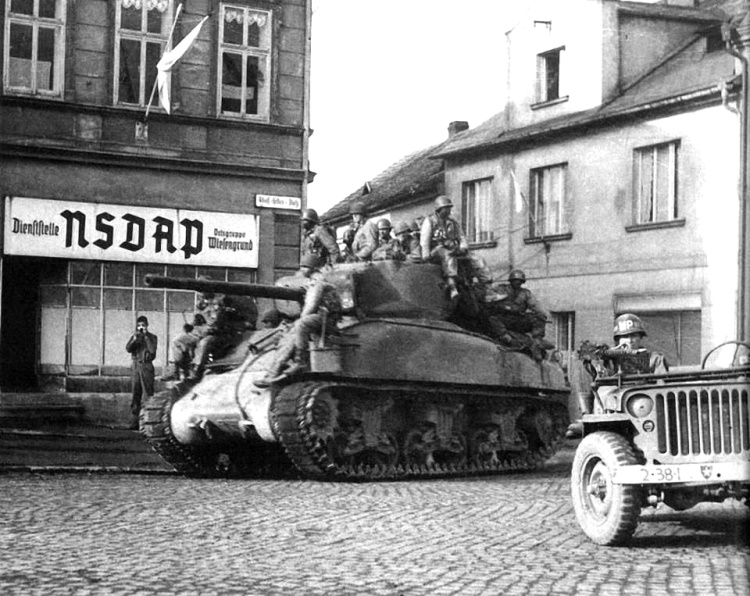 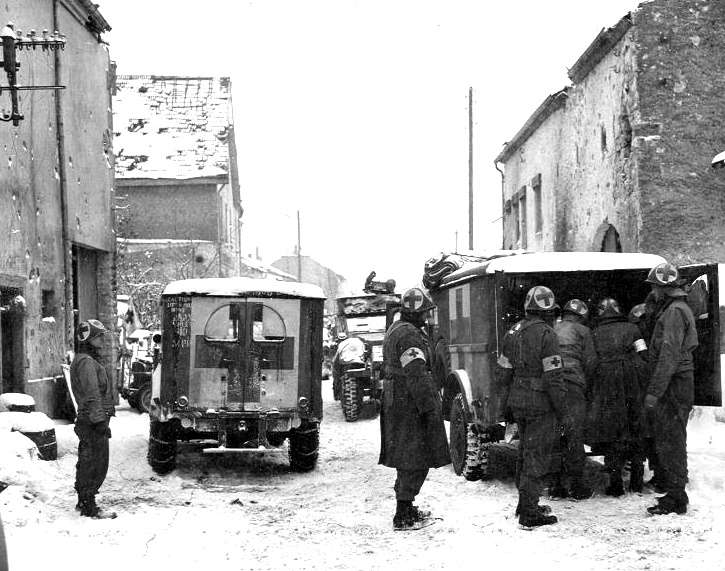 The 8-ID began moving across the English Channel on Jan 1, 1945, destination: landing at Le Harve, France. From Jan 4 to Jan 7, the unit moved across France to Bacqueville just north of Rouen then moved, Jan 8 to Jan 10, 175 miles from Bacqueville to the vicinity of the cathedral city of Reims. 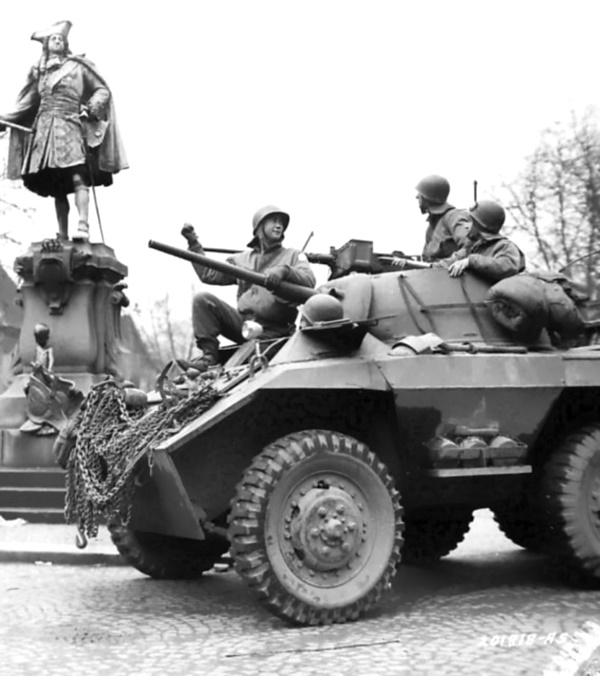 On Jan 11, the 8-ID was attached to Patton’s 3-A and, a day later, moved 105 miles from Reims to vicinity of Pont-a-Mousson, France, in anticipation of German attack on Metz. On Jan 14, the 148th signal Company, the last unit across the English Channel, joined the division. On Jan 17, the men cleared mines and removed dead, both American and German, from the Pont-a-Mousson area. On Jan 19, CCA began battle indoctrination and was ordered to attack on Jan 22 the German towns of Nennig, Berg, and Sinz in a joint attack with the 302-ID (94-ID). Nennig fell on Jan 24 during a blinding snowstorm and bitter cold, while on Jan 25, the attack on Berg began and the town was cleared by noon except for a strongpoint in Schloss-Berg which was captured that evening. The next day, the attack on Sinz began in the morning. Engineers build a Treadway bridge over an anti-tank ditch in the evening. On Jan 27, the battle for Sinz continued throughout the day until CCA was relieved after midnight and ordered to rejoin the Division.

On Feb 1, the 8-AD was detached from the 3-A and assigned to the XVI Corps of the 9-A in Holland and the 250 mile march to Holland began. On Feb 8, the Division received orders to relieve the 137-IR (35-ID), but orders were later postponed and replaced on Feb 17 with the new mission to relieve the British 7th Armoured Division (Desert Rats) on Feb 19. The Division crossed the Roer on Feb 27 and assisted the 35-ID and the 84-ID in their

push eastward, taking Tetelrath, Oberkruchten, Rheinberg, and Ossenberg against stubborn resistance. Crossing the Rhine River at Wesel on Mar 26, the 8-AD attacked east to help form the northern arm of the Ruhr encirclement. Taking Dorsten and Marl on Mar 29, it crossed north of the Lippe Canal on Apr 1 and raced east to reach Neuhaus on Apr 3. At that point, it veered south, then attacked west into the Ruhr Valley in an effort to help eliminate the Ruhr Pocket. In mid-April, when the XIX Corps drive to the Elbe River was threatened from the south, the Division was pulled out and rushed east to provide right flank protection against fanatical remnants of the German 11th Panzer Army grouping in the Harz Mountains. Assembling in the vicinity of Halberstadt, it attacked south against the German force, taking Blankenberg on Apr 20, and seizing Ottenstedt one day later was the division’s last coordinated action of the war. It continued mop-up operations and performed occupation duty in the Harz Mountain area up to and immediately following VE day. Then, in late May, it was ordered south to Czechoslovakia to assist in processing prisoners of war, operating displaced person camps, and guarding vital installations including the Skoda Munitions Works. The Division closed in the Pilsen area on June 6, 1945, and remained there until departure on Sept 19 for return to the United States and inactivation at Camp Patrick Henry, Virginia, on Nob 13, 1945.