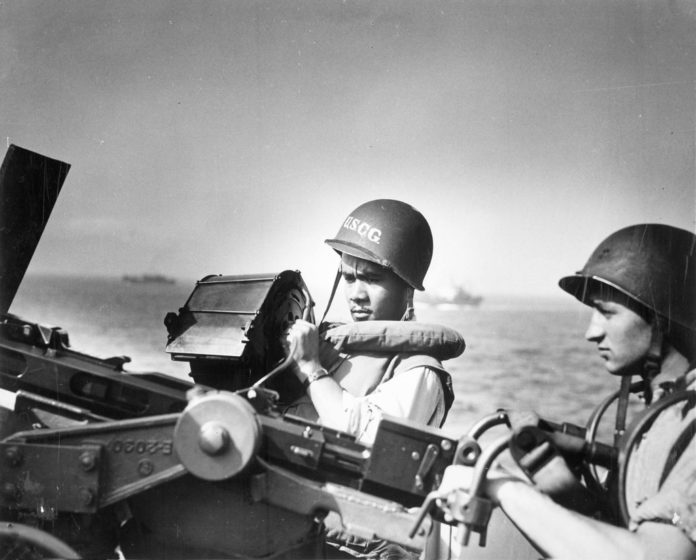 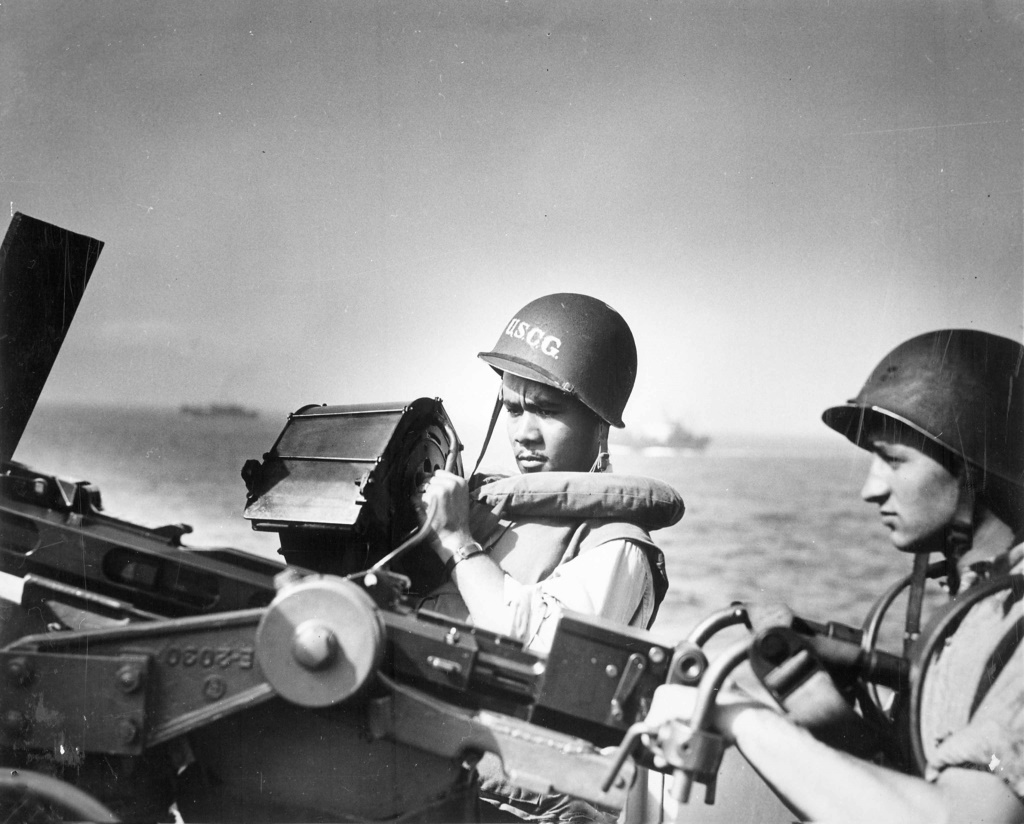 Normandy, France
June 1944
Invasion of Normandy. An anti-aircraft gun crew on a US Coast Guard transport vessel during a landing in Normandy. In the photo on the left is the 3rd-class sailor John R. Smith, on the right is Daniel J. Kaczorowski. John Smith participated in landings in Africa, Sicily, and Italy. The invasion of Normandy or Operation Neptune amphibious landing operation carried out on June 6, 1944, in Normandy by the Allies against Nazi Germany.
Photo NARA release EUCMH
This photo is available in full HD