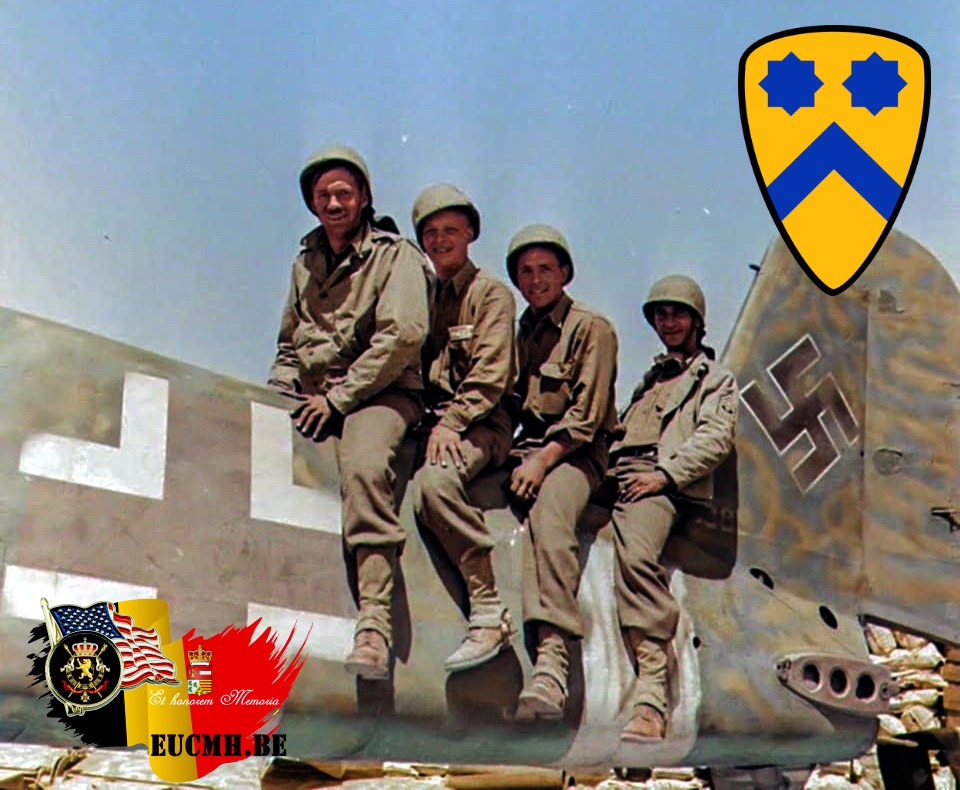 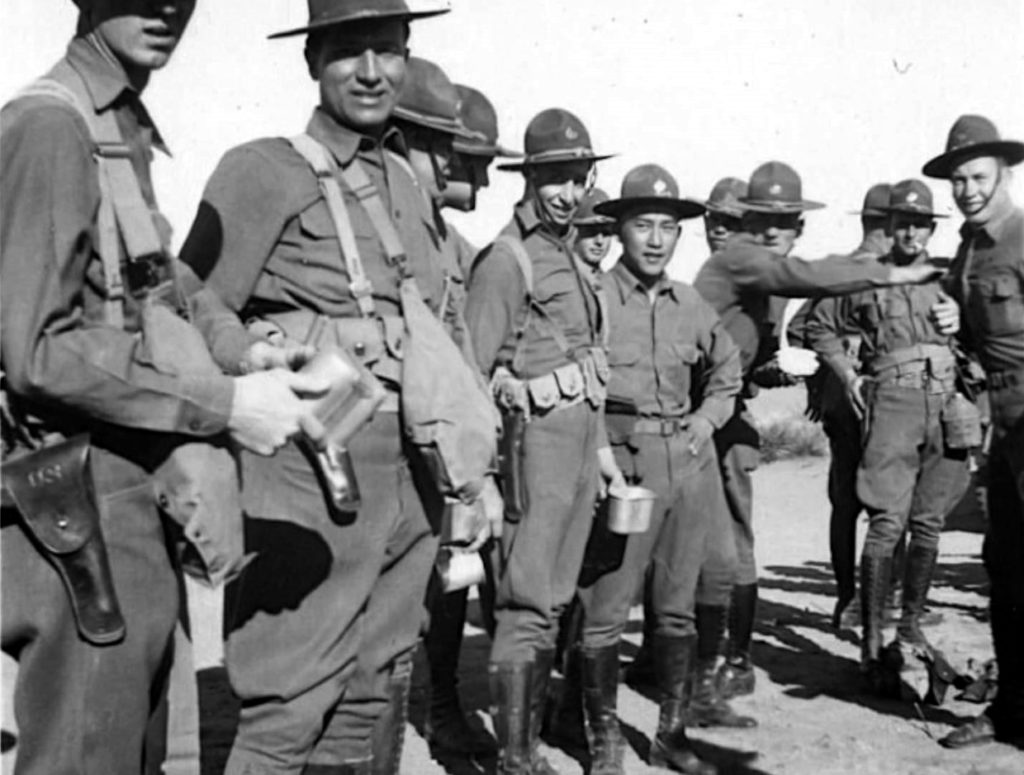 Placed on the rolls of the Army in 1921, the 2nd Cavalry Division was not activated until Apr 1941. As part of the Protective Mobilization Plan, the division was reserved for activation at Fort Riley, Kansas, but due to manpower constraints, it never reached full strength. The 2-CD (H) received the appropriate number of cavalry regiments, but units providing the organic support and service troops remained unfilled.
The first divisional activation came in Oct 1940, with the organization of the 3rd Cavalry Brigade and the assignment of the 2nd Cavalry and the 14th Cavalry. The 4th Cavalry Brigade activated during the month of Feb 1941 with the 9th Cavalry and the 10th Cavalry as its cavalry regiments. These last two regiments, the only two available for assignment, were black units.

The division, therefore, was unique to Army structure at that time, a racially mixed unit. Split between Fort Riley and Camp Funston, Kansas, neither post having adequate facilities for the division’s horse cavalry, personnel shortages continued and divisional elements were activated using provisional assets. Gen John Millikin, the 2nd Cavalry Division CO in Jun 1941, envisioned a combined use of mechanized and horse cavalry within the division.
During the month of July, Troop A, 2nd Recon Squadron, was formed provisionally as a mechanized divisional element. The division, now organized with horses, scout cars, jeeps, and motorcycles, spent most of the rest of the summer training with its new equipment.

The 2nd Cavalry Division (H) participated in the Second Army Maneuvers of late August as a component of the Red Forces facing the VII Corps’ Blue Army. Given the task of capturing Arkansas and Louisiana, the 2nd’s mission ended on Sep 9 with divisional elements at Chatham, Louisiana. During the next week the division became part of a second training operation. This time the division served with the Second Army’s Red Force, now challenging the Third Army’s Blue Force. The Second Army’s first goal was to defeat and remove the Blue Forces from southern Louisiana, and then to keep the enemy from capturing Shreveport. At the close of these maneuvers, the 2nd Cavalry Division returned to Kansas, having prevailed with Blue Forces still forty miles from the city.

By November, the 2nd possessed a number of its organic support troops although most were still functioning in a provisional status. The end of the month found the division involved in another set of training maneuvers. The operation, Practice Blitzkrieg, was based in Kansas and finished with the 2nd Cavalry Division’s capture of Topeka. The exercise ended when the divisional military police unit seized the governor who feigned a surrender of the state.

The surprise attack on Pearl Harbor on Dec 7, 1941, triggered fears of assaults on the west coast and invasion threats from south of the border. A new emphasis was placed on the continent’s western defenses and the division deployed its 3rd Brigade to Arizona. Gen John B. Coulter, the brigade commander, was also given command of the Southern Land Frontier Sector of the Western Defense Command.
Under him, the 2nd Cavalry, stationed at Phoenix, and the 14th Cavalry at Tucson, patrolled the Mexican border for the next seven months. 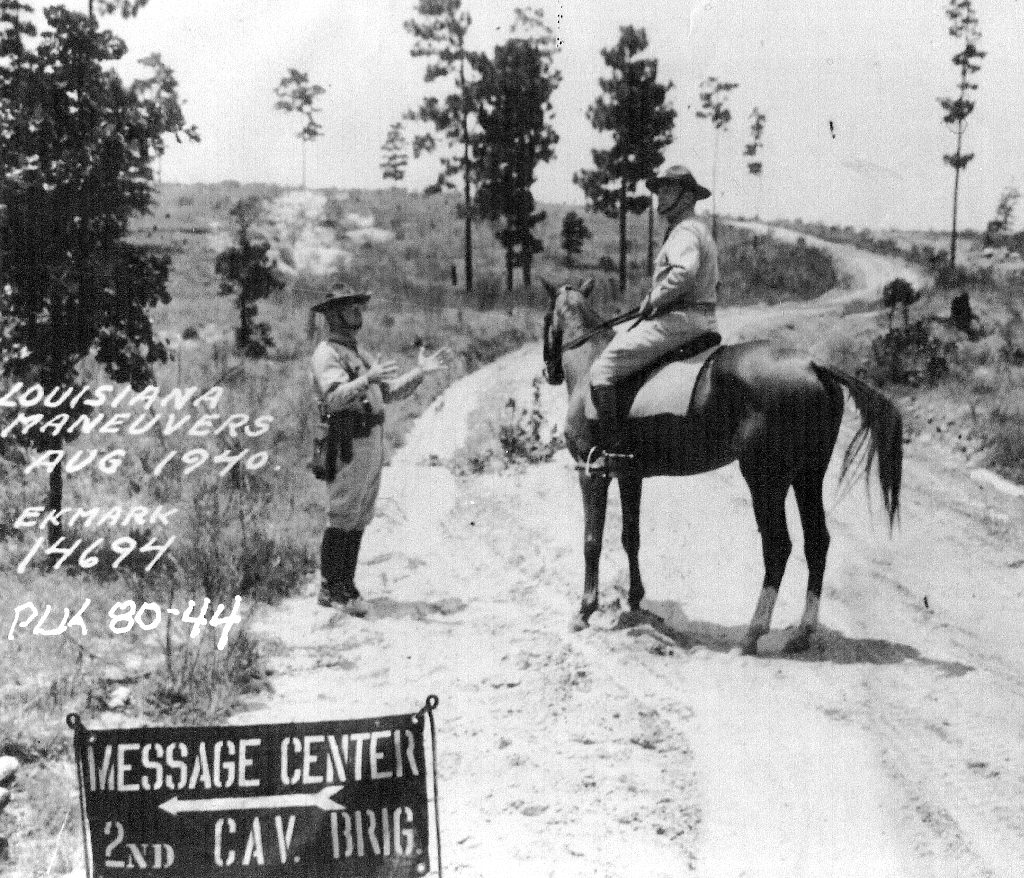 Meanwhile the 4th Cavalry Brigade, still at Camp Funston, continuing an endless cycle of training. Constantly called on to provide the cadre for new units, the 9th Cavalry and 10th Cavalry routinely lost veteran personnel and received untrained recruits. During the spring of 1942 a War Department decision to increase the number of armored divisions within the United States Army resulted in the planned conversion of the 2nd Cavalry Division. White troops in the 3rd Brigade were used in the formation of the 9th Armored Division. The 2d and 14th Cavalry were inactivated and their personnel transferred into the newly formed 2d and 14th Armored Regiments, both elements of the new armored division. On Jul 15, 1942, the 2nd Cavalry Division was inactivated. The 4th Cavalry Brigade with its black regiments, however, remained active.

Filled using recruits straight from the induction centers, the 2nd Cavalry Division (Horse) spent most of the spring and summer of 1943 training its soldiers. The division provided these men with their basic training as well as instruction in Cavalry operations. The divisional training as a whole, however, would not be tested. Stating that there was no intrinsic need for a second cavalry division, the WD had devised a plan to use the 2nd Cavalry Division personnel to form needed service units. Black community leaders, reacting against the criticism of the performance of negroes in combat units, protested the possible conversion of the division. The debate over the capabilities of black units continued but the decision concerning the status of the 2nd Cavalry Division was already made. The War Department ordered the division to be shipped overseas where the conversion would take place.

During the month of January 1944, the 2nd Cavalry Division was dismounted and shipped back east for deployment abroad. Arriving at Oran, North Africa on Mar 9, 1944, the division was inactivated the next day. 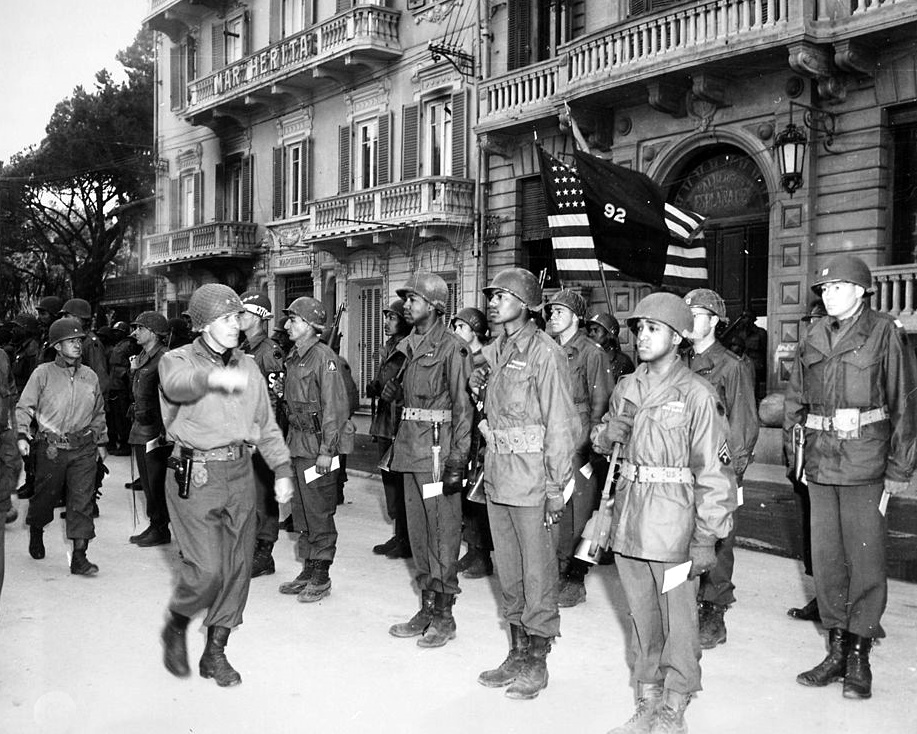 The division was never engaged in combat and was instead assigned to construct airfields for the Tuskegee Airmen in North Africa and perform garrison and supply duties there.

The division also provided replacement troops for the all-black 92nd Infantry Division which was heavily engaged in combat in Italy and southern France. During the division’s existence, its soldiers experienced substandard housing, equipment, and mess facilities.