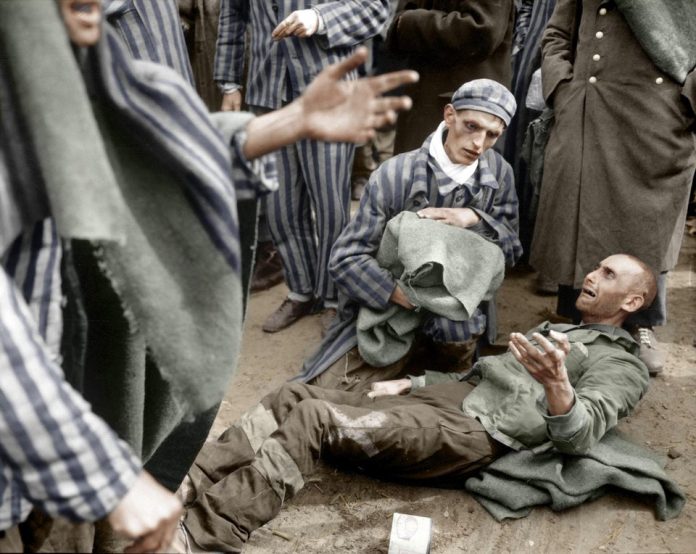 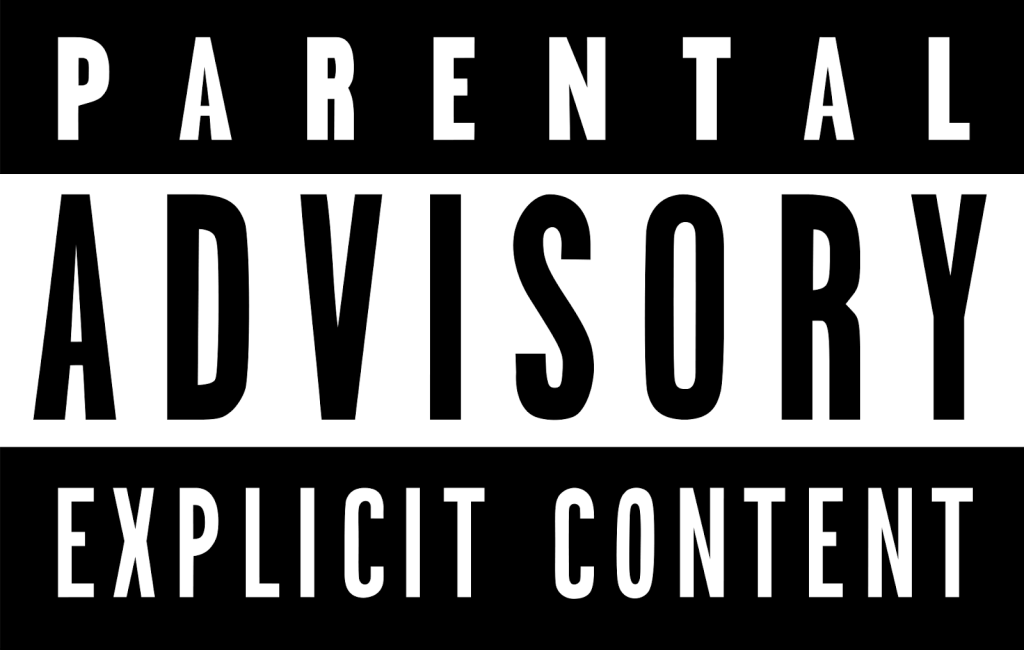 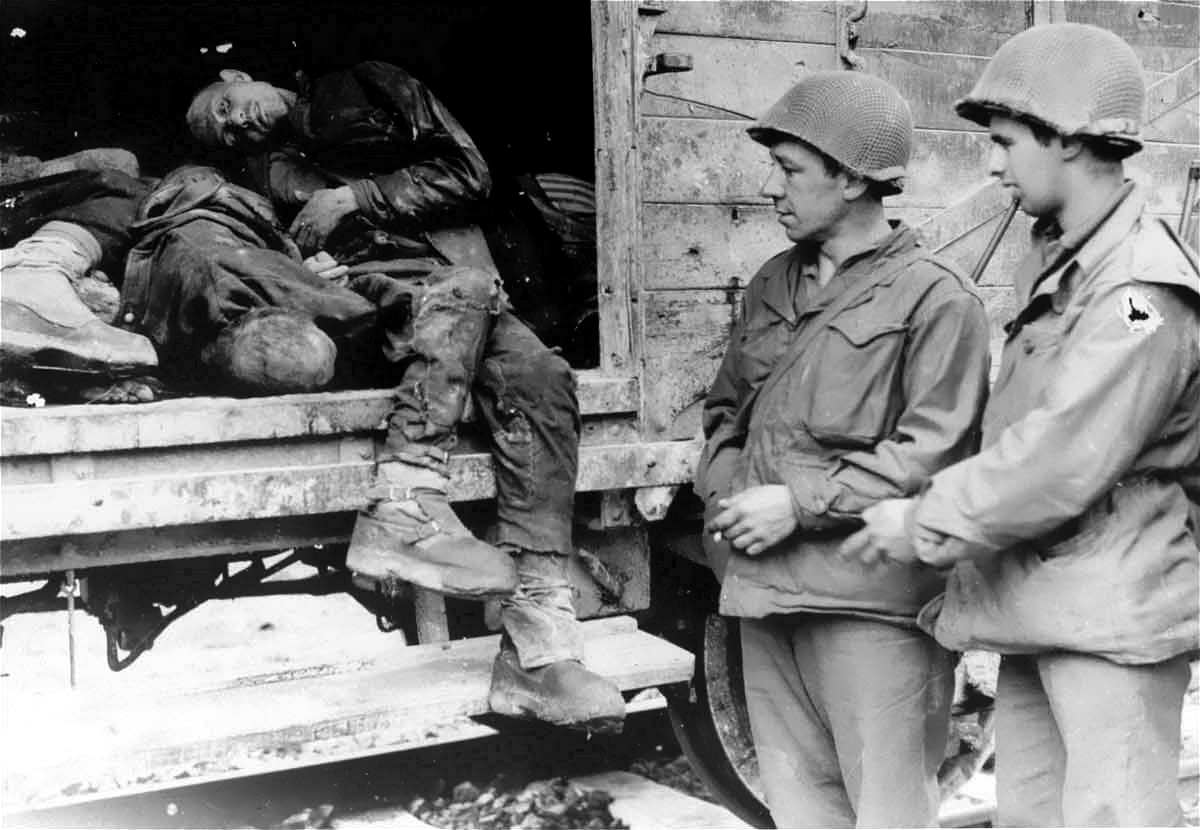 Boy oh boy am I having a heck of a time trying to find time to write. We are really moving. My days have been consisting of getting up between 0630 and 0730 eating, throwing my stuff in a Jeep and taking off.

Went to visit the regiments and sometimes the battalions and then head for a new CP. By the time we get into the new CP and set up it 2300 at night or later and I am so tired. I just hit the sack, so I really haven’t had much time to write. I received the fruit cake the other day and boy was it good. That package contained all the right things. I have lost my chapstick and my lips were chapped so it really came in handy.

Well, to go on with the story as you know we have been moving very rapidly, and oftentimes the boss and I get into the towns just about the same time the front line troops do. Yesterday we started out to locate a company and a unit advancing down a road. En route, we learned from civilians and two newspaper people that just off the main road was a concentration camp of Dachau, the oldest largest and most notorious camp in Germany. These newspaper people were going up to see the camp so we decided to go up too. 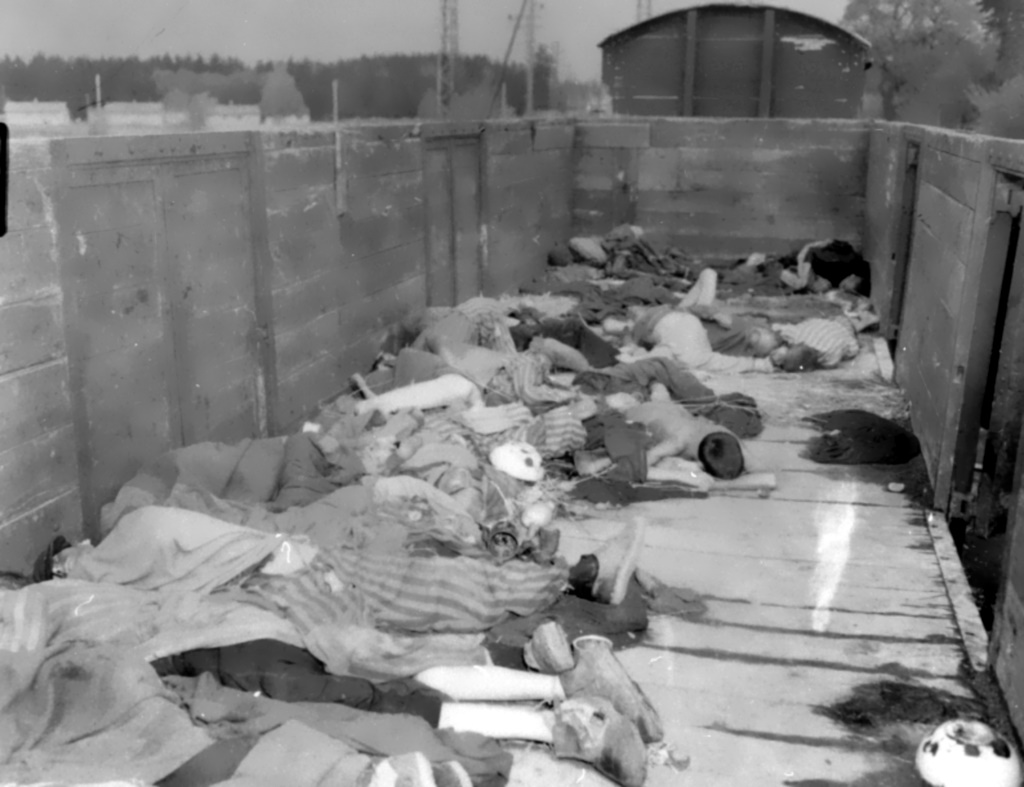 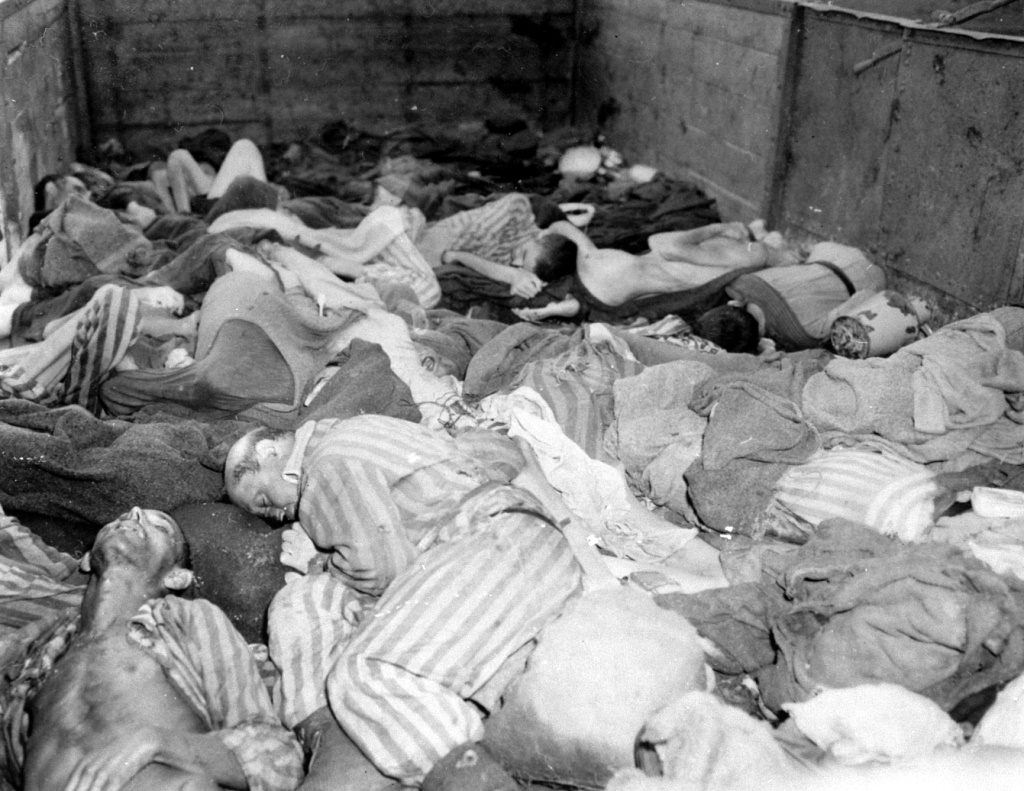 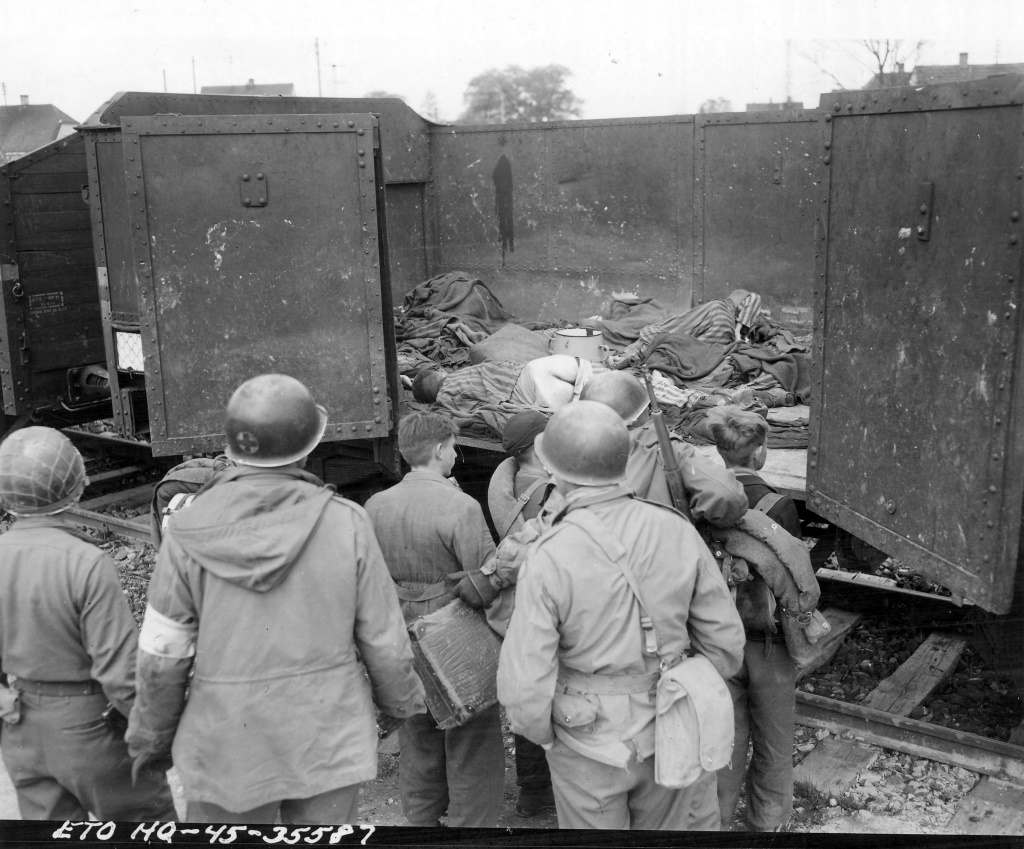 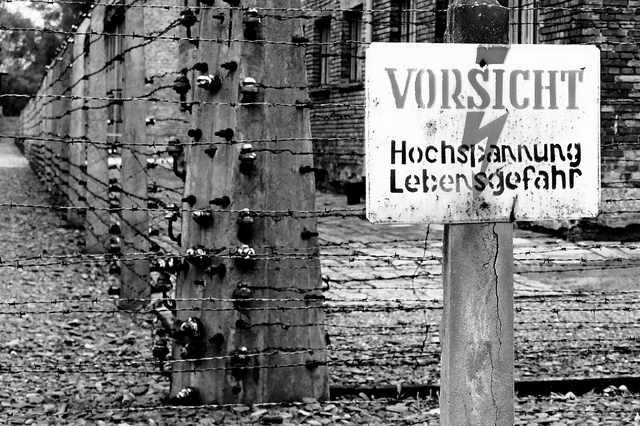 Then a terrible thing happened. Some of them in their frenzy charged the barbed wire fence to get out and embrace us and touch us. Immediately they were killed by an electric charge running through the fence. I personally saw three die that way. Our troops arrived about that time and took the rest of the guards, Germans (who during all this time had remained in the towers around the prison.) A number of them and I sincerely regret that I took the eight prisoners that I did after a trip through Camp which I shall describe in a minute. Well, the General attempted to get the thing organized and an American Major who had been held in the Camp since September came out and we set him up as head of the prisoners. He soon picked me to quiet the prisoners down and explain to them that they must stay in the Camp until we could get them deloused, and proper food and medical care. Several newspaper people arrived about that time and wanted to go through the Camp so we took them through with a guide furnished by the prisoners. 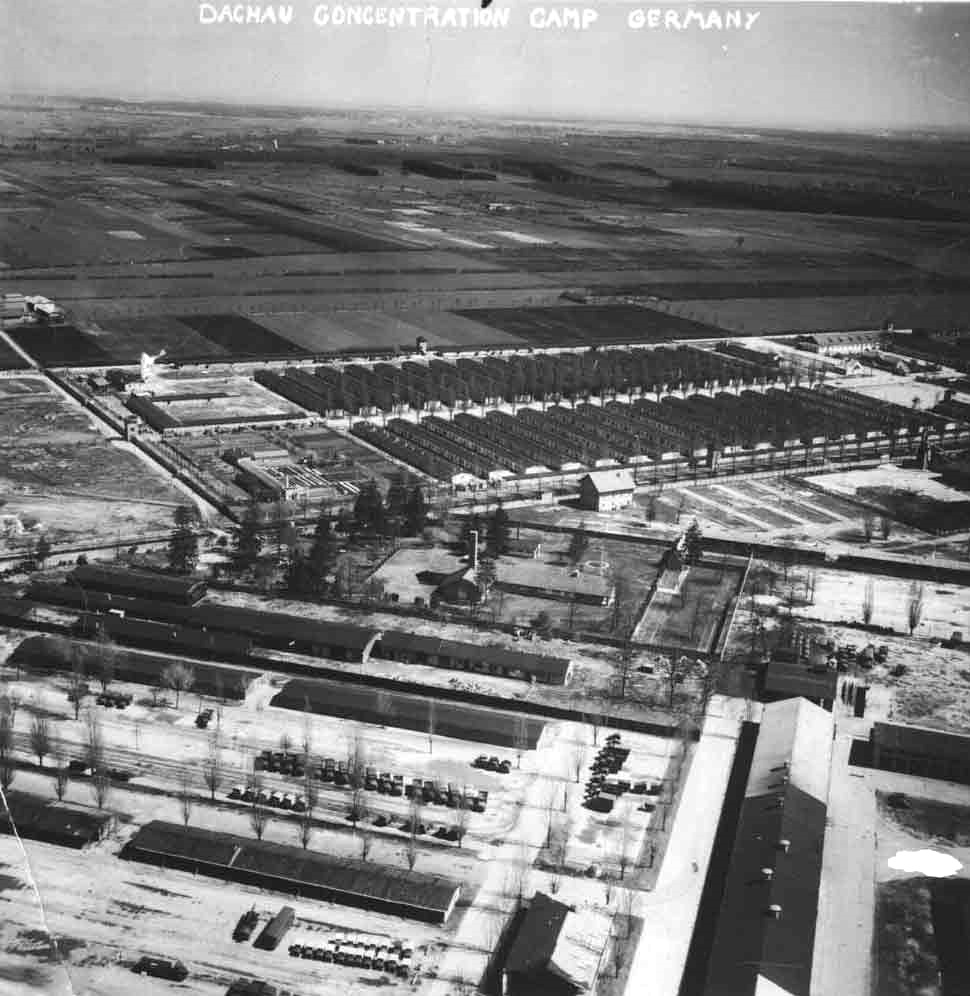 Every First Minister in Australia has signed a commitment to support the Voice to Parliament.

If light is in your heart, you will find your way home.
#Rumi
#writing

The darkest days in the life of David Bowie as told by David Bowie. #BowieForever #DavidBowie

India’s 2023 Economic Survey, presented ahead of the union budget, underlined the urgency of green finance, a relevant area as India assumes presidency of the G20, a forum for international economic cooperation. @kundanpandey158, @MongabayIndia reports:
https://india.mongabay.com/2023/02/economic-survey-bats-for-syncrhosed-effort-to-deal-with-climate-change/

Sunrise was so bright this morning in County Antrim @ThePhotoHour #StormHour

100 Dems refuse to vote with GOP against ‘horrors of socialism’ after Cuban-American Rep’s troubling warning http://dlvr.it/ShsbDh