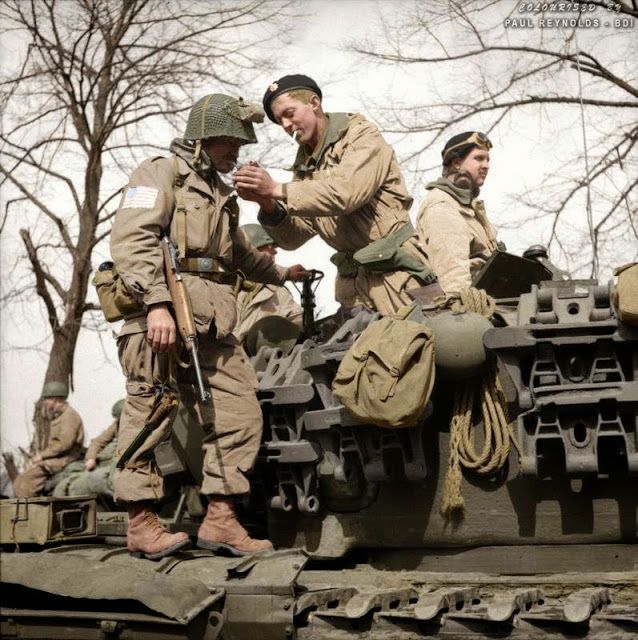 This is a request from a friend in Columbus Ga, Carol Klinger which is not only a friend but also the daughter of Captain Jack Klinger Woolbright, Commanding Officer of Baker Company, 1st Battalion, 194th Glider Infantry Regiment, 17th Airborne Division. Captain Klinger which was a Scout of Colonel Del Townsend, was, unfortunately, Killed in Action on the morning of January 7, 1945. Searching for any information about the fate of her Dad, Carol had arranged a meeting with Colonel Townsend for the next reunion of the 17th Airborne Division Association a couple of years ago. As many knows, Colonel Townsend didn’t make it to this reunion as he passed just before.

Anyway, the European Center of Military History community (EUCMH) will take this over and try to get everything possible out, but if anyone can be a part of this project, that would be great because things are not often as easy as they look.

In any way and in any case
Thank you to everyone

Hi Gunter, Thank you for your interest. I am working on writing my Dad’s legacy and have many empty spots. My Father, Captain Jack R. Klinger, was in the 17th Airborne Division, 194th Glider Infantry Regiment, 1st Battalion, Baker Company’s Commander. I have no after-action report with his name mentioned. I would love to know where and when his unit landed and his march to Bastogne. He was killed on the morning of January 7, 1945. Colonel Del Townsend told me this before he passed away. I was to meet with him but he never made it to the reunion that year. He was my father’s scout. If you know his details up to 7 Jan 45 when he was wounded trying to get a message to my father about Panzer Tanks covered with hay and snow but radios were frozen. Exactly where they were is a mystery. Also the battles prior to Battle of Bulge on would be most appreciated.

Readers can answer right on this page (below)